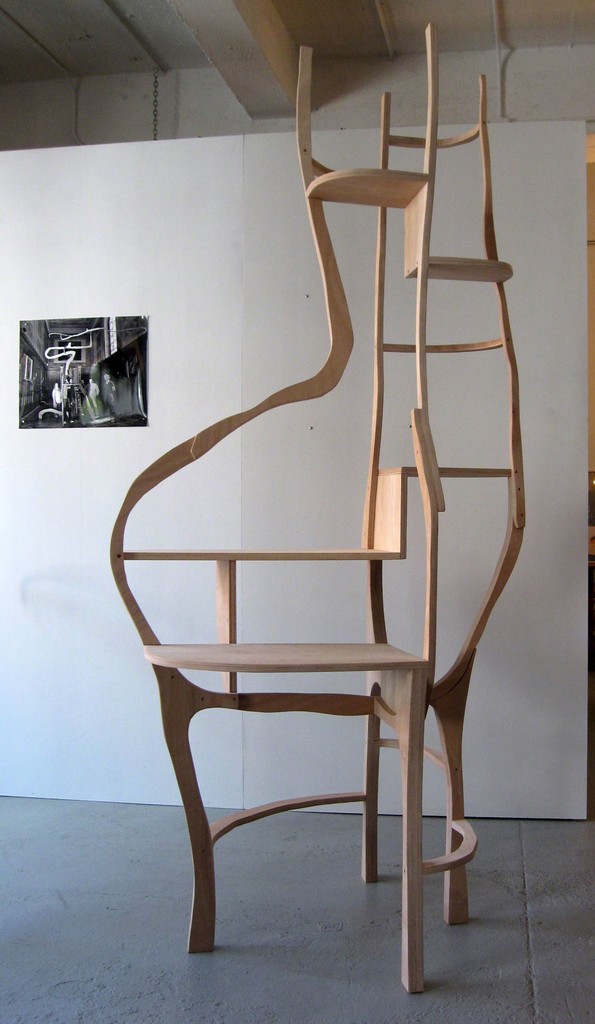 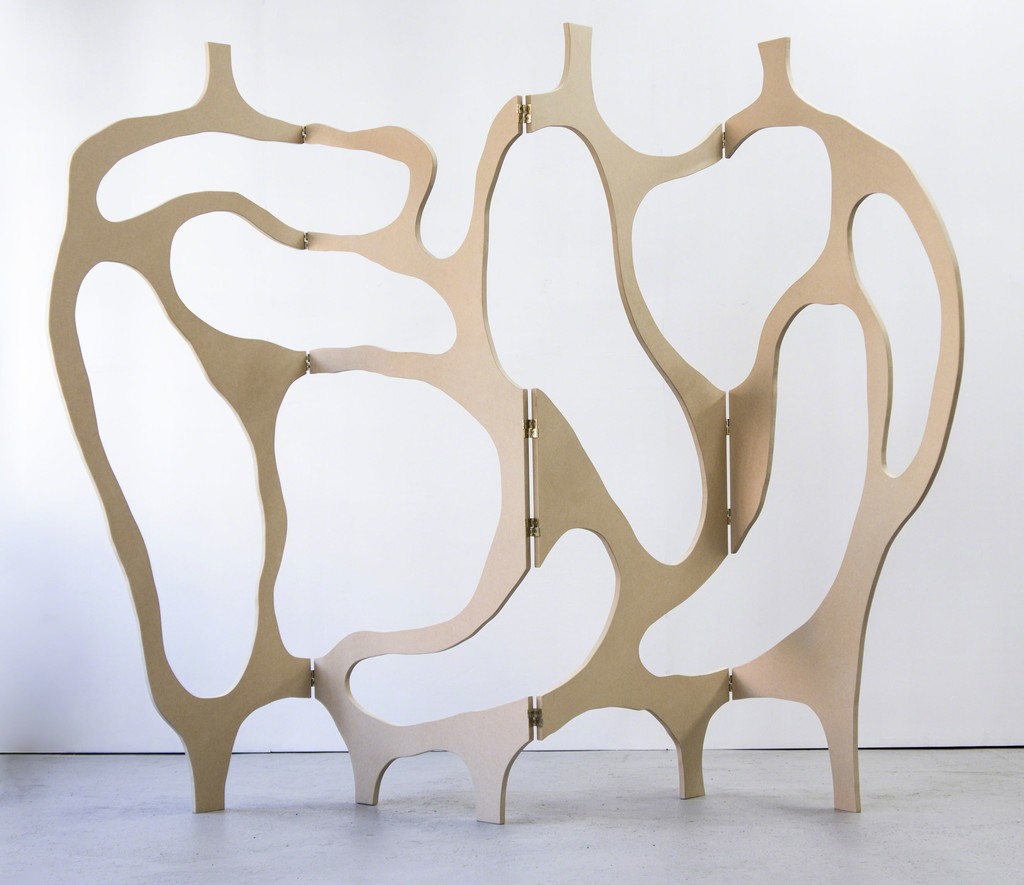 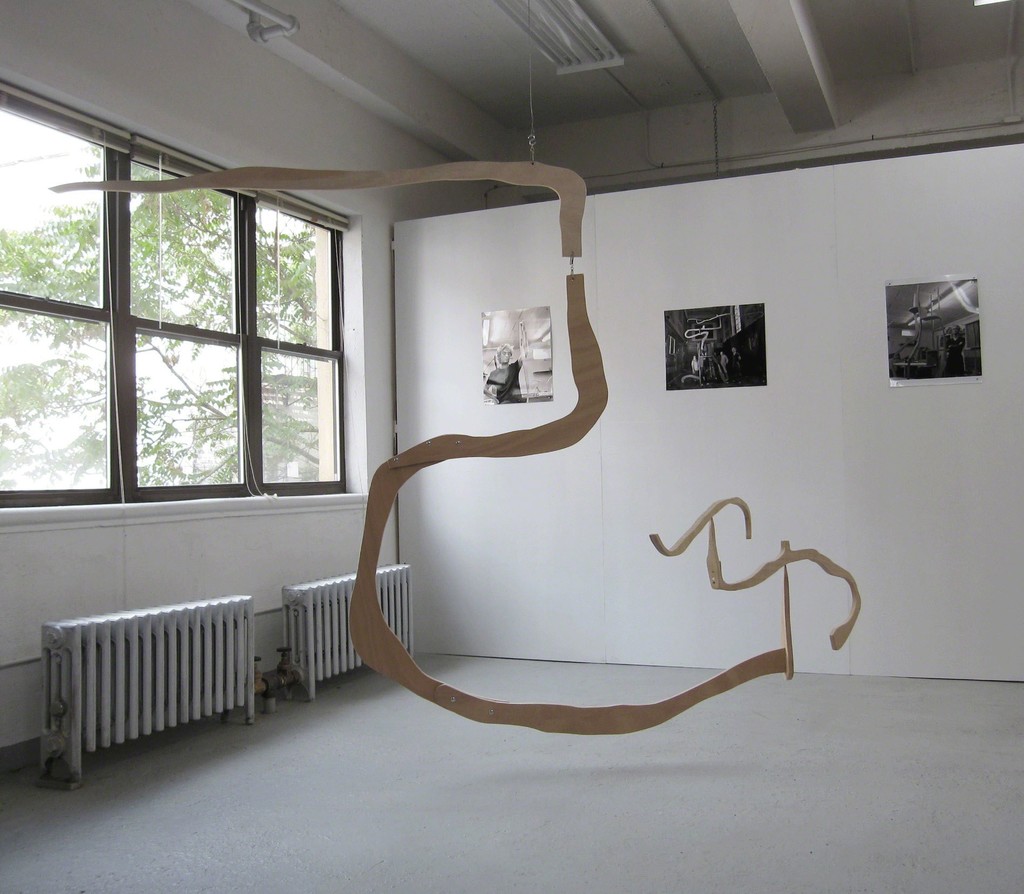 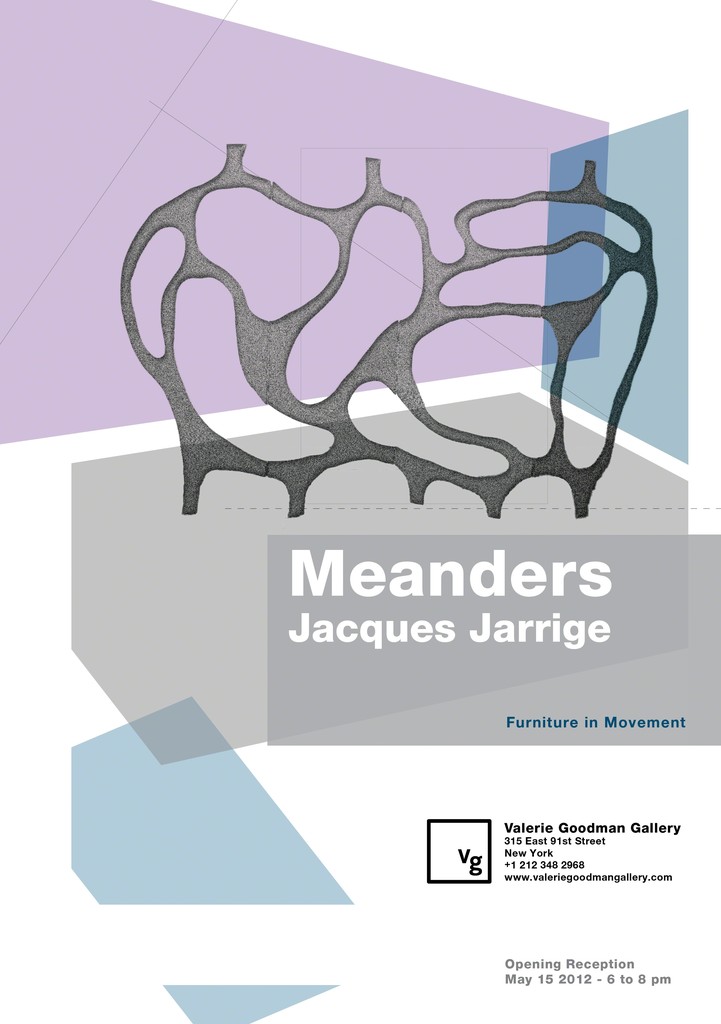 New York, April 13, 2012— NEW YORK- Valerie Goodman Gallery is proud to present from May 15 – July 15, 2012 together with Jarrige’s latest sculpted cabinets, screens/ room dividers, mobile sculptures and a standing lamp , the fruits of an important association between the artist and the patients of l’Hopital de Jour, a psychiatric hospital outside Paris. An impressive mobile sculpture and a console will be on display accompanied by photographs and video exploring the collaboration and unique creative process. An opening reception will be held on May 15 from 6 –8 PM at the gallery 315 East 91st Street, 4th floor.
There is a unique creative flow between the artist and the group of patients from the psychiatric hospital, a relationship of more of more than 20 years. The free and nurturing exchange benefits all.
Jarrige explains“… when later I started on a larger version of this cabinet … I traced the same meandering line I initially had brought to the hospital and realized something was missing. The line was too rigid, predictable and didn’t interest me. I realized what had been lost was this look we had found while making the first cabinet together, something that came alive with the rip saw because the cut was natural like the lines erosion makes on a riverbank…. I wouldn’t have found this unique quality of the line without the collaboration with the patients.”
Claire Le Douaron, psychoanalyst at the institution has been photographing and filming the collaboration between the artist and the patients. Her work demonstrating important aspects of this collaboration will be on view during the exhibition. “what happens at the workshop is important because there is a great sense of equality between the artist and the patients as their exchange is anchored in the creative experience. They play well together and that is what builds the Self and the feeling of being that ensue, a situation fully studied by Winnicott”
Jarrige explains further: “I build as I go so that the vocabulary and the technique amplify and strengthen each other. It is what makes the process so stunning and captivating. It is also why I work so well with the patients because they are in the moment like me, finding solutions and expanding as we go.”
Jarrige’s work has been collected and exhibited internationally. The work collected can be seen in publications including World of Interiors (May and September 2011) , Architectural Digest France (summer of 2011) and Maison Francaise (September 2011) among others . His work is in the permanent collection of the Mobilier National (France) and has been exhibited at venues including Entrepots de Bercy, Paris Galerie En Attendant les Barbares, and L’Ecole Francaise VIA .
Mobiles created by the hospital workshop have been exhibited in 2010 and 2011 in Eglise.., Paris