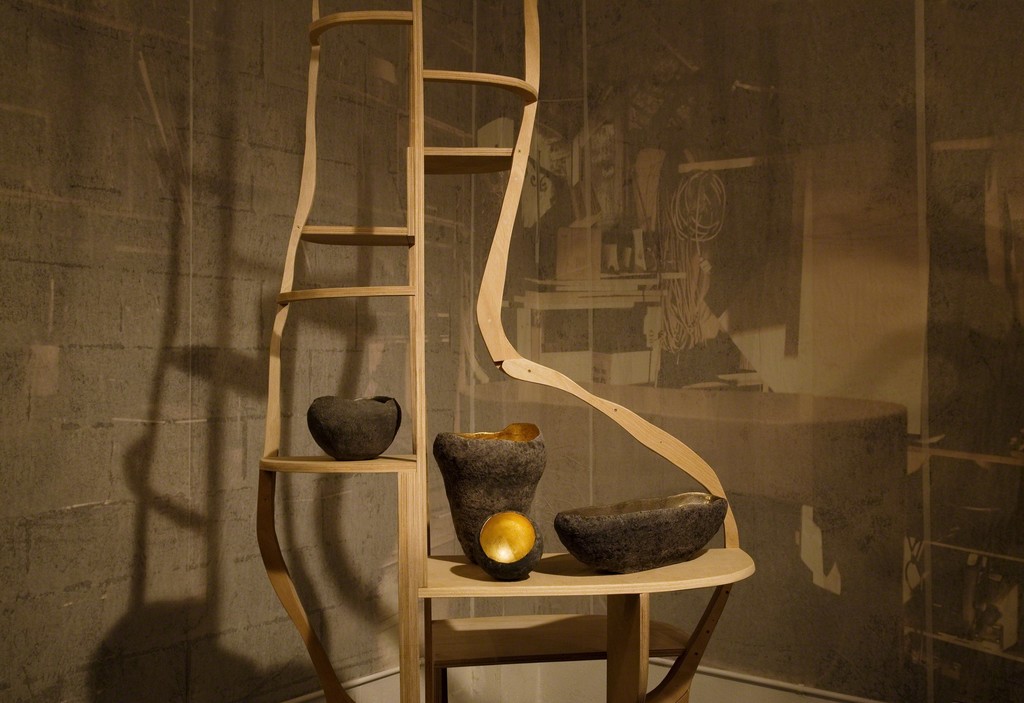 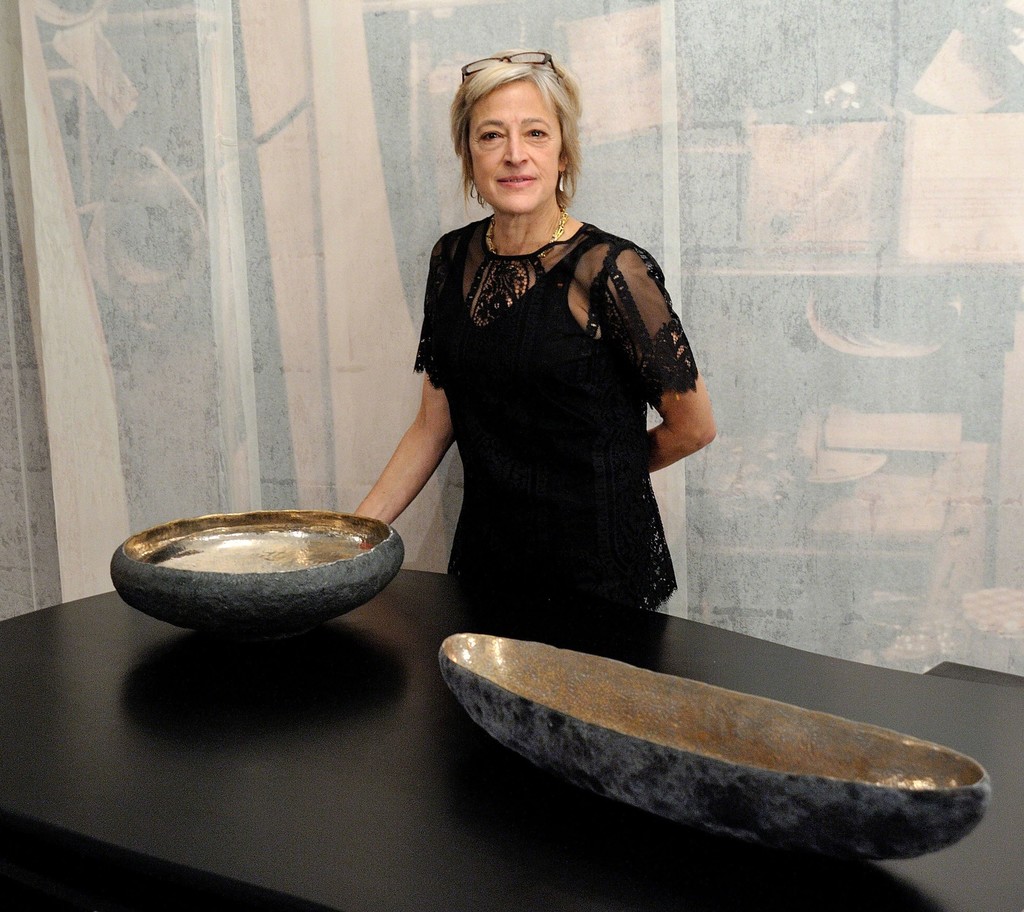 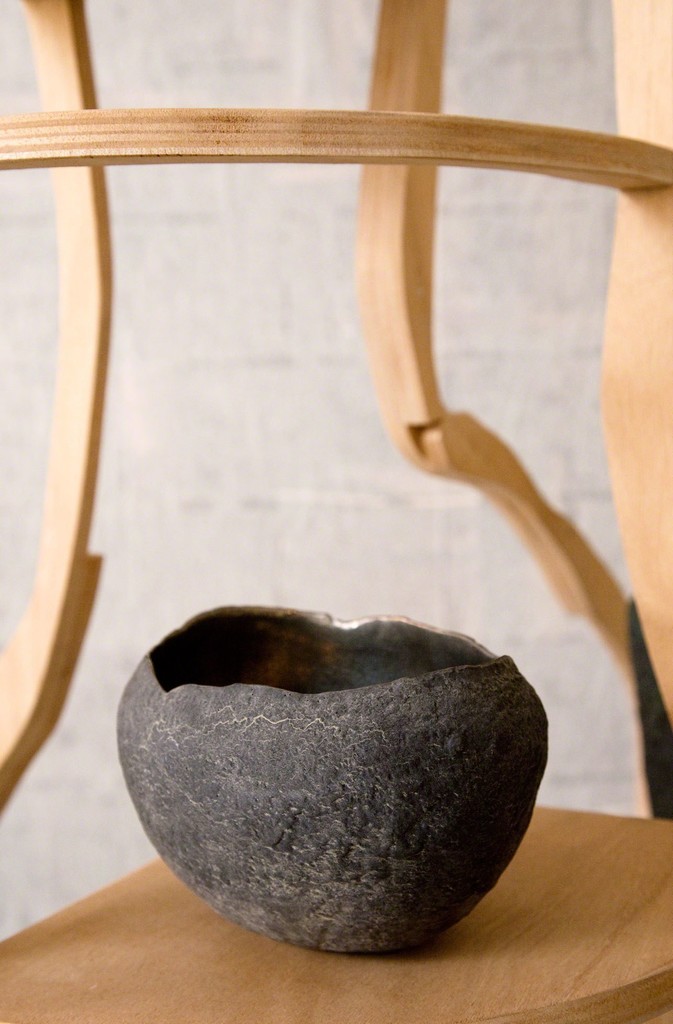 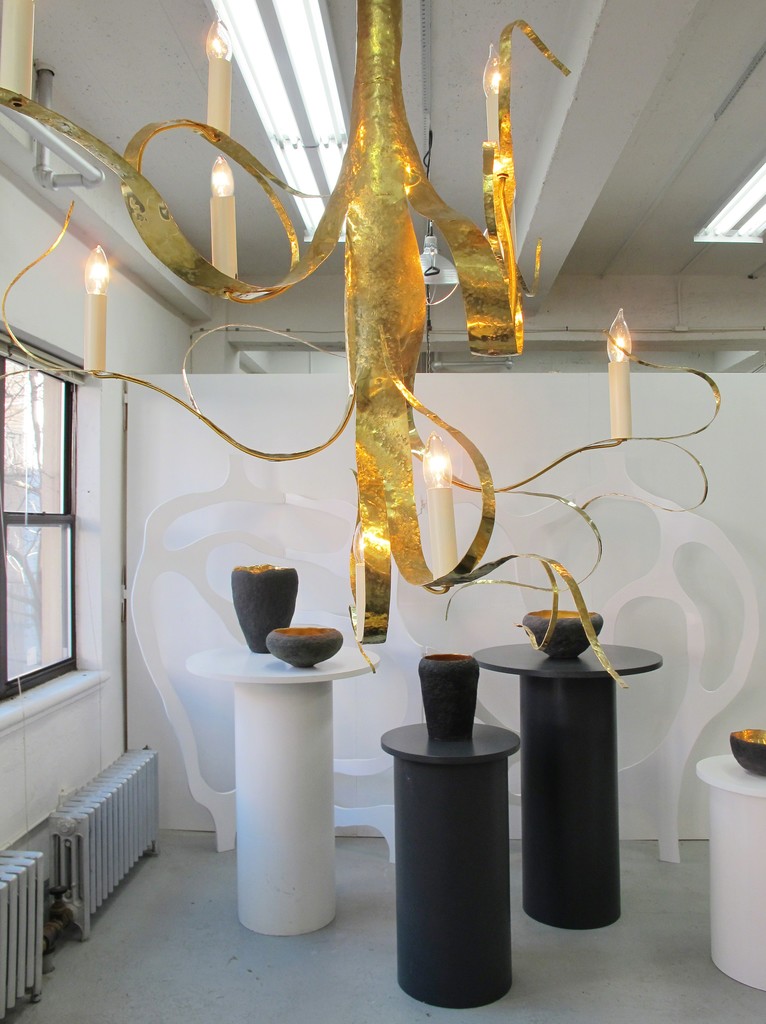 Valerie Goodman Gallery is delighted to present "Opposites," a collection of twenty new vessels by Cristina Salusti. This will be her first solo show at the gallery and her first New York exhibition in twenty five years. We would like to invite you to a reception on November 13th, between 6:00 pm and 8:00 pm at Valerie Goodman Gallery, 315 East 91st Street.

For all her life, stone has been the material that speaks to Cristina Salusti − she loves to listen to the ancient silence trapped in the marble and granite of Italy (home of her family), where she often searched the quarries for the perfect rock. Clay − stone's malleable and less mysterious opposite - entered her artistic practice through the backdoor, literally: when Salusti studied sculpture at Columbia University, she would take breaks from her stones to chat at the nearby ceramics studio, and so when a back injury prevented her from lifting anything heavy, she was already immersed in her new medium. But Salusti has never given up her passion for stone and began recreating its appearance in clay by pressing chips of her sculptures into the soft surface.

As in her marble and granite sculptures, Salusti forever explores the juxtaposition of the smooth and the rough: like a geode split with a clean cut or like an oyster cracked open, her vessels reveal a jewel-like, pearlescent interior held in a coarse shell of pinched clay. There is an instance of surprise when discovering the light gleaming inside a lava-like bowl, that suddenly wide-awake sense of stumbling upon a secret treasure. Some of Salusti's new pieces may evoke the iridescent blue of an icy mountain lake while another might conjure the teeming green depths of the Amazon. Most of them are lined with a layer of 22-carat gold, some with platinum over gold and often crackled in the Japanese tradition: collecting the light the way a pond does at dusk, these vessels seem to be illuminated from within. Pieces are oftentimes fired as many as ten times to achieve the desired inner and outer patina. For the artist, her otherwise non-utilitarian objects have just one task: "I want their presence to be felt as a quiet, meditative place that makes you pause."