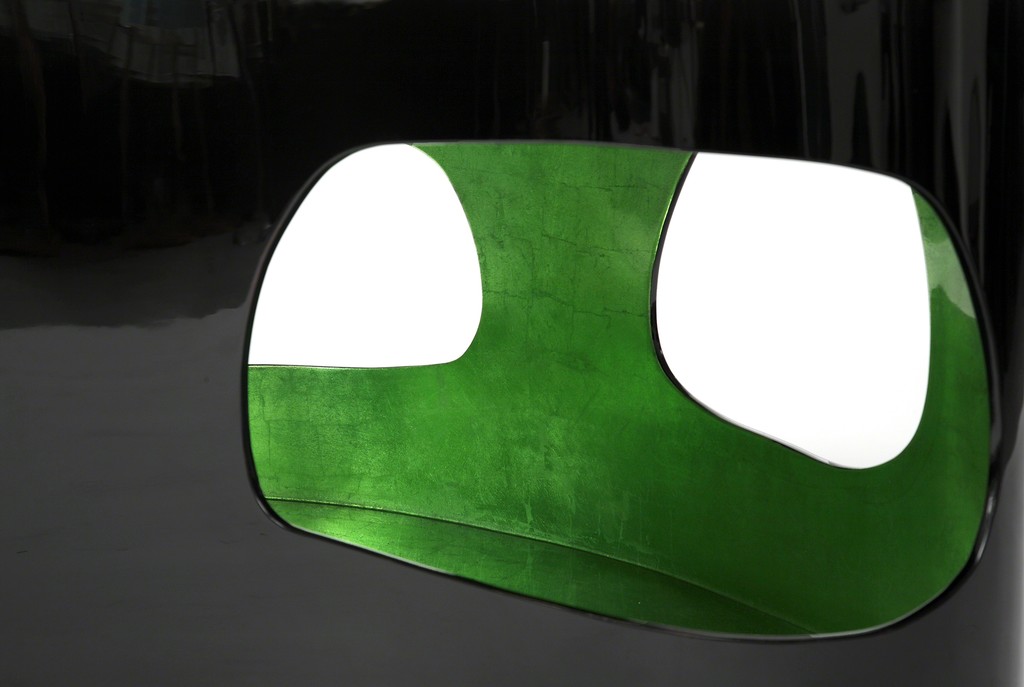 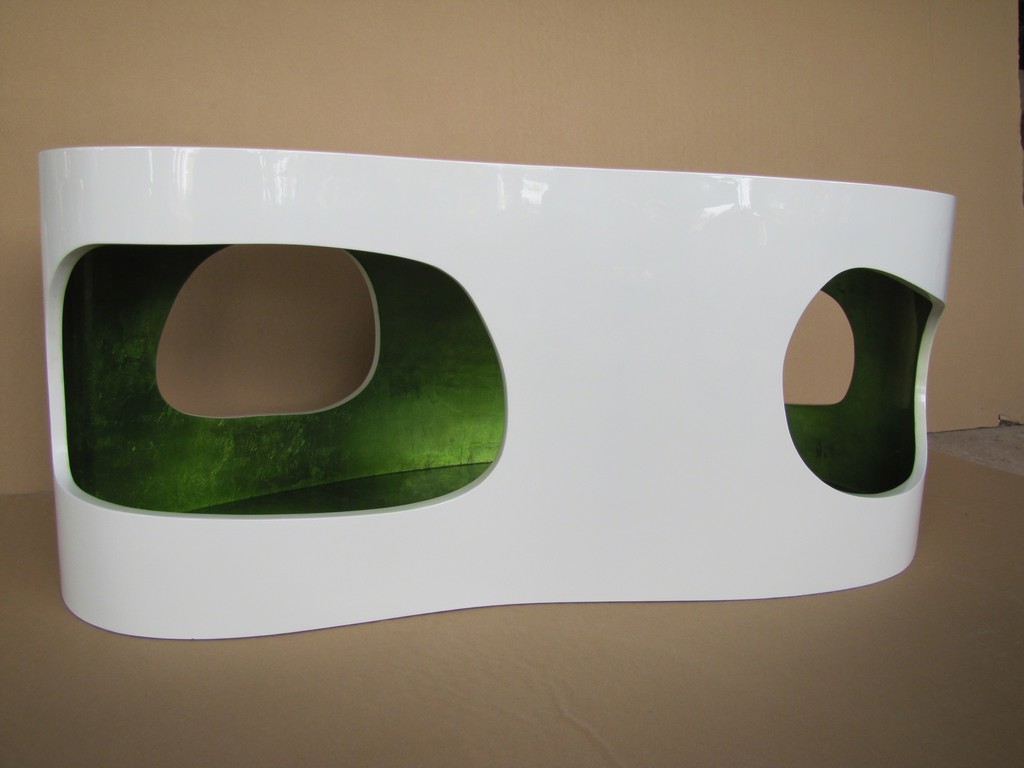 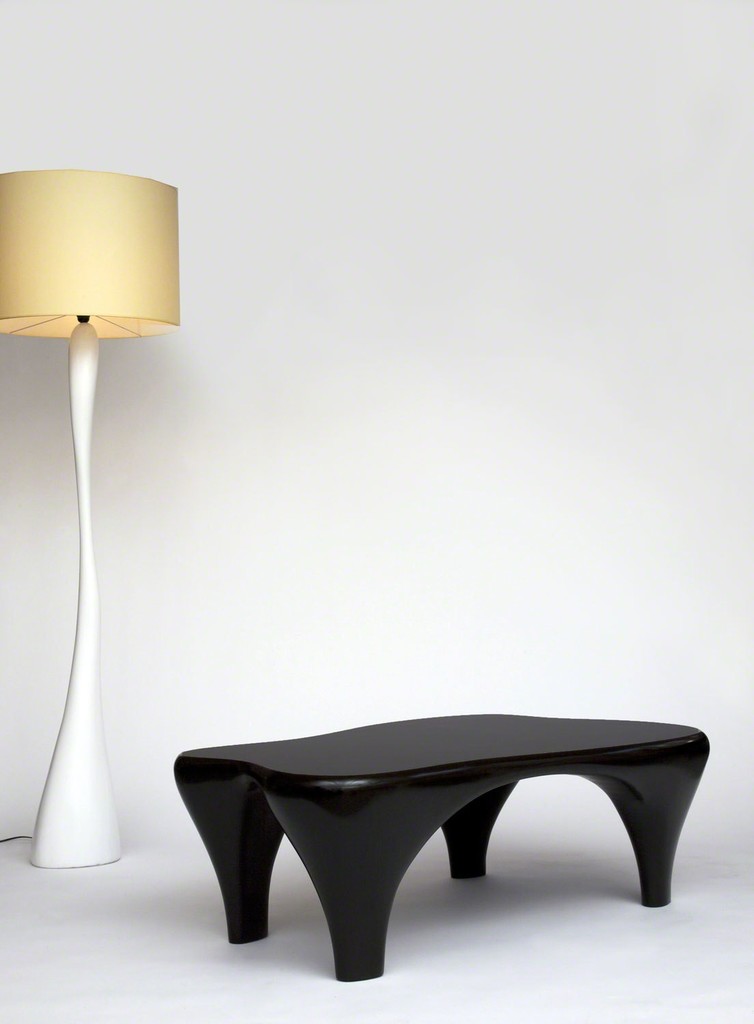 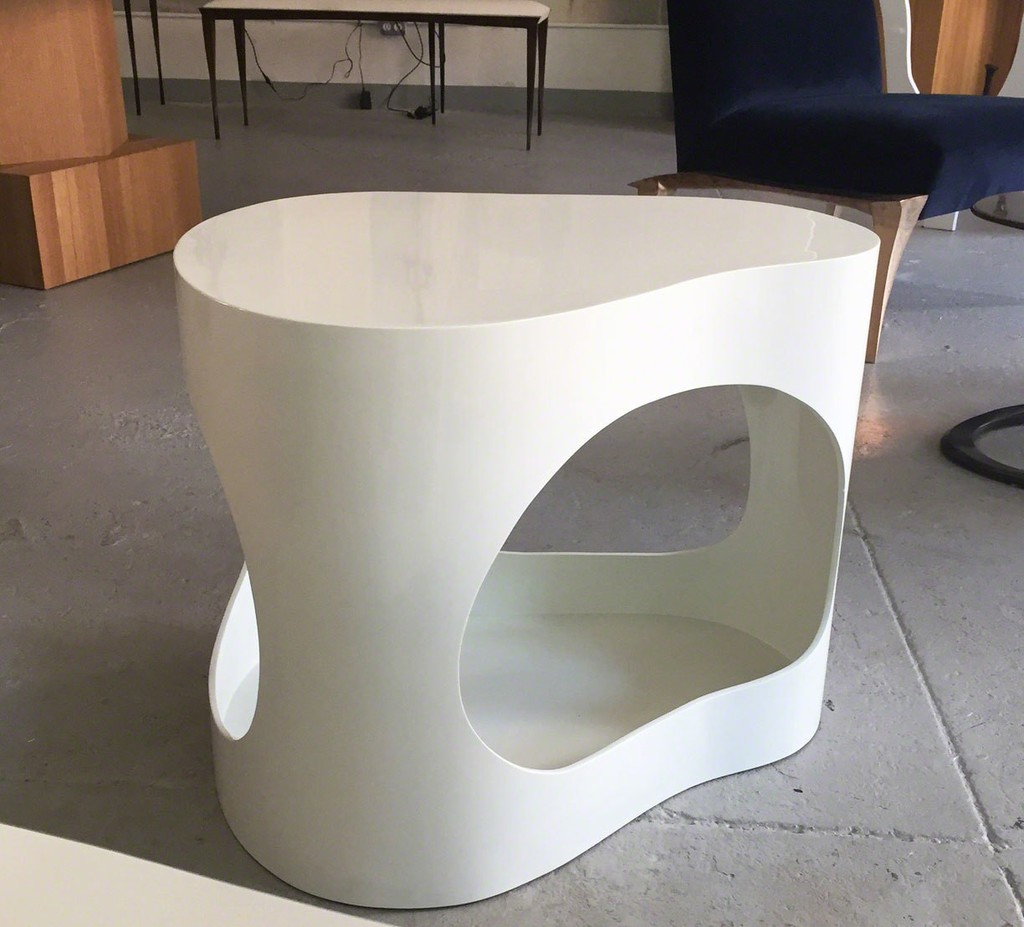 Jacques Jarrige strives to convey the emotions inherent in materials and contained in the gestures that transform them into sculpture or furniture — to the Parisian artist and designer, the functionality of an object should neither overshadow its physical aura nor the thoughts and feelings bestowed on it in the process of its creation. Patience, for one, is palpable in his lacquered tables and chairs: while their flawlessly gleaming surface may suggest industrial production, their intense tactility also evokes the hands that made them.

In much of his artistic and design work, Jarrige relies on the flair of his unadulterated materials: bare plywood, the versatile and inexpensive staple of postwar modernism, ideally expresses his delicate balancing act between lines and volumes — it's industrial provenance only emphasizes the manual quality of his three-dimensional drawings. His lacquered pieces, on the other hand, cover their modest skeletons of plywood, aluminum or particleboard with a luxurious skin: here he trades the arte povera noblesse of everyday materials to the aristocratic refinement of a perfectly polished shell.

It is time itself that lends these pieces their splendor — the many hours spent on applying one fine film of lacquer upon the other between long drying periods are noticeable in the depth of the layers of pigment embedded in resin, in the gravity of their gleam. But what is hidden underneath is almost equally labor intensive: the chairs look as if cast in a man-made compound, however, they are painstakingly built with the small, hand-held instruments Jarrige uses exclusively in his studio. To him, there is truthfulness in the enduring occupation with a single object over a large span of time.

Just like their naked plywood relatives, these elegantly clad objects are deeply engaged in the yin and yang of positive and negative space. The four part screen of the Meanders series actually comes in both versions, asserting its web of flowing lines more forcefully against its lacy perforations when lacquered. With their organically shaped holes, his Cloud tables speak clearly of his admiration for Henry Moore, his primal inspiration. Their hermetic black exteriors open to reveal a lush green or red interior, like a jewelry box. But even more, here Jacques Jarrige provides a window into the glowing soul of his objects.