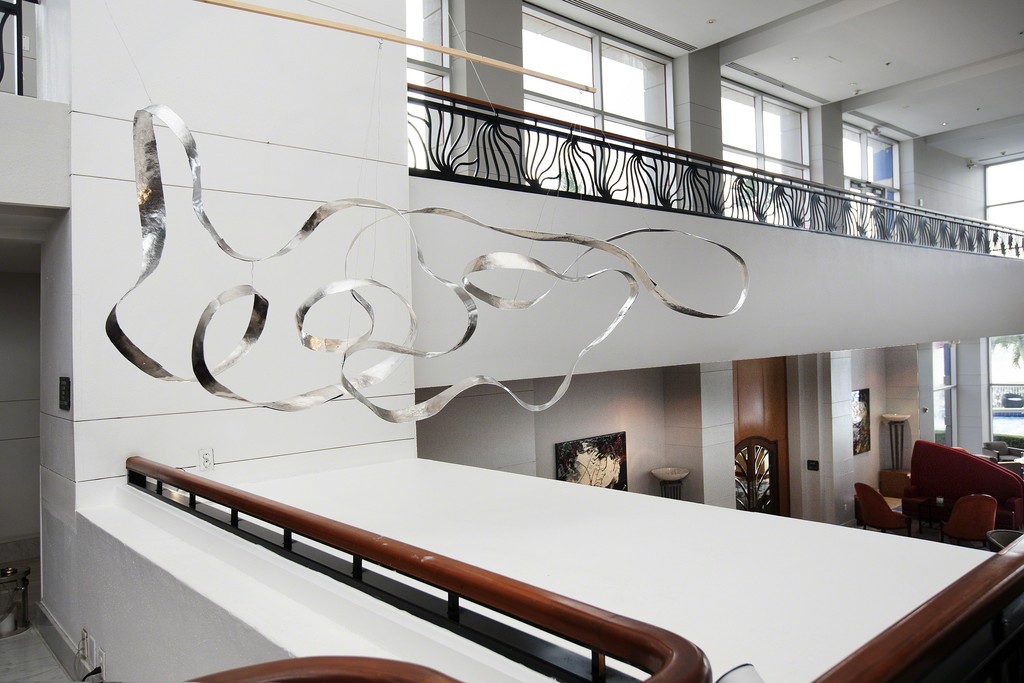 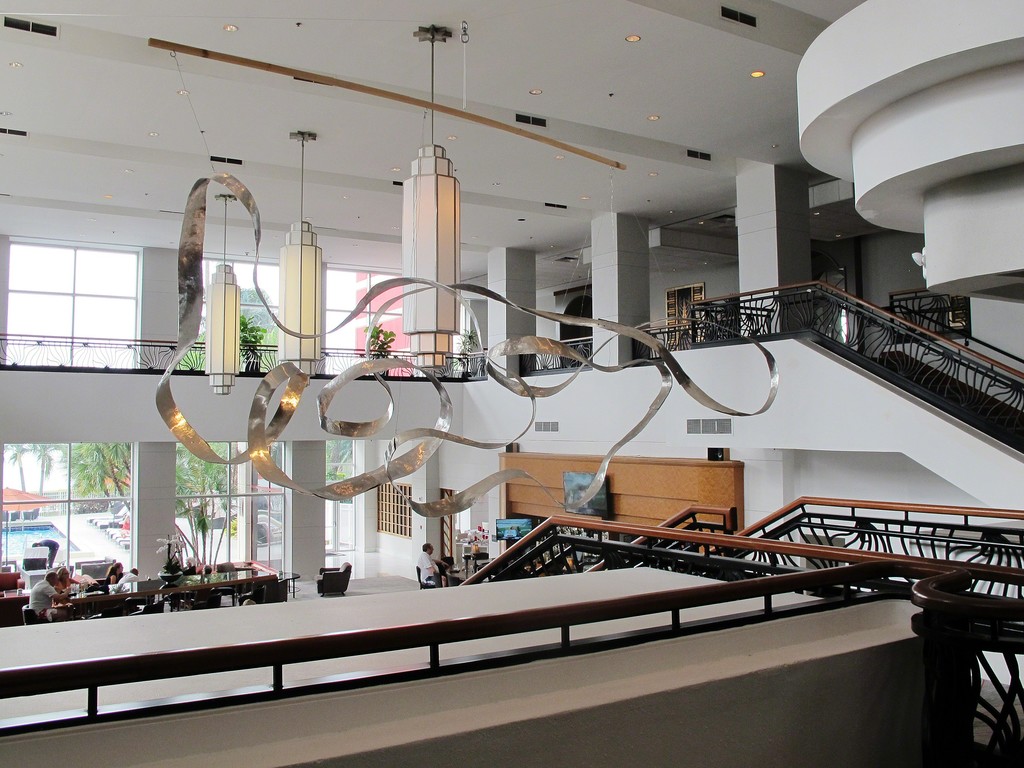 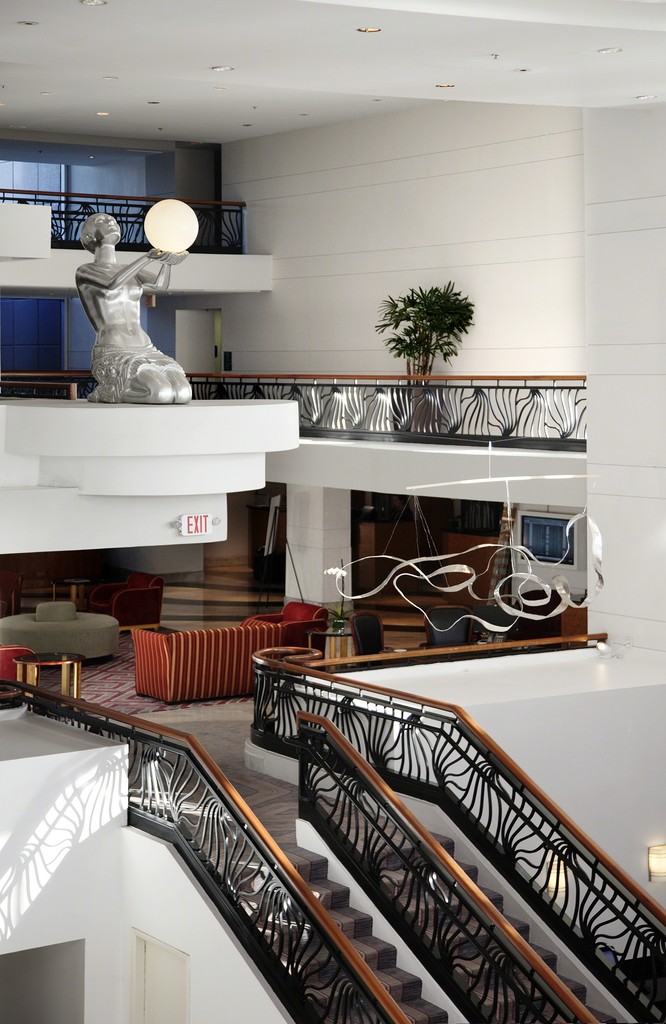 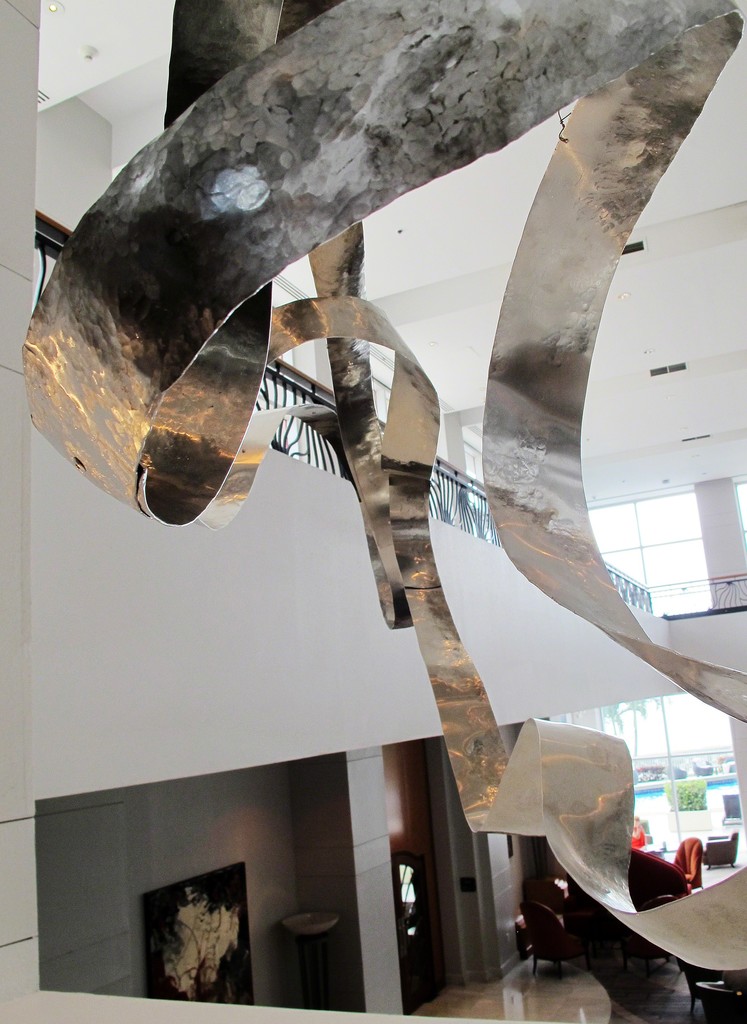 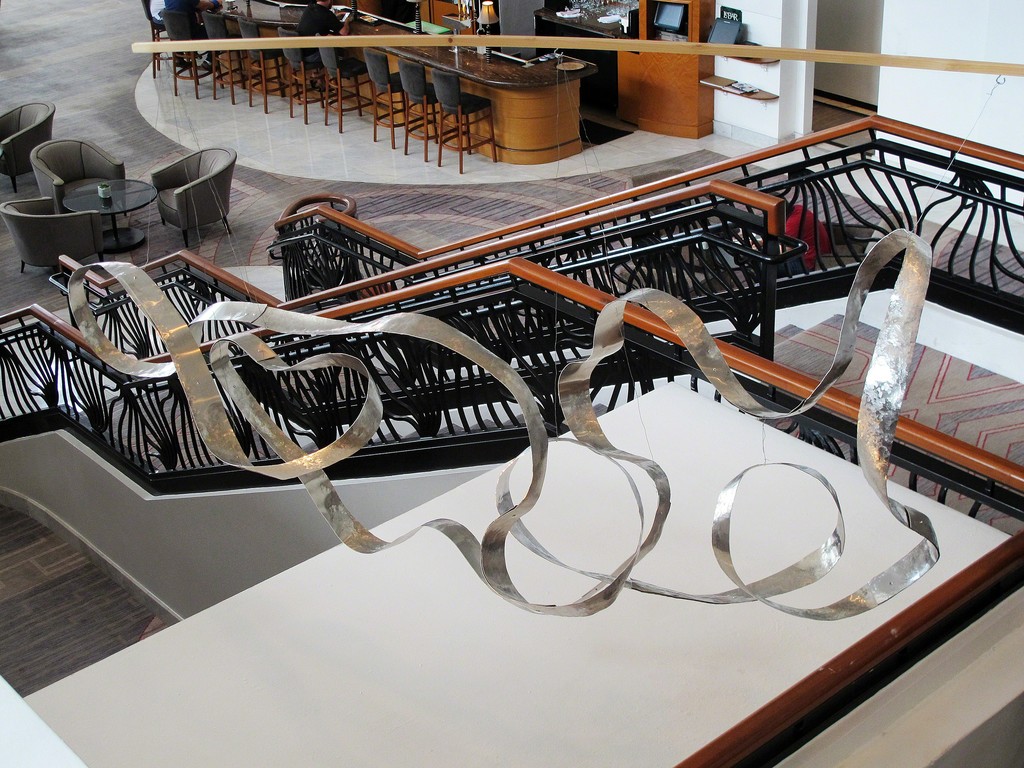 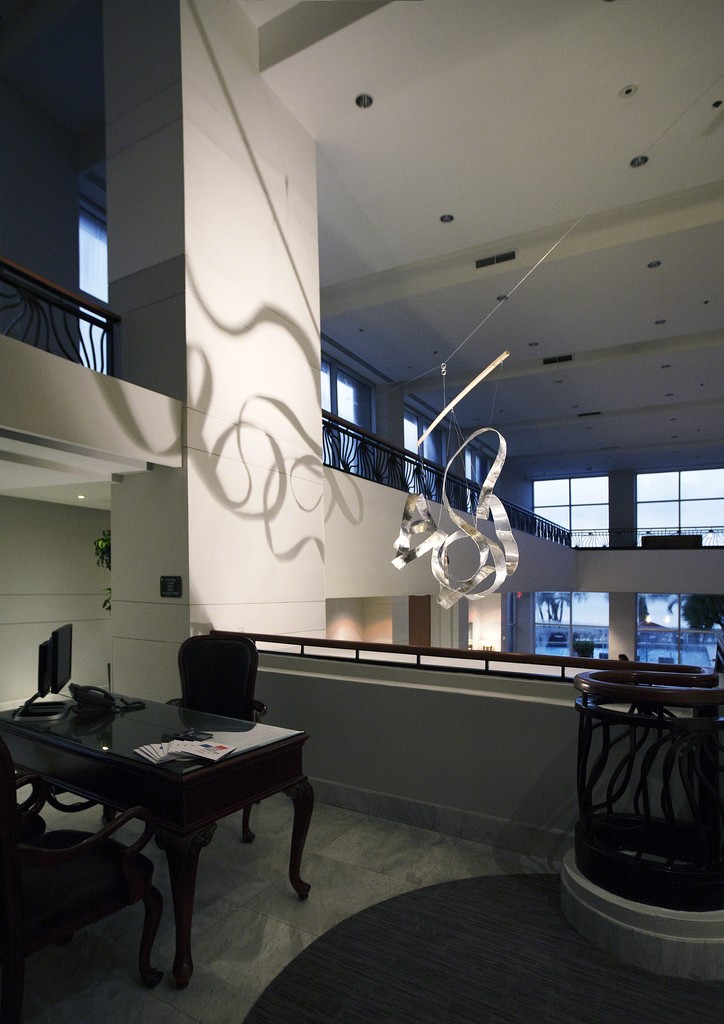 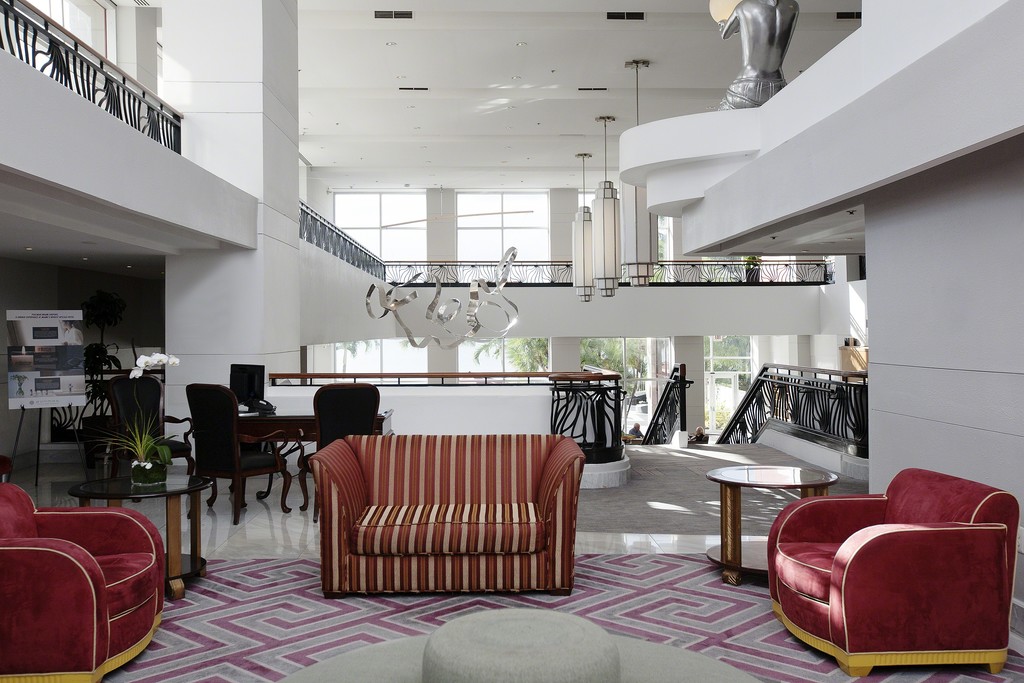 PRESS RELEASE – November 23, 2015
Valerie Goodman Gallery is pleased to announce the installation, during Art Basel Miami ,of a giant horizontal ribbon by Jacques Jarrige to crown the lobby of the Pullman Miami Airport Hotel: from December 1st to 6th, 2015.

The sculpture is part of Jacques Jarrige's Waves-series that he originally developed, as dynamic lines in conversation with the contours of the body, in the medium of jewelry. His mobiles, however, are not just translations of his filigree "meanders" into a monumental scale. While both his intimate jewelry companions and his mobiles share the same kinetic vocabulary, likening a Wave necklace to one of his hanging sculptures would be comparing Lake Michigan swells to Hawaiian surf — while light and delicate despite their size, Jarrige's mobiles possess a strong physicality and verve, evidence of his wrestling the long, capricious strips of hammered aluminum into three-dimensional calligraphy writ large.

As elegant light-catchers, Jarrige's Wave mobiles occupy a realm between chandelier and sculpture. Their slight movements absorb the viewer into an hypnotic swirl: the eye travels along a serpentine silver road into infinity — the sculpture curling into loose tangles, contracting into energetic scribbles, and unfurling into gently curved stretches. There is no end to the complexity of these metal drawings.

Jacques Jarrige, born in 1962 into an artistic Parisian milieu, has been examining the relationship between volume and line in various materials like wood and metal as well as in different expressive genres, from sculpture to jewelry and furniture. His Wave mobiles represent his most recent and increasingly complex explorations of this theme. The 2013 monograph The Searching Line, published by Valerie Goodman Gallery, documents his thoughtful and sensitive investigations of space, scale, and materiality. He has shown in Europe since 1991 and debuted in the United States in 2010, most recently at the Museum of Art and Design in New York. His work is in the collections of Mobilier National and the Musé d'Arts in New Orléans.