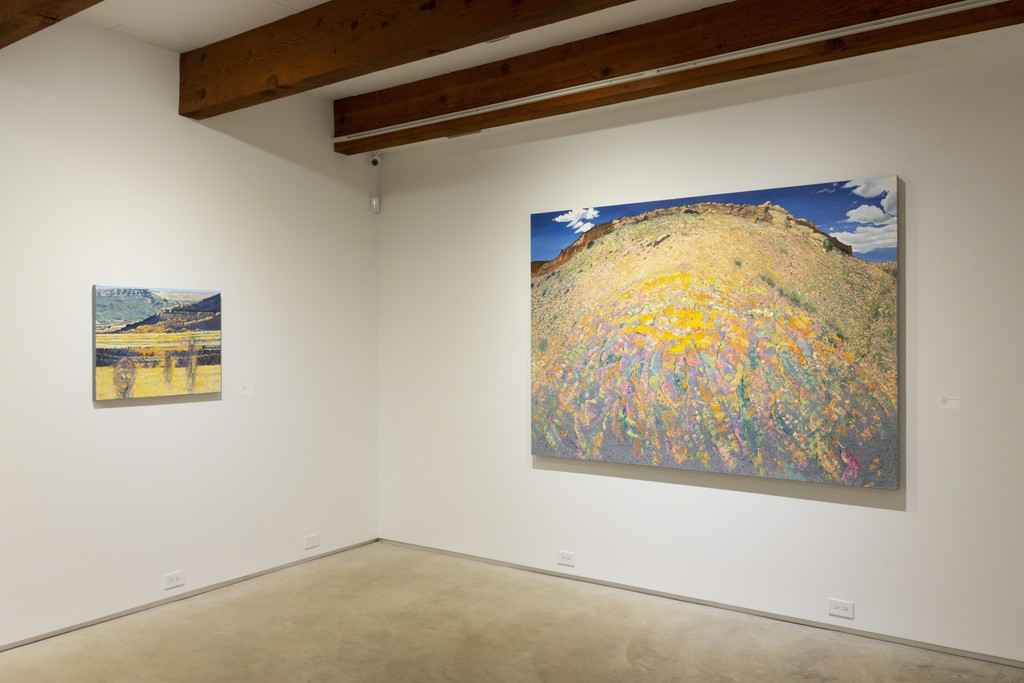 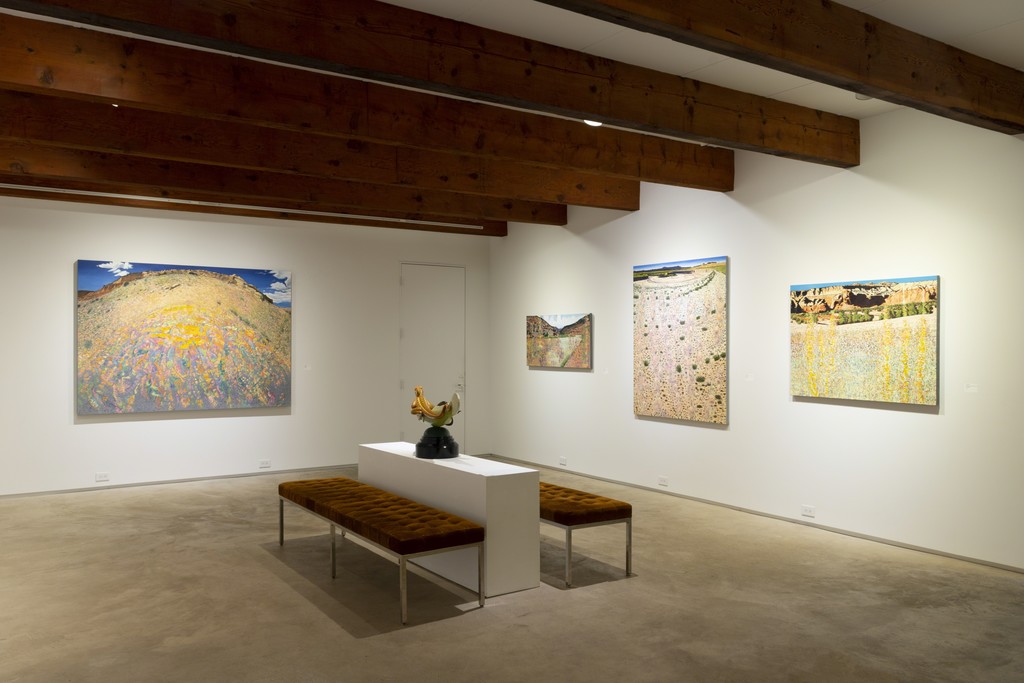 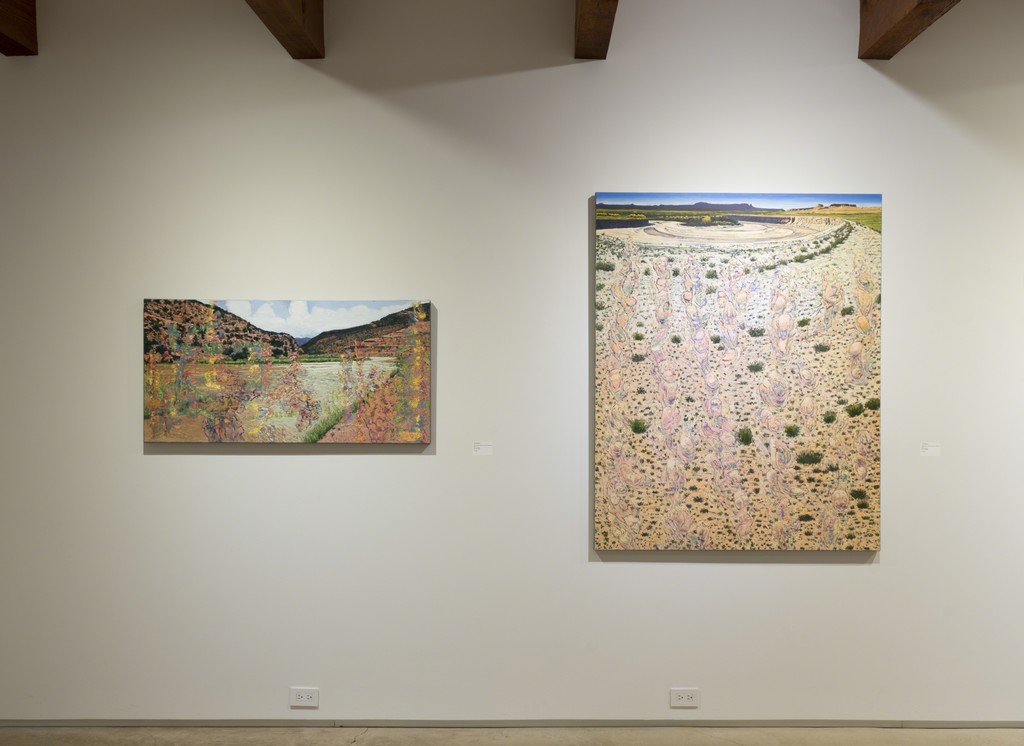 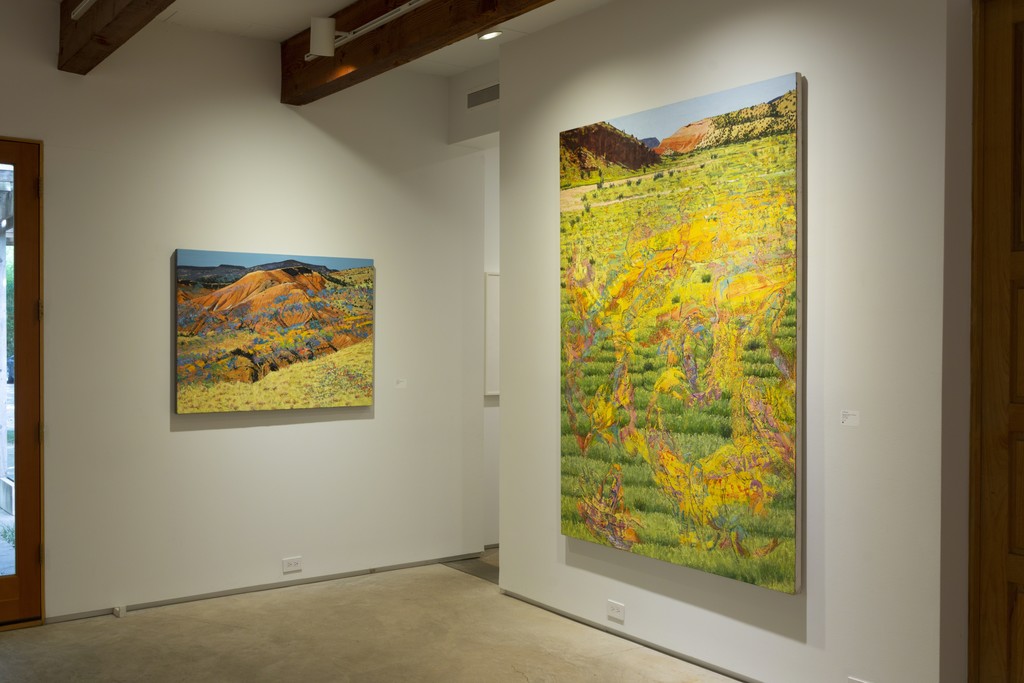 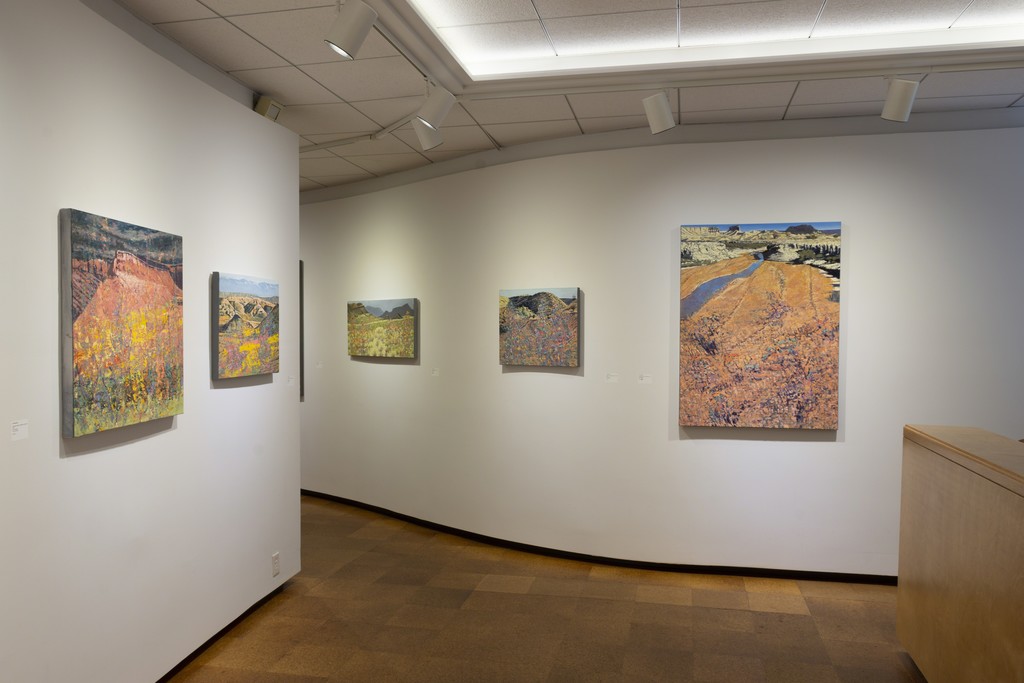 The High Desert in Abiquiu has inspired Texas artist Jim Woodson since exploring the region via motorcycle in the late 1980’s. His paintings are a unity of the intuitive process of painting, personal ideology, and the desert landscape. Woodson embraces the concepts of time, space, and knowledge in his work and uses these three elements to title his paintings.

Jim Woodson's personal ideology that informs his intuitive process of painting is expressed in the following short statements on painting (in no particular order):

Remember less, Explore More.
Learn then forget, then look and discover.
Move Thought into Thinking.
A verb is more active than a noun.
Try not to Know.
A bit of knowledge spoils what can be discovered.
Filter knowing at the end of the brush.
Ideas Die if not Transformed.

In 2013, Woodson was honored by the Texas State Legislature and the Texas Commission on the Arts as the Texas State Artist of the Year in 2D. This designation is the state’s highest recognition for excellence in the arts. He earned a BFA from Texas Christian University in 1965, and an MFA from The University of Texas at Austin in 1967. In 2014, Woodson was distinguished as Professor Emeritus at TCU, where he had been on the faculty since 1974. This is Jim Woodson’s fourth exhibition at Valley House Gallery.