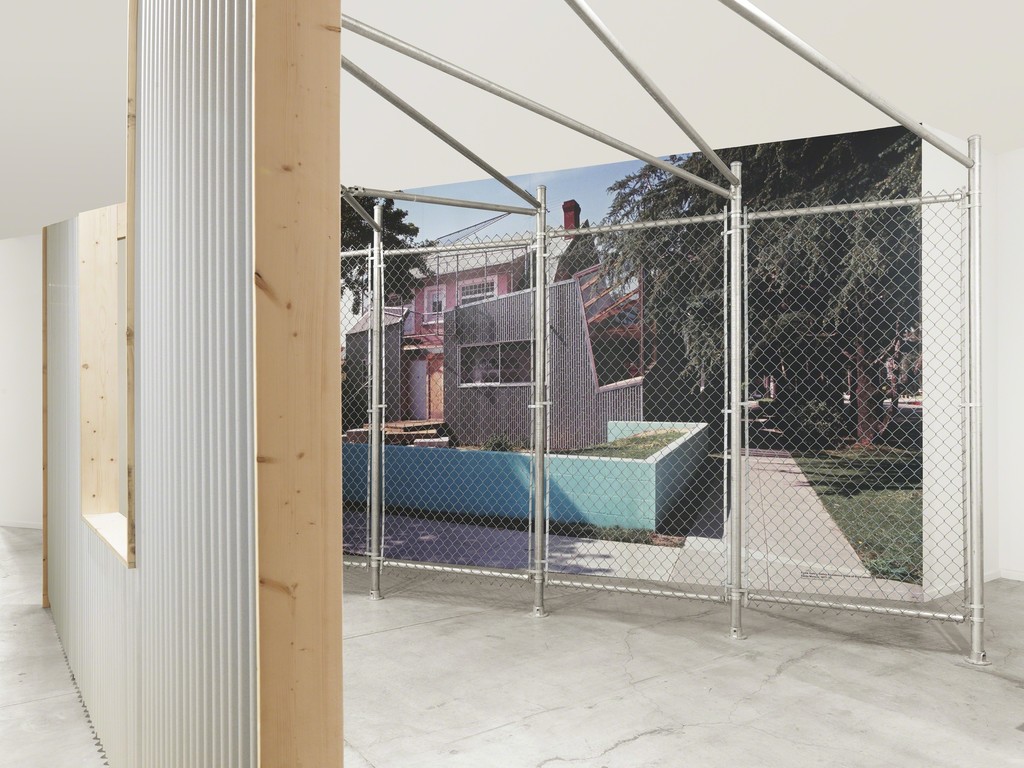 Installation view of MashUp: The Birth of Modern Culture, exhibit at the Vancouver Art Gallery, February 20 to June 12, 2016 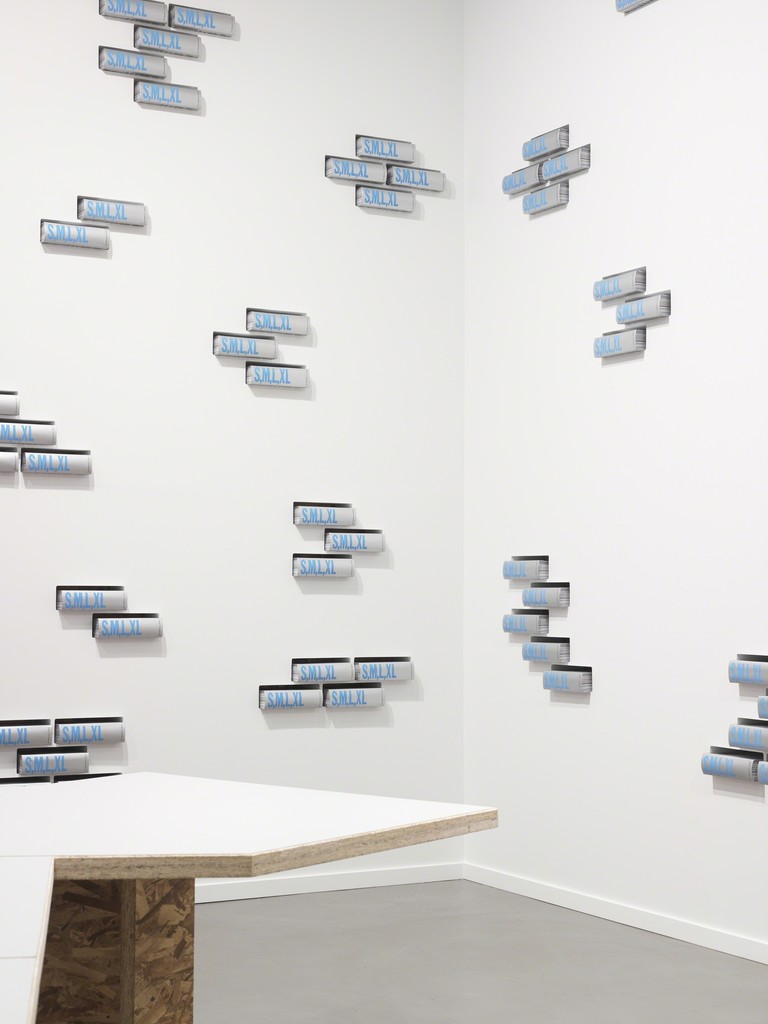 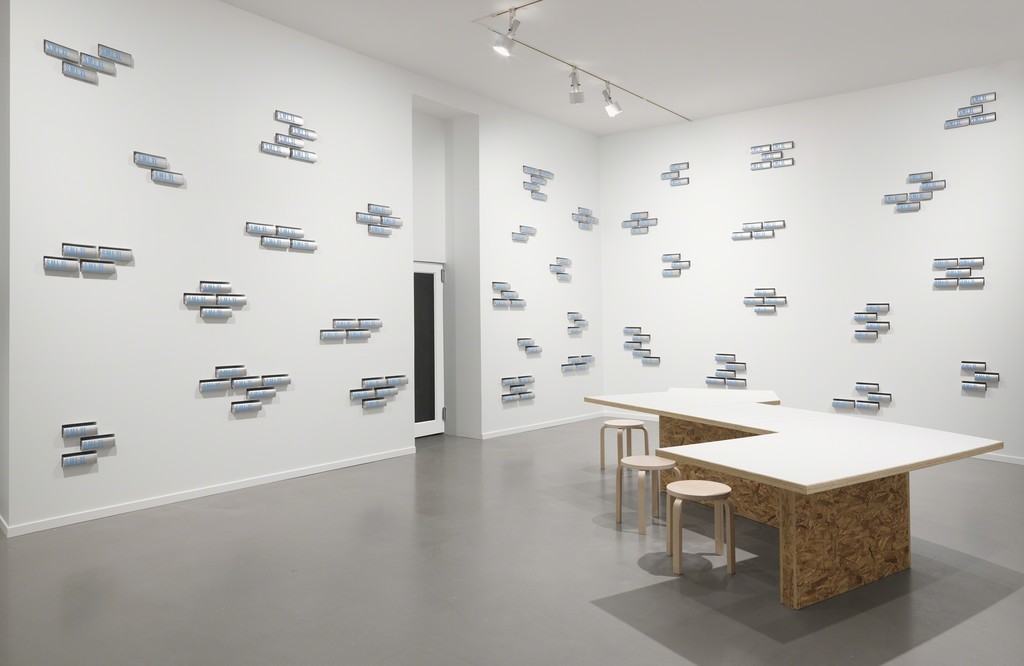 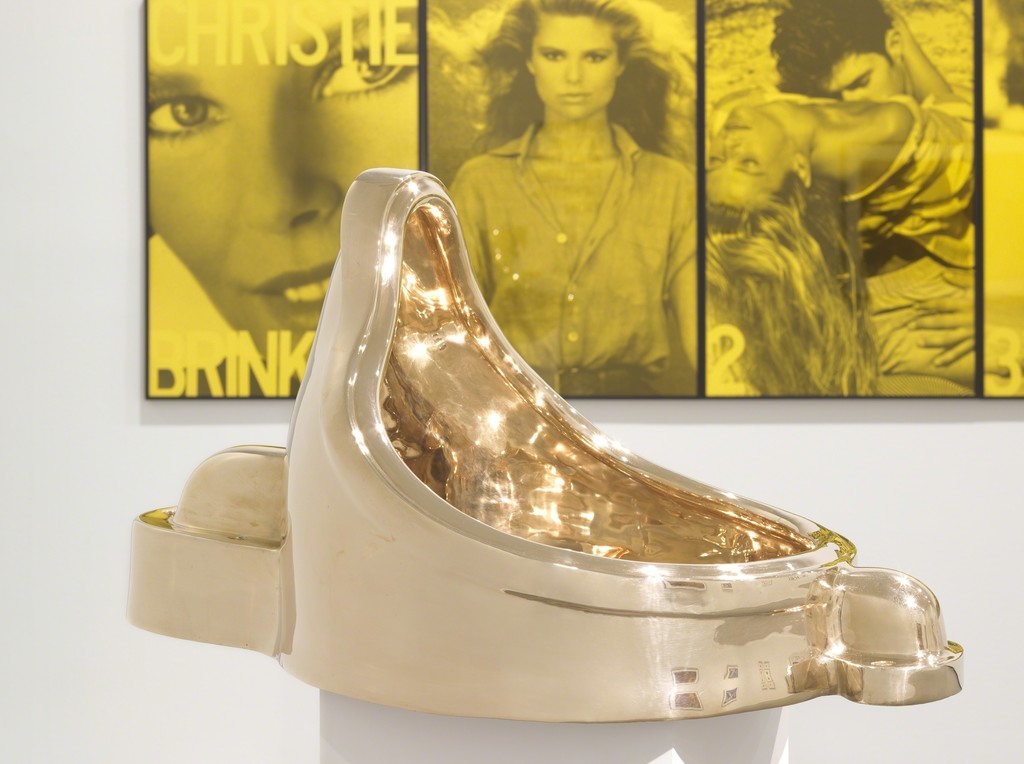 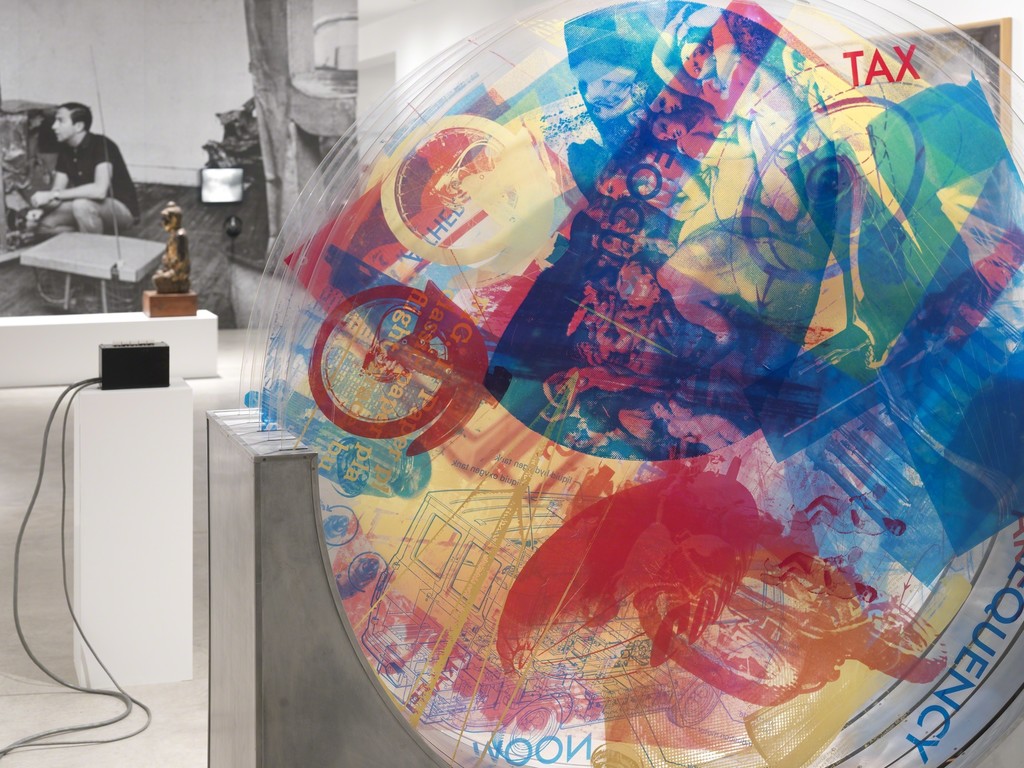 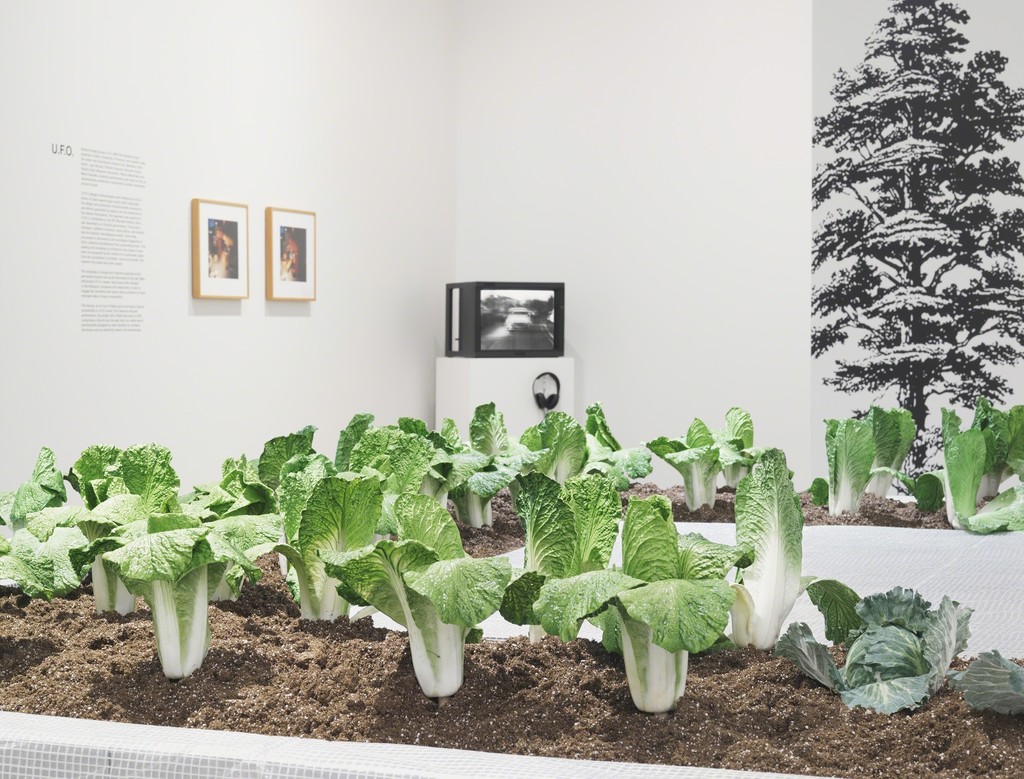 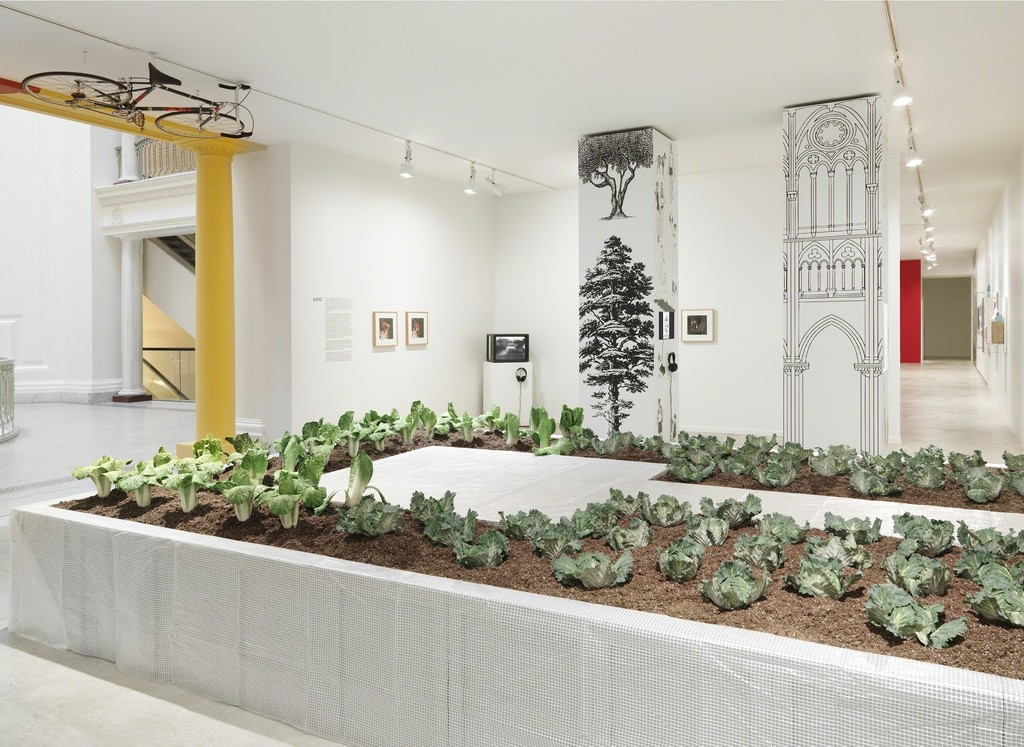 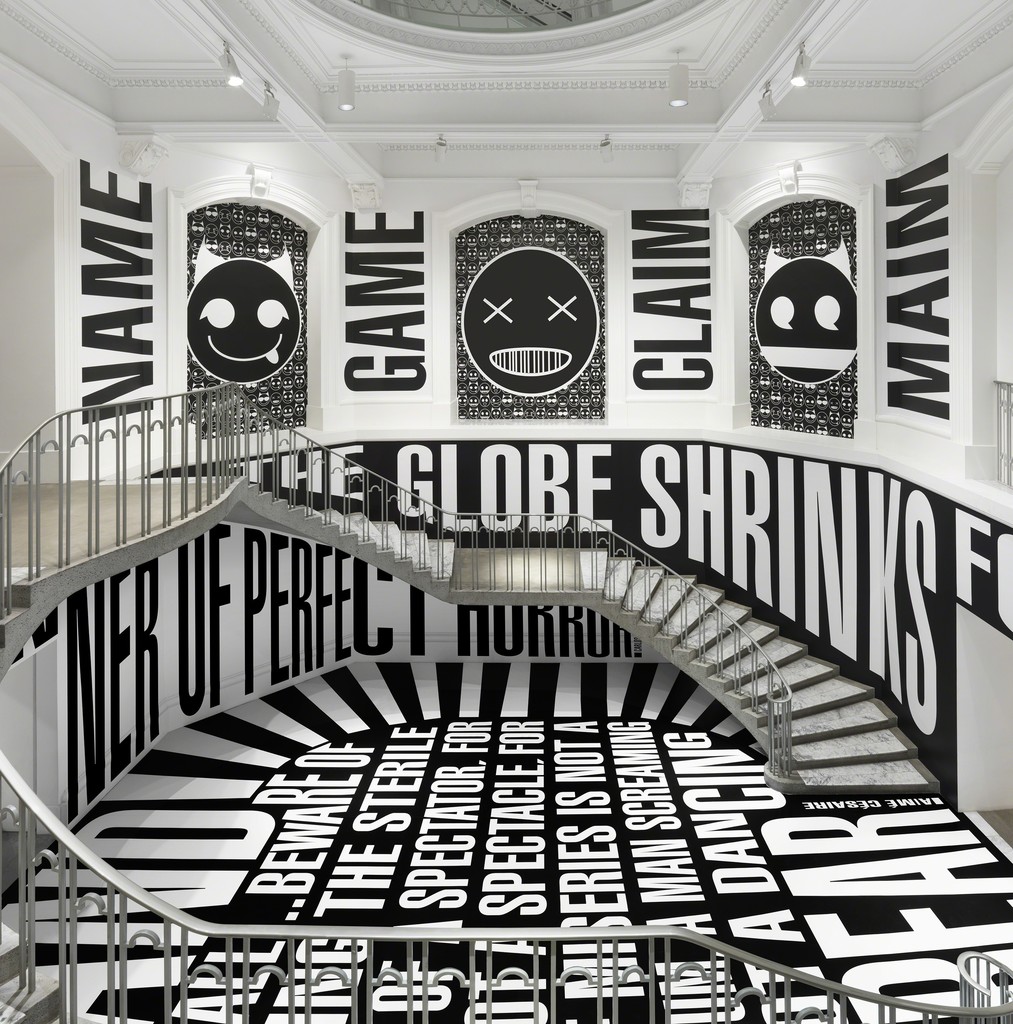 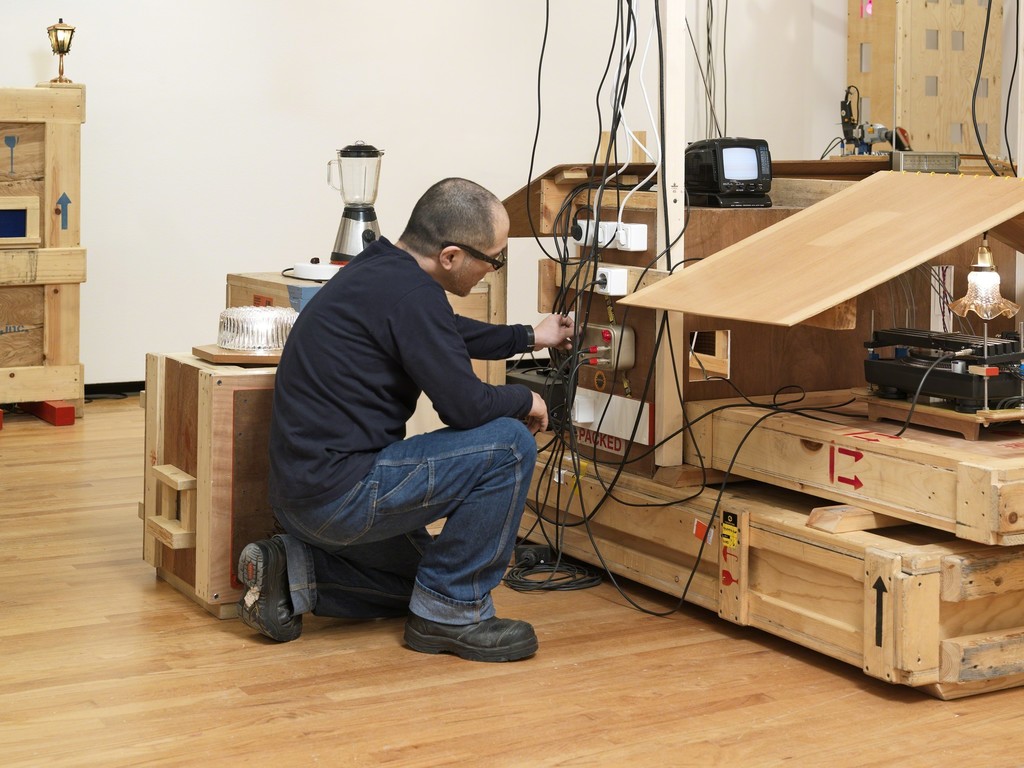 A groundbreaking exhibition tracing the emergence and evolution of mashup culture will soon occupy the entire four floors of the Vancouver Art Gallery. The most ambitious exhibition in the history of the Gallery to date, MashUp: The Birth Of Modern Culture is the first international survey to examine the development of the now-ubiquitous mode of art production known as “mashup”, collage or remix.

MashUp will span nearly a century and a half and a broad range of media including photography, video, architecture, film, sculpture, graphic design, industrial design, drawing, painting, animation, music, digital media, illustration and fashion design. The exhibition will trace how new technologies expanded the production and circulation of images, text and music—ranging from collages and readymades, to mass-media appropriation, to sampling and hacking–through works loaned from an extensive list of 75 private and public collections from eight countries around the globe.

MashUp is curated by the Vancouver Art Gallery’s Chief Curator/Associate Director Daina Augaitis, Senior Curator Bruce Grenville, and Assistant Curator Stephanie Rebick. In keeping with the interdisciplinary and collaborative nature of the exhibition, the Gallery invited a diverse range of 30 local and international curators, scholars, artists, designers and architects to contribute to the scholarship and presentation of the exhibition and accompanying catalogue.

“MashUp is a milestone exhibition for us. It is the largest show ever mounted by the Gallery, providing a comprehensive look at how the ‘collage' emerged as a mode of artmaking in the early twentieth century and has evolved through the rapid uptake of technology and digital media to facilitate new modes of production in all fields of visual culture today,” said Kathleen S. Bartels, Director of the Vancouver Art Gallery. “This broad and inclusive show presents a remarkable and diverse array of works through the lens of myriad voices and perspectives. We thank our many collaborators for their ingenuity and enthusiasm and look forward to welcoming our visitors to this extraordinary exhibition.”

Bruce Grenville, Senior Curator of the Vancouver Art Gallery, said: “The MashUp exhibition and publication trace a distinct path through the history of modern and contemporary art and visual culture, in response to a considerable void in the scholarship on this important subject. MashUp reveals the evolution of a creative methodology that has shifted and mutated in four distinct stages from the early twentieth century to the present to accommodate critical changes in technology and ideology. Fundamental issues of creativity, interdisciplinarity, new technologies and intellectual property are decisively connected to the birth of mashup culture."

The exhibition is organized in four chronological sub-sections that represent key periods in the history of mashup culture: the early-twentieth century, the post-war, the late twentieth century, and the twenty-first century. (More details about the exhibition, including a full list of artists and exhibition contributors, as well as related public events, can be found at http://vanartgallery.bc.ca/the_exhibitions/exhibit_mashup.html.

Early Twentieth Century: Collage, Montage and Readymade at the Birth of Modern Culture
The incorporation of found images and materials into artwork can be traced to Pablo Picasso and Georges Braque, who invented collage and rudimentary assemblage practices during a period of intense experimentation between 1912 and 1914. In these works such as Picasso’s Nature morte, bouteille et verre (1913), everyday objects and images were introduced into charcoal drawings and three-dimensional paper constructions for the first time.

This repurposing of images was central to the flourishing avant-garde movements of Cubism, Futurism, Constructivism, Dada and Surrealism. Artists created charged works by juxtaposing disparate images sourced largely from popular media, such as Hannah Höch’s 1930 photomontage Untitled (Large Hand Over Woman’s Head), a work of layered images from magazines that speaks to the representation of women in popular culture, and Kurt Schwitters’ Mz 426 Figures (1922), an assemblage of discarded newspaper and printed detritus, which evokes the urban environment in which he lived. Luigi Russolo applied the principles of collage to music and sound composition, creating the cacophonous intonarumori, or noise machines, in 1913. Marcel Duchamp’s Bicycle Wheel—traditionally often credited as the first readymade—links to the ideas of collage, found objects and the everyday that were circulating in Paris at the time.

Post-War: Cut, Copy and Quotation in the Age of Mass Media
In the years following World War II, an explosion of mass marketing for consumer goods, cheap printing technologies and broadcast television led to a second wave of mashup culture, with new modes of architecture, art, design, film, music and literature. A renowned figure in Pop Art, Andy Warhol produced art in his Factory, subverting the artist’s craft through industrial techniques. His iconic works include the 1966 screenprint Jackie II, a haunting image that uses a widely circulated image from John F. Kennedy’s funeral to reflect on the nature of mass media, celebrity and death.

Robert Rauschenberg looked to new technologies and photographic reproduction to guide his practice and break down the divide between image and sculpture. His 1967 work Revolver II consists of silkscreened images mounted on five motorized Plexiglas discs, which the viewer rotates with a control box to create a kaleidoscopic effect that investigates ideas around motion, chance and temporality. Using ordinary manufactured objects, designers Achille Castiglioni and Pier Giacomo Castiglioni created the Mezzadro Stool in 1957 from a tractor seat and a steel and wood base. Dara Birnbaum used new media and technologies to create Technology Transformation/Wonder Woman (1978–79), reconfiguring footage from the popular 1970s television program to reveal its ideological constructs.

Late Twentieth-Century: Splicing, Sampling and the Street in the Age of Appropriation
By the end of the twentieth century, the emergence of multi-track sound recording, portable video cameras, instant photography and large-scale printing, in combination with the global circulation of images and objects, had shifted mashup methodology toward appropriation, détournement and inhabitation. In the late 1970s and early 1980s, the “Pictures Generation” artists used mass- produced imagery from advertising and the media to critique contemporary culture. Many were influenced by John Baldessari who taught at CalArts. His work with appropriated film stills, as seen in Pelicans Staring at Woman with Nose Bleeding (1984), explored the relationship between art and popular culture. Using a sophisticated mashup methodology, Barbara Kruger appropriated the tools of the advertising and marketing industries, turning images against the institutions that had originally produced them. She will produce a commissioned new work Untitled (SmashUp) for the exhibition.

Other artists during this period addressed social and political issues through their work, such as Jean-Michel Basquiat commenting on consumerism and religion through comic imagery in A Panel of Experts (1982). In the provocative Prototypes for New Understanding #2 (1998), Brian Jungen cut and reassembled Nike Air Jordan sneakers to construct sculptures that mirror the forms of Northwest Coast First Nations’ masks.

The Digital Age: Hacking, Remix and the Archive in the Age of Post-Production
The recent rise of digital technology has marked another turning point in mashup culture, with exponentially more images, sounds and objects being made and shared. In the realm of video art, artists apply the principles of music sampling to compile and re-contextualize images and sound. Stan Douglas combines the visual style of a Dario Argento horror film, the narrative elements of a Brothers Grimm fairytale, the properties of the obsolete Technicolor process and a progressive rock soundtrack in his recombinant film, Suspiria (2003). Hito Steyerl’s Liquidity Inc. (2014) offers the story of an investment banker turned cage fighter as an allegory for the accelerated circulation of images and capital.

Architectural firm MVRDV has revolutionized perceptions of the built environment through the use of digital technologies, such as for Glass Farm in the Netherlands (2008–13) that broadens the aesthetics and vocabulary of architectural form through digital experimentation. Avant-garde musician and conceptual artist DJ Spooky has used digital technologies to remix content from the 1977 Voyager soundtrack, blending the sensibility of the DJ with contemporary art practice. His live performance The Society of the Spectacle will be co-presented by the Vancouver Art Gallery and PuSh Festival on January 30, 2016.

Visionary Partner for Scholarship and Publications: The Richardson Family

ABOUT THE VANCOUVER ART GALLERY

Founded in 1931, the Vancouver Art Gallery is committed to strengthening ties between artists and diverse communities throughout the City of Vancouver, the Province of British Columbia, and beyond. As the largest public art museum in Western Canada, the Gallery features the work of ground- breaking contemporary artists from around the world, presents historical art of international significance, and provides a global platform for British Columbia’s dynamic artistic community, including the work of First Nations artists as well as art of the Asia. Its growing collection of more than 11,700 artworks is the principal repository for visual art produced in the region and includes related works by other notable Canadian and international artists. The Gallery also advances scholarship through major publications and presents a multitude of public programs for visitors from the region and around the world.

In September 2015, the Gallery unveiled Herzog & de Meuron’s conceptual design for its new museum building in downtown Vancouver that will double the Gallery’s current size. For more information, visit http://www.vanartgallery.bc.ca/