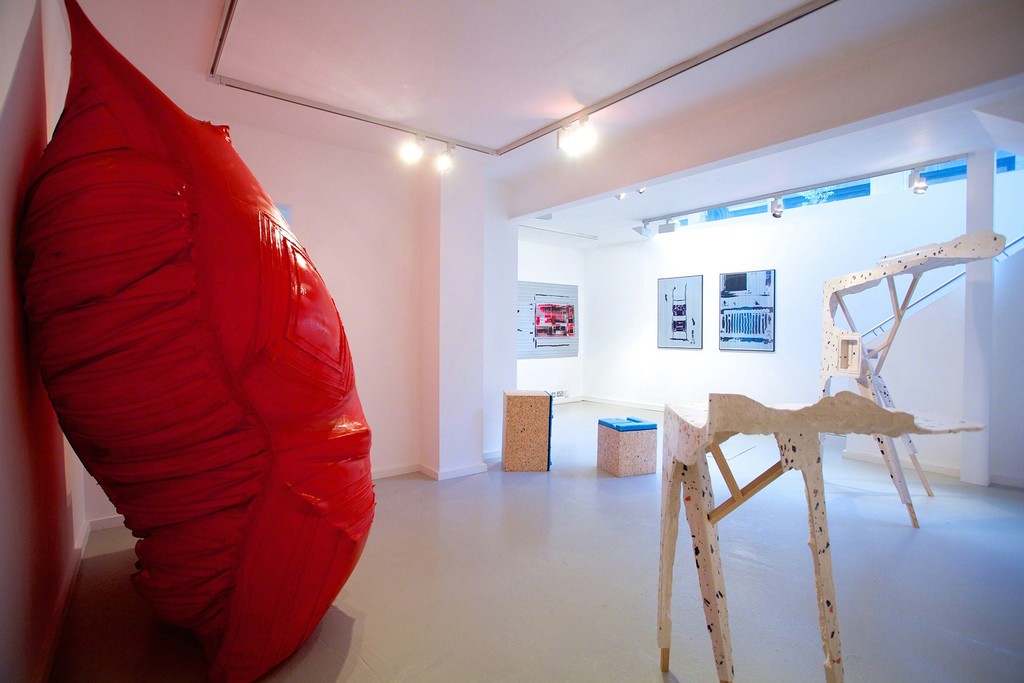 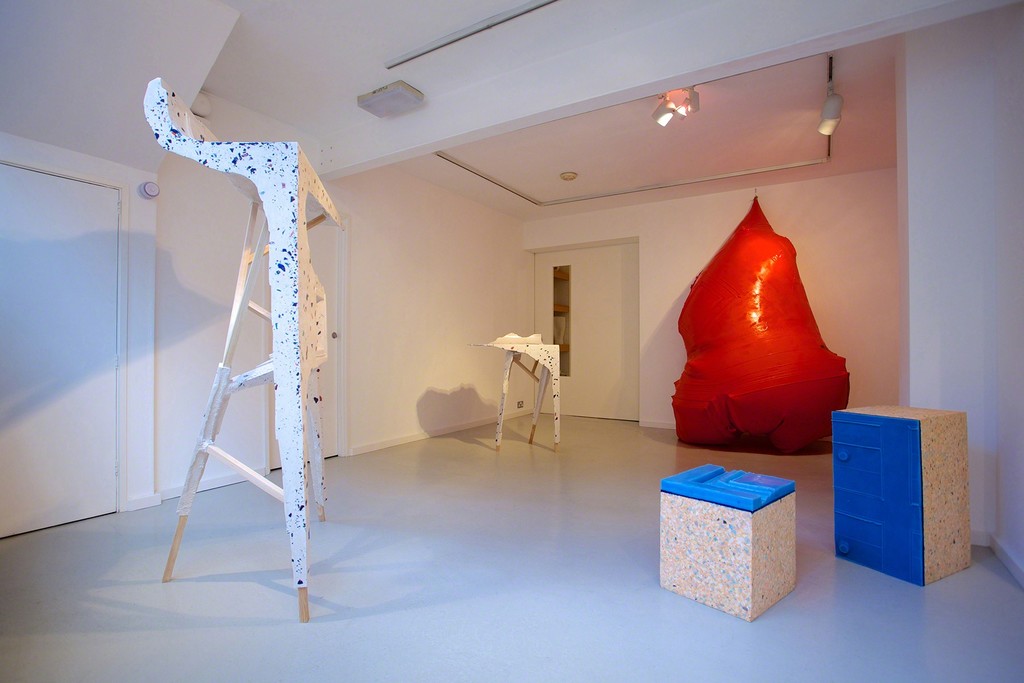 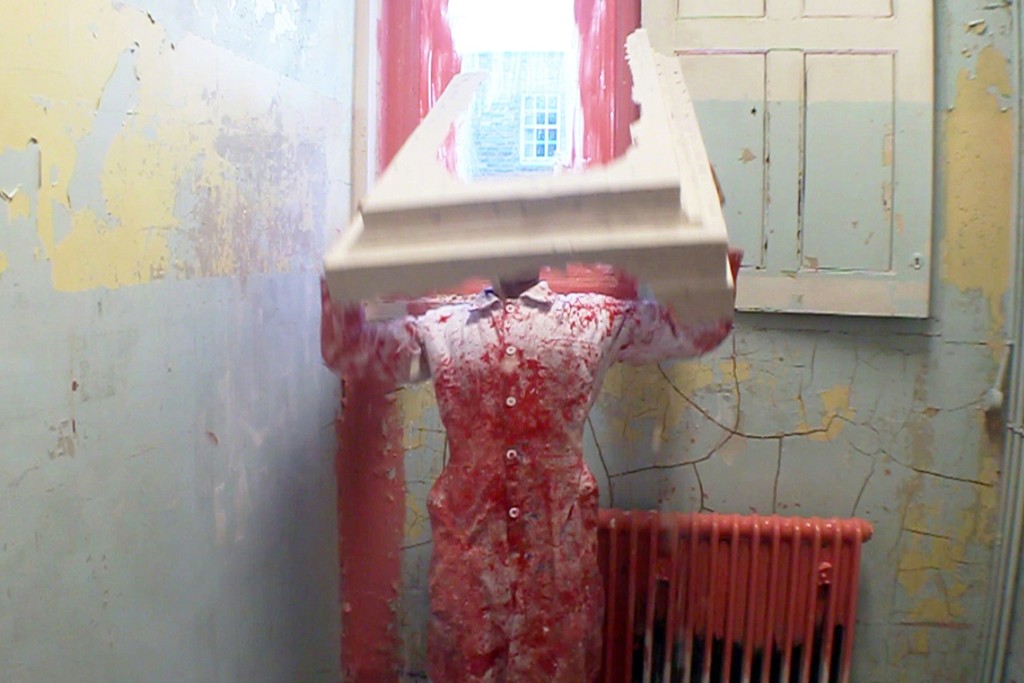 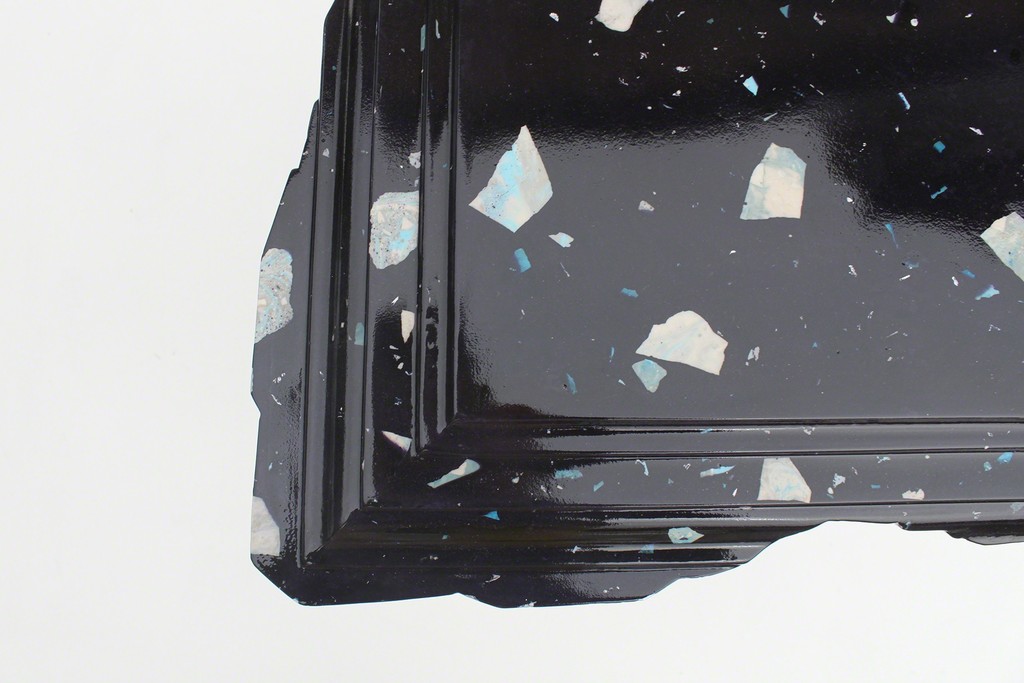 Between April and September 2013, the designer James Thompson spent 95 days in a former confinement cell in High Royds Psychiatric Hospital in West Yorkshire, the north of England. The results of that stay, a jesmonite and silicone furniture collection cast in the shape of the negative space within the cell, were exhibited this month at London's Marsden Woo Gallery and Heal's department store.

The project came about by happenstance. Thompson, a recent graduate from the Royal College of Art (RCA), grew up in a village next to the Gothic hospital, which was closed in 2003. The site – designed to be self-sufficient with its own library, surgery, dispensary, ballroom, butchery, dairy, bakery and railway system – is in the process of being redeveloped into luxury accommodation, while one ward is currently being used as a space for the High Royds Sports and Social Club.

"High Royds is a large self-contained complex, and prior to its closure and subsequent re-development the site was restricted to the public, so I have always been curious about it," says Thompson. "Like so many other similar sites across the country, it has become a relic of our social history, as these types of places are no longer needed. So the opportunity to document this space before it is converted or demolished was important to me, with the work produced ultimately serving as the last remnants of that space."

Thompson's collection is a series of tables, surfaces and chairs, all cast in jesmonite, silicone and fibreglass from architectural elements in the cell that have been captured using a digital scanner – the area where the corner of the room connects with the door, a window frame, an air vent. The resultant forms are irregular and fragmentary, offering snippets of the cell from which they were formed, and shaped around ash frames or foam upholstery blocks.

"It was important to choose a space to record which was self contained, with a defined geometry and limited architectural elements," says Thompson. "These limitations forced my to be inventive and more throughly investigate the potential of the space and to ultimately form a series of new experiences of the room."

Thompson was forced to work by night to produce his collection, the result of the cell falling within the wing of the hospital operated by High Royds Sports and Social Club, which is only open between 7pm and 11pm. The techniques he used were however familiar, developed during Thompson's Parallel Architectures project at the RCA – a similar effort to understand the ways in which given spaces can be documented and experienced.

"The process is about trying to find new understandings of a space," says Thompson. "It’s less about the decorative nature of the space. I go to a location and I’m looking for what the different parts of that room can become. It could literally be a connection between the door and a corner of the room, and I would look at that and think ‘Oh OK, that could become a tabletop.’ When I’m in there, then I’m trying to re-evaluate the location or the space.

The project has a strong conceptual leaning, tying to its display at the Marsden Woo art gallery. By contrast, it seems a more uncomfortable fit for a commercial environment such as Heal's, which displayed the collection as part of its Modern Craft Market.

“There are a lot of differences between showing in the commercial context of Heals and in Marsden Woo’s white cube space: for the gallery show, I was able to create a whole sensation and curate a lot of different pieces according to an overall concept,” says Thompson. “With Heals, people look at the work for its function more than the concept. It’s the first time I’ve really worked with a retail company, so it’s interesting to see people’s reactions to it in that environment and that context.”

An obvious parallel with the project is to the contemporary artist Rachel Whiteread's 1993 sculpture House, a concrete cast of the interior of a Victorian terraced house. The work attracted acclaim – it was awarded the Turner Prize – but Thompson is keen to distance himself from the comparison.

“I try to move away from Whiteread, in the sense that she looks for new ways to look at negative and positive space,” says Thompson. "I’m trying to find new functions within the space. So it becomes reused, rather than something to just be perceived.”