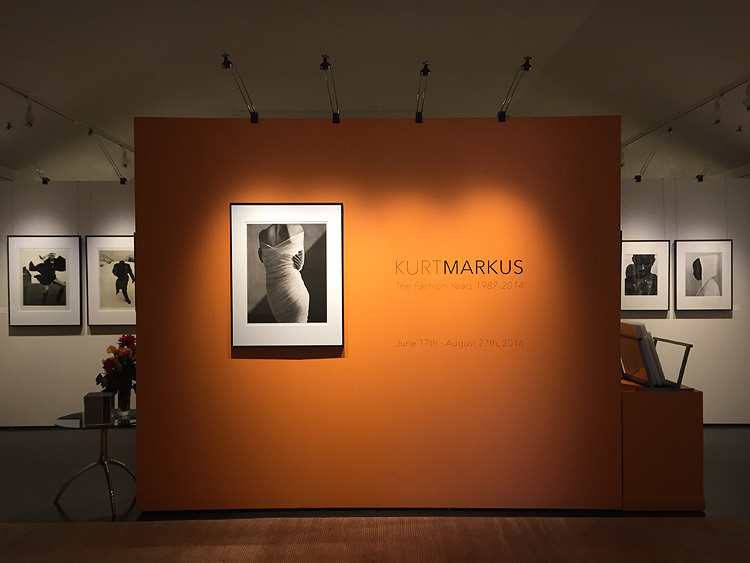 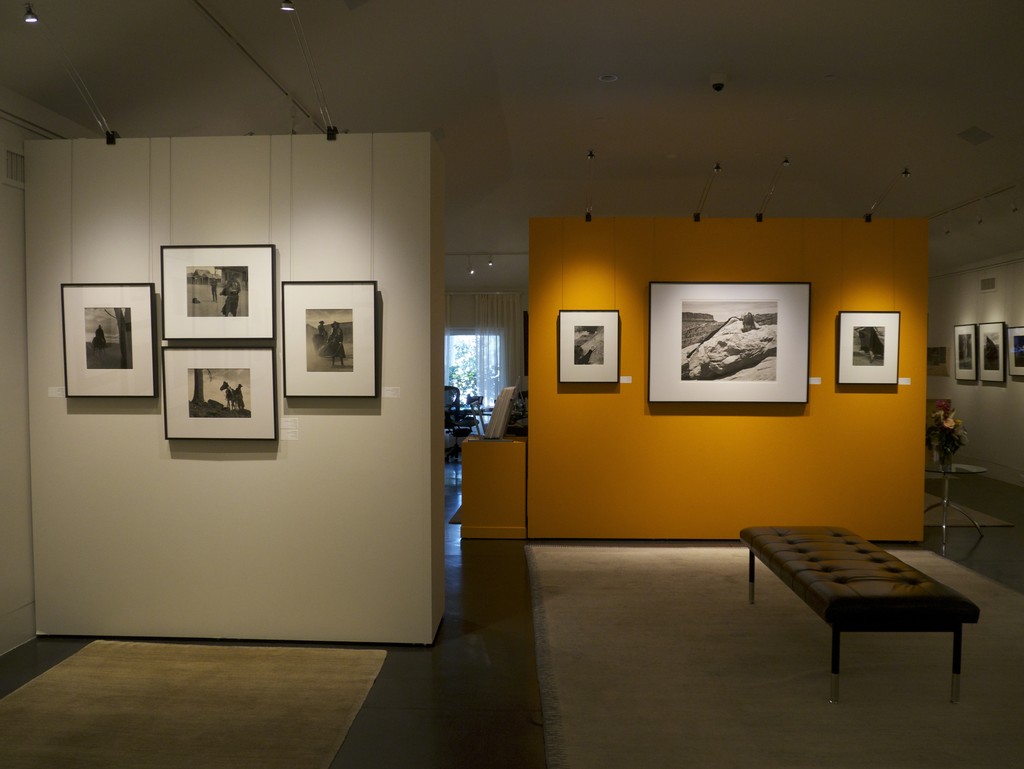 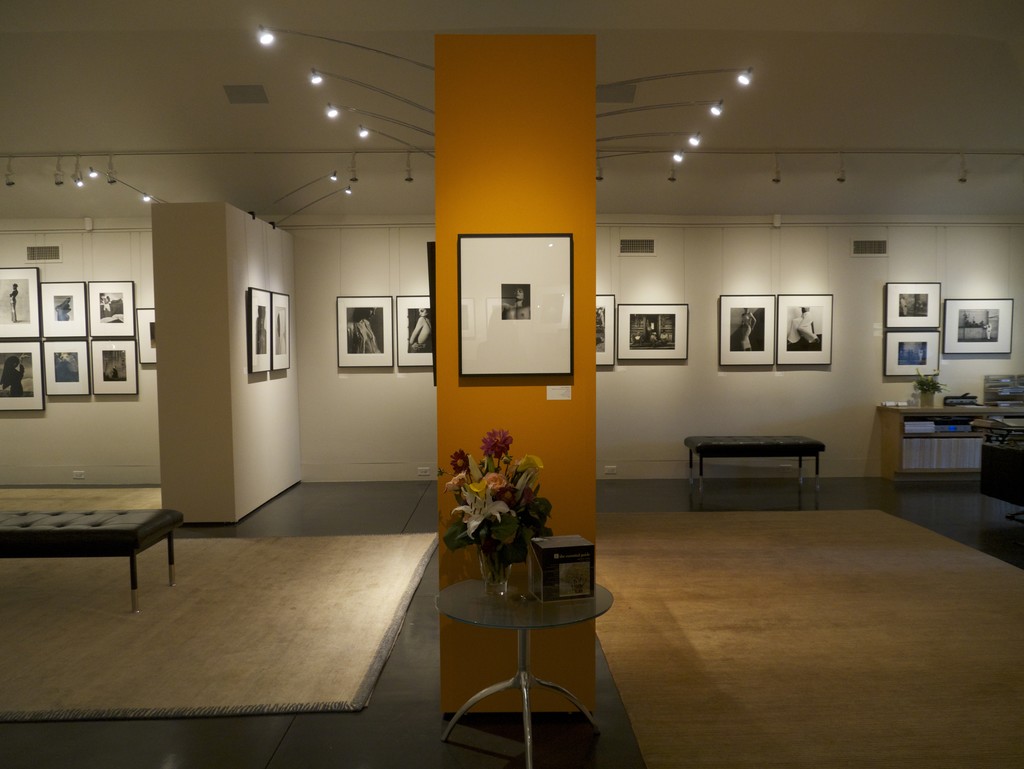 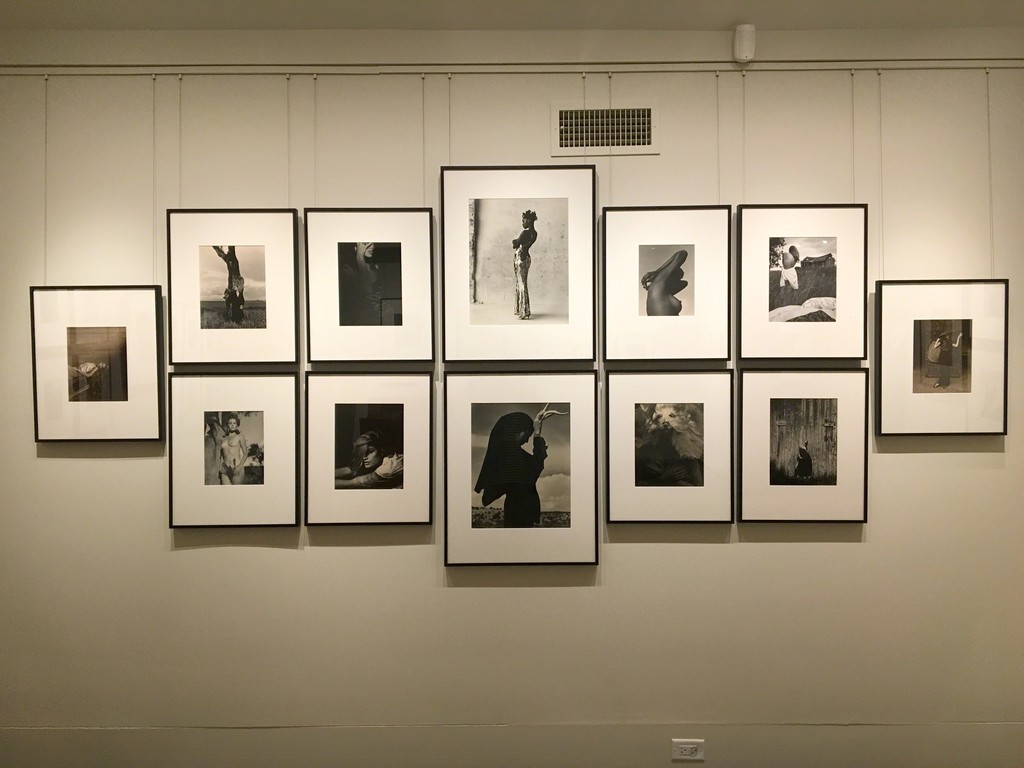 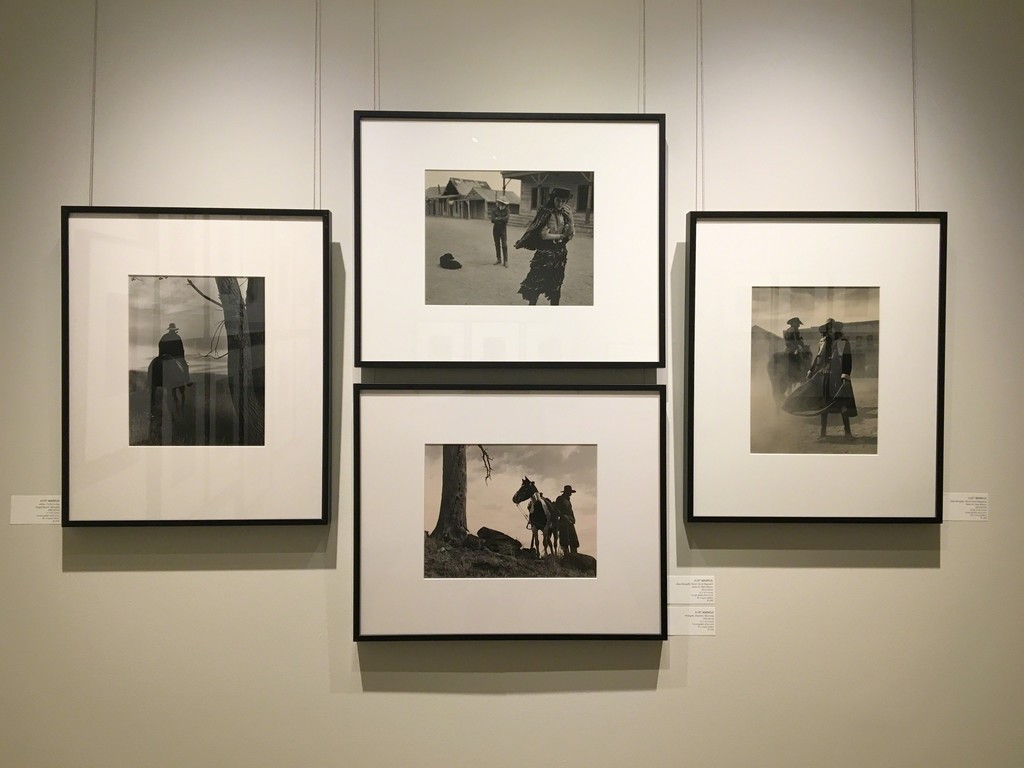 VERVE Gallery in Santa Fe, New Mexico, will host a fine art photography exhibition in the main space from Friday, June 17 – Saturday, August 27, 2016. The opening events will take place the weekend of July 15, 2016.

Fashion wear is really about new and “original” garments launched in some faraway place and featured on the pages of a slick magazine. However, first the new outfits have to be captured on film. And so it was in the 1990s that the fashion houses discovered the American West. It became the set location for the biannual introduction and display of new wardrobe collections, the new trends in luxury designs.

When the fashion editors discovered the West, they went looking for a genuine Western cowboy photographer, someone who knew the heart and practice of small-town cowboy life, “cowboy culture,” on vast cattle ranches—someone who was a true cowboy chronicler and well connected. Kurt Markus was their man. For 35 years he had photographed the buckaroos of Oregon, Nevada, Idaho and California; the cowpunchers of Texas, Oklahoma, New Mexico and Arizona; and the cowboys of Montana, Wyoming, Colorado, the Dakotas, Nebraska and Canada. Irrespective of the different captions these wranglers wore there was one common thread, according to Kurt: “They [these chaps] ride in the company of like-minded souls.”

While Kurt has enjoyed many lives as a photographer, his cowboy years were among his earliest. What makes his work so unique is that he photographed cowhands not as an outsider, not as a dude, but as one of them. Kurt hobbled, bridled and saddled his own horse, and rode the prairie lands with them. He camped and bunked on the range. He gathered, culled, roped, medicated, castrated, branded and earmarked calves, heifers, steers and bulls. He had his meals at the cookhouse or chuck wagon alongside them—biscuits and gravy for breakfast; spam, biscuits with corn inside, pickles and “a cake from headquarters” for lunch; and cast-iron-skillet hash, chili and beans for supper. He slept outdoors with “nothing but me and the stars.” He stared into open campfires; he learned to drink, smoke, laugh and bullshit. Together they weathered sleet and snow, rain and lightning, and sweltering heat. He became one of them and they bonded.

In this 35-year wrangler stint, Kurt didn’t do this on just one or two ranches—he photographed on the order of 30 or more of the largest ranches in this country. He deployed from deep South Texas to the Canadian border and in every state west. He earned his spurs. More importantly, however, he photographed cowhands, as one of them, on their home turf. He captured them on film as they see themselves.

While Kurt was Montana born and raised, his was not a ranching family. He became a cowhand by choice to better photograph the Western cowboy. His compact with them was this:

At times I am saddened that I am not what I photograph. Always the observer, seldom the participant, what I am made of remains unanswered. My distance protects me, physically and emotionally, from getting as busted up as I ought to sometimes. Which is why you’re not going to get the whole truth from me. I have entered into an unspoken, unwritten, and generally inscrutable pact with the people I have photographed and lived among: if I promise not to tell all I know about them, they will do the same for me. In most cases, I have more to hide.

In the early 1980s book publisher Jack Woody discovered Kurt’s work. Together they collaborated on his first of three American cowboy photography books, After Barbed Wire: Cowboys of Our Time. This very elegant publication features black-and-white images of sheet-fed gravures on uncoated paper and was published by Twelvetrees Press in California in 1985. Kurt credits Bruce Webber, a photographer himself, for selflessly championing his photographs and Jack Woody for making the book “without apology or apparent compromise.”

Then, the phone rang one day, and it was Levi’s of Levi Strauss & Co., purveyors of “authentic western riding wear,” with an assignment to photograph the company’s new brand of cowboy-cut jeans. Kurt was a natural. The project further advanced his notoriety.

Following the Levi’s assignment, Yohji Yamamoto, a true fashion guru based in Tokyo and Paris, was taken by Kurt’s book After Barbed Wire and wanted him for a bed-and-bath campaign. Kurt took them—“God help them,” he exclaims—to a remote ranch in Nebraska. According to his account, he and Maria, his spouse and lifelong agent, “took a bed outside, made it up and shot it”; then he put a towel in a stock tank and threw it over a barbed wire fence and shot it! The images ended up in a catalog published by Yamamoto, and the brochure made the rounds of the fashion world. The rest is history.

Kurt is one of the most distinguished portrait and fashion photographers in the last quarter century. The New York Times describes his work as “arresting black-and-white photos from a master fashion photographer.” His work has appeared, for the most part, in every major fashion magazine and more.

His portraiture is the very essence of excellence in refined craftsmanship; his images are known for their grace and wit and absolute mastery of the quality and character of light. The portraits are spartan, image qua image. They are without distracting elements and distinguish themselves with sober, unadorned clarity. There is no mistaking the object photographed. The composition is straightforward. The shapes are robust, sturdy, lusty and spirited. Each promotes economy in concentration from the viewer. The negative space is truly void, whereas the light is delicate and accenting, revealing and complimenting his subjects. The deep and soft shadows are ideally placed.

As a cowboy portraitist, Kurt’s goal was to capture a faithful representation of his subject’s likeness. Portraiture by its very nature is built around compromise between the artist and his subject; it involves the direct collaboration between the two. Thus, for the most part, Kurt’s cowboy subjects appear as they wish to be seen. How a person wants to appear is partly who he or she is. Often the artist and subject will agree to set the subject within a specific context—a barn and/or corral, with hat, jeans, belt buckle, belt, neckerchief, lasso, chaps, spurs, bedroll, bridle, pets (often dog or horse), etc.—his subjects are dressed with accoutrements to look the part, meaning like genuine cowhands.

Kurt’s formal portraits are not photographs of unsuspecting subjects caught in unguarded moments, but rather of persons revealing themselves, perhaps unknowingly, as they wish to be seen. It is noteworthy that irrespective of the camera’s location, each of his sitters is seen in an aspect of stern frontality—is serious—and in almost every image the subject’s hands are an integral part of the portrait. His cowboy images present his subjects without any bias. He has been honest and respectful. The portrait is their mirror. These images are unequivocal and fair, humane and objective. Kurt prints his own work, and these silver gelatin prints render his subjects beautifully.

His transition from cowboy photographer to fashion-image maker has made Kurt the very model of versatility. Fortunately, his timing was perfect. The fashion world moved out of the studio to the outdoors. They were celebrating sunlight on skin, and the West was a natural setting. At the same time, the shoots became exponentially more complicated because the exercise now had an entourage—directors, stylists, makeup artists, hairdressers, models, stars, starlets, celebrities, extras, assistants and extra extras. Often it was unclear which audience was to be served by the shoot. The venues became increasingly more remote. On the other hand, the sleeping accommodations became fine five star hotels, no longer in a sleeping bag on the open prairie, and the cuisine improved to culinary delights rather than grub on the open range.

The fashion picture, however, was about the clothing, boots, gloves, about nudes selling fragrances or makeup, a long shot from capturing cowboy culture. Here is how Kurt describes it:

There’s a bit of dance going on here: who will lead? I don’t know the person I’m about to photograph, and he, or she, doesn’t know me. Maybe it’s an assignment and I’ve got a short time with that person and things need to unfold quickly. The subject might ask: “What do you want me to do?” I might reply: “What would you like to do?” This response might not be comforting. I’d guess most people would prefer to simply submit to the process: “I’m in your hands now, I sure hope you know what your doing.”

Can I erase myself from the process, become invisible? Not always. More truthfully, seldom, if ever. But I don’t come armed with a signature lighting system, or lens, or even a concept. I’ve tried to coax a few celebrities into clothes they didn’t want to wear or situations they didn’t want to be in, and not only did I fail to convince they should trust me, I felt stupid. Which is the last thing you want to be when you’ve got a camera in your hands. Engaged, yes. Curious, yes. Charmed, yes. Stupid, no.

Over the years I’ve come to believe that if I just put myself out there, and, in a manner of speaking, “fall in love” with the person I’m photographing, something good will happen. I want the person to like the picture I’ve done, but I also want them to see themselves in it: their flaws as well as their individual strengths. Acceptance of who they are.

Kurt Markus takes great pride in the black-and-white gelatin silver prints. He prints his own work. He has selected the images in this exhibition, and these are not necessarily pictures published in fashion magazines. Rather, these are his best images, not meant to sell clothing or perfume or makeup or boots or gloves but to be seen, studied, enjoyed and admired as fine art photography.