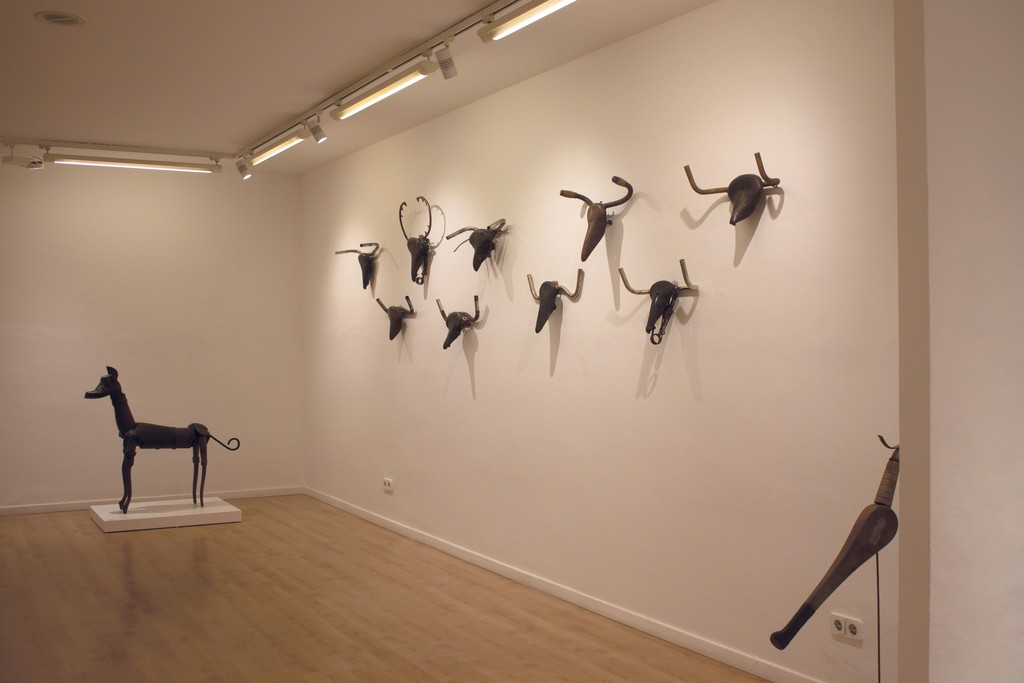 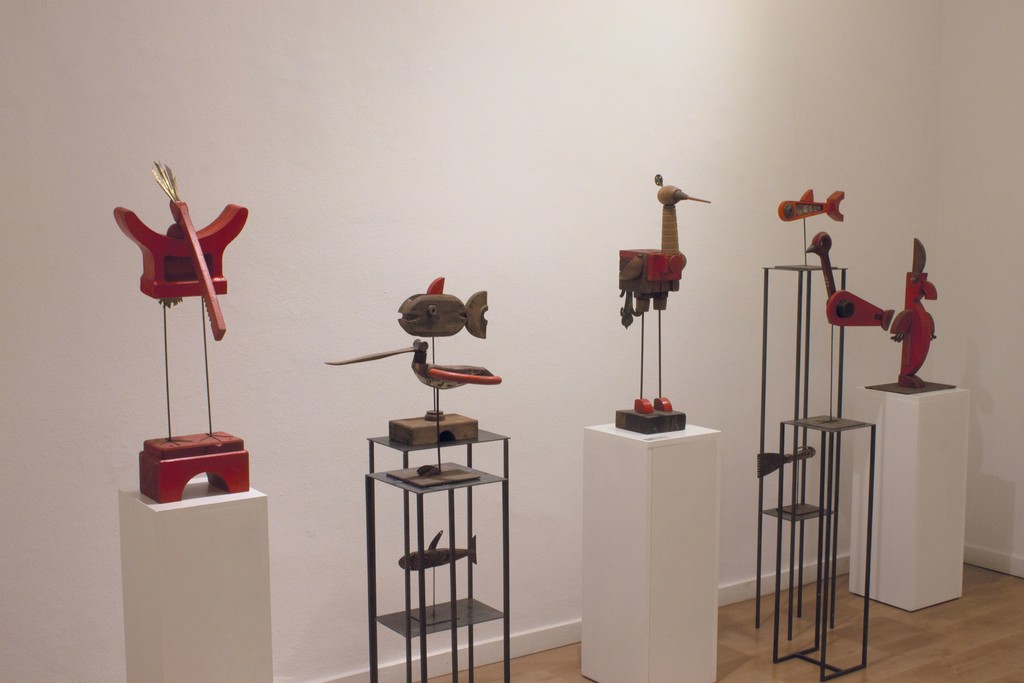 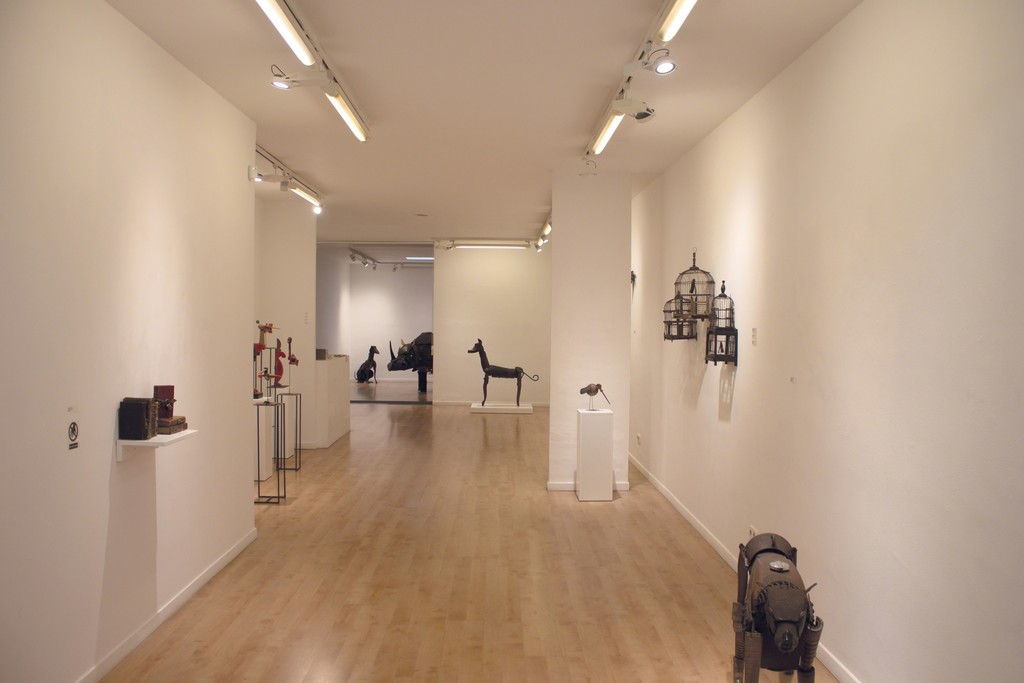 The exhibition is a representative sample of the work of Miquel Aparici. It includes a wide variety of animals, from small birds to a cheetah, dogs, a rhinoceros and other unique pieces. In total, the sculptor presents around twenty pieces.

Miquel Aparici sculptures are striking assemblages, made from recycled unused objects of iron and wood, who have their own history. His work is characterized by simplicity, as most of its pieces gather together a few elements, which results in very elegant compositions of simple lines, which, however, thanks to its original combination, are endowed with a big powerful expression.

His work has been exhibited in different galleries in Barcelona, in addition to an exhibition shown in the temple of the Sagrada Familia, where he showed a curious selection of pieces inspired by by various animals carved by Gaudi.

Miquel Aparici's sculptures have traveled to Madrid, San Sebastian, Santander, Sitges, Gerona, Valencia, Menorca, Valladolid, Freibrug (Germany), Milan (Italy) and New York (USA). His sculptures test the viewer's imagination because they show familiar objects in a different context than usual, and play a different role, which gives them a new identity. Thus, appealing to the wit and sense of humor, the artist gains complicity of the audience and invites you to participate in his own game, which is to recreate reality and transform it into art.