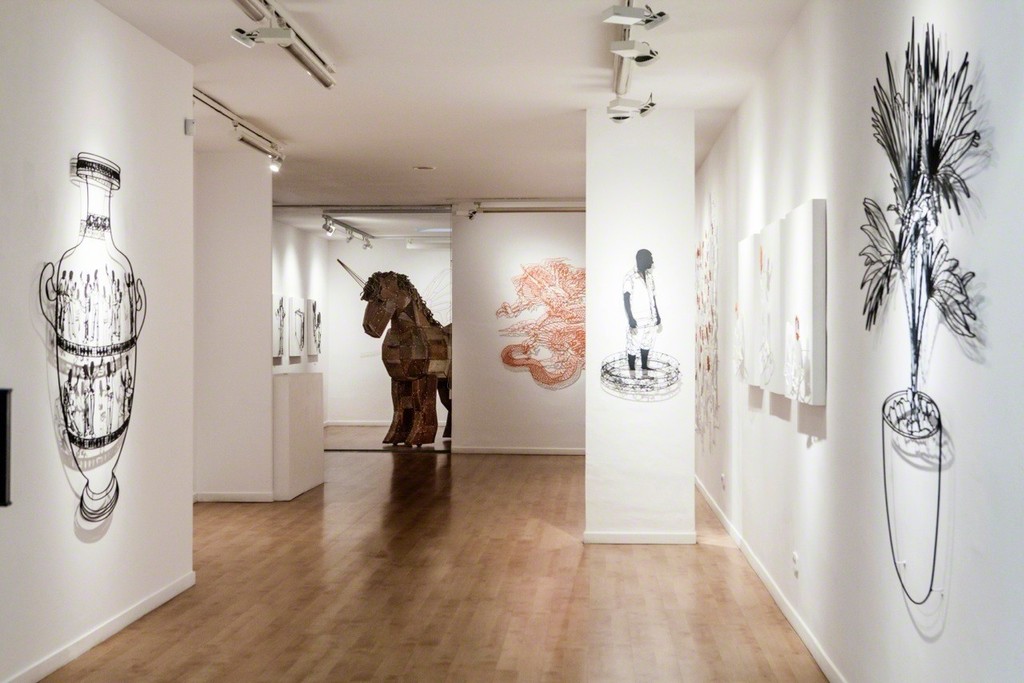 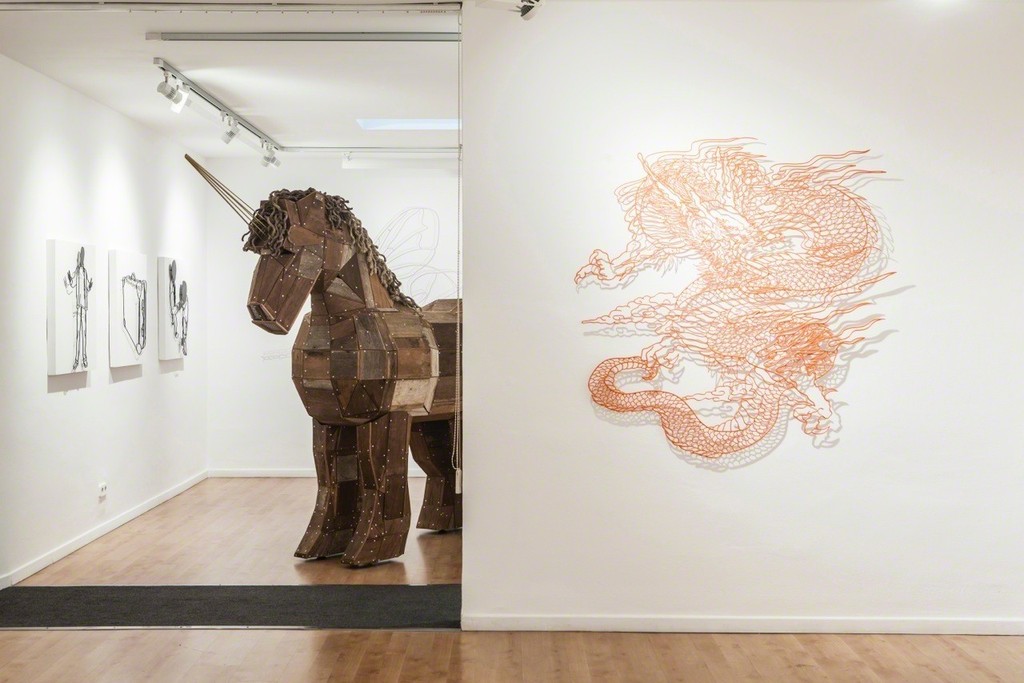 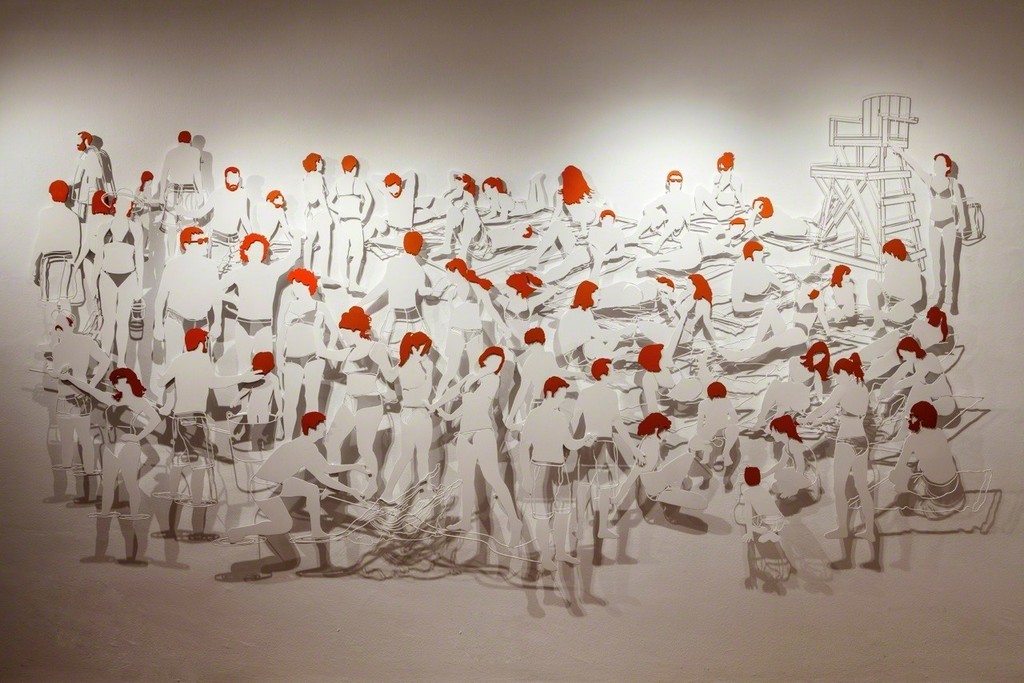 On May 6, 1937, the radio reporter Herbert Morrison was assigned to cover the arrival of the Hindenburg in New Jersey. Morrison’s touching description of the disaster after the zeppelin Hindenburg crashed has become a classic of the sound history.

<<Oh, the humanity!>> was one of those phrases used by Morrison during the explosion. It has endured and has become popular and nowadays is used sarcastically or in situations of irony. The artist Frank Plant adopts this phrase to name one of its main works in the exhibition and also to refer to the set of works that gather this time in the gallery.

The artist brings his usual mix of imaginative and acerbic views on the individual and the collective states of ourselves and society. Plant’s use of humor and social appraisal through his drawings in steel brings a truly unique voice to the panorama of artists who choose to work in the realm of social critique and commentary.

Plant treats social and political themes such as climate change and unemployment, explores secular mythological characters recast as potent contemporary symbols, as well as honoring the everyday in objects that rarely merit a second glance.

Frank Plant is a Barcelona based American sculptor. He studied sculpture at the University of the Arts in Philadelphia, Pennsylvania. After finishing his B.A. in fine arts in 1993 he moved to Amsterdam and during this period he began to develop his drawings in steel. These are simple and direct studies of the forms and compositions of everyday objects and situationsWelded steel has always been the principal medium for Plant’s work, whether in his two dimensional pieces such as his fingerprints series or his earlier three dimensional kinetic metal sculptures, that incorporate found objects. In 1999 Plant moved to Barcelona and began to diversify the materials he uses in his sculpture.