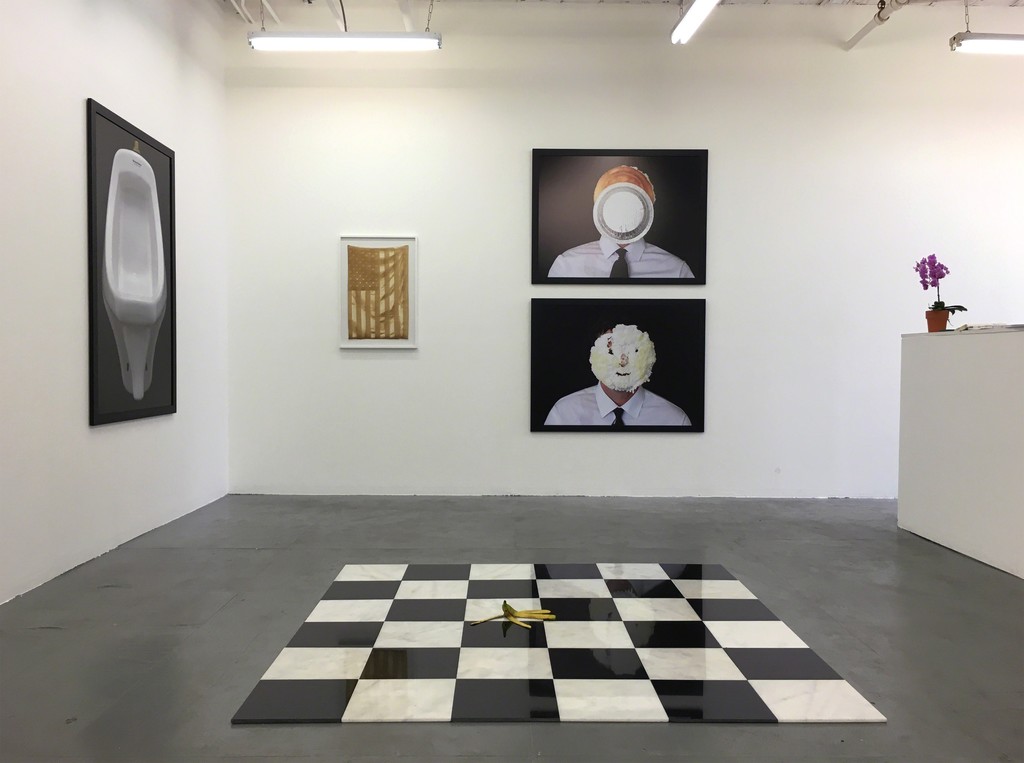 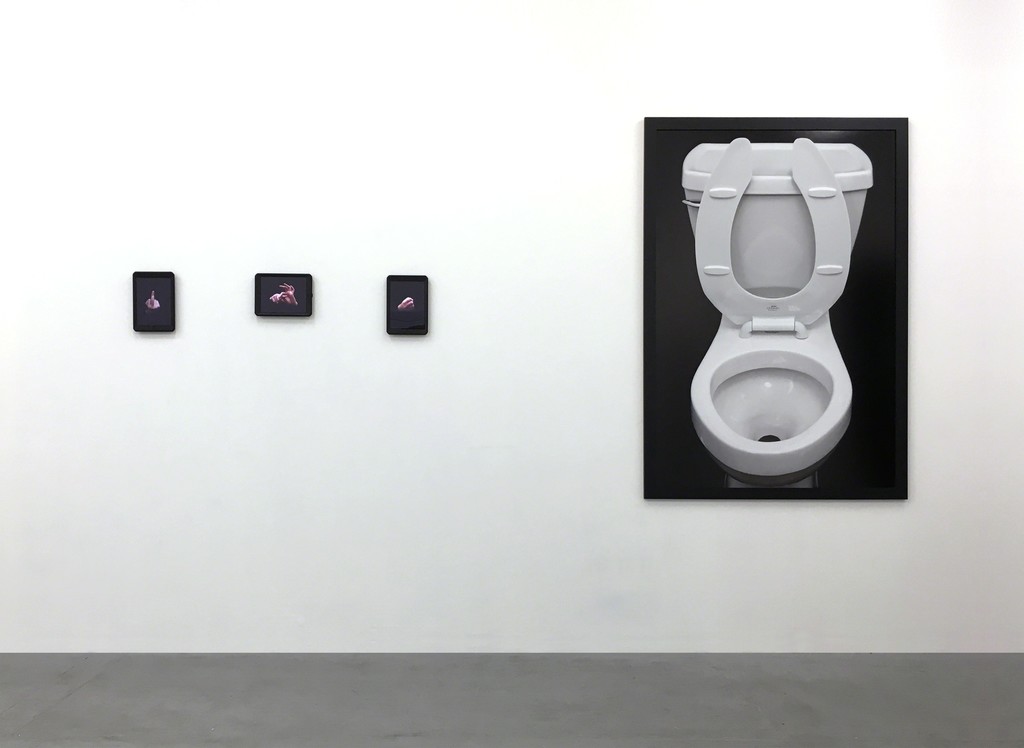 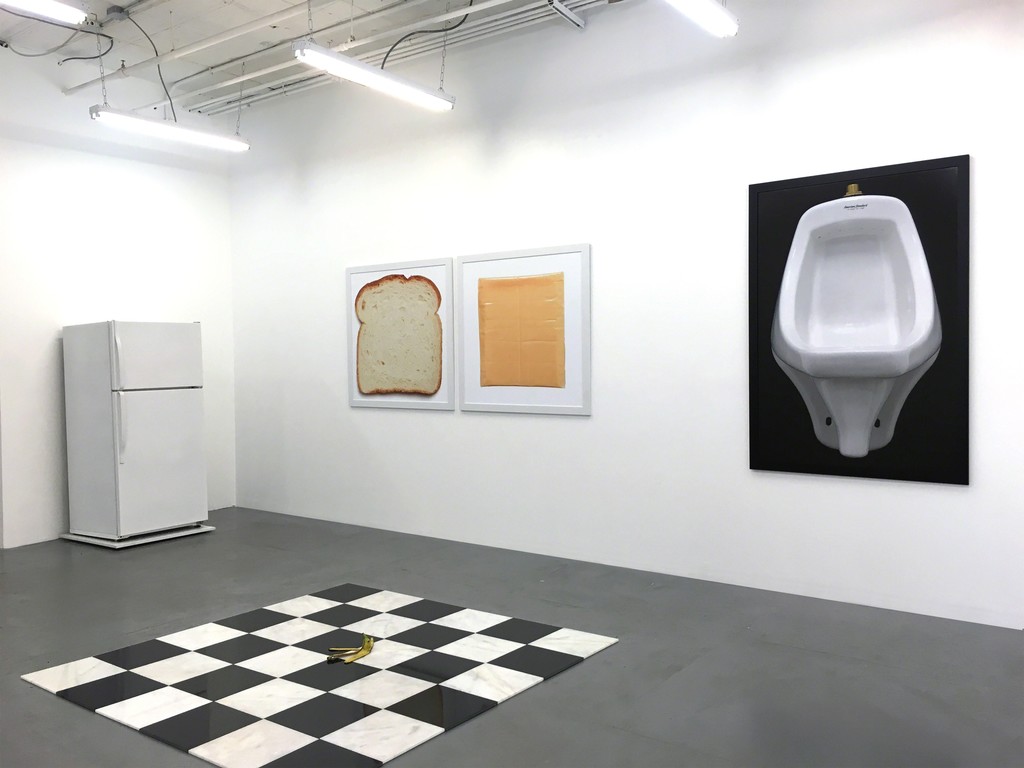 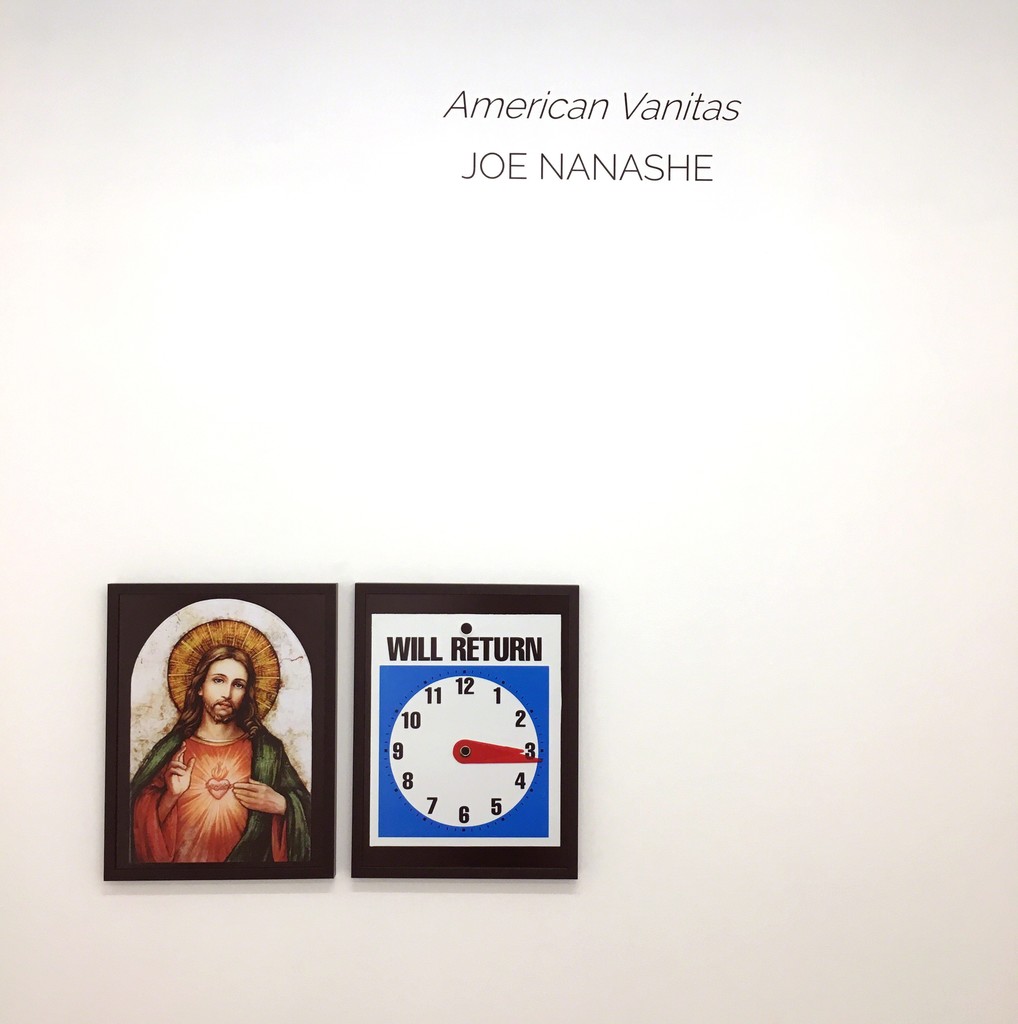 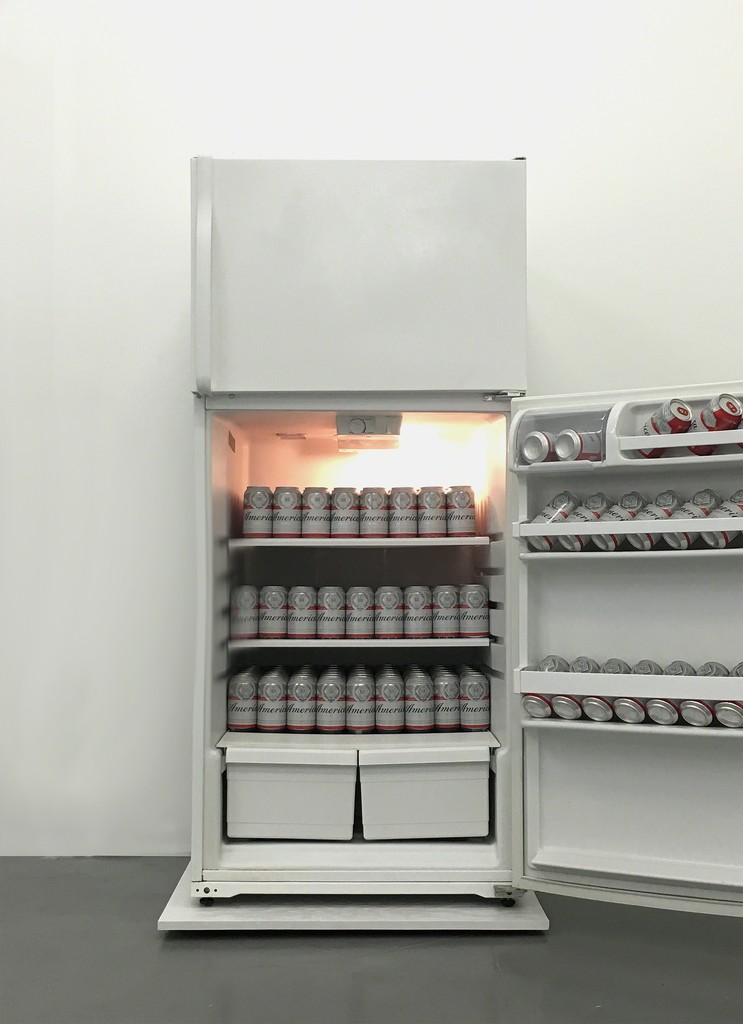 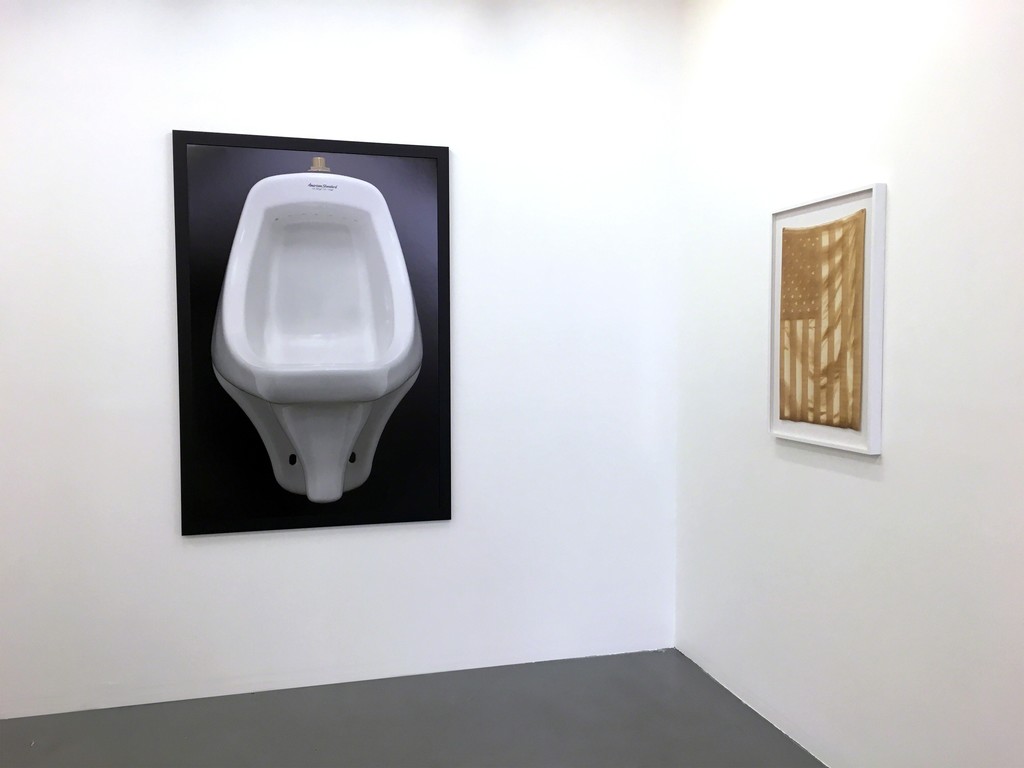 VICTORI + MO is proud to present American Vanitas, an exhibition of new mixed media work from Joe Nanashe, opening September 9, 2016. This will be the artist’s debut solo exhibition with the gallery.

A selection of video, photography and sculpture rooted in Dada, Minimalism and vaudeville, American Vanitas presents an uncompromising vision of the Republic’s tragicomic landscape. Furthering the artist’s efforts to catalogue modern American simulacra fusing the humorous and the grotesque, American Vanitas suggests a socio-political climate so dire as to be teetering on the absurd.

“American Standard,” an outsize photo of an American Standard-brand urinal, references Duchamp’s readymades and employs the spare text as a signifier of the country’s current political discourse. It also references the body, turning simple human utilitarian action into an implied conceptual performance, a theme consistent throughout the exhibition and the artist’s career.

“Preserved American,” an image of cellophane-wrapped cheese, harnesses photography’s ability to arrest death and time. Casting the cheese as both a living, growing organism, and as a processed, reconstituted product, it serves as a stand-in for the American psyche and the political machine’s tendency to preserve and exploit a revisionist, chiefly white male, history, and the public’s willingness to consume this byproduct, most recently seen in the sloganeering of “Make America Great Again.”

Taking its cue from Warhol, “Serious Injury or Death May Occur,” a photograph of a discarded banana peel primed for a classic vaudeville bit, sets-up “Untitled 6×6 Marble and Granite with Banana Peel,” an installation of a banana peel resting on a tiled marble and granite floor. It takes the phallic form of the fruit and emasculates it, the limp, spent peel critiquing the brutality of Minimalism and in particular Carl Andre, who, according to the artist, is the ultimate perpetrator of Modernist machismo and its sins.

A pair of images, “Untitled Self-Portrait with Banana Cream Pie 1” and “Untitled Self-Portrait with Banana Cream Pie 2,” extend the metaphor of kinetic, momentarily arrested disaster. Finding the earlier suggested humiliation now complete, they locate the particular state of the American condition: comic, but one step away from madness. The pie itself both reveals and upholds the mask, its crumbling structure mirroring the collapse of national identity and empire.

About the artist
Joe Nanashe (b. 1979, Akron, Ohio) studied sculpture at the University of Akron, where he received his BFA. At Rutgers University, he began integrating performance, video, and installation into works that confront the viewer with issues of violence, control, humor, perception, and the body. He received his MFA in 2005 and the Paul Robeson Emerging Artist Award in 2005. Nanashe’s work has been included in multiple editions of the New York, Chicago, Boston, and Lausanne Underground Film Festivals, and has been exhibited internationally, including in Switzerland, Germany, the Netherlands, Russia, Canada, and Argentina.