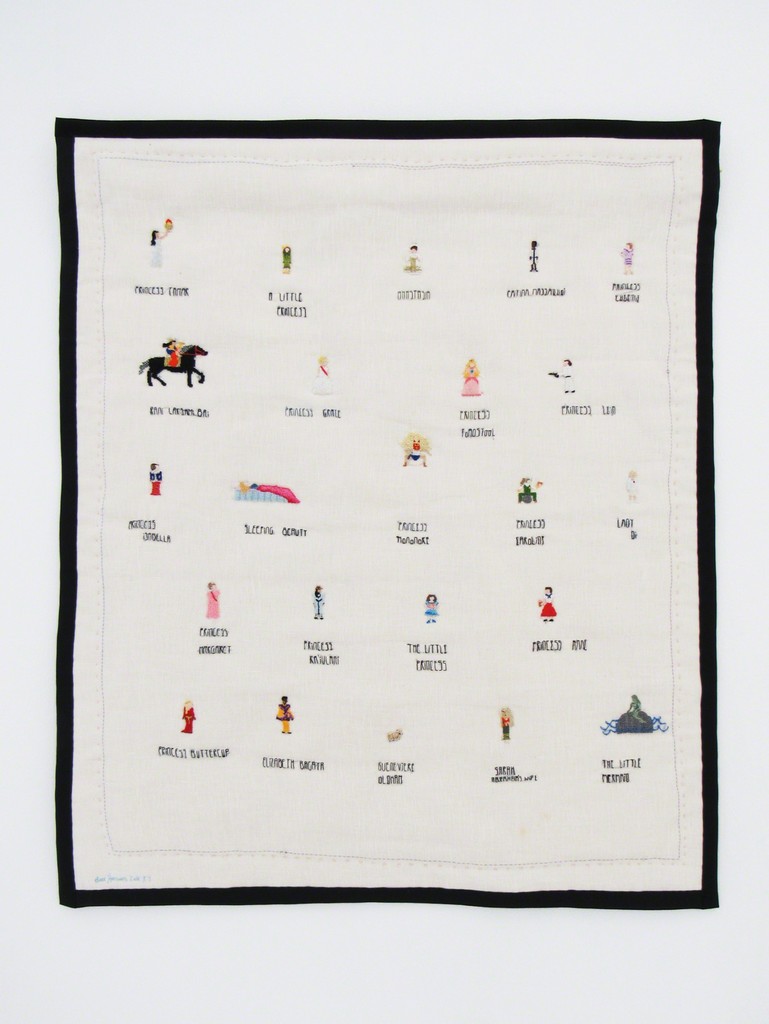 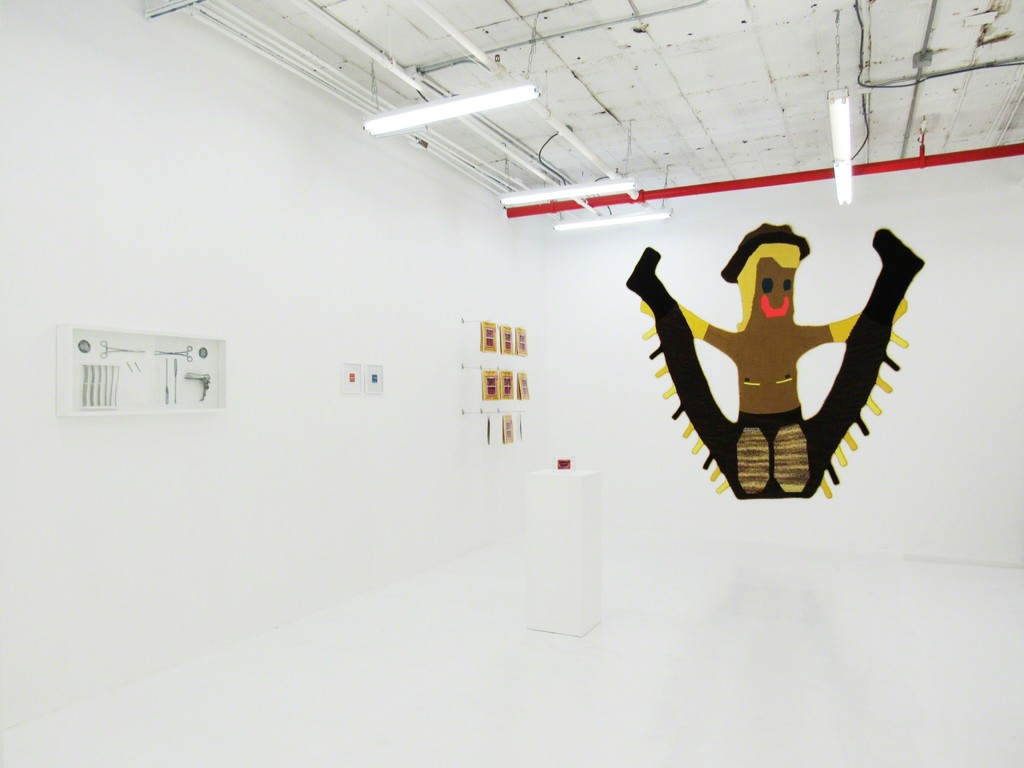 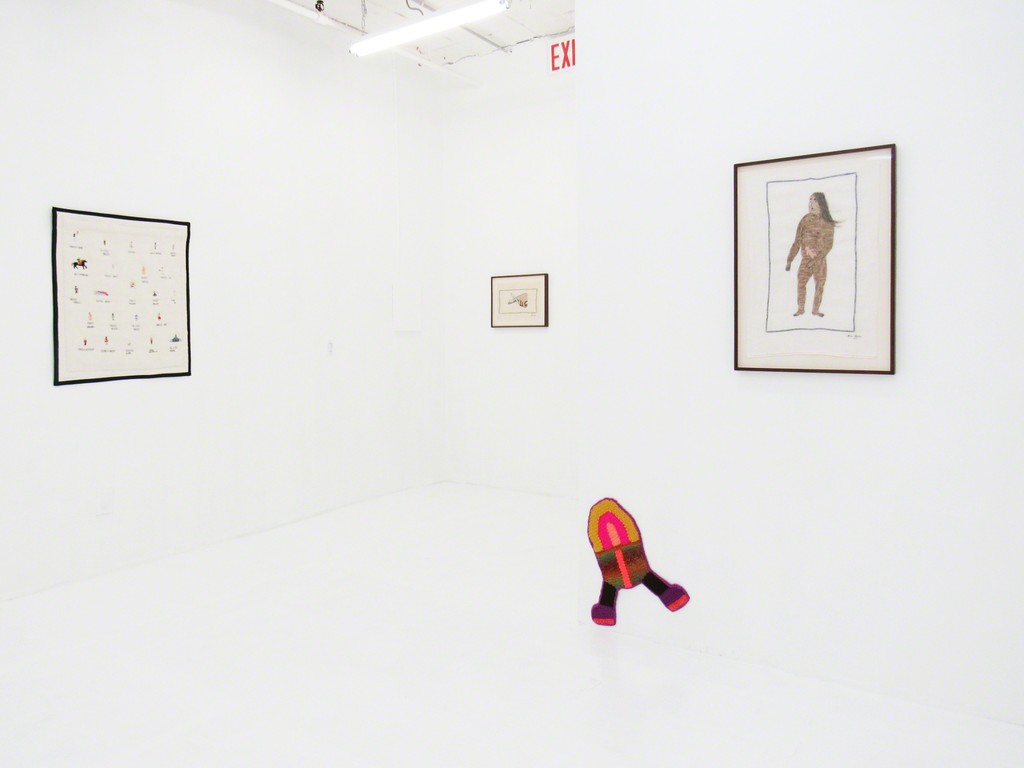 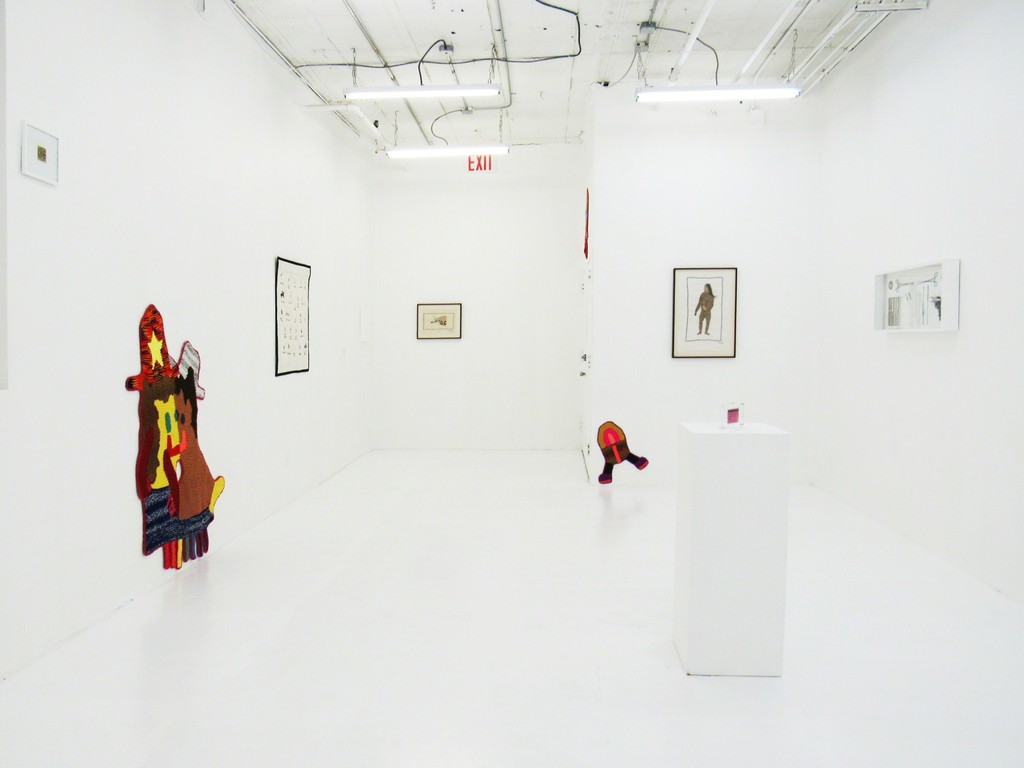 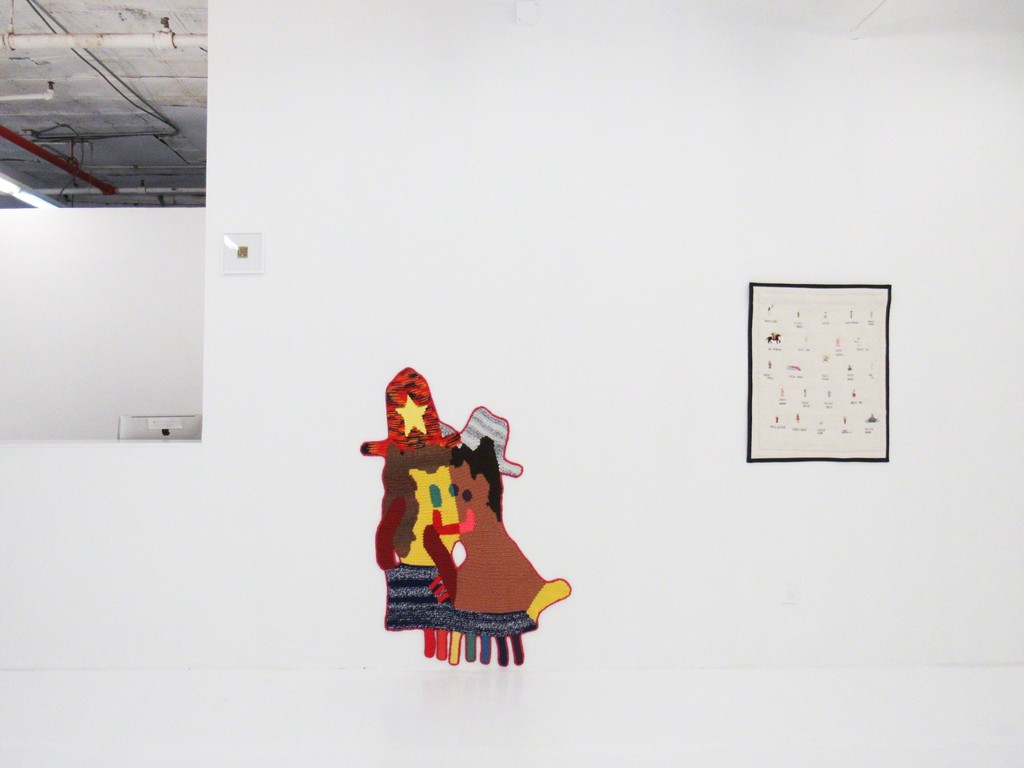 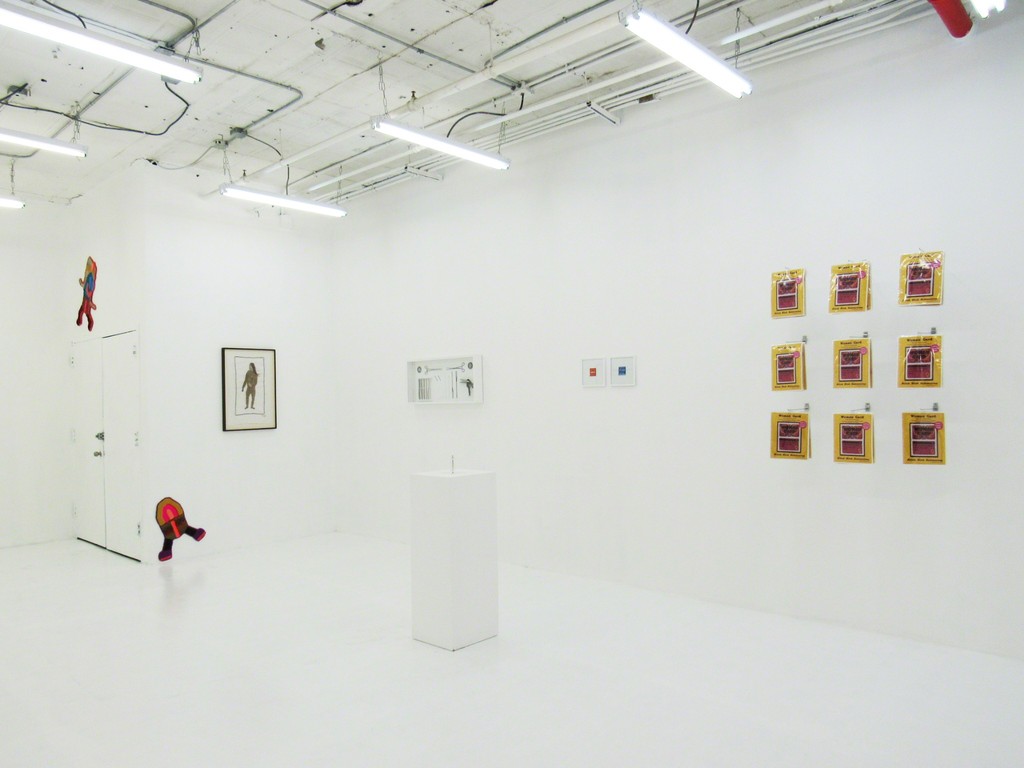 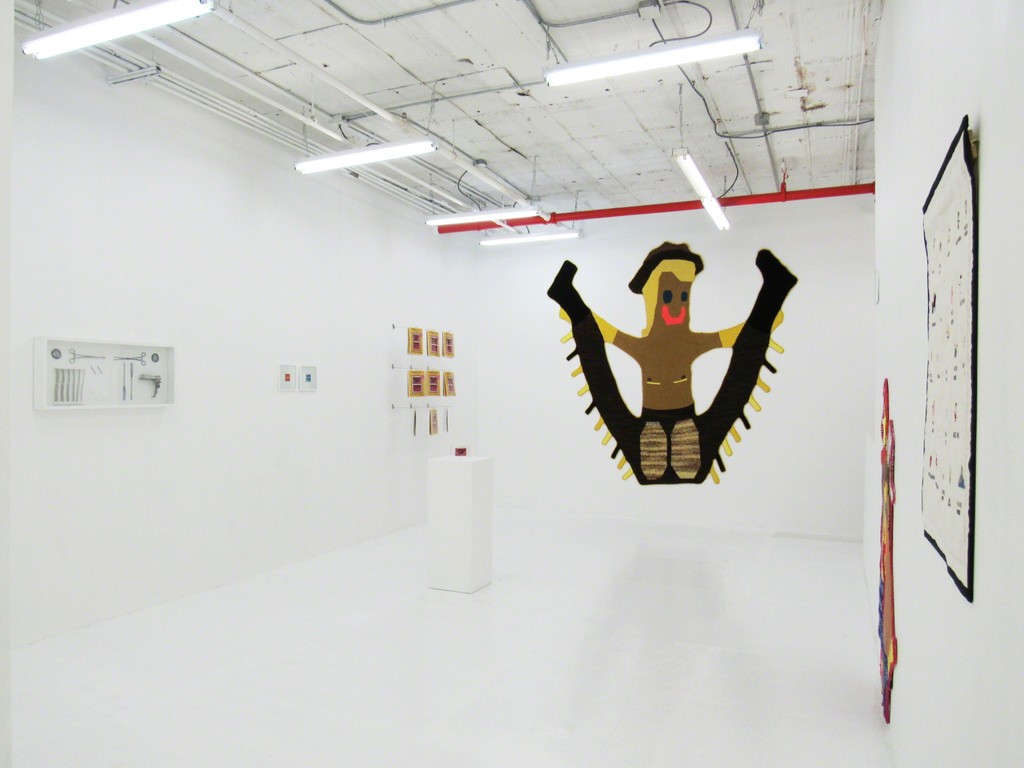 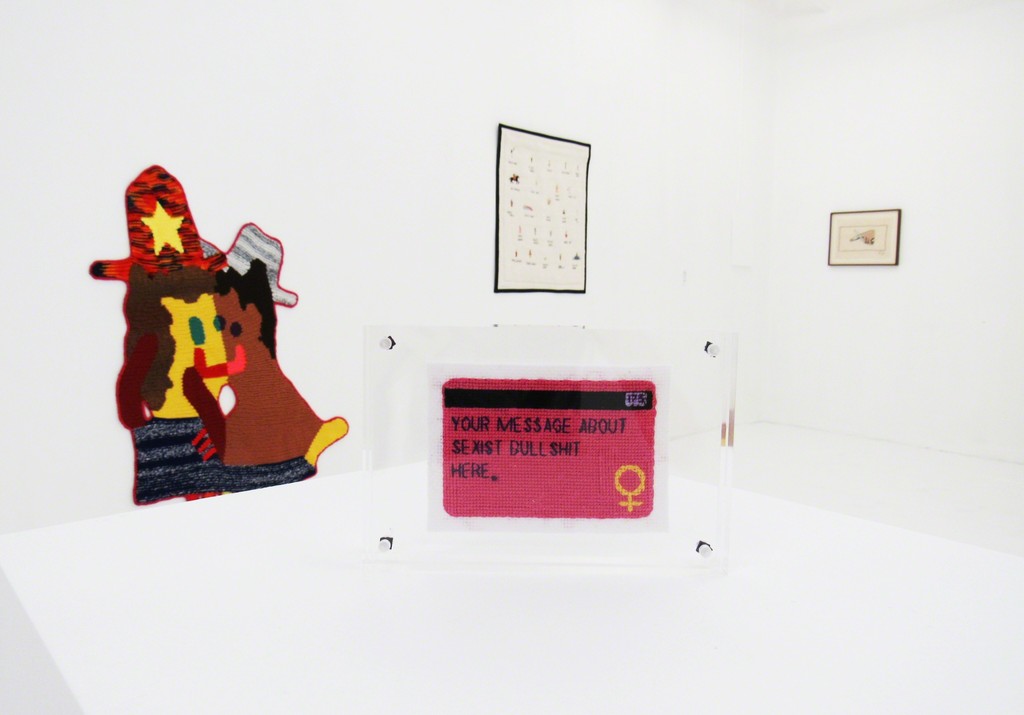 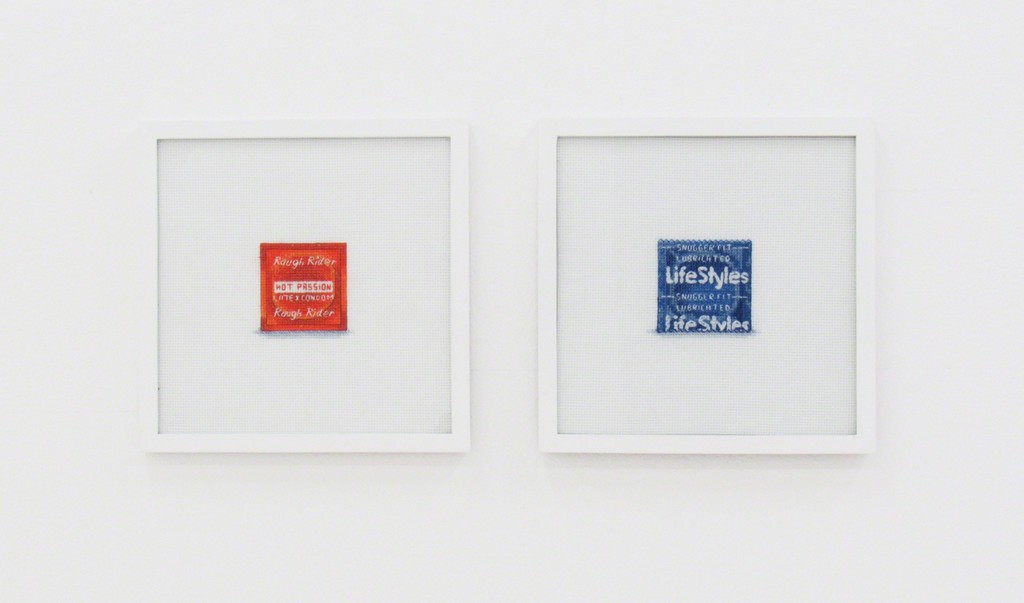 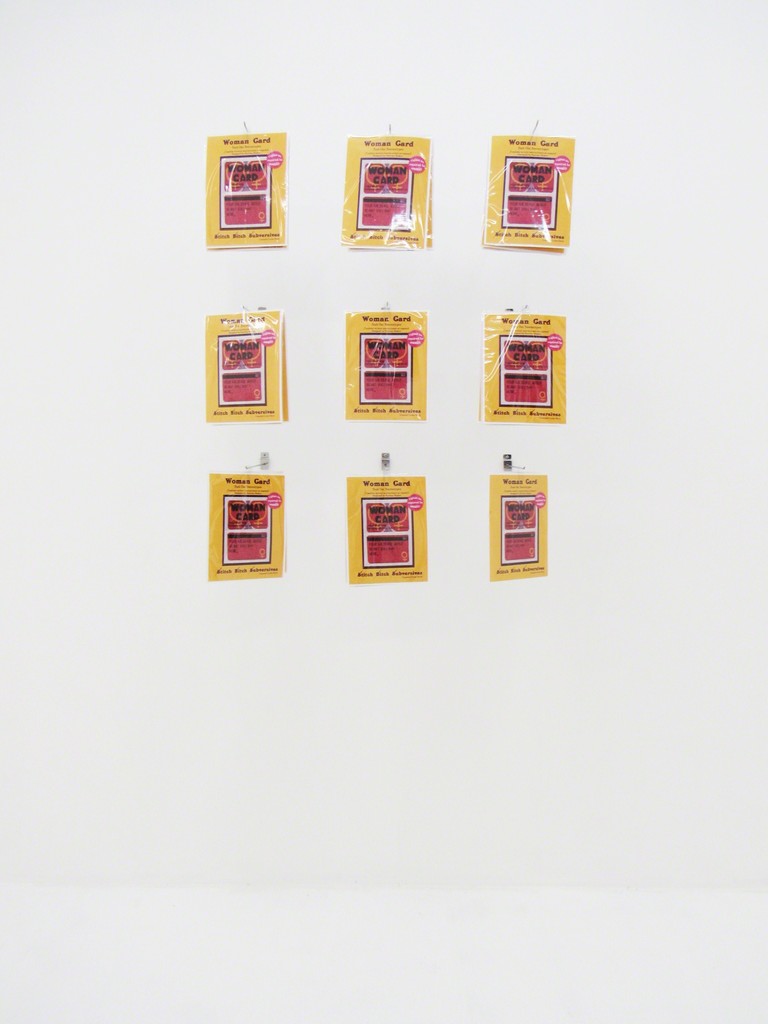 Taking as its point of departure the historical relegation of fabric and embroidery work to the status of “craft,” Nasty Stitches elevates these practices as powerful mediums for creative expression and empowerment. Each of the artists use their work within these mediums to address a myriad of political issues related to gender. Weaving together these four artists’ differing approaches to fabric and embroidery, the exhibition presents a unique view of how these mediums have been reclaimed both aesthetically and politically. Framed within the larger context of contemporary American politics, where non-conforming bodies, reproductive rights, and sexual health are under attack, the works presented in the exhibition are all the more powerful.

Nasty Stitches presents Chandler’s crocheted representations of the human figure that highlight the diversity of expression across the gender spectrum; Hansen embroiders well known figures that she connects through different themes; Majkut’s process-based cross-stitchings of objects related to sexual health along with her limited edition DIY counted cross-stitch kit of a “woman card” that patrons can collect and complete themselves; as well as Sachs’ embroidered renderings of medical illustrations related to women’s health.

About Katrina Majkut
Katrina Majkut is an artist and writer living and working in Brooklyn, NY. Majkut holds a MFA from the School of the Museum of Fine Arts in Boston, MA and a BS in Business Administration from Babson College. She currently is in a two-person exhibit, Don’t Touch My Papaya at The Art Gallery at CUNY College of Staten Island. This year, she has exhibited nationwide including: Uprise/Angry Women at the Untitled Space Gallery, Personal is Political is Personal at 440 Gallery and Up for Debate at BRIC MEDIA in New York City. She recently had a solo show at Babson College in Wellesley MA and chashama in New York, NY. She also recently exhibited at the Mint Museum in North Carolina and was an Artist in Residence at MASS MoCA. Mic Media has described her as one of four international artists starting a new chapter in feminist art.

About Sara Sachs
Sara Sachs had a traditional childhood in the 1950’s and her female identity was significantly impacted by the advent of the feminist movement in the late 1960s. Her cross-stitch needlepoint reflects the changes she has personally experienced through numerous varied careers, motherhood and a marriage of over 50 years. She works out of Westport, Connecticut and New York City. At Dickinson Gallery in New York, Sachs’ group exhibitions include Palma, Palmiers, Palm and Domestic Evil.