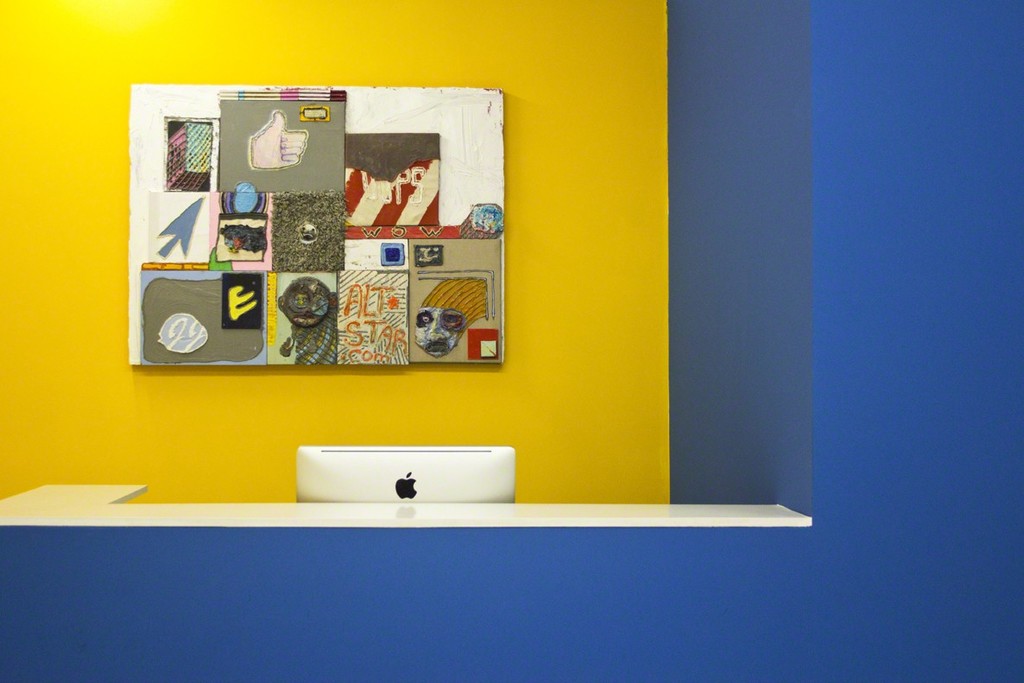 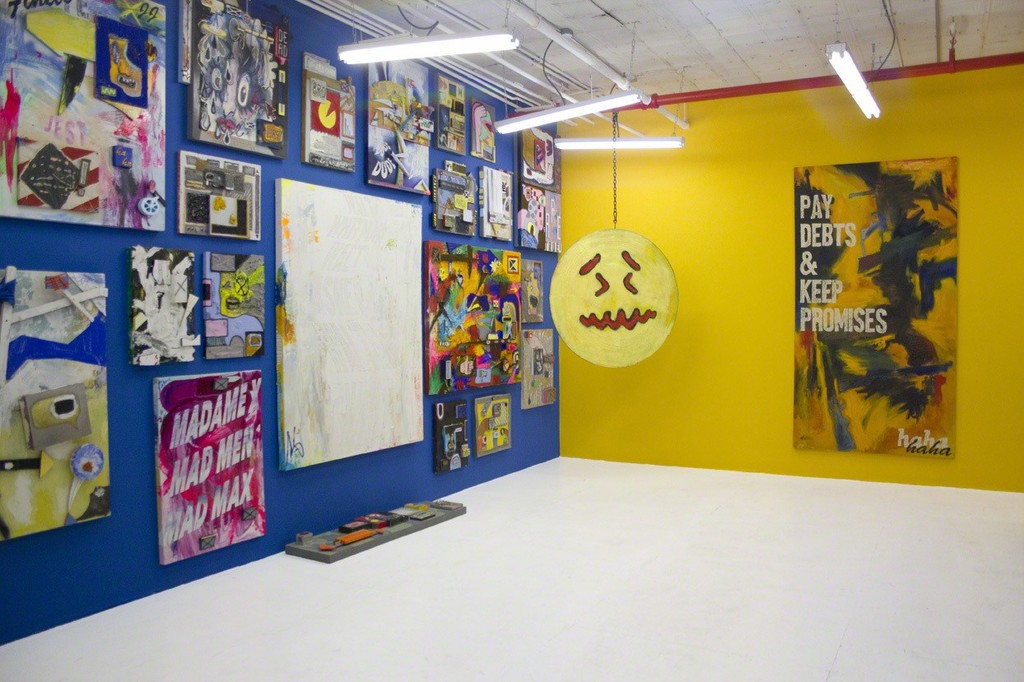 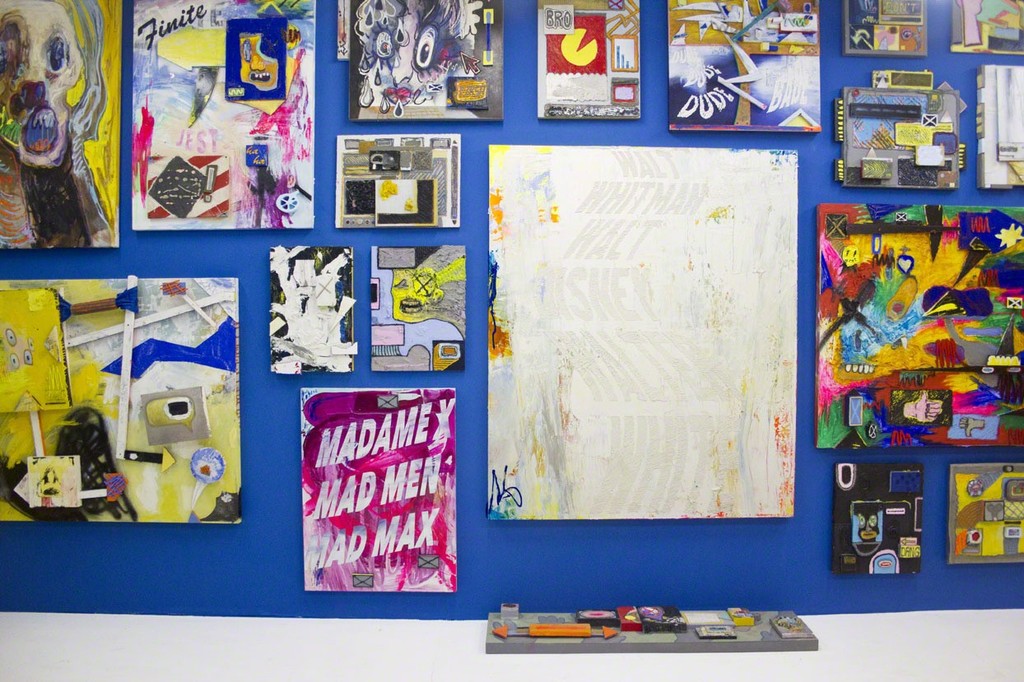 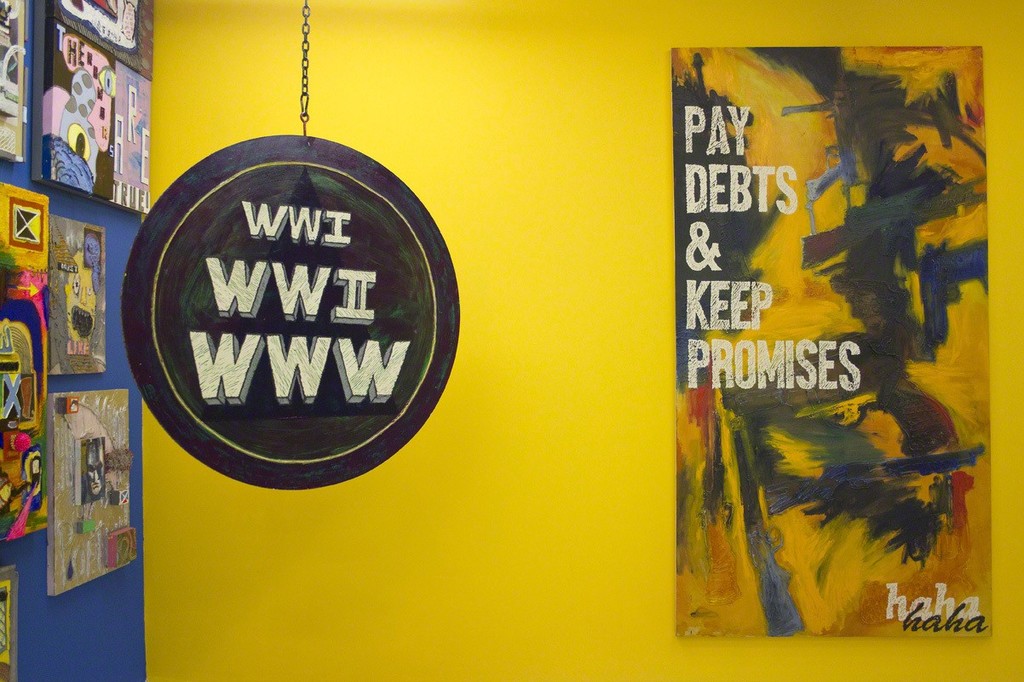 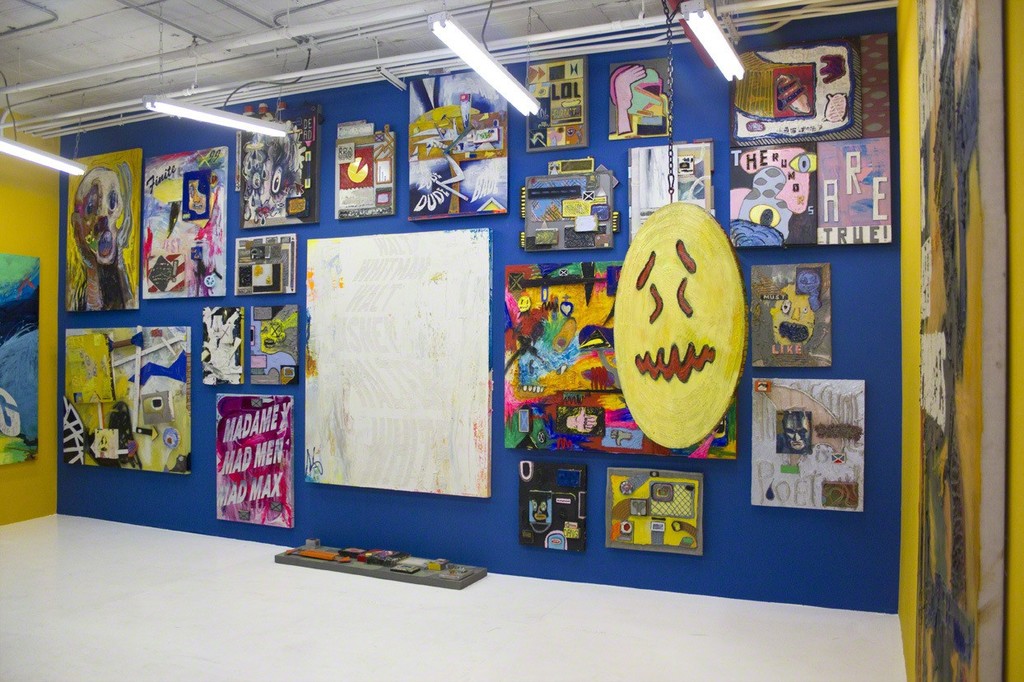 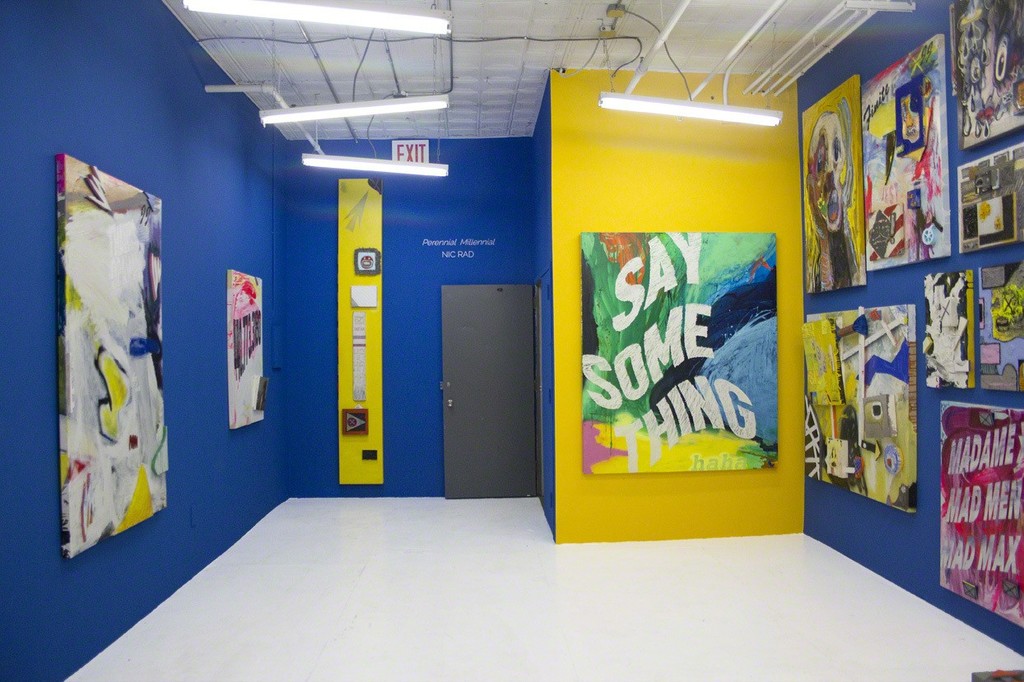 Victori + Mo is pleased to present Perennial Millennial an exhibition of new paintings from Nic Rad, marking the artist’s first solo show with the gallery. A group of gestural assemblages incorporating pop culture and textual tropes root this series in the language and preoccupations of social media and Internet culture, a through line to the unique state of the so-called Millennial generation—sometimes derisively so—who occupy a dichotomous space of anxiety and full-throated confidence. An opening reception for the artist will be held on Friday, April 1st at Victori + Mo from 6-9pm.

As seen by the invented millennial “Jackson Johns,” the theoretical progeny of Robert Rauschenberg and Jasper Johns within the alternative reality where such a thing might be possible, the works constitute an imaginative revival of dada image making. As Rad says, “this kind of lightly-worn hat of a persona seems very natural for anyone who had 10 screen names growing up.”

Expanding on Rad’s fluid exploration of the rifts and frissons between the physical, textual, and digital worlds, Perennial Millennial conjures an expressive lexicon layered with references to corporate information design, emoji, social media, and other modern detritus from a constantly evolving and imploding contemporary visual vocabulary. Shifts in scale, brusquely applied strokes and varying degrees of layering and impasto lend an immediate physicality to the works.

As a dialectic about who paintings are for, and the real and invented narratives generated therein, a second, self-reflexive commentary emerges, one which engages generational attitudes toward painting as a medium, and the self-assurance/self-doubt feedback loop that seems to characterize contemporary art. As a deconstruction of the built associations of recognizable imagery, they distill the aggressive momentum and anxiety of the Information Age.

About the Artist
Nic Rad (b. 1982, Cleveland, OH) is an artist based in Brooklyn, NY. Rad’s multi-disciplined practice has ranged from the performative to the conceptual. For his 2010 show, People Matter, Rad had subjects used digital media influence to acquire paintings for free. Rad has exhibited in New York, Florence, Los Angeles, Miami and as part of the Wassiac Project. He received an MFA from the New York Academy of Art and a BFA from the Savannah College of Art and Design.