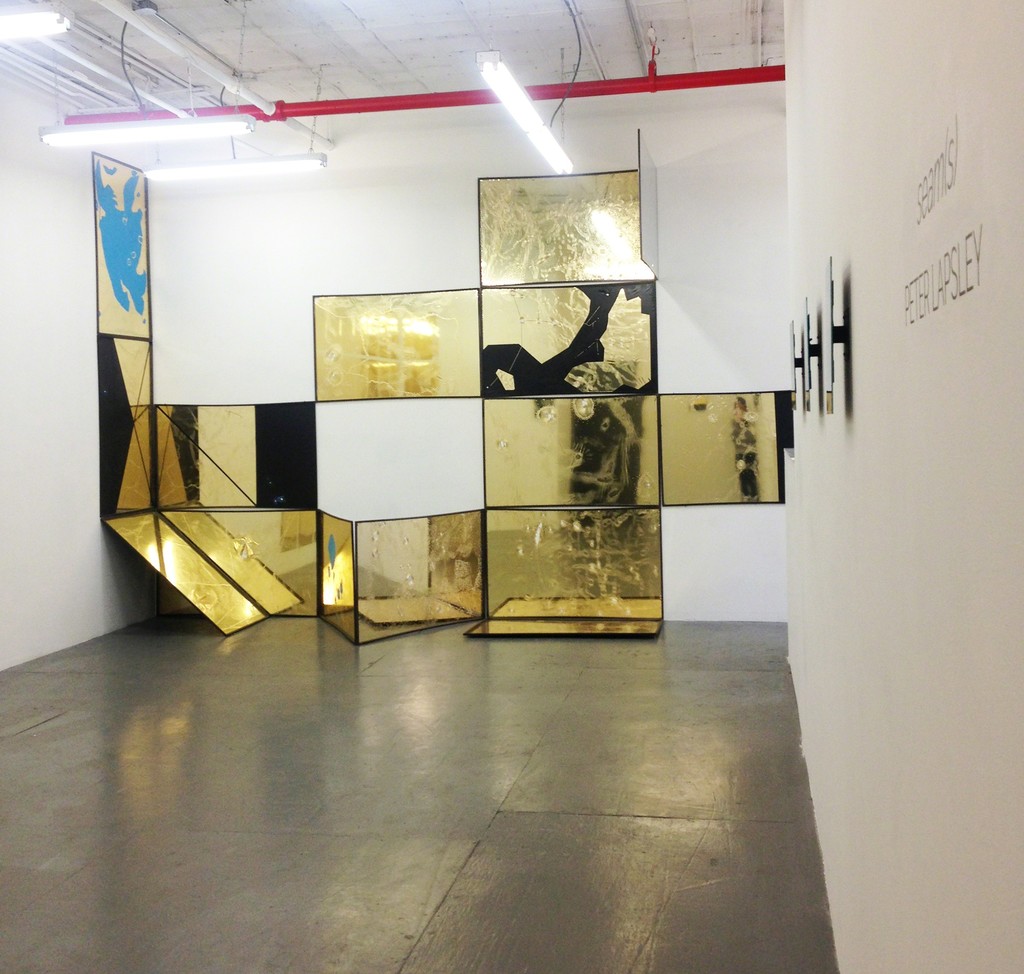 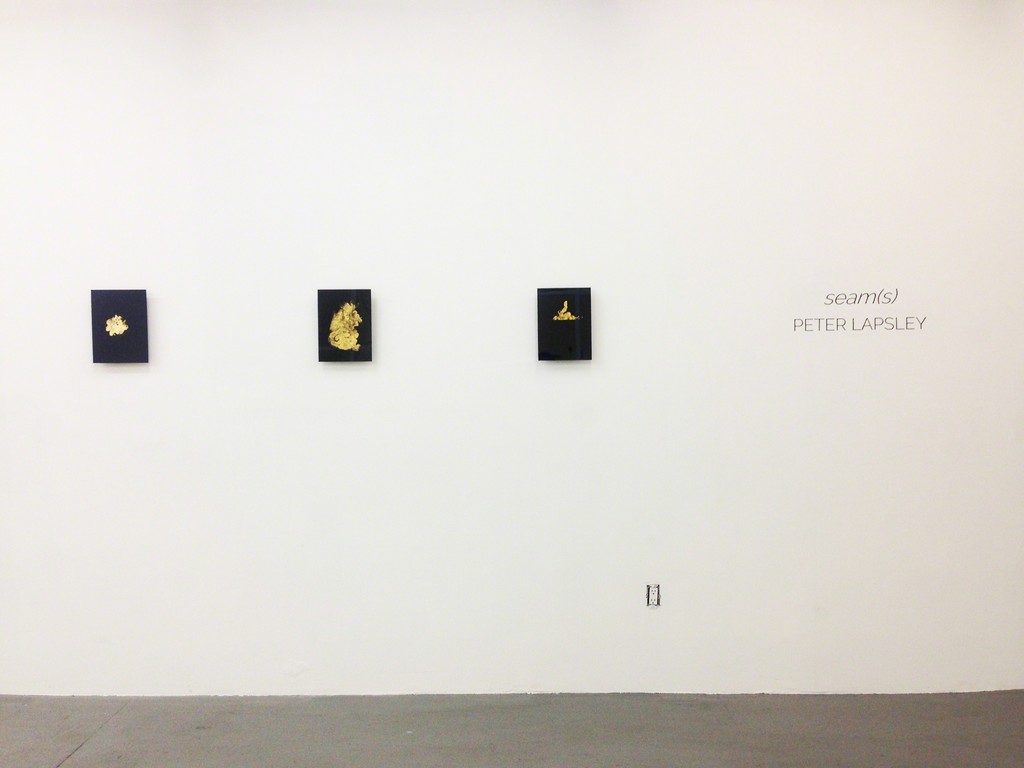 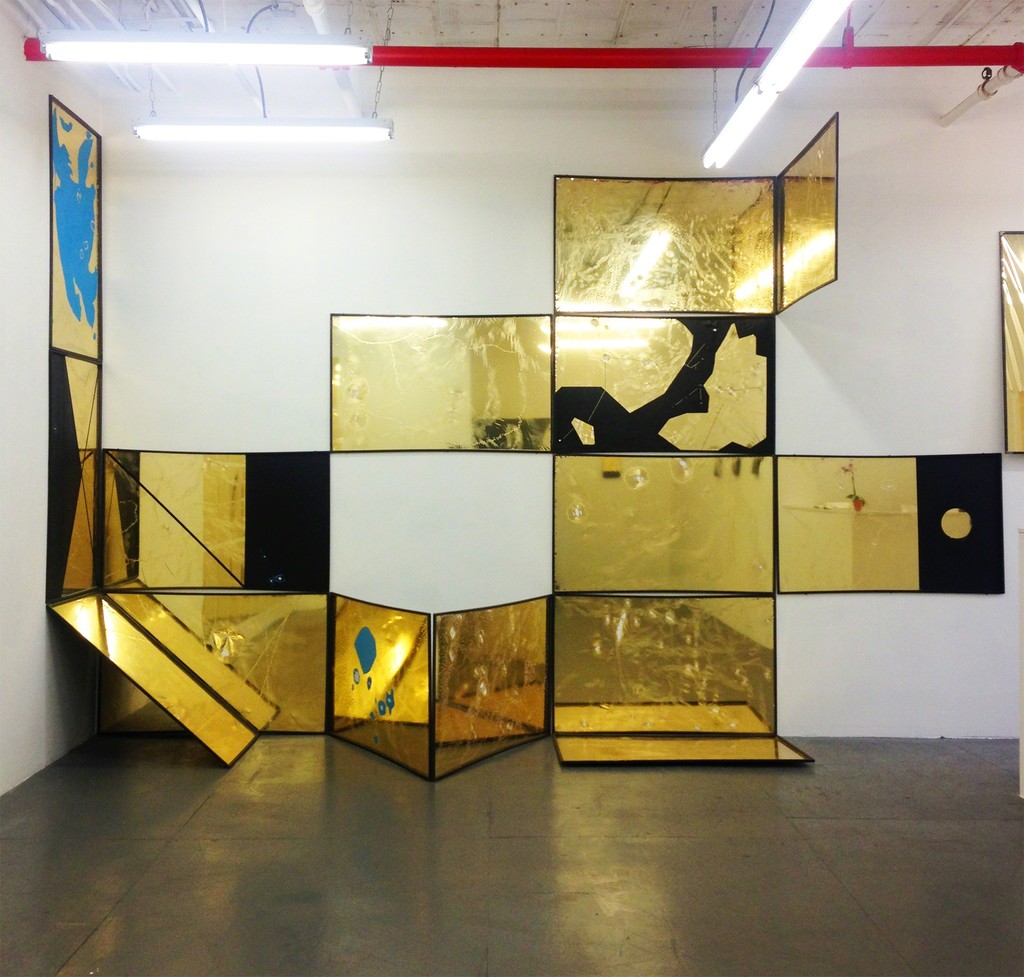 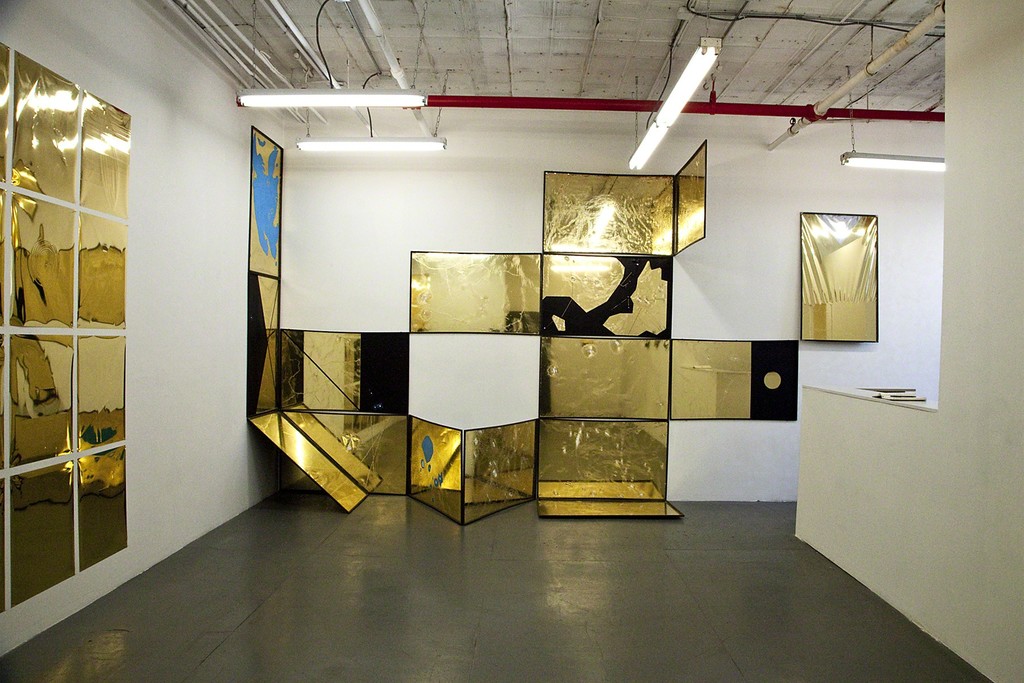 (Brooklyn, NY) -- VICTORI + MO is pleased to present seam(s): a solo-exhibition featuring new works by Bermudan artist Peter Lapsley. This series of gold-based works is an exploration of origin and migration, and the ways in which they influence our personal and cultural histories.

Working largely in metal and metallic based media, Lapsley’s practice is rooted in various notions of voyage within the context of historical development. He utilizes several representations of navigational symbols and nautical geometric forms that echo his island upbringing but also refer to the various courses that define our individual lives.

He initially began mapping the sea expeditions of notable explorers and studying the reverberations and consequences of these journeys that would ultimately change the course of history. Recognizing the profound effects of these voyages, the artist eventually moved to documenting his own migration routes to New York and around the world, and how it fostered the growth of his own identity.

The delicate reflection of the gold media permeating throughout Lapsley’s work comment on the complex history of commodity while also allowing a contemplative environment so that the viewer can consider his or her own presence through pure abstraction. With the participation of the audience, the artist creates an interesting dialogue of collective presence and how our personal histories are inherently interconnected.

About the artist: Peter Lapsley is originally from Bermuda, and currently lives and works jointly between New York and his home country.  He works in a variety of media, with his current practice predominantly object-based. Lapsley received an MFA from Parsons The New School for Design in New York with honors. Focusing on metal and metallic based mediums, Peter explores the realities of space and lack thereof by not only accentuating true abstract figuration, but also by highlighting the empty space that exists around it. His artworks are material explorations formed by memory, physical structure and shared history.