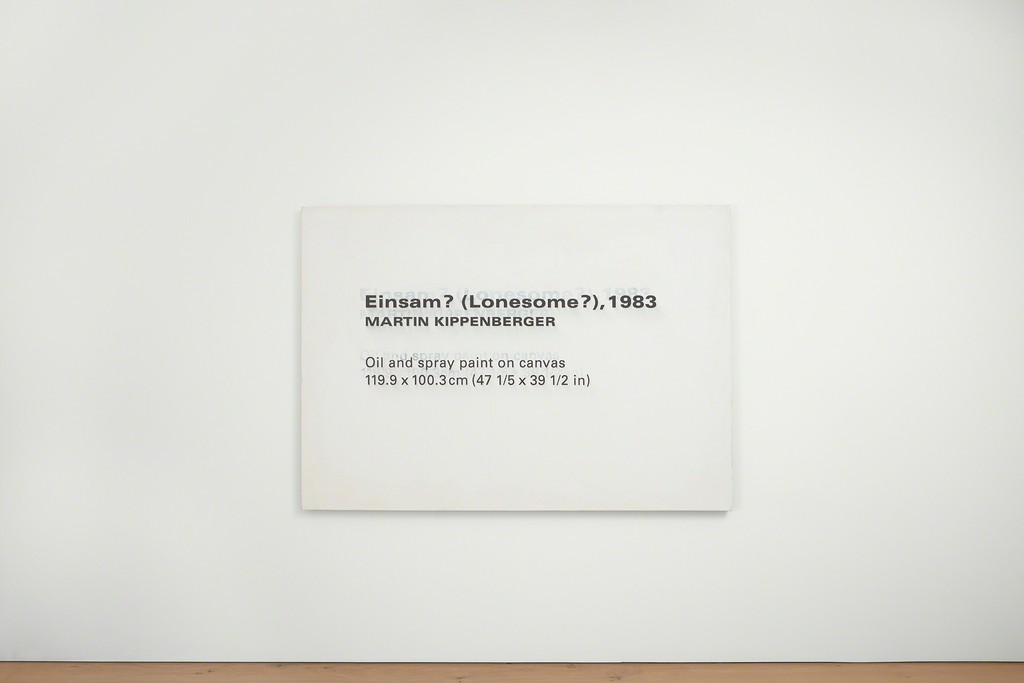 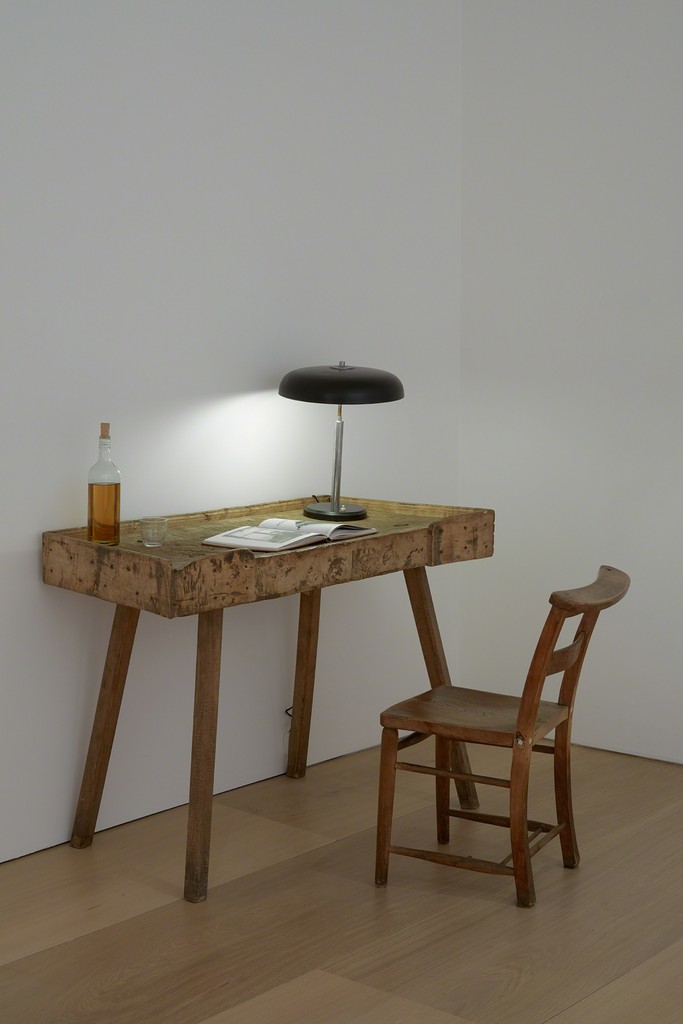 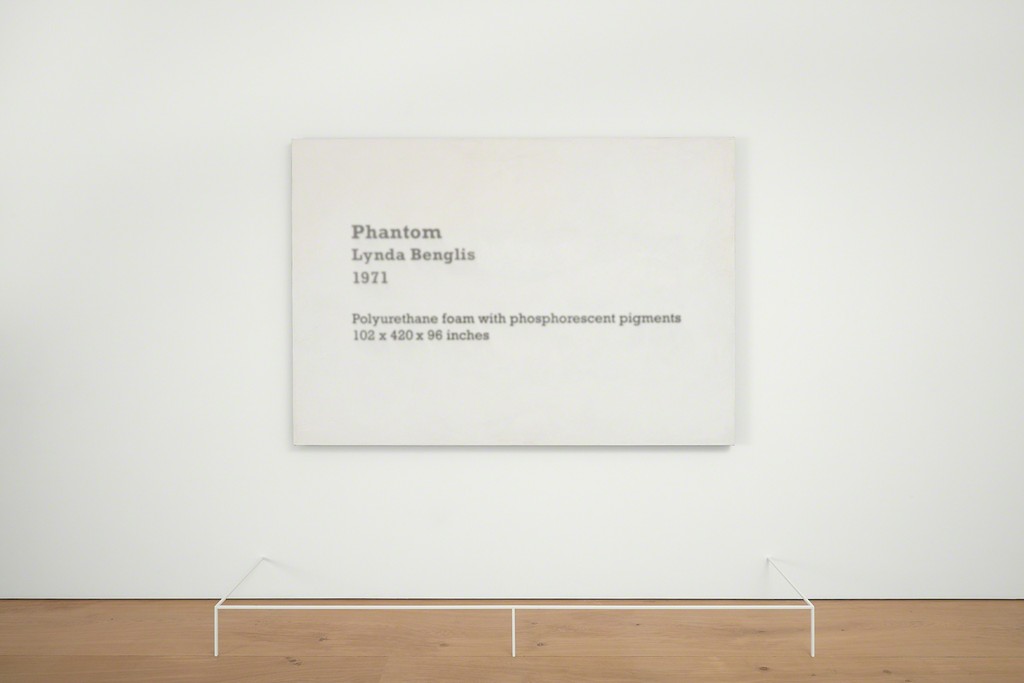 Self-Portraits will feature a new series of works that are representations of museum wall labels of other artists’ works, including David Hockney, Ross Bleckner, Roni Horn, Martin Kippenberger, and Nicole Eisenmann, among others.
A wall label is normally not an integral part of a work of art. It is there to inform the viewer who the artist behind the work is, what the title of the work is, what materials it is made from, which year it was made, perhaps who gifted it or lent it to the museum, and so on. Apart from the facts it communicates, it has no particular value as an object.
Not so in Elmgreen & Dragset’s Self-Portraits. In this new series of works, the artist duo have appropriated wall labels describing other artists’ work, and transformed them into art works in their own right. Whereas such labels are usually printed on throwaway cardboard materials, in a scale that is meant to be detected but not too visible, Elmgreen & Dragset’s labels are over-sized and made in some of the most art-historically time-honoured materials, such as marble, paint on canvas, charcoal on paper and enamel paint on metal.

Placing emphasis on the insignificant and indistinguishable is a familiar approach in Elmgreen & Dragset’s work, especially within their on-going investigations of the physical and social conventions of art galleries and other institutions (hospitals, public waiting rooms, prisons, airports) in society. In one of their first projects, the artists added countless layers of white paint to a white cube gallery, from 12 noon till 12 midnight. In another, later work, at Kunsthalle Zürich, they exposed the renovation, preparation and building processes that go on between exhibitions, normally hidden from the visitor’s eye. At Victoria Miro in 2012, the artists showed The Named Series, which consisted of actual wall surfaces carefully removed by a restorer from the interior of some of the world’s most renowned museums, and then reapplied to canvas as monochromes with various textures and colour tones of white.

The title of their new series of works – Self-Portraits – signals a personal layer in which each title of the other artist’s work represents a special experience or emotional development in Elmgreen & Dragset’s own lives. These titles are here utilised to portray aspects of Elmgreen & Dragset’s personal history and identities and lead to the question of what a ‘self-portrait’ can be in our current cultural climate. The artists themselves explain:

'Today, endless self-portraiture in the form of ‘selfies’ – each one following conventions resulting ultimately in images which are similar in appearance – makes it clearer than ever that a self-portrait does not reveal the ‘true nature of one’s inner self’. A self-portrait will always be a reflection of how one sees one’s self and wants to stage one’s appearance in relation to the surrounding world. It is a response to the projections put upon one from other people, as well as one’s urge to project a fuller, richer image of one’s self. But in order to obtain this, one is dependent on using signs and codes with connotations that are common, or else they will not be able to recognise the attempted image of one’s self.'

By employing appropriated language and thwarting familiar conceptual strategies, Elmgreen & Dragset propose a different form of self-portraiture. One that functions more like poetry, where cerebral and emotional experience collide. Then again, what is a ‘self-portrait’ of two people, of two artists collaborating? Maybe it is that of an imaginary third persona in between the two artists.

The exhibition will be accompanied by a publication designed by the artists.