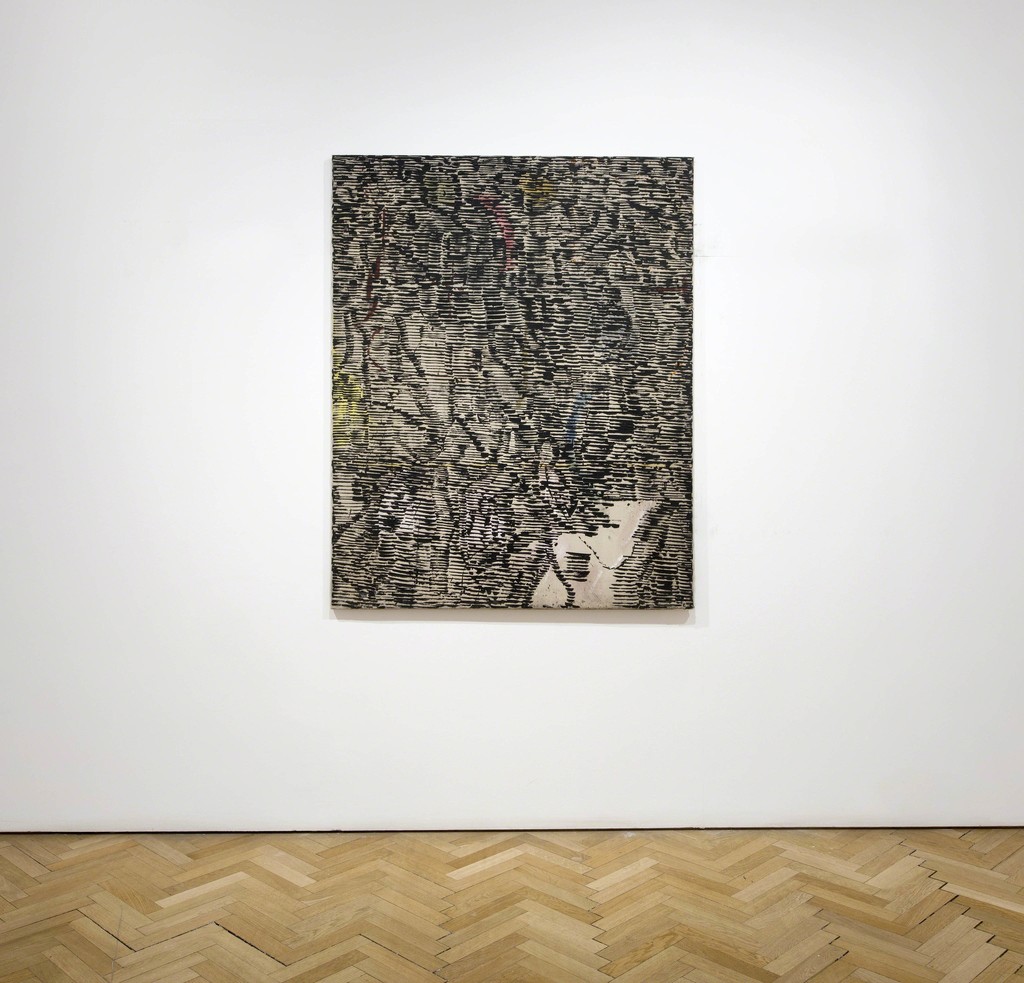 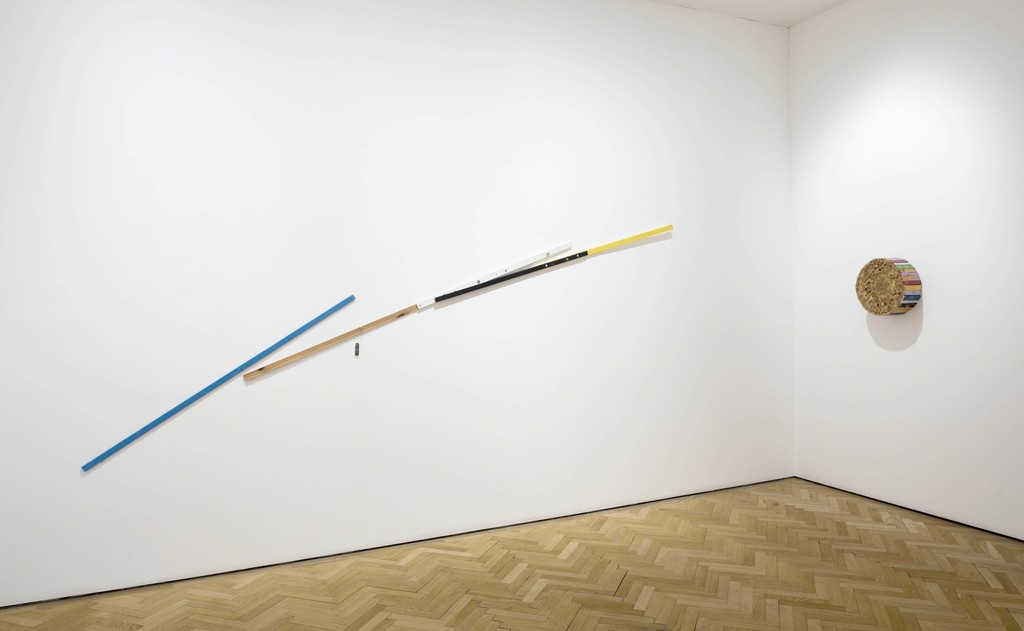 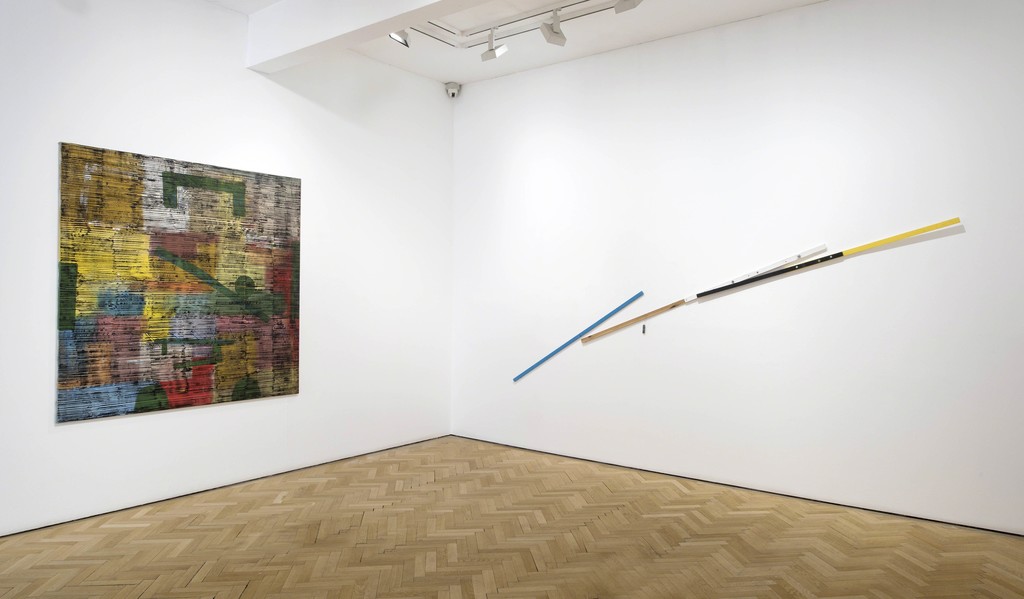 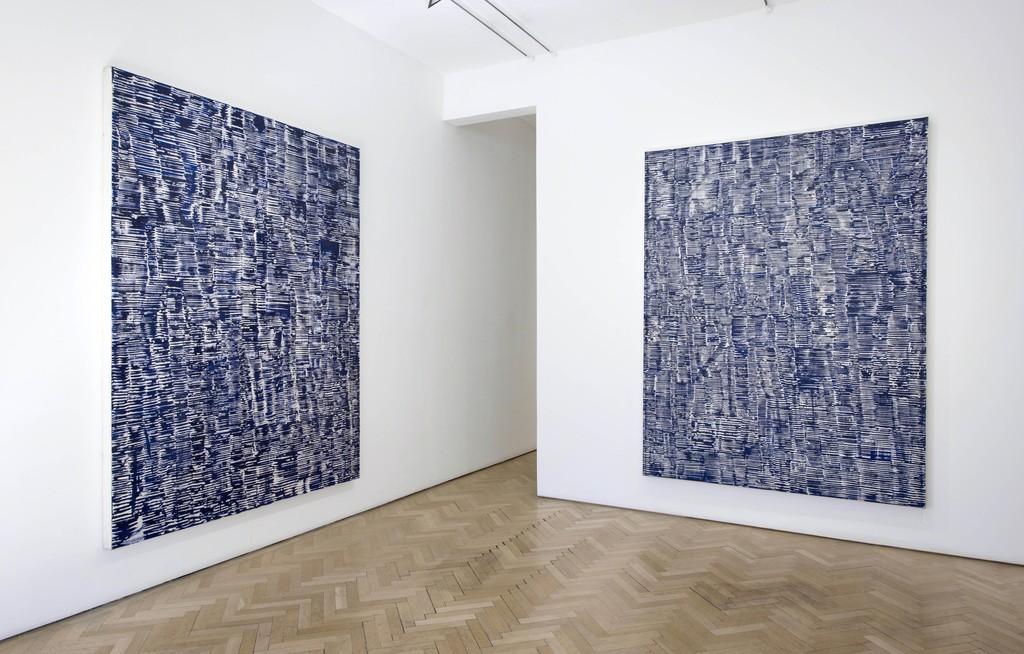 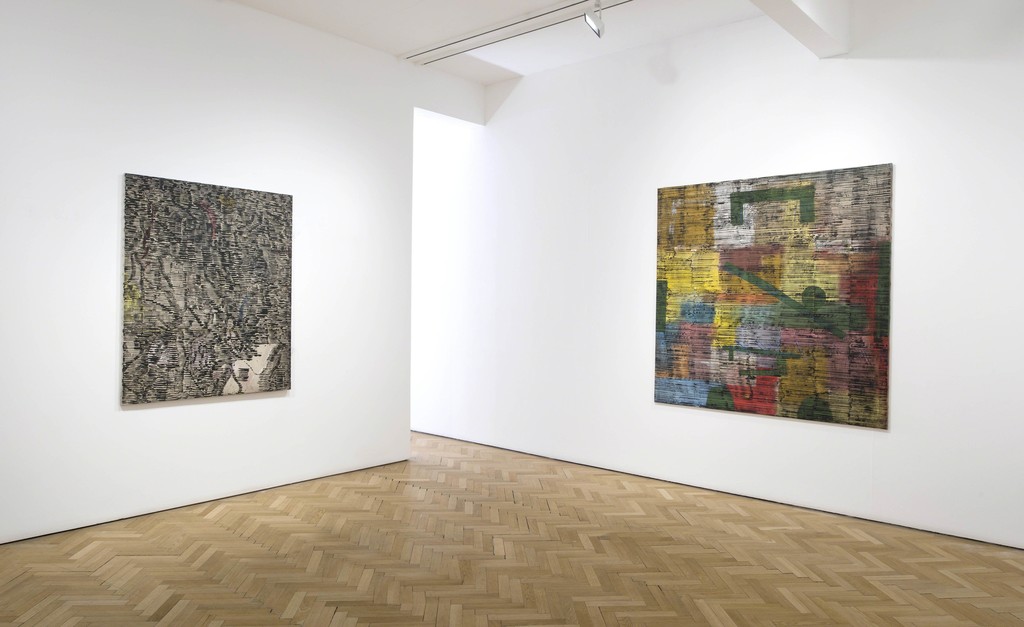 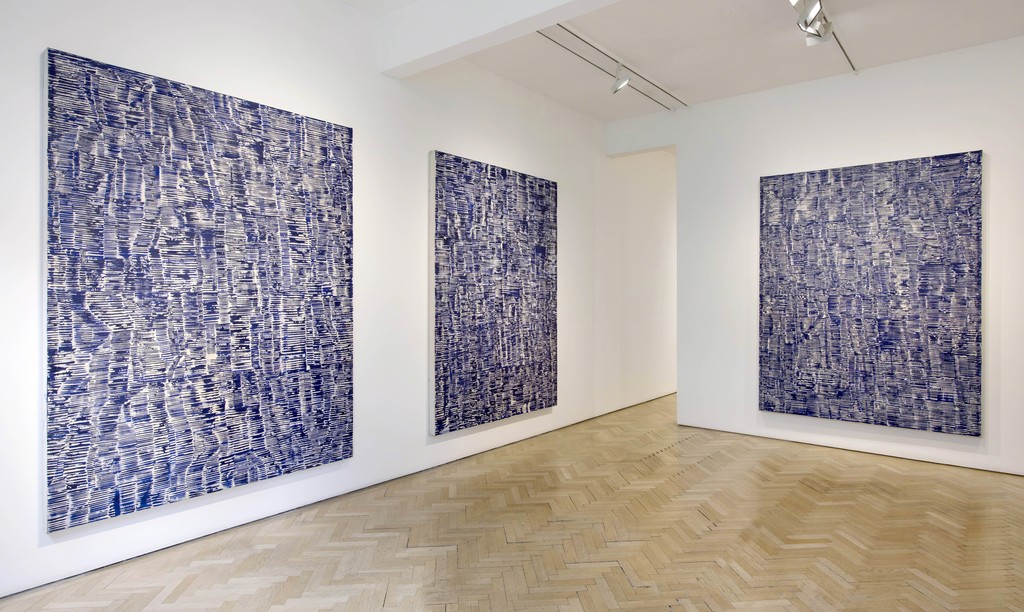 For Duncan MacAskill’s third show at Vigo he revisits his DNA paintings of the 90s with three brand new works presented alongside three classic nineties paintings. In addition, the exhibition features several highlights from his ten-year show at Toynbee Studios. He was artist in residence between 2004 and 2007 while the building underwent major renovation and during this time he worked with processes of collection, retrieval, measurement and material excavation relating to the changing environment.

Conceived in the early nineties when RNA and DNA were topical issues, MacAskill's DNA paintings consist of abstract marks, which echo the horizontal, slot-like patterning of discarded DNA gels. Fascinated conceptually, by how we are all an amalgamation of virtually identical constituent parts, yet at once all radically different, he sees these discarded unreferenced gels as visual abstractions of an individual’s genetic makeup, - comprehendible by an expert yet just shapes to the layman. They act as potent visual source for an artist preoccupied with what is left behind; incidental traces of life, movement and time. Using thinly cut pieces of card to apply the slivers of paint to his canvases, each work in the series shares a common thread of repetitive technique/ process associated with scientific investigation but cannot escape the crafted element of MacAskill's mark making. Like the DNA gels each one fundamentally looks similar but is essentially unique.

These are abstract portraits of unknown sitters, a tribute to both our strong commonality and total uniqueness.

Duncan MacAskill is a London-based visual artist whose work has been presented in a range of contexts, including a large-scale commission for Sadlers Wells and installations at Wapping Power Station, drawing collaborators from backgrounds spanning dance, theatre and sound. He is represented exclusively by Vigo Gallery.