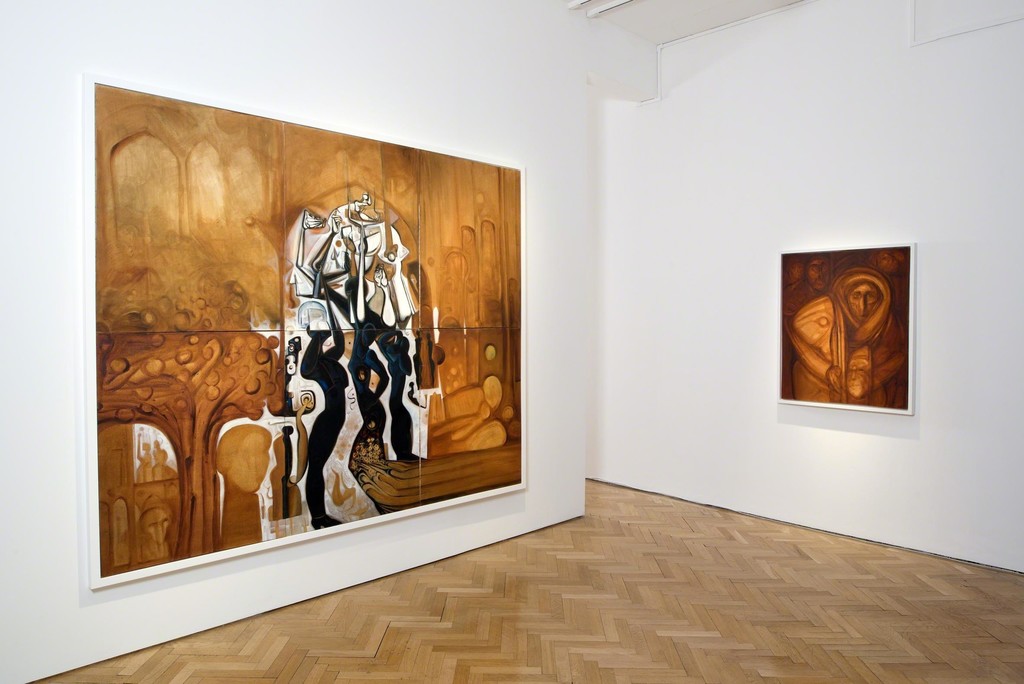 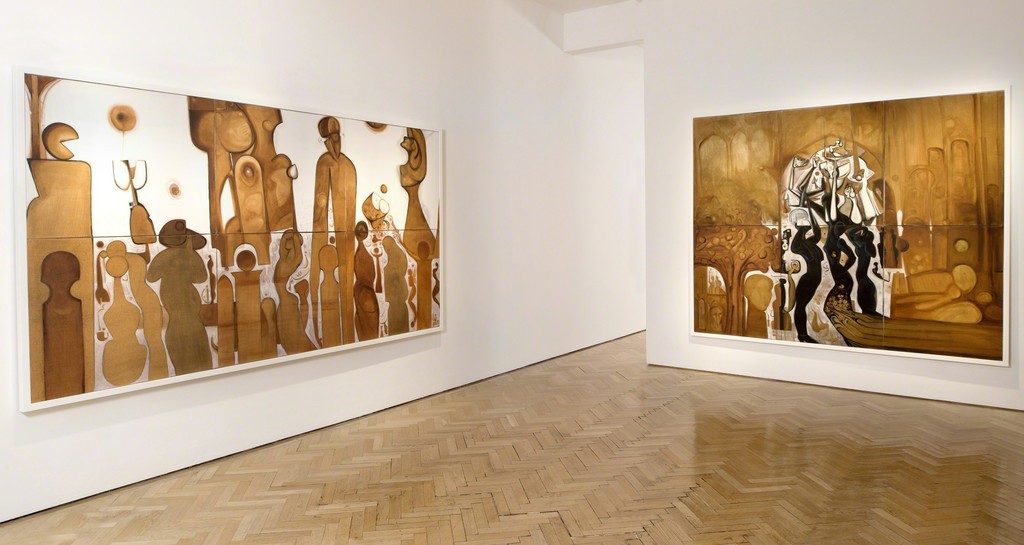 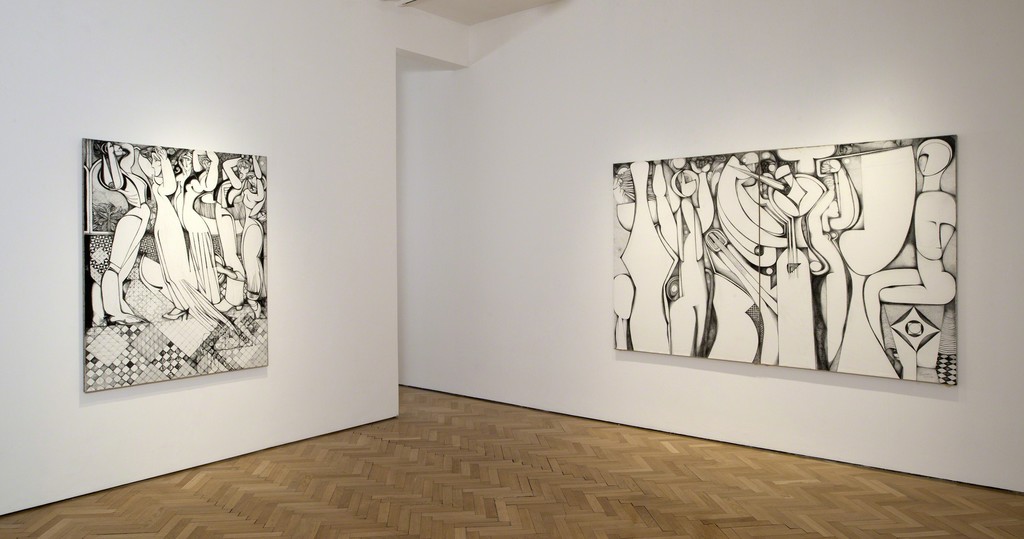 In the summer of 2009 El-Salahi was one of three artists invited by the art collector AbdulMagid Breish to spend time together in Andalusia. They visited Marbella, Toledo, Cordoba, Granada, and Malaga, observing the Moorish influence on the region — the architecture, the gardens, and the infrastructure that the Moors left behind. In the evenings the group went to restaurants specialising in Moorish food and every evening they attended flamenco performances. El-Salahi was fascinated by the dancing and the music that the dancers made with their feet, and flamenco became the inspiration for this series of paintings and drawings made on his return, transforming the sounds into visual form.

“I first made small works in colour, to catch the impression left on me, especially of Alhambra, where we stayed in a hotel right in the palace itself. In Alhambra I noticed decorations on the walls that were the same as we used to do as children in the khalwa (Quranic school) when we decorated our slates with certain patterns after we had learned parts of the Quran. Next I did slightly larger works in colour on cardboard. I liked the colour of the cardboard because it resembled the colour of the stone and brick at Alhambra. Then I branched into larger works in silhouette and linear treatment, several relying mostly on burnt sienna and black, which in my mind is reminiscent of the impact of Andalusia.”

In Granada, El-Salahi was particularly impressed by the Alhambra where in 1492 after a long siege, Abu Abdallah Muhammad XII, the Moorish Sultan and last Arab ruler, surrendered to the ‘Catholic Monarchs’ Ferdinand and Isabella. Hard Exit, the most recently completed work in the exhibition depicts Muhammad XII leaving his palace, consumed with sorrow and guilt, crying for his loss as opposed to that of his people as his mother chastised him; ‘Now you’re crying? After you lost your Emirate because of your womanising and drinking?’

As always with El-Salahi the work addresses social injustice but in this series revels also in the celebratory nature and unique beauty of flamenco.

MOMA, The Metropolitan Museum, The TATE, Guggenheim, British Museum, Mathaf Museum, National Museum of African Art Washington, The Art Institute of Chicago, The National Gallery of Victoria and Newark Museum all hold El-Salahi’s work in their collections. He is undoubtedly one of the most important and influential figures in African and Arabic modernism.