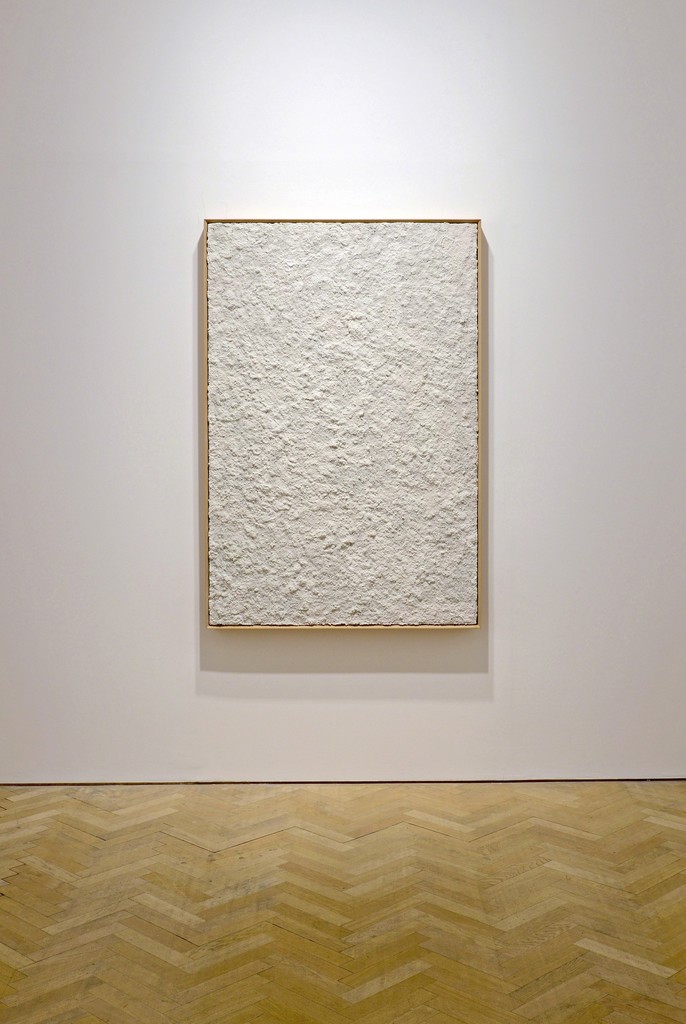 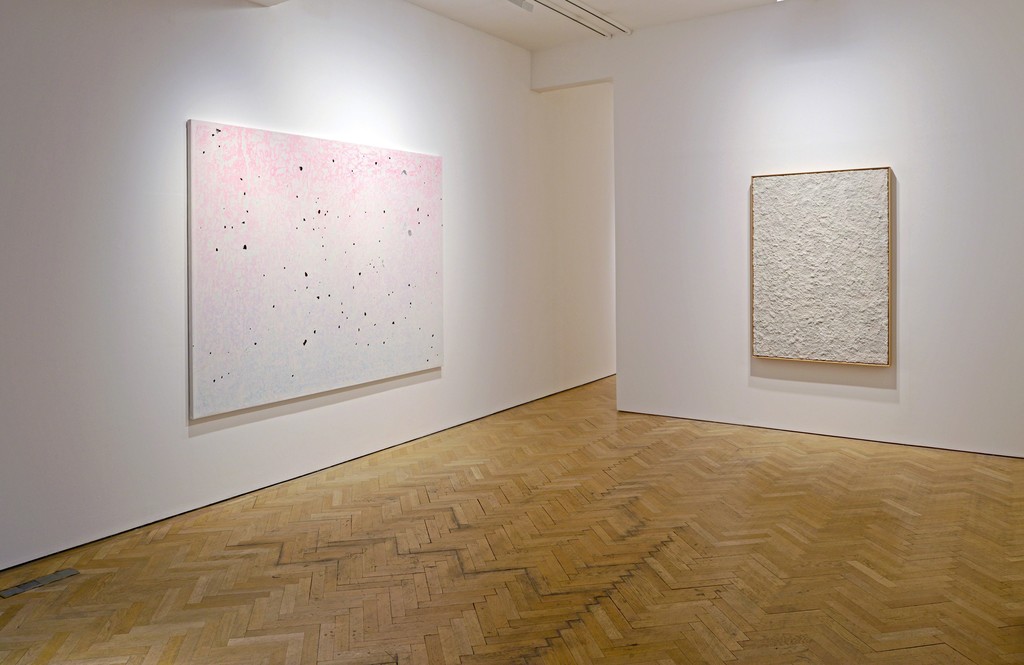 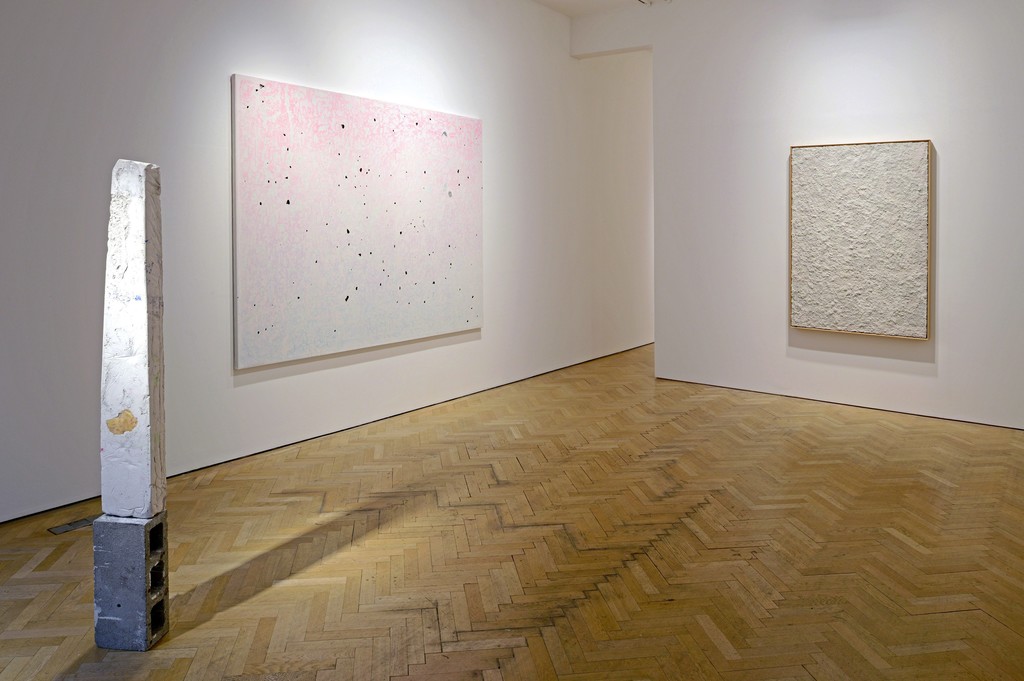 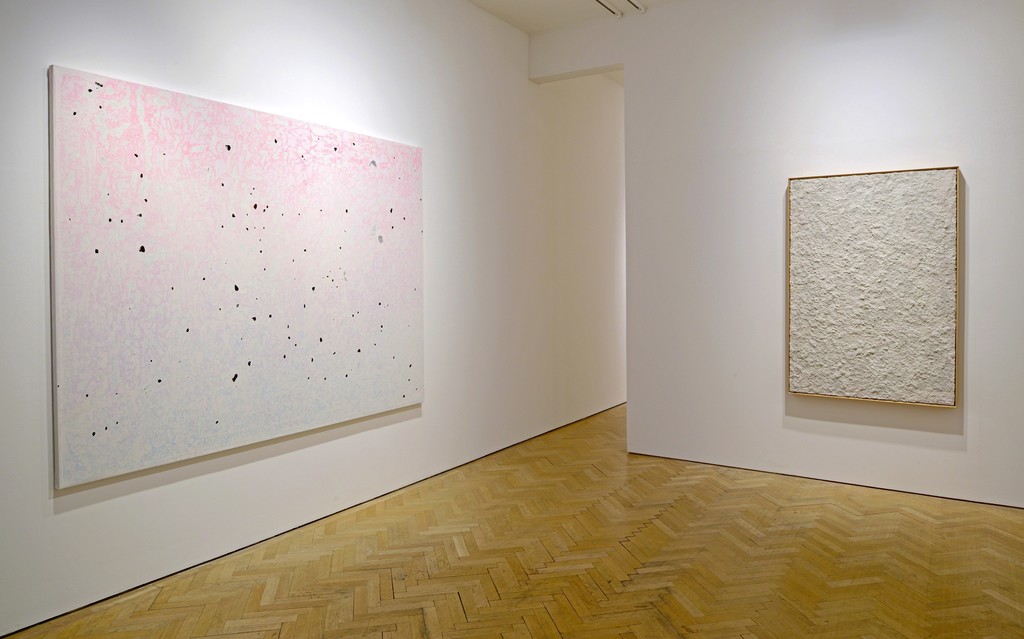 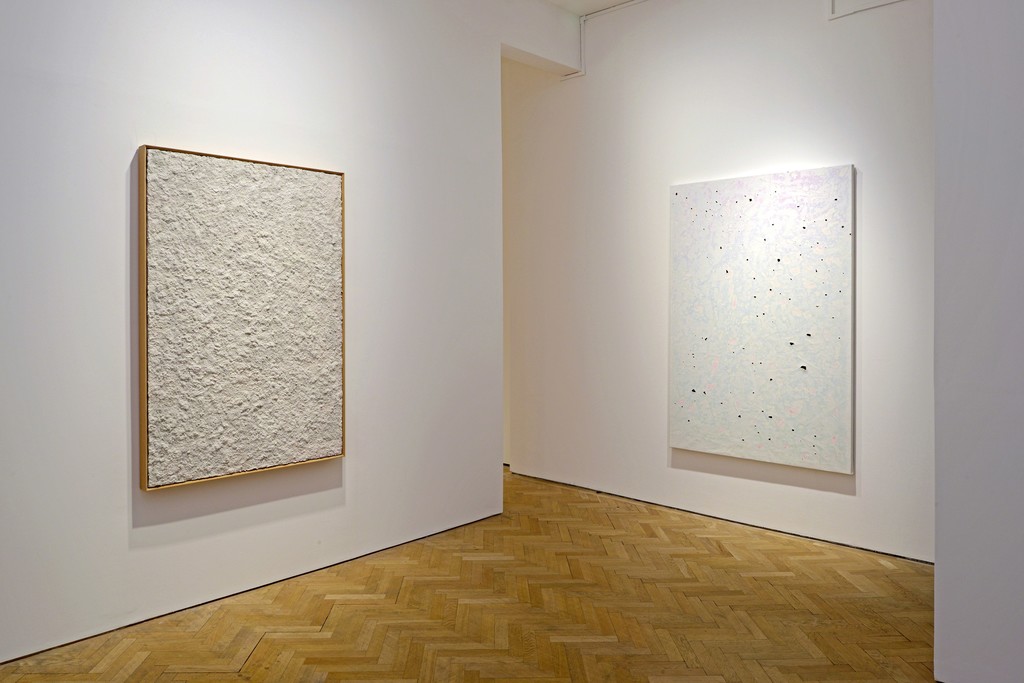 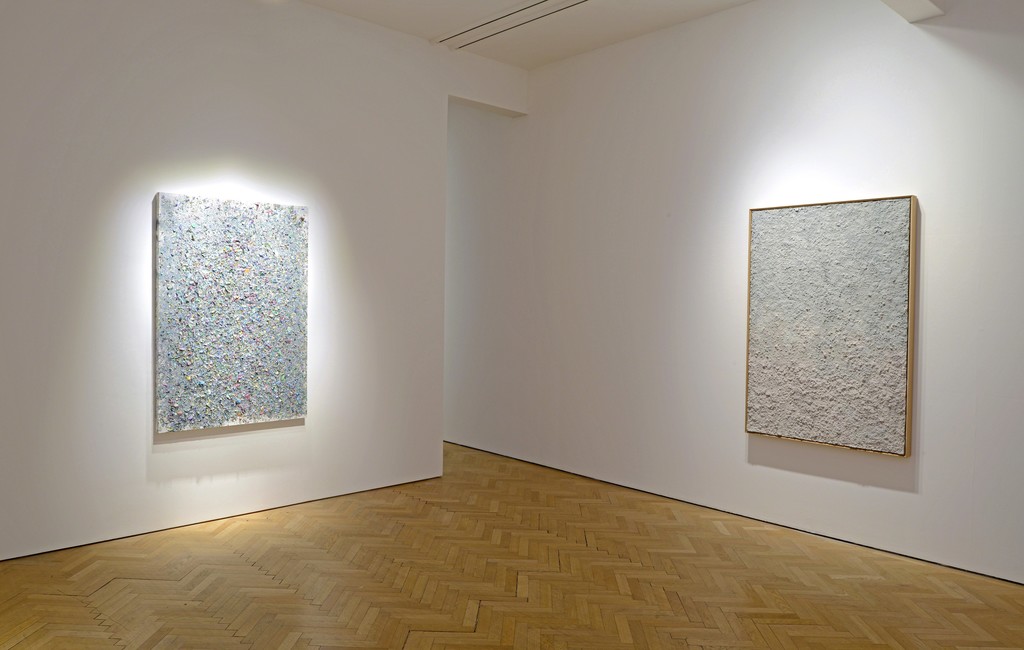 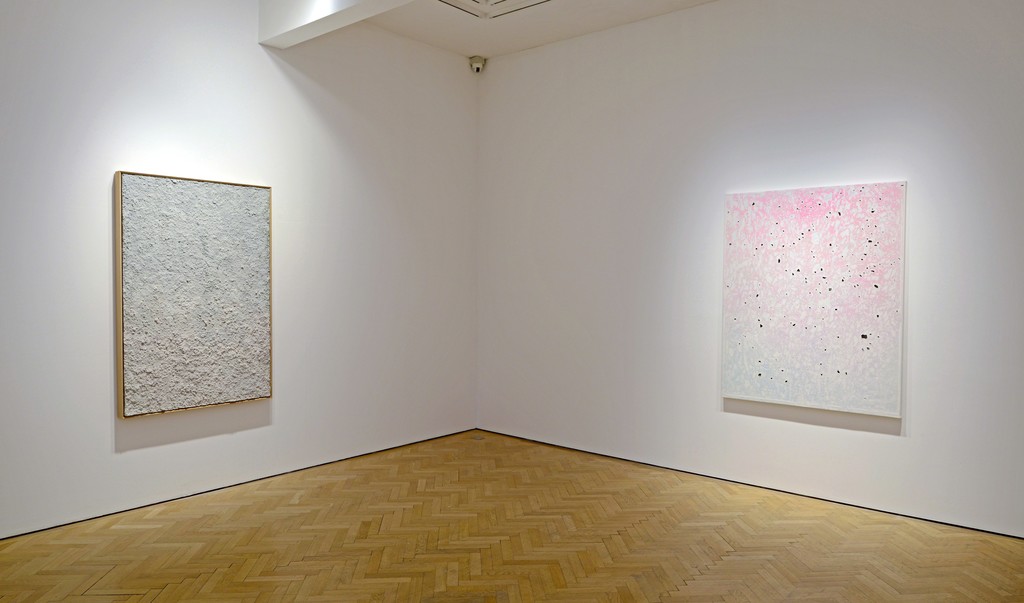 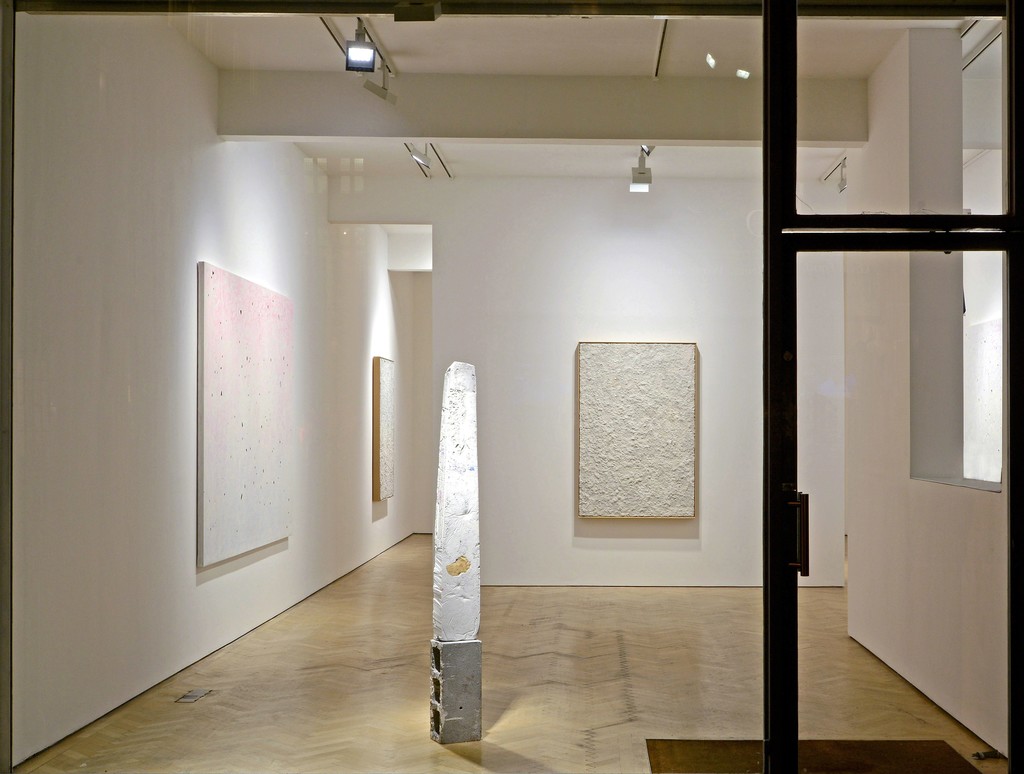 The Exhibitions runs from the 14 January through to the 11 February 2014.

Comprised of several distinct series of paintings and sculptures generated by interrelated processes, unburial rites presents a microcosm of Brock’s practice. Ideas, energy and matter generate an ecosystem in which repetitive actions deconstruct the fetishization of mark making. The ‘hand of the artist’ loses its privilege and is subjugated to a system of rituals — these physical litanies supplant the autonomous gesture and act as a conduit to the sublime

Brock takes expressionistic abstract paintings that he has made and physically undoes them—objectifying and ‘disenchanting’ the original. Impastos and brush strokes are scraped away with a razor blade, the canvas is sanded with a power sander and then white washed with an industrial primer-sealer. Color is added again — a nod to the seed painting’s unrealized intentions. These processes are repeated again and again. The resultant paintings, such as deredemirtdx(ffbsts), 2014, are beautiful ruins that trace a series of actions made in geological time.

Brock maps the transmutation of the painting object by comprising subsequent series from the material residues of previous works. From the initial ritual of disenchanting paintings rise two phoenixes. In one, Brock scatters pieces of the originating seed paintings to create a surface relief of disembodied brush strokes. The cloud of culled and decontextualized gestures destabilizes the temporal cohesion of the painting surface. Moments from dozens of disparate paintings become simultaneous. In another series, lunar-like surfaces are built-up in layers of agglomerated dust collected from ‘disenchanted’ paintings, their gentle topographies encoding metaphorical actions.

The Frankenstein’s Monster in this studio landscape is Brock’s new series of iconic sculptures. These human sized monoliths of cast hydrocal are mutated paintings —made of the same materials as the other works, just re-contextualized. These new forms become both sites for contemplation, and witnesses of their flatter cousins.

Brock’s world-view balances both the rational and critical impulse of strands of Modernism with an intuitive connection to the power of ritual. Bastardizing rules taken from the fantasy role playing game Dungeons & Dragons, Brock approaches the myths around abstraction with levity, while still yearning for the ‘magic’ promised.