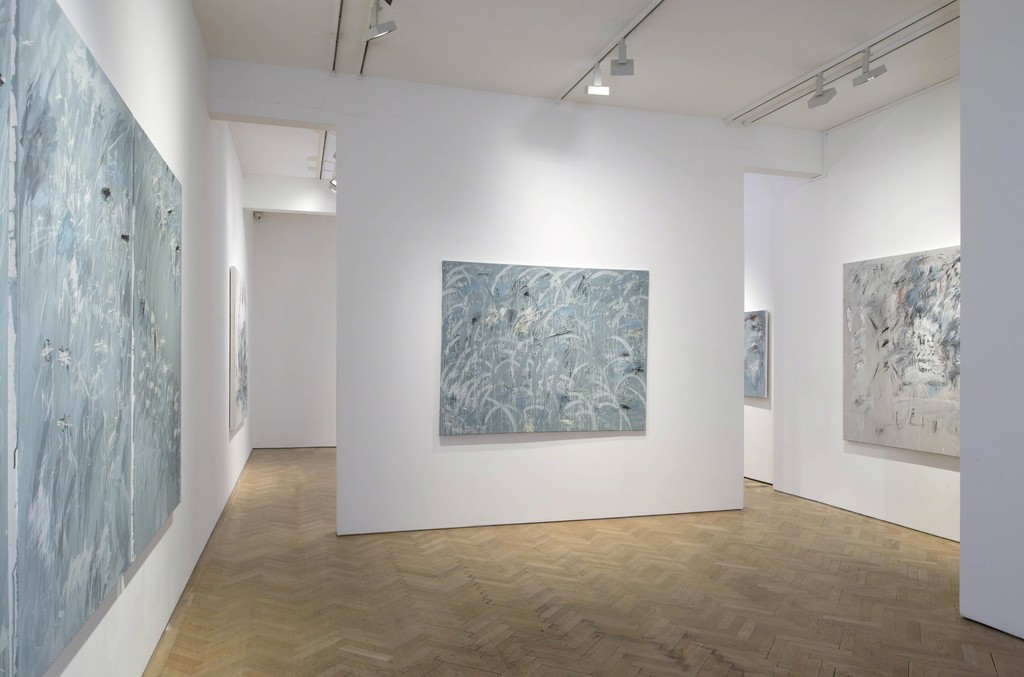 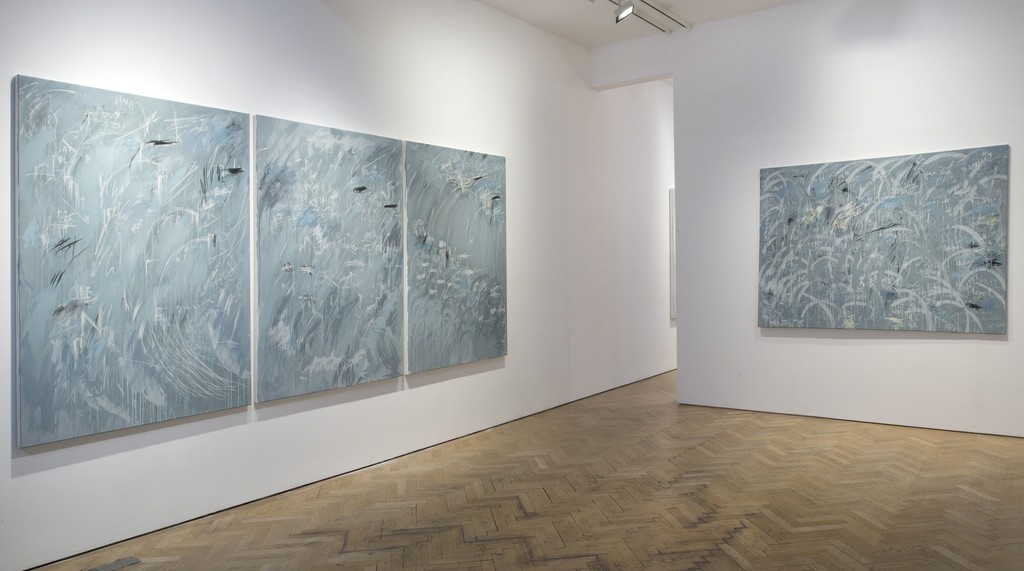 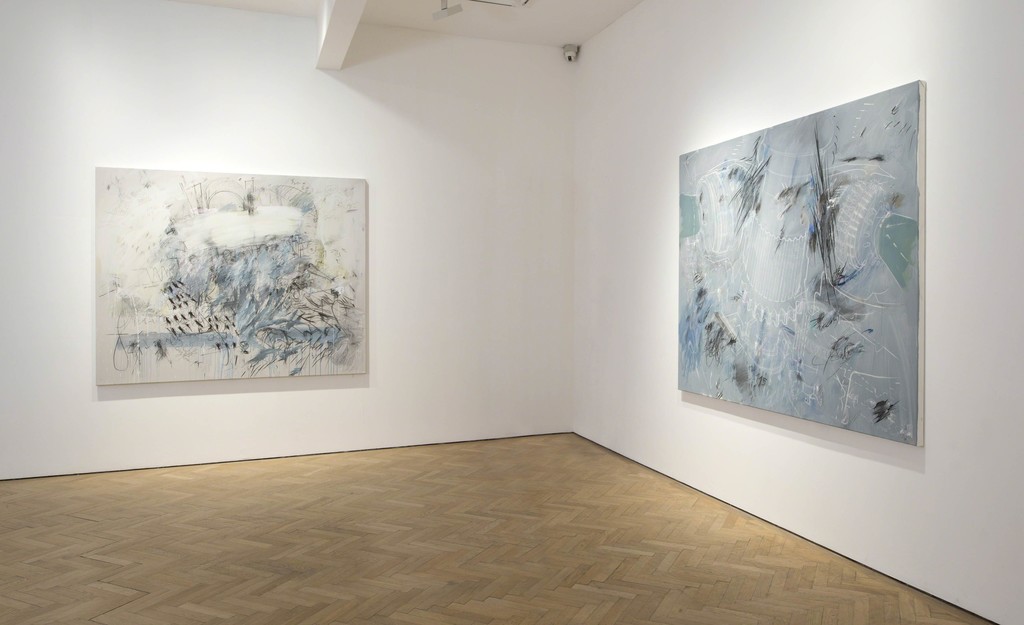 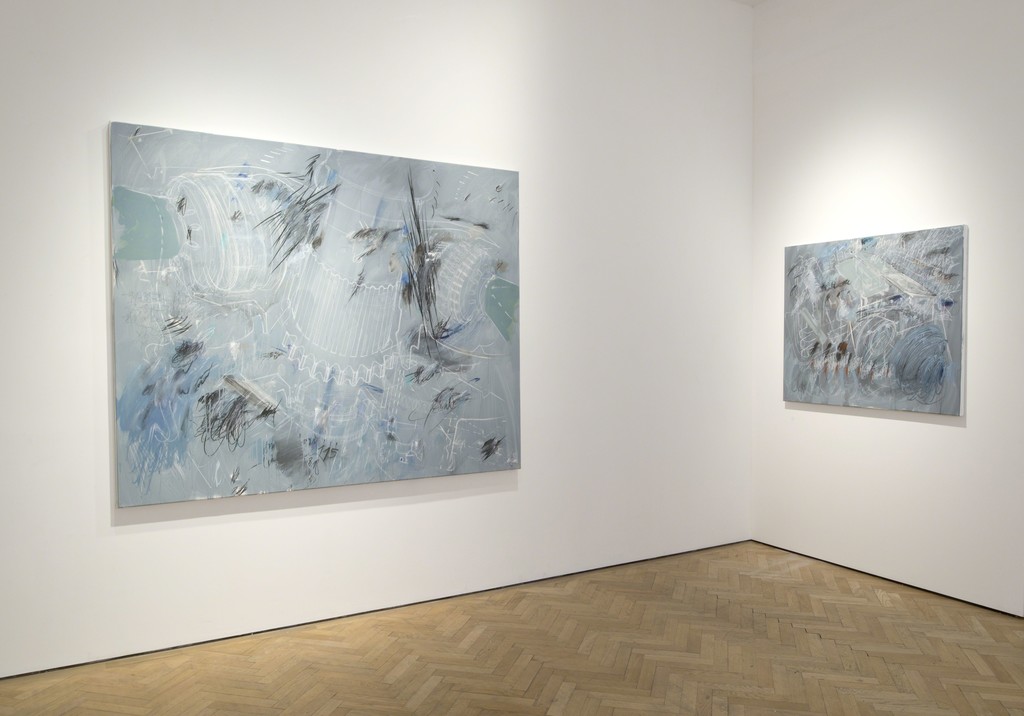 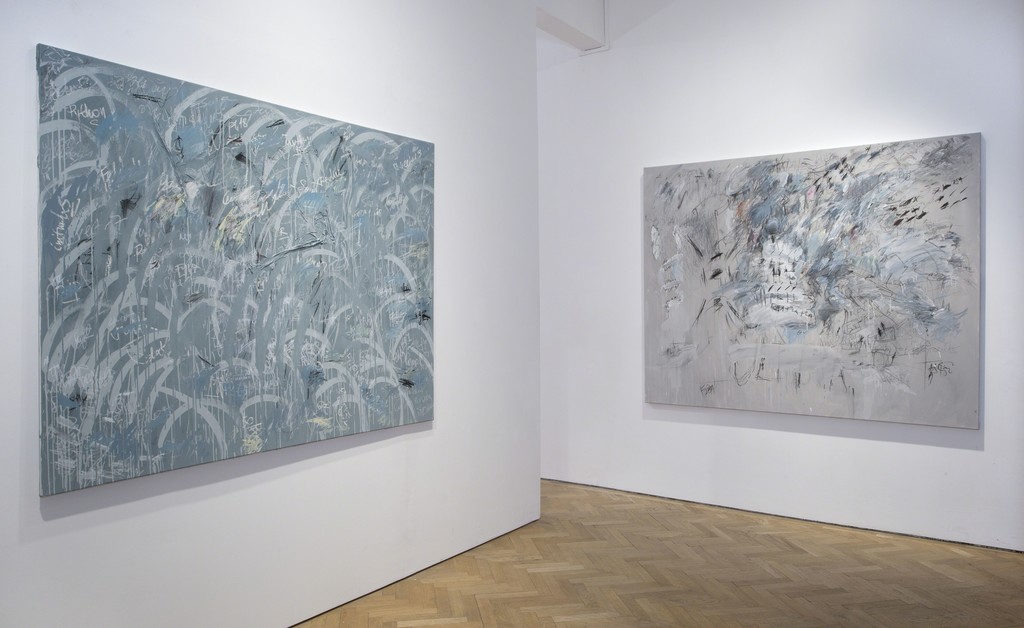 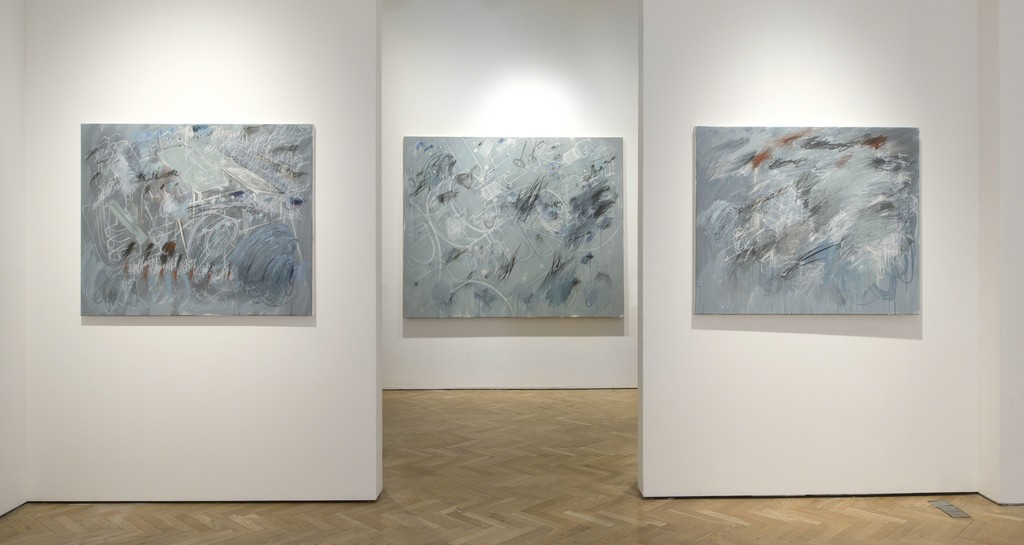 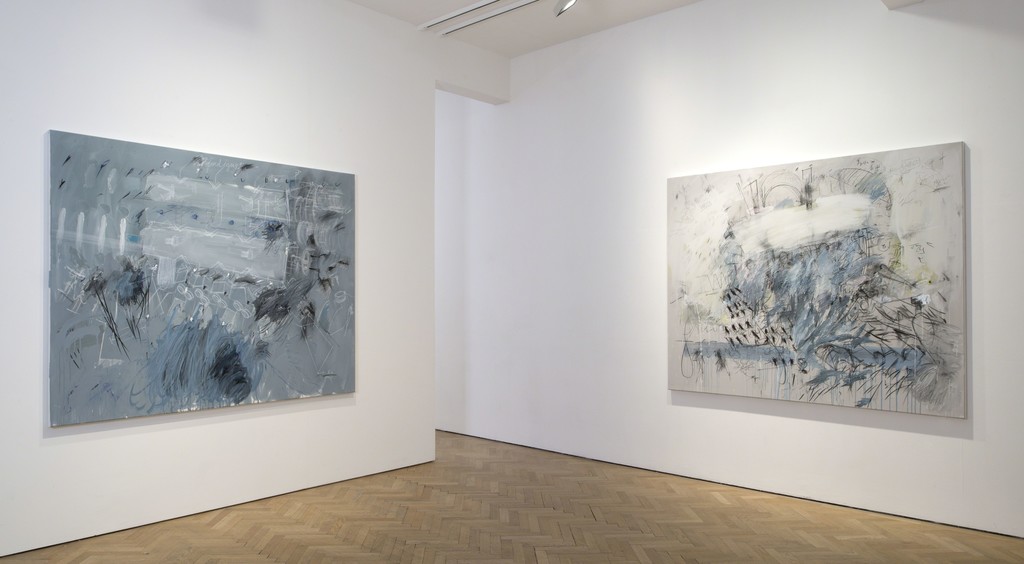 A lapsus (lapse, slip, error) is an involuntary mistake made while writing or speaking.

Dregos is primarily a painter but a painter for whom painting is a profoundly philosophical activity. For him the artwork can physically embody thought and can, symbolically, picture both the process of thinking and ideas themselves.

Lapsus comprises of an ongoing series of large canvases that manifest Dregos’ fascination with a core operational dynamic at the heart of human thinking – the relationship between error and correction - a subject that contains within it the beautiful, epic and melancholy character of the history of human thought - the emergence of the idea of absolute perfection held out by logic and rationality and the impossibility of the human animal ever attaining it.

Both visually and conceptually Dregos has used design and machines as gateways into this complex field of inquiry, drawing inspiration from the work and designs of a host of maverick inventors and designers, among them, Buckminster Fuller, Victor Kaplan and Enzo Ferrari. For Dregos the process of inventing, driven as it must be, by the play between trial and error and intuition and logic, lies at the heart of our nature as humans.

Accordingly the works take their palate from the blueprint; the backgrounds being expanses of variegated blue-grey hues and the brushstrokes and mark making predominantly black and white. The paintings oscillate between figuration and abstraction. All are full of movement.

At their most figurative, the works resemble chalk-board drawings of details of engines and arrays of cogs, gears and shafts. At their most abstract the paintings are covered in frenetic, nest-like clusters of black, blue and white scribbled brushstrokes, sitting, sometimes, alongside passages of marks that almost resolve themselves into numbers and language, but never do. These works in particular mirror the open ended nature of human thought, frozen in a moment of becoming, full of the suggestion of meaning, about to be realized, but never quite…

Epic in their ambition, Dregos’ paintings sidestep various strands of contemporary art making that focus, respectively, on treating art as a closed system of art historical moves, or as material formed by incessant cycles of appropriation and cannibalization of popular culture. Instead his work forms part of a continuum of culture that attempts to engage with objective truth and the fundamental nature of our world.