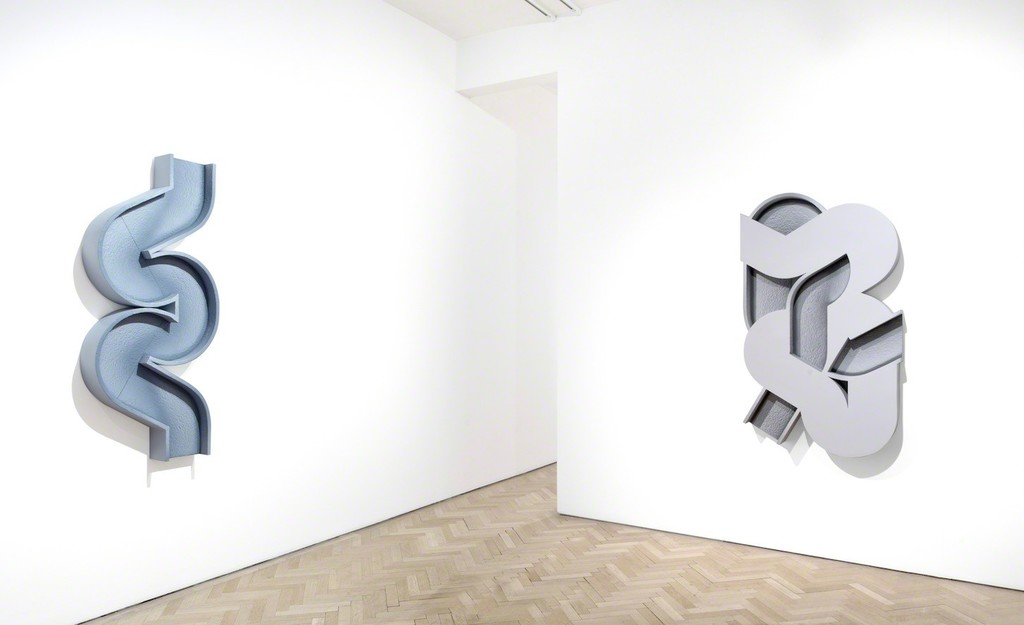 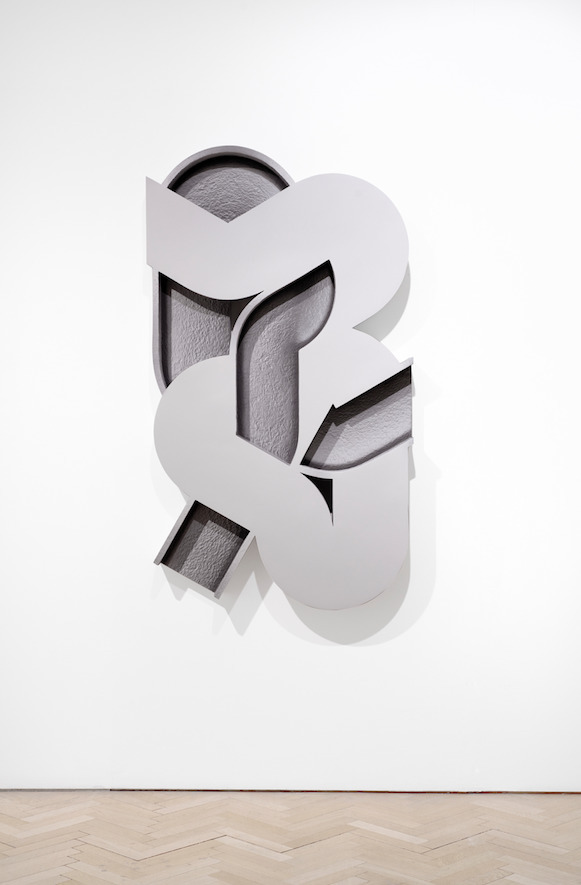 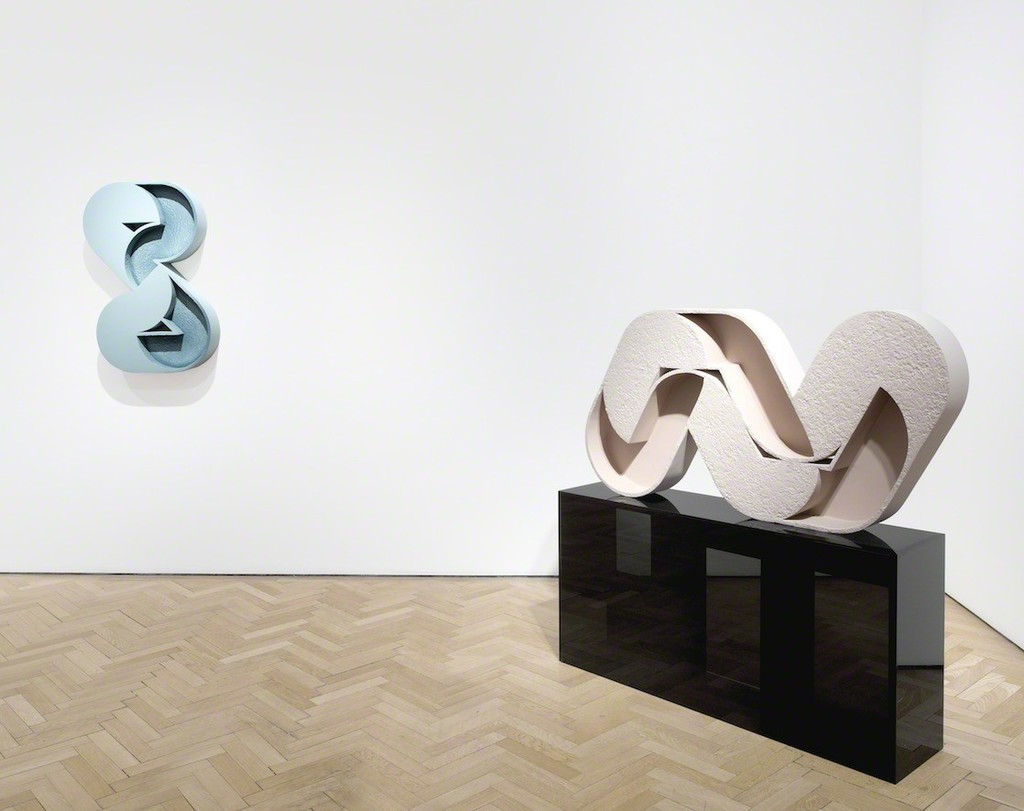 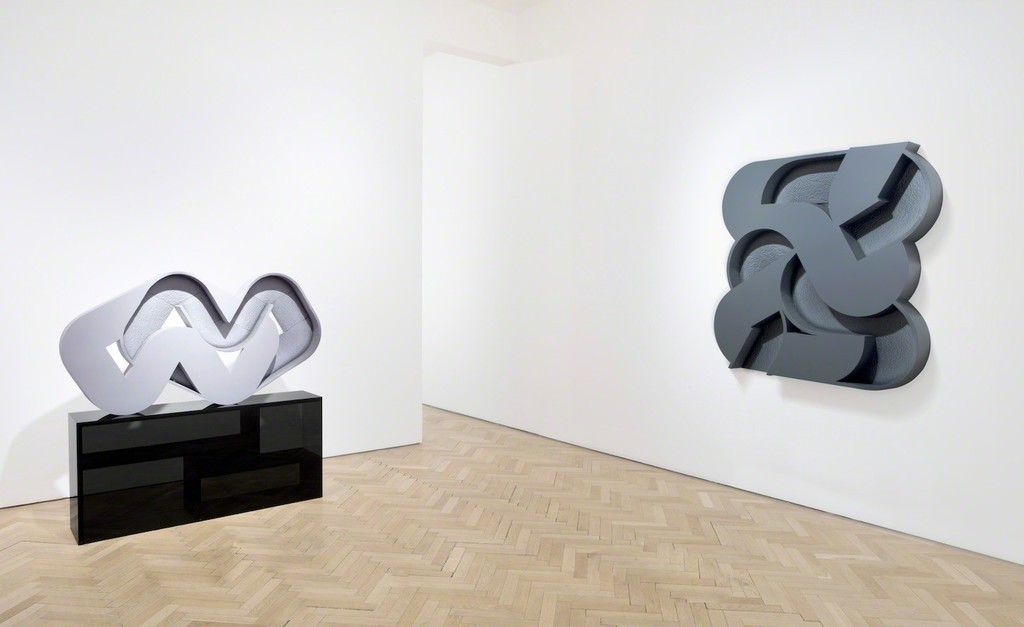 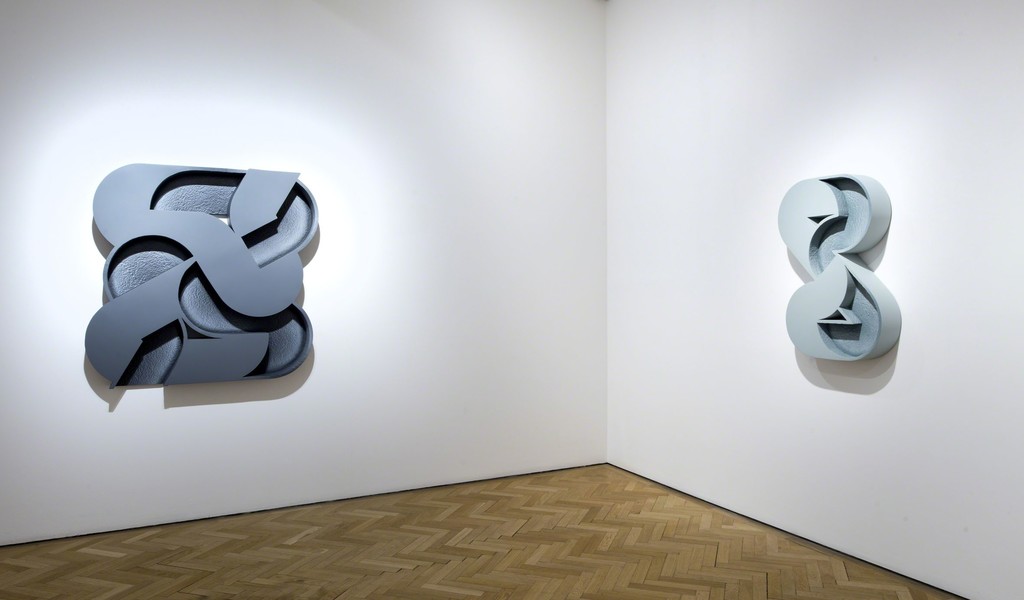 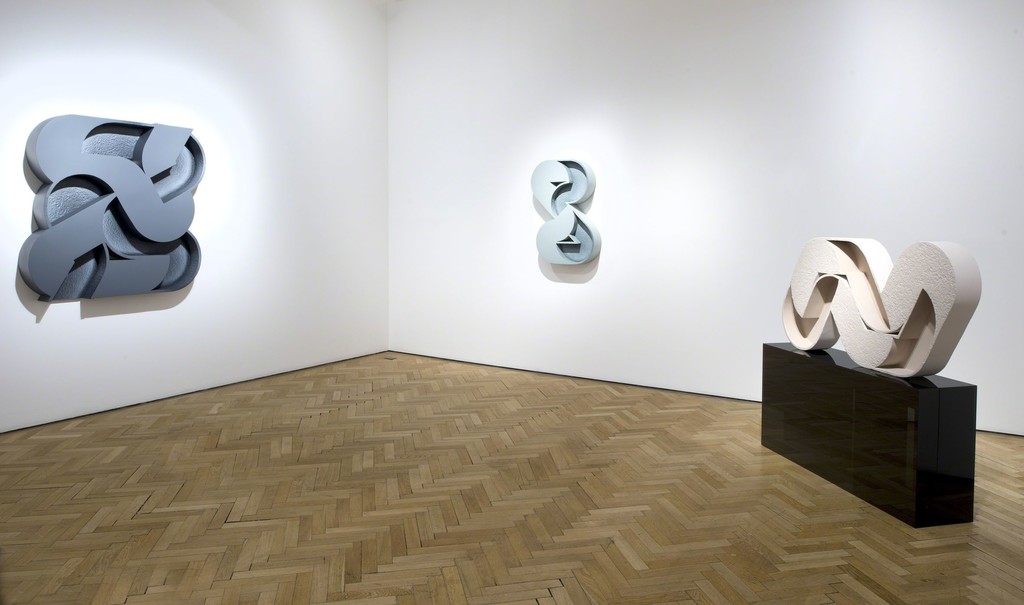 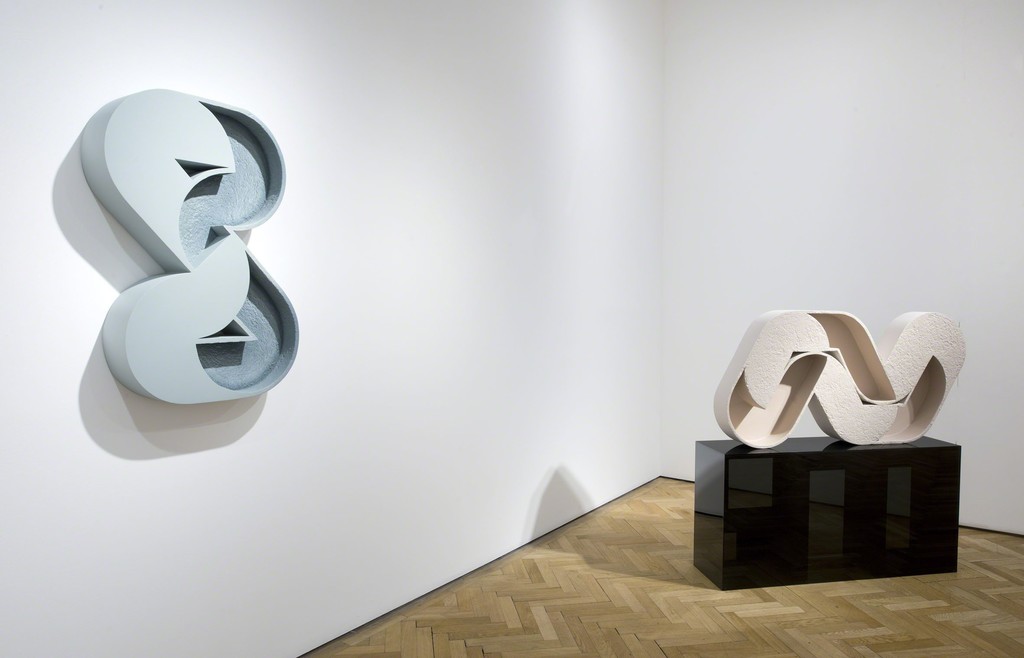 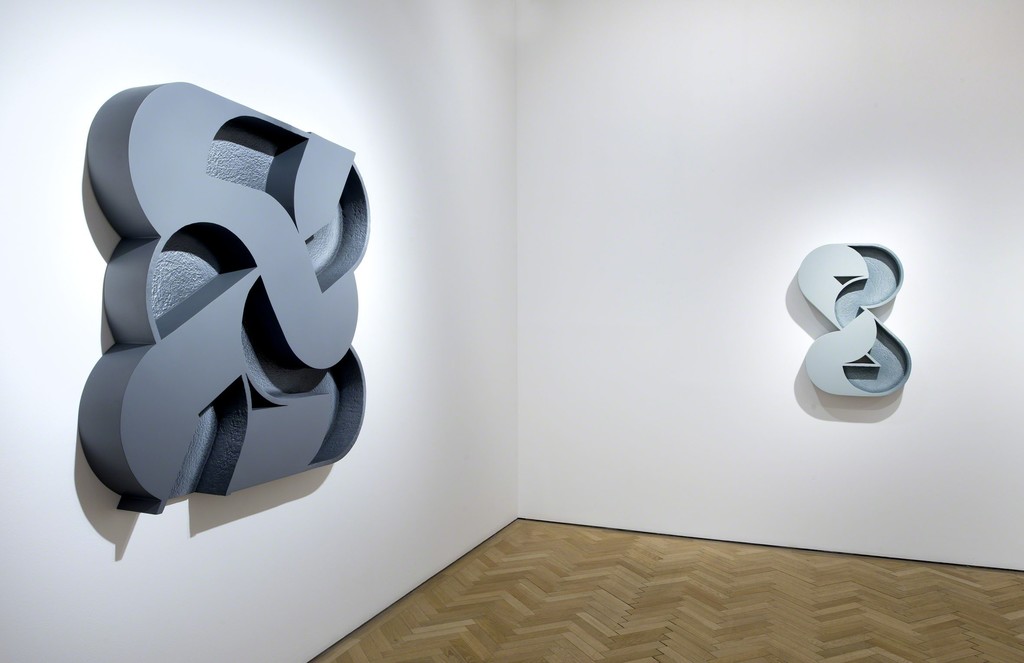 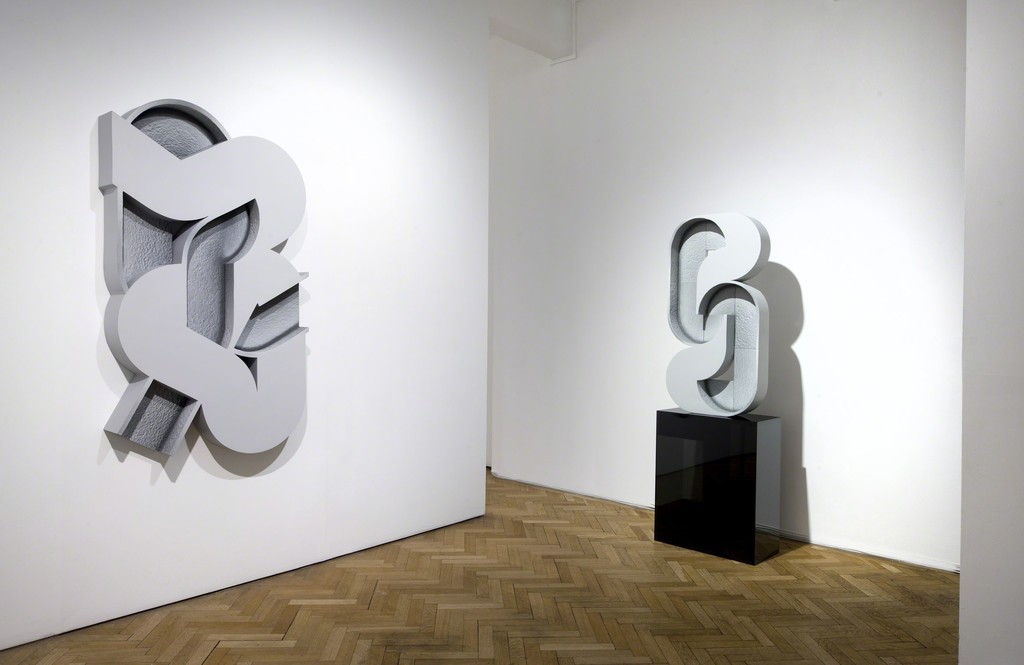 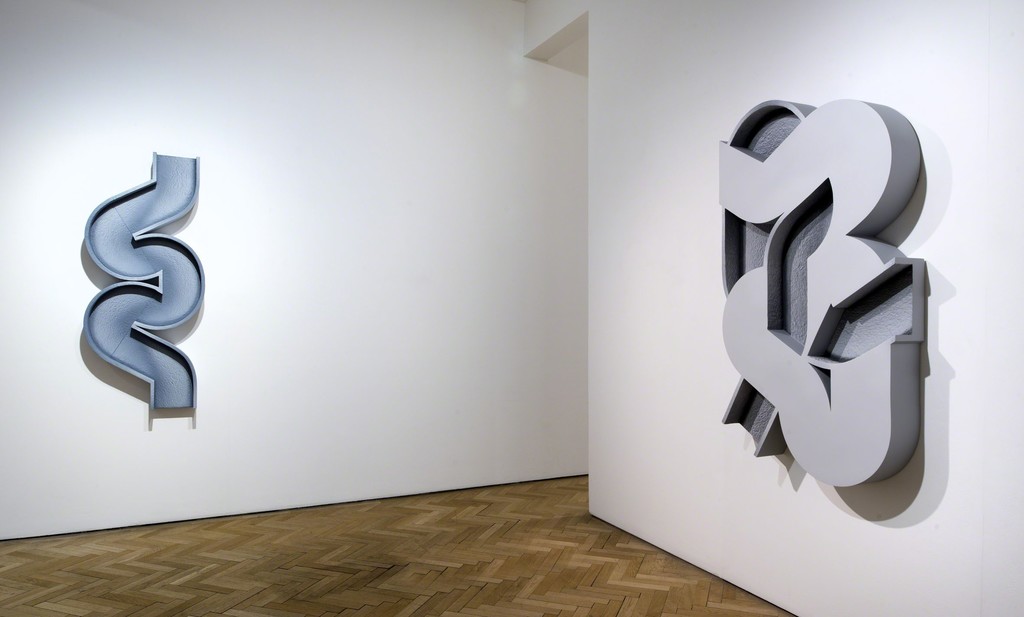 The works in Neutral Rainbow centre around an interest in the politics of form, interrogating how form becomes a facade for meaning, and how it shapes our understanding of surface, colour, shape, architecture, and design.

Nikravan creates hybrid objects which fuse elements of painting, photography and sculpture, drawing from architectural lineages that range from the modernist Case Study houses, to the Orientalist public buildings of Edward Durell Stone, and the vernacular styles and finishes of the anonymous–often immigrant–builders of his native Los Angeles.

This series of works continues Nikravan’s ongoing investigation into the legacy of Modernism, while employing the re-appropriation of Middle Eastern forms that have been filtered through the orientalist lens of Western Modernism. The project pulls conceptual influence from Edward Said’s renowned Orientalism (1978), where the Palestinian thinker describes the Western strategy of framing non-Western cultures as feminine, spiritual, static and undeveloped, which in opposition, casts the West as masculine, logical, evolving, and contemporary. The works utilize carefully delineated geometric forms and textures, collapsing form and content in an interactive fashion, questioning this normative paradigm. Through this process, the artist seeks to reveal how the aesthetic and conceptual ideals of Modernism constitute an underlying set of assumptions that are not merely formal but also political.

The collection uses the Stuart Building in Pasadena, California as a point of reference. The Stuart Building was designed by Modernist architect Edward Durrell Stone in the 1950s, and was criticized at the time of its construction, for reintroducing classical elements and ornamentation– specifically Persian architectural elements–into Modernist architecture. Neutral Rainbow similarly collapses the perceived boundaries between Western and Eastern design. It challenges the Western-centric approach to modernity, one that sets the supposedly Western values of rationality through purity and simplicity in opposition to the perceived Eastern values of spirituality through intuition and ornamentation.

These ‘objects’ defy the traditional boundaries between painting and sculpture, alluding to the genre-defying sculptures of Minimalist artists such as Donald Judd. Soft, curved, textured, objects are juxtaposed with the rectangular, clean, reflective bases on which they perch. Surfaces reference smooth skin, concrete stucco, and papillae–bridging the body and architecture. This pursuit leads to increasingly complex objects that straddle the figurative and the mechanical, referencing man-made and organic systems. In several works, inset and flat passages collapse front and rear aspects of each object onto singular frontal planes, enacting cubist feats of simultaneity to queer and destabilize a singular point of view, while others reveal disparately shaped facets that reconcile into a singular form. Through these works, Nikravan’s questions the implicit orthodoxy of Modernism, creating sculptures that actively reveal and explore the gendered and political narrative inherent in form.