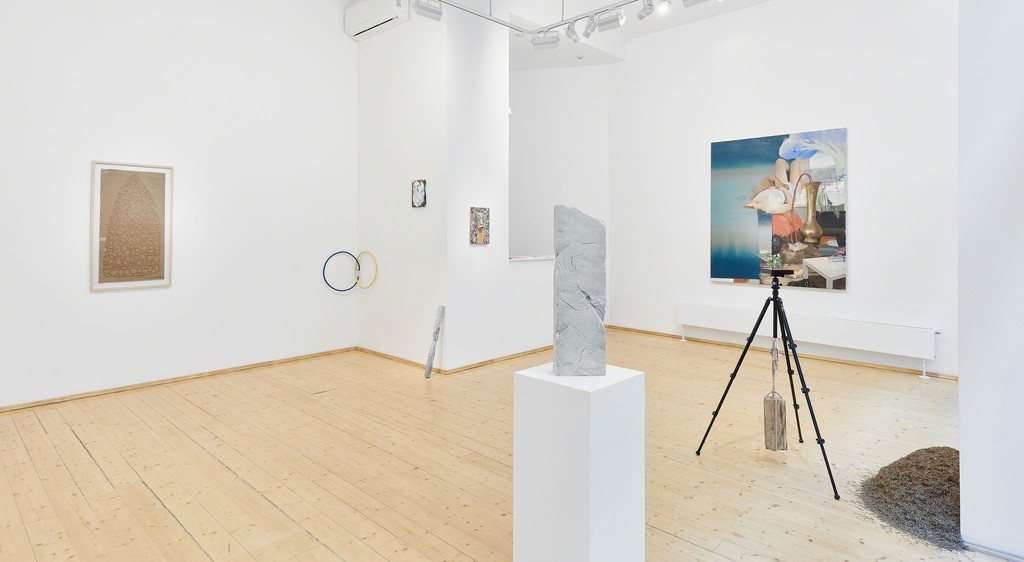 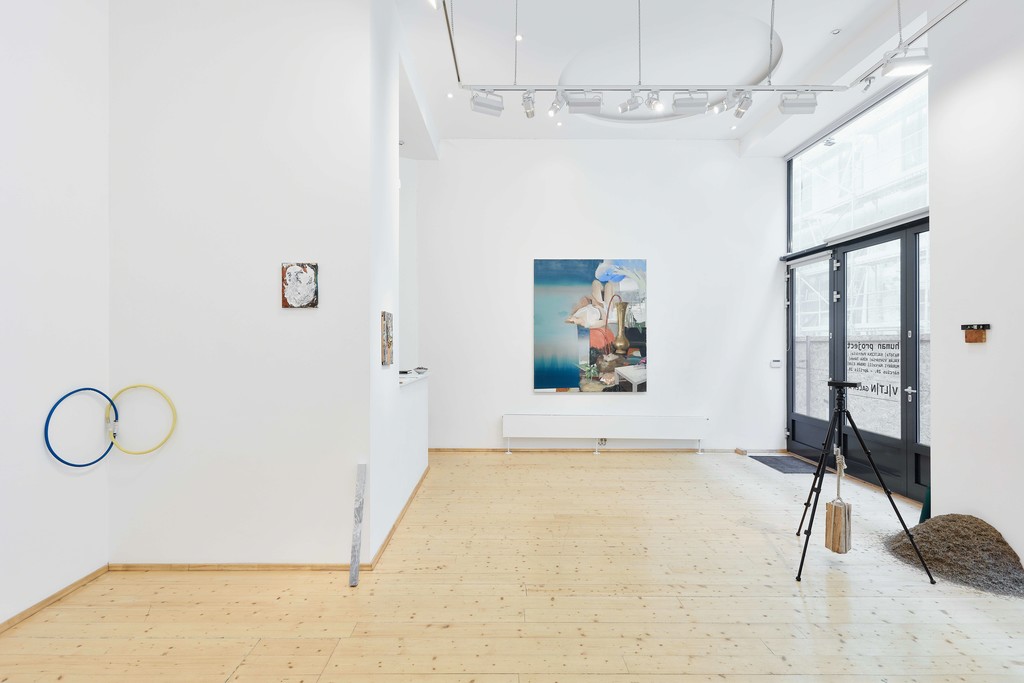 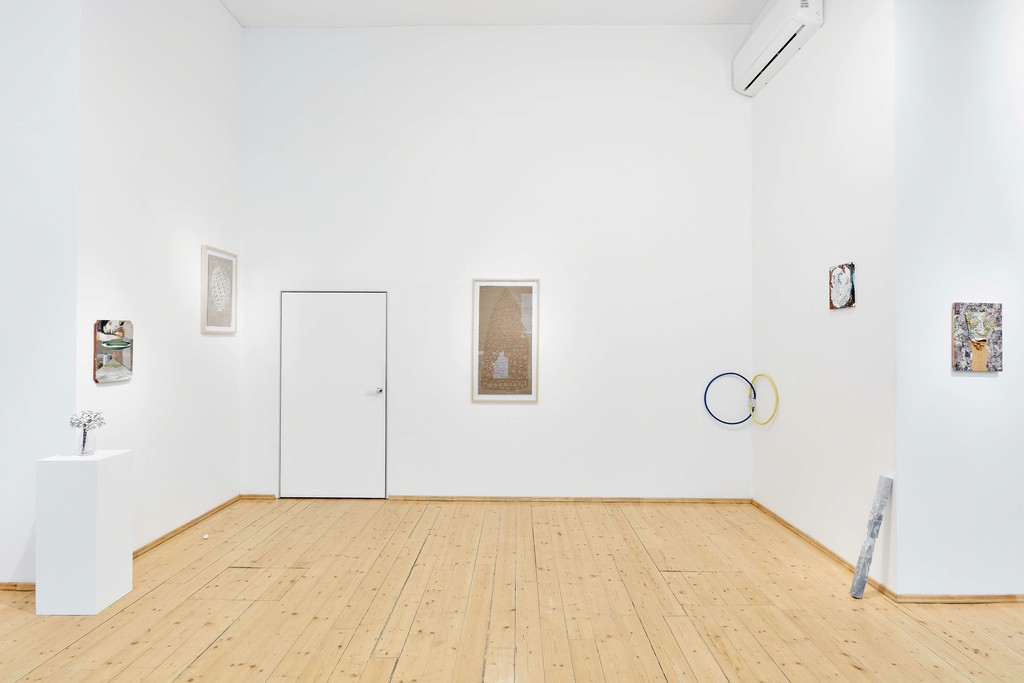 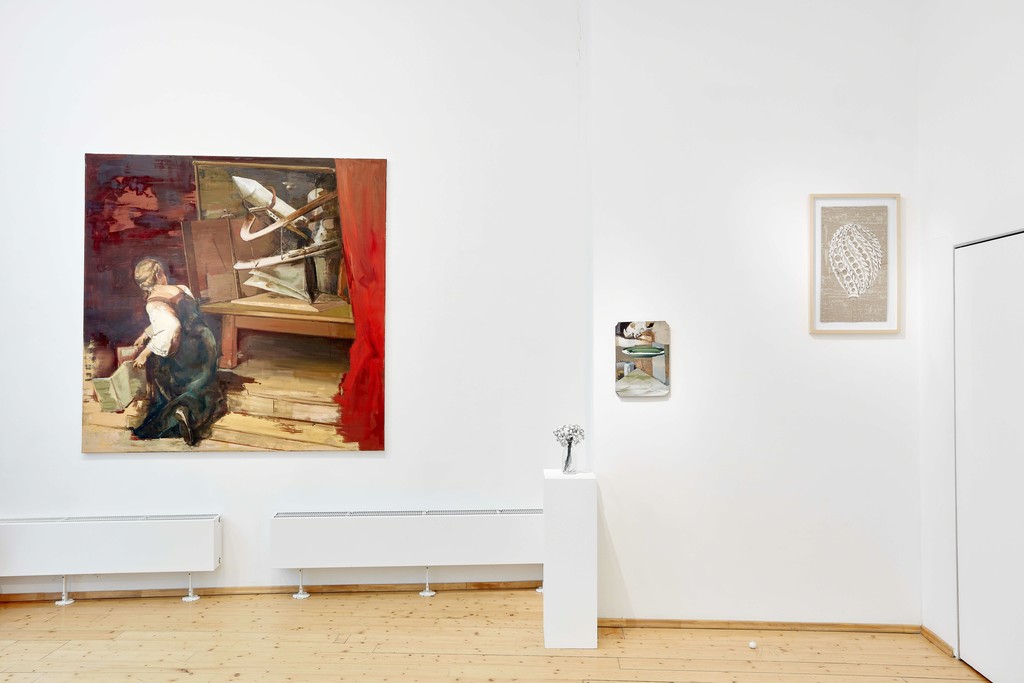 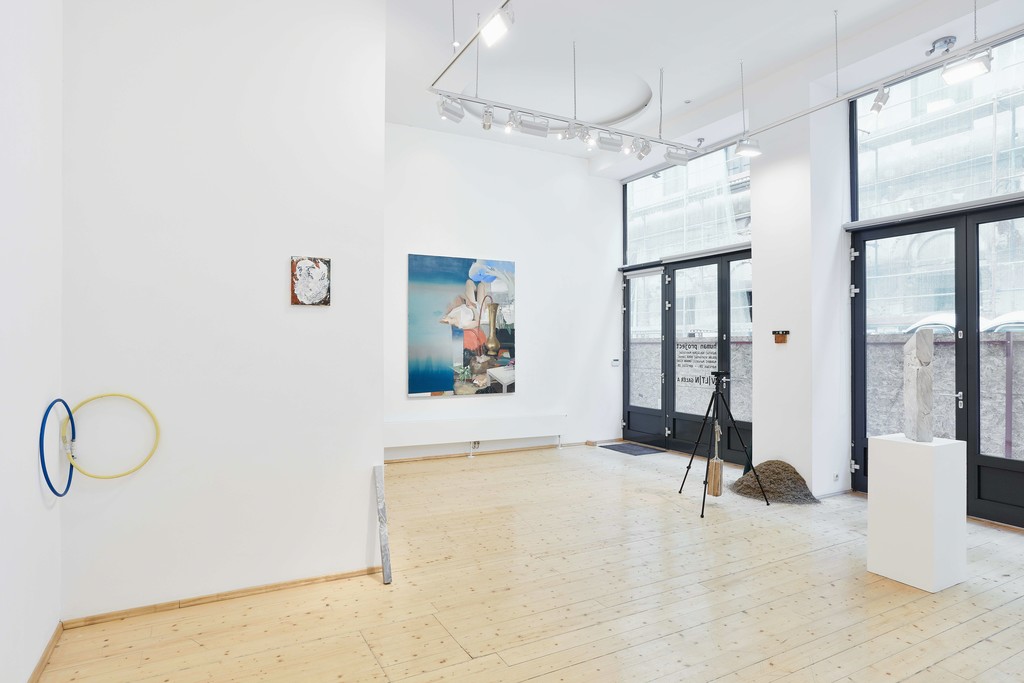 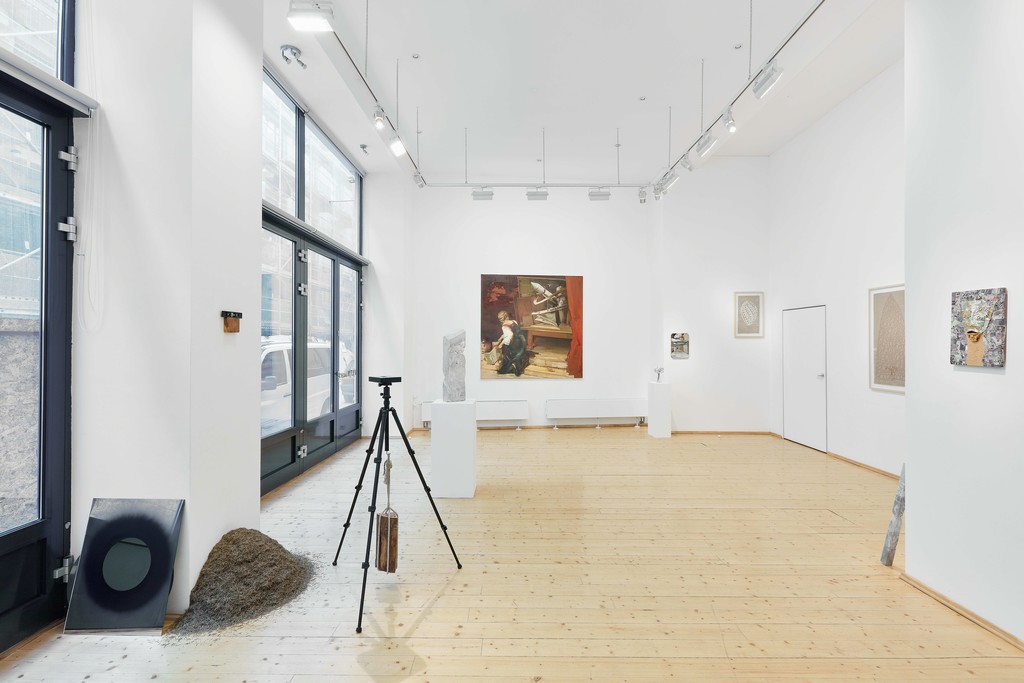 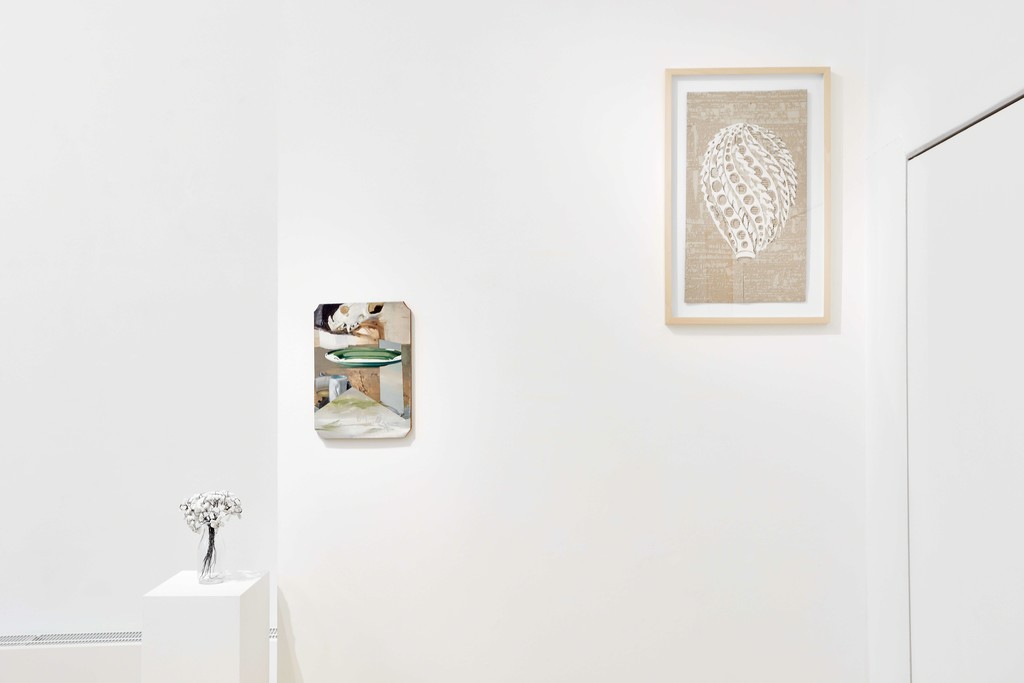 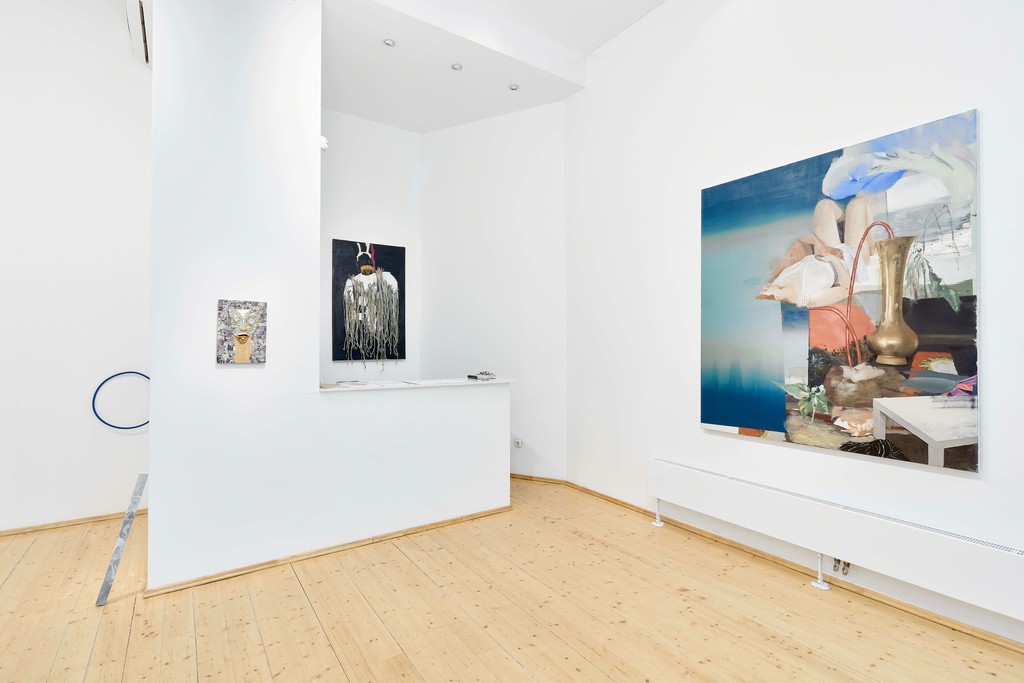 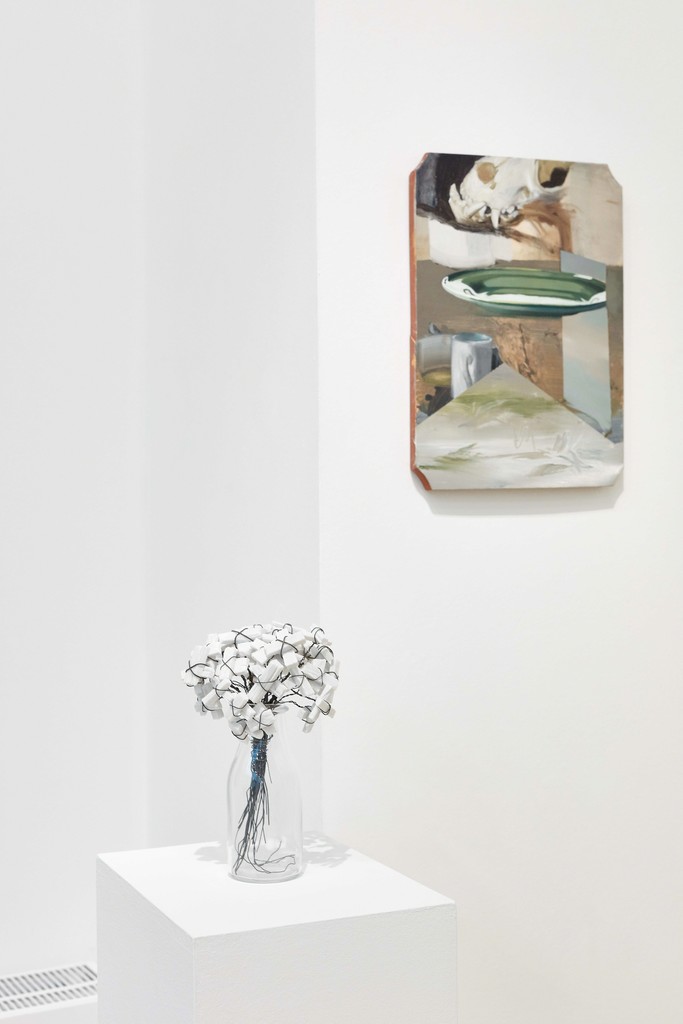 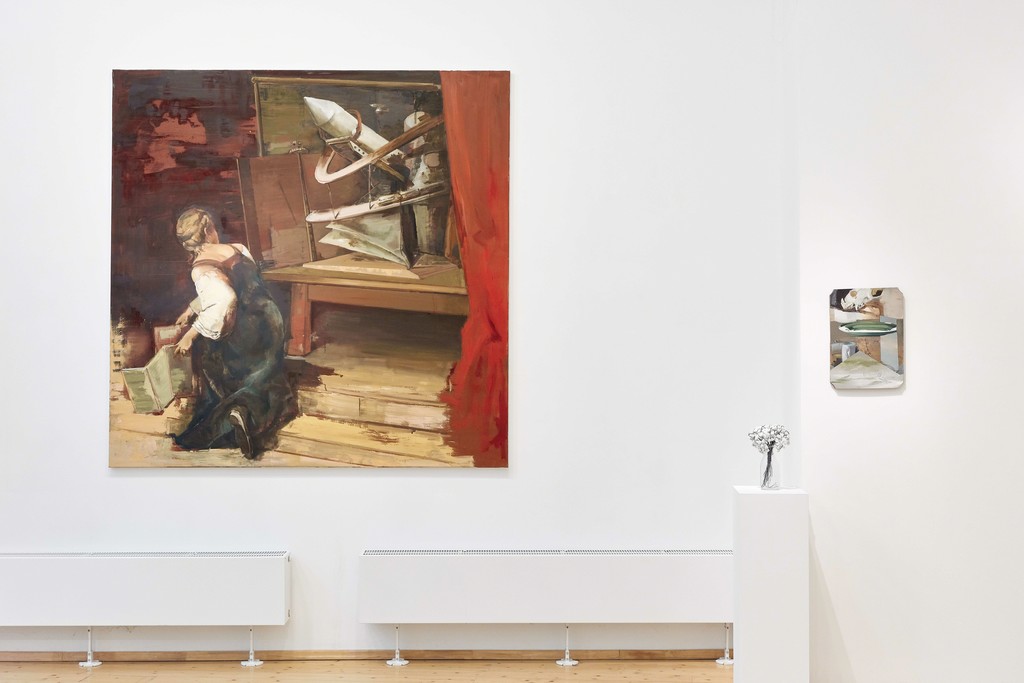 In recent years, a significant element of artistic experiments of modern art is the simultaneous application of various style materials, colors and compositional practices either in the form of an artwork or in an exhibition interior, installation. Rewriting art history of the 20th century and the practice of genre before that, the artists work between various genres or apply them combined. Some of them adopt the stylistic results of postmodernism consistently, whereas their elementary artistic attitude remains figurative. Others in turn work in that thin, exciting and experimental area, where it is rather difficult to differentiate between abstract art and the characteristics of figurative artistic practice - or, the intention might be to emphasize this fluidity between different genres and styles in order to create a new visual linguistic area.
The exhibitors of the human project - BaJóTa, Patrícia KALICZKA, Viktória KALÁN, Marcell MURÁNYI, Előd ORBÁN, and János KÓSA - resolutely explore that area where traditional genres are re-considered.
The term post-internet was invented and first used in 2006 by conceptual artist and curator Marisa OLSON (1977, DE) for the artistic attitude of the early 21st century following the postmodern period.
The Internet World Wide Web and the digitization radically changed our everyday life. It transformed our culture, our economy and work; it created a completely new situation for our communicational habits. Being the first informational platform, it speeded up its acquisition and sharing to an unprecedented extent. The internet became the platform for the creation of our reality, or virtual identity.
Nevertheless, the digital revolution inevitably affected the artistic practice. Our claim to the continuously operating online world made it possible to create a new, pseudo-art world. Thus, the traditional artistic canon expanded; according to other, more pessimistic understandings, it led to the disappearance of classical art genres and to the significant loss of their importance. The online platform gave a new meaning to the time invested in creating art, respectively to the afterlife of an artwork. The possibility of an immediate appearance holds out a promise of an instant catharsis for the artist that could only be experienced between the walls of a studio or in the exhibition hall before. Hence, the online community unconsciously developed new values, even if currently it is not in a relation to the official canon.
The human project does not intend to qualify the facts mentioned above; the aim is to make their presence visible. It primarily shows the works of the artists, who belong to the post-internet generation and actively use the internet and the possibilities of the digital platform, yet their medium is tied to traditional art genres. A reminiscence of the exhibition is the Vision Model of János KÓSA, which formulates ambiguous references: while the work is a paraphrase of the Austrian artist Hans Makart's big size Venice pays tribute to Caterina Cornaro (1872-73), it also draws attention to the essential and accepted role of continuity and reference in art, further emphasizing it with the presence of only one master, KÓSA, at our exhibition presenting young artists.