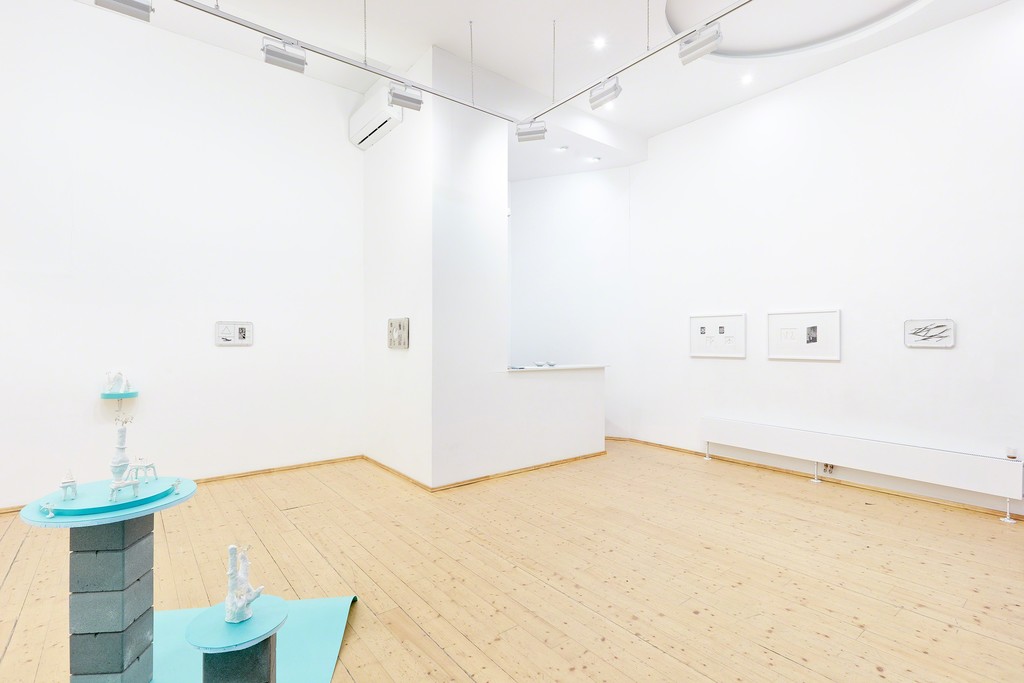 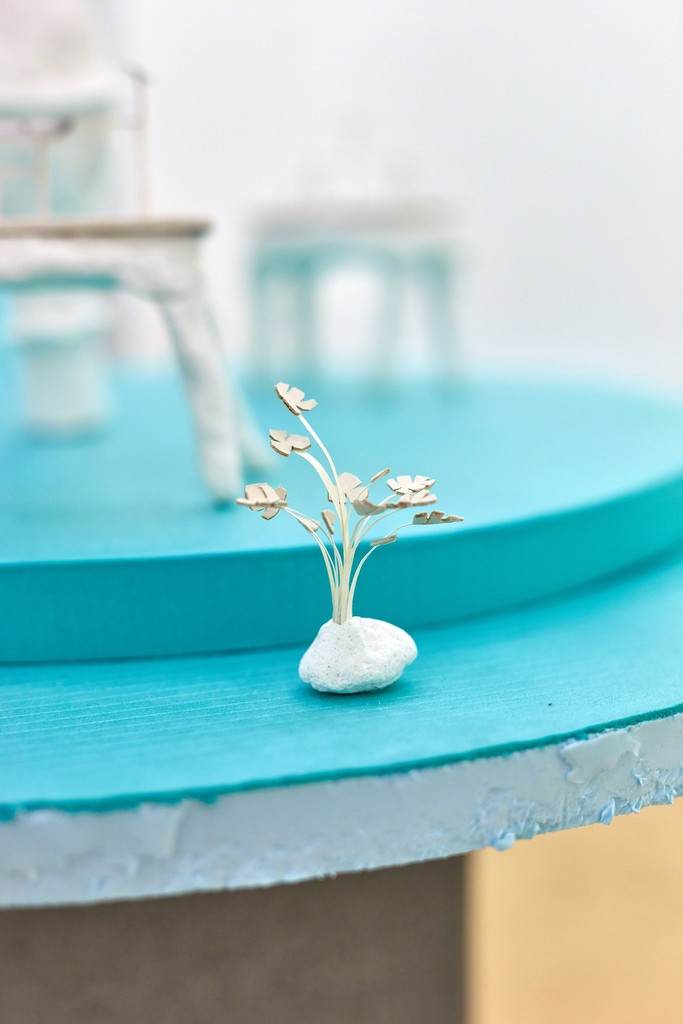 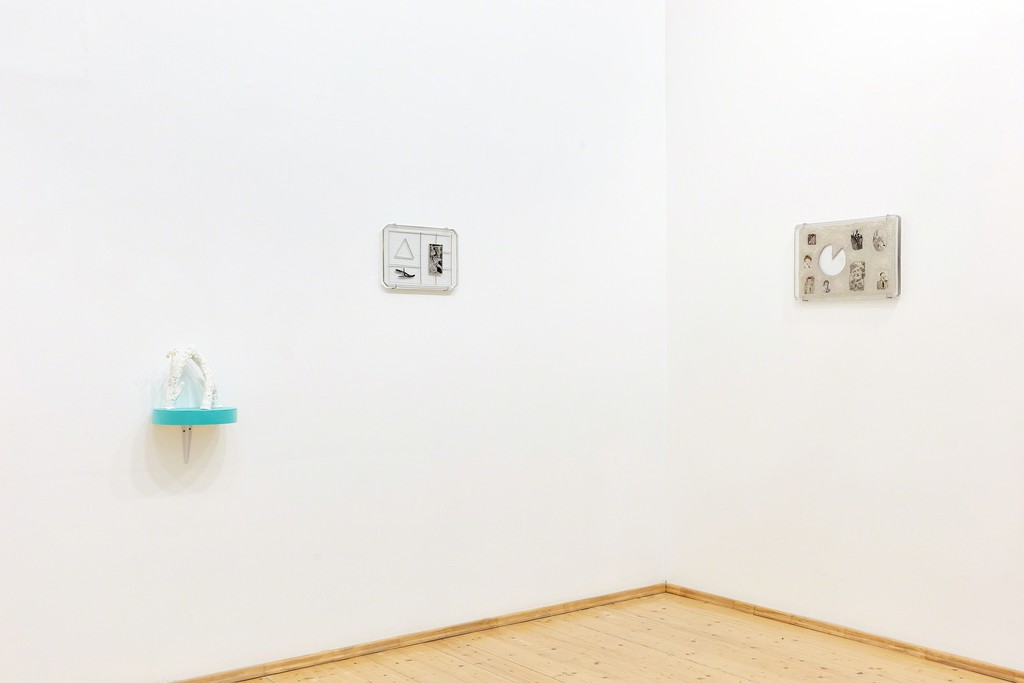 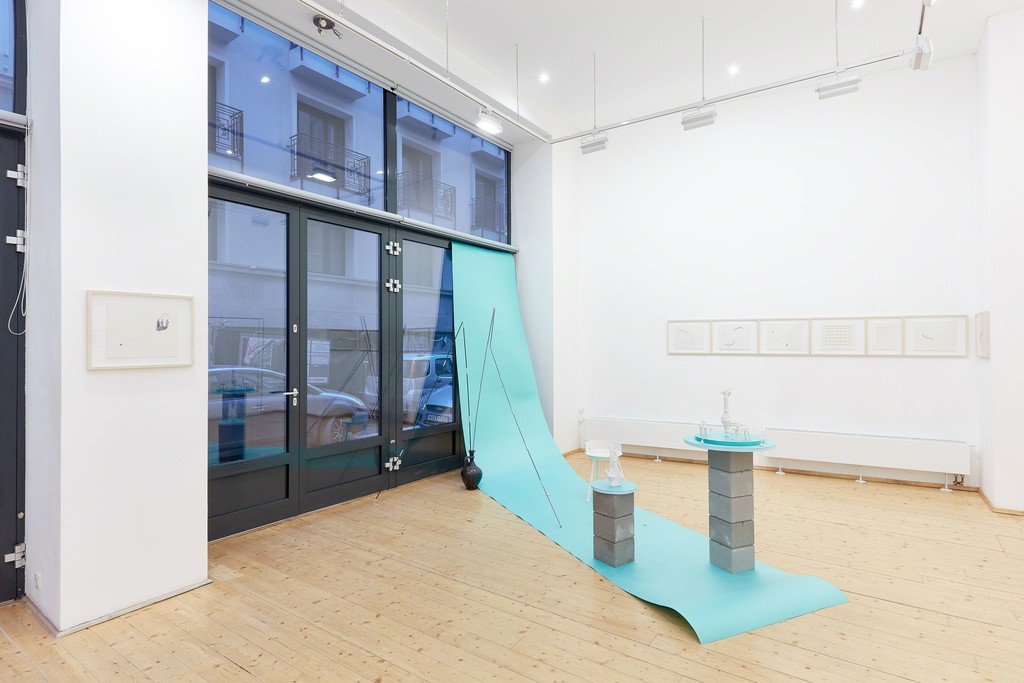 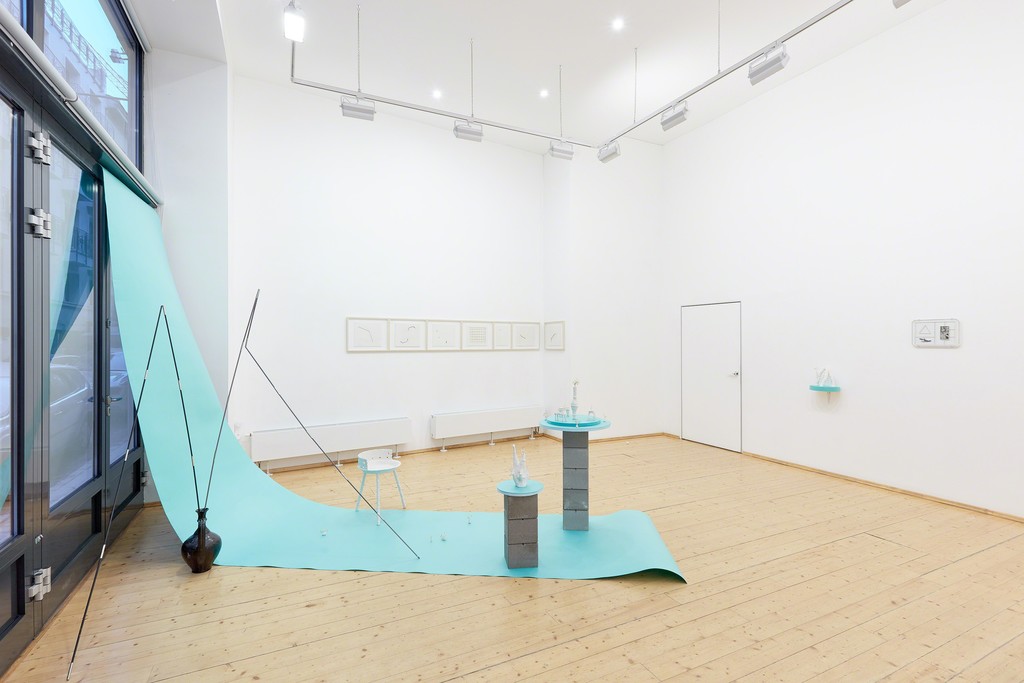 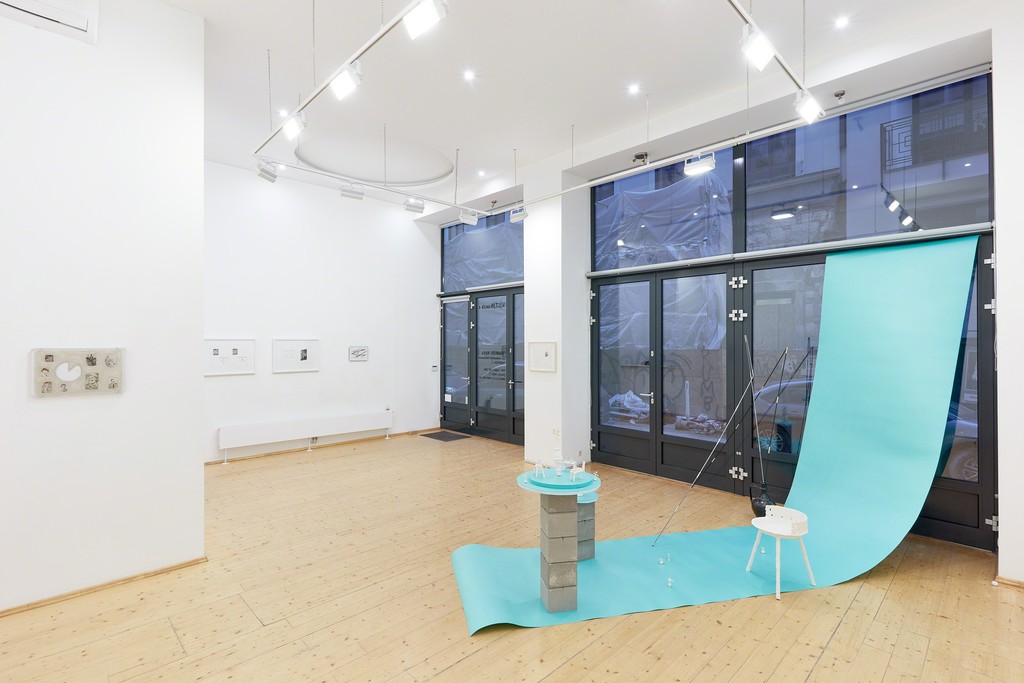 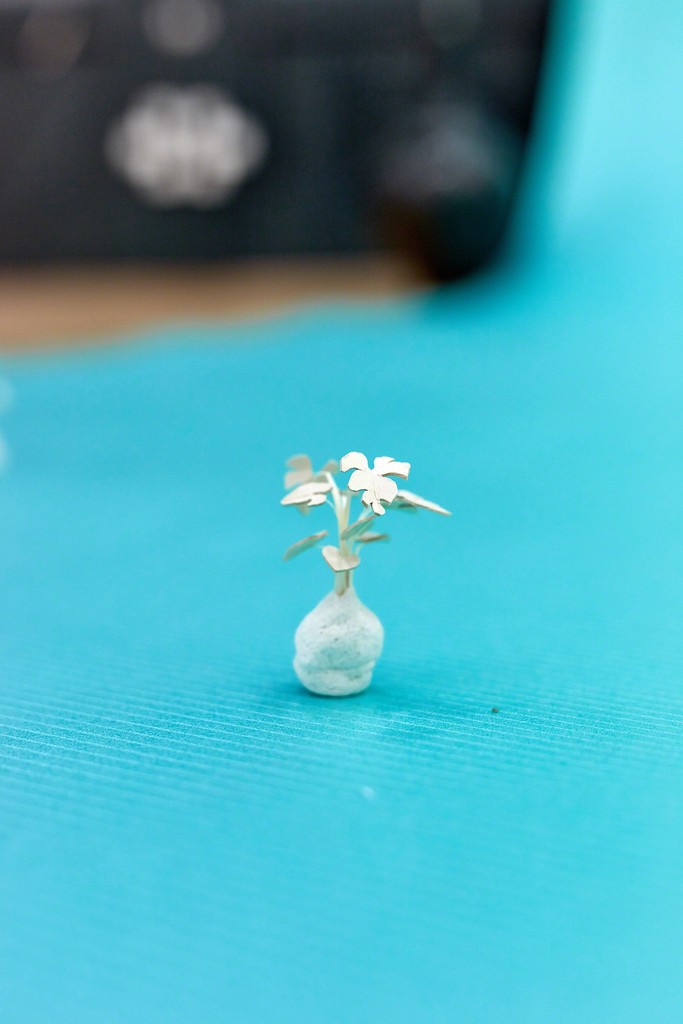 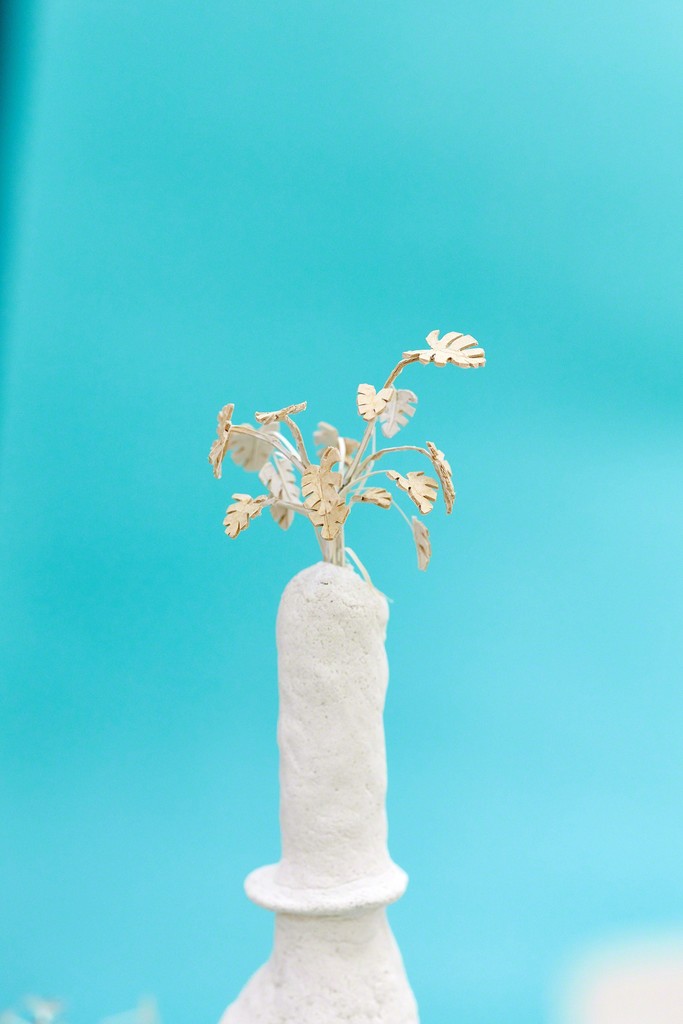 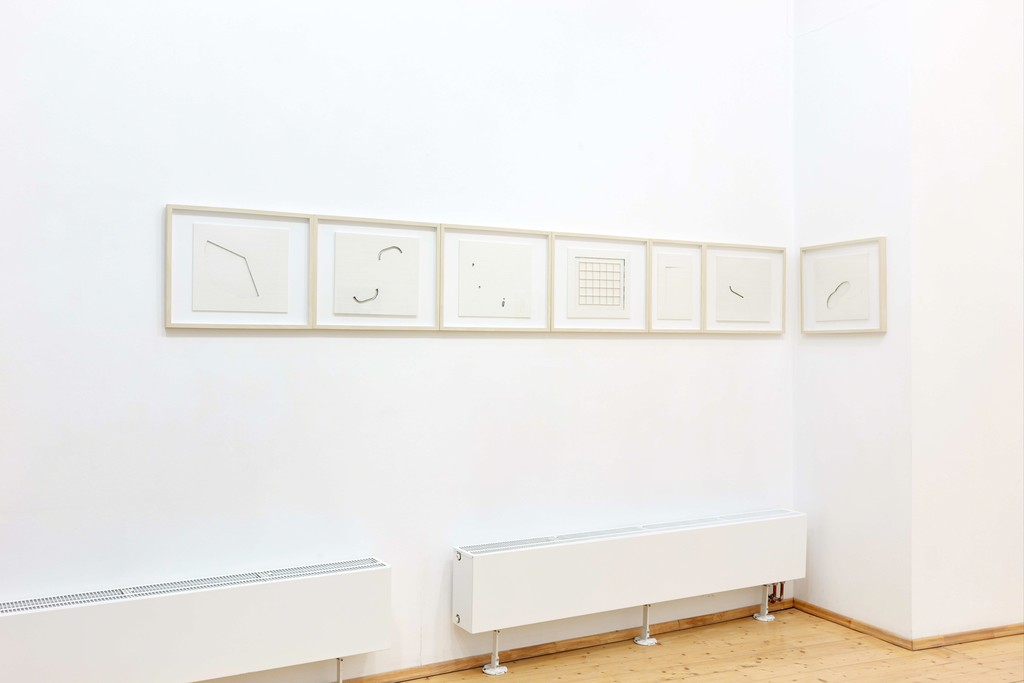 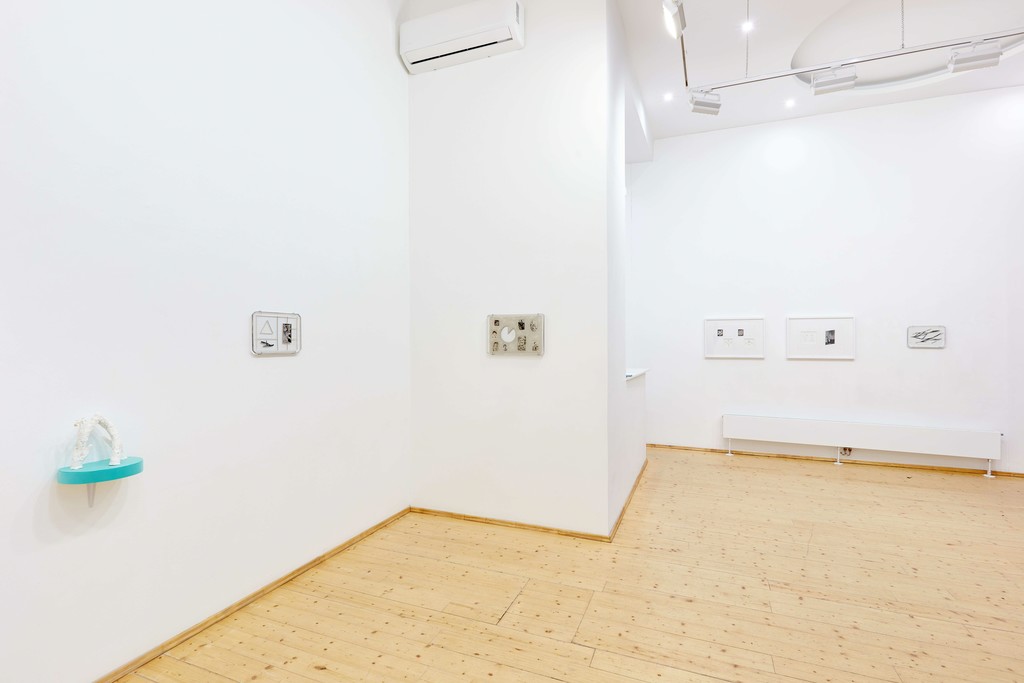 The logic of the fuzzy sets is the second solo show of one of the outstanding talents of the youngest generation, Kata TRANKER at VILTIN Gallery, showing her latest artworks.

The borders of our natural notions are not easily set: one thing can be true or false and also there are transitional values that are defined by the logic of the fuzzy sets.
The borders formed by practical values and empiric studies contradict the classical black-white formulation of Aristotelian logic but at the same time accompany the unsophisticated qualities of notions. In the works of Kata TRANKER, searching principles, one’s reflection to the world and oneself is a recurrent element. The subjective systems formed along by these interpretations are turned into associative diagrams.

The artist’s parallels linked to sciences – primary to mathematics – are the phenomena’s
interpretation in form of pictures, objects and installations. TRANKER invoked the logic of the fuzzy sets to help defining the border of real-life and art and to unravel today’s art-concept. In VILTIN Gallery, the theory of mathematical modelling appear in fragile, equilibrant situations, reducing the complex narrativity of questions to ordinary, generalizable situations. The objects with their dimensions and references of the artist’s self-reflections, turn quite personal, enhancing the significance of subjective experiences and questioning the objectivity of knowledge.

Kata TRANKER (1989, Székesfehérvár, Hungary) studied media design in Hamburg (Hochschule für Angewandte Wissenschaften) and painting in Budapest. She graduated from the Painting Department of the Hungarian University of Fine Arts in 2012. Besides numerous collective and solo shows in Hungary and abroad, she has been participating at international artist residencies (K.A.I.R. Kosice, AIR Vienna, AIR Mino). She is a member of the Studio of Young Artists Association (FKSE) and was awarded Gyula Derkovics scholarship in 2014. Her works can be found in major Hungarian and international collections.