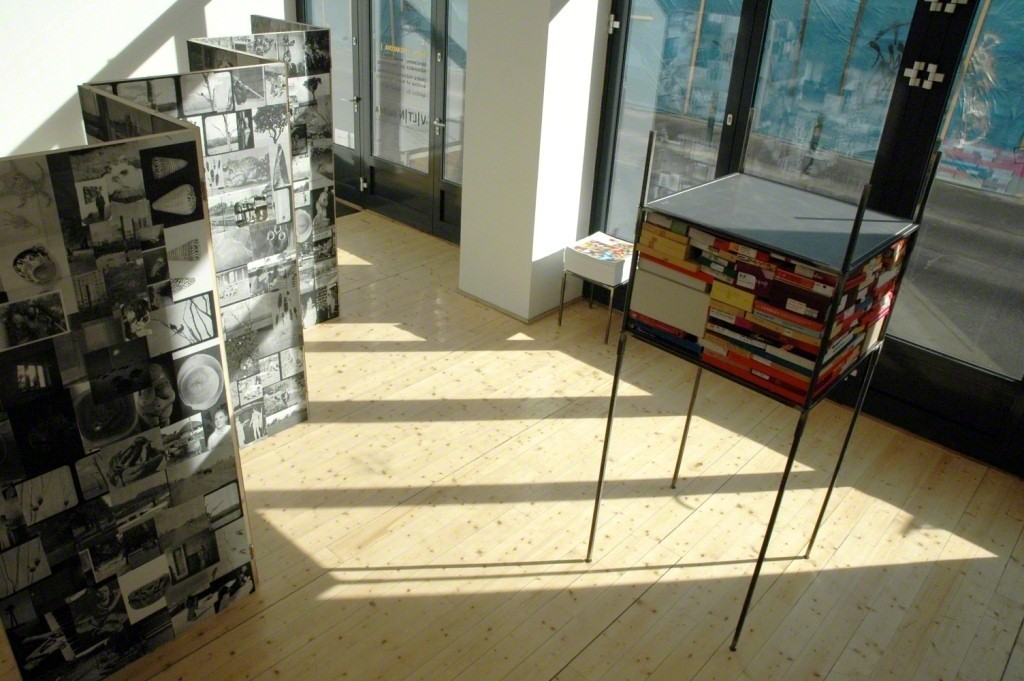 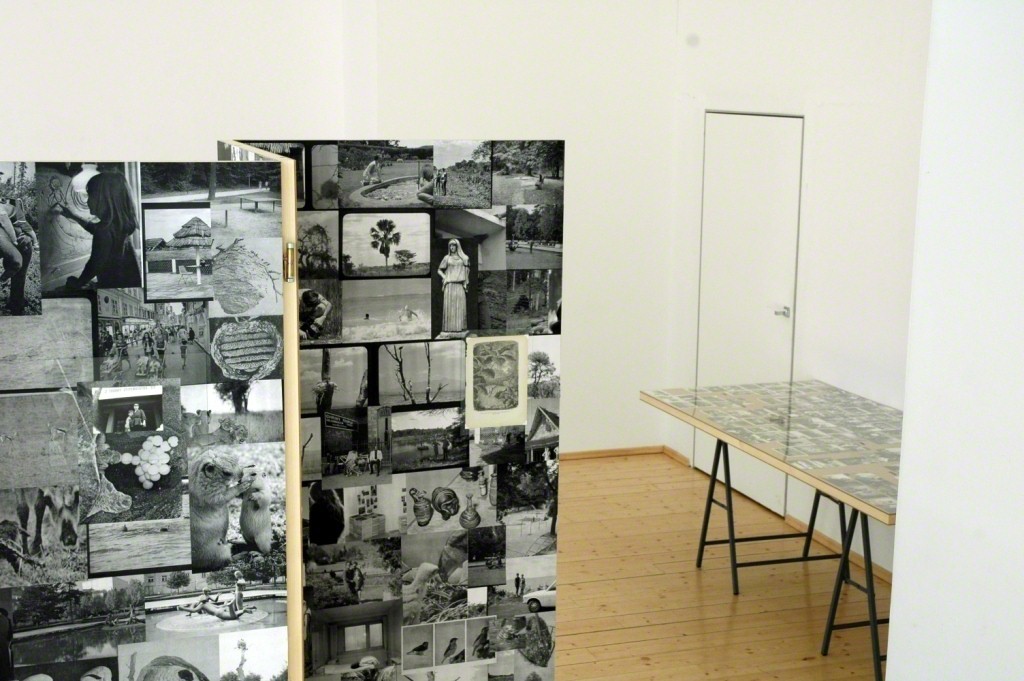 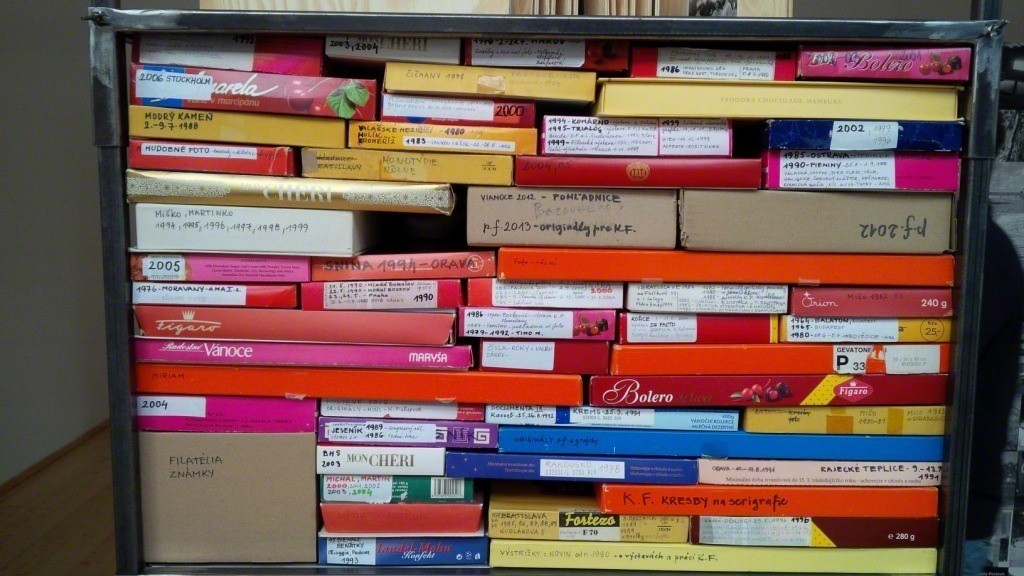 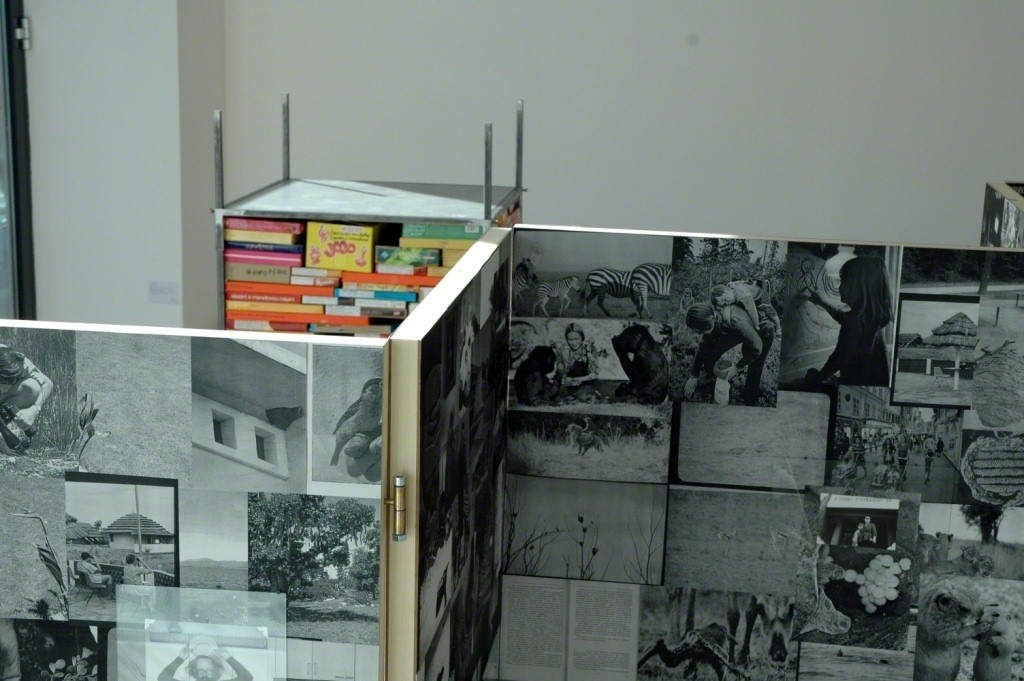 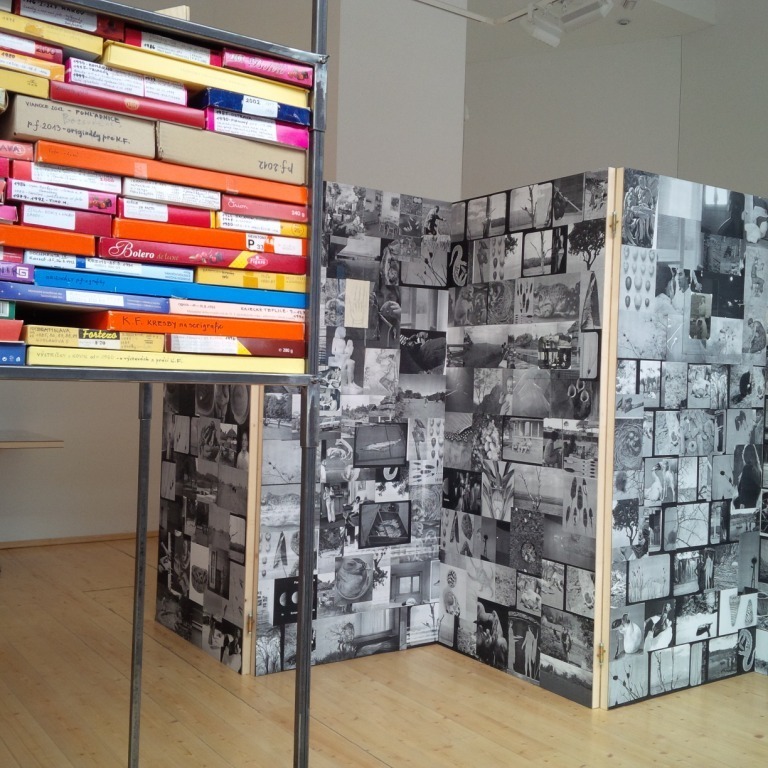 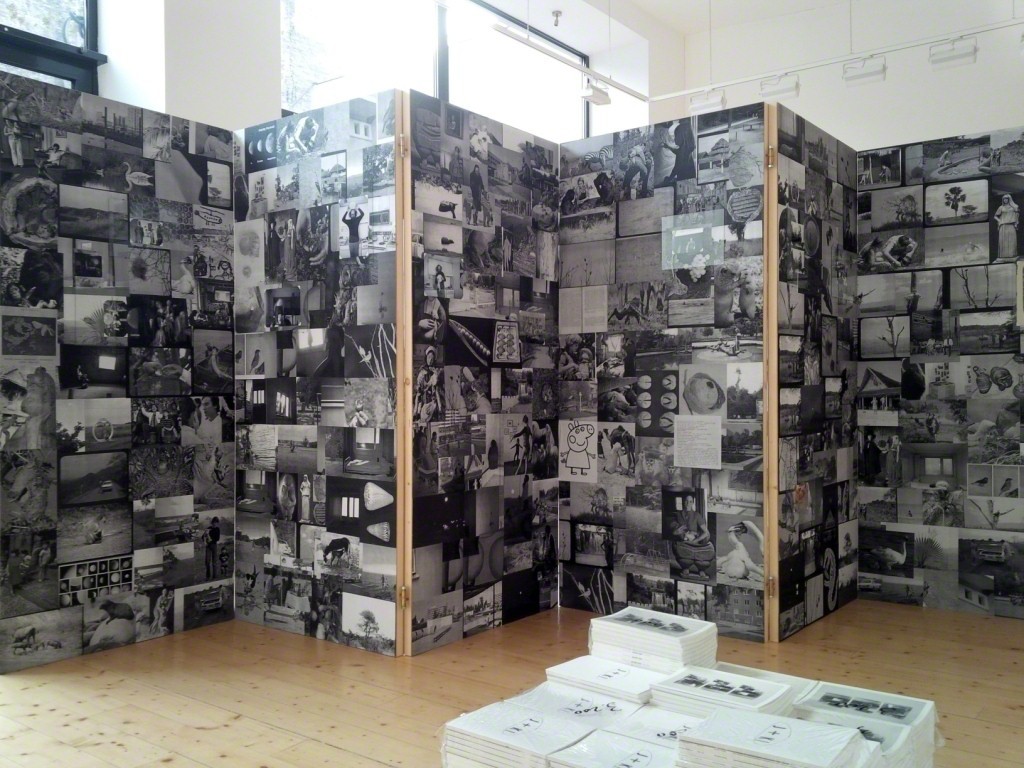 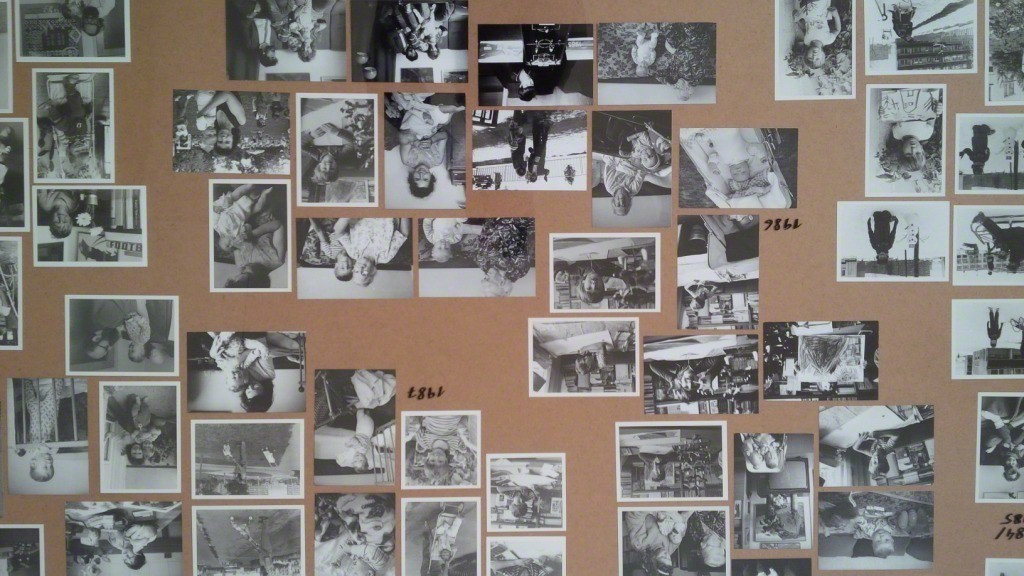 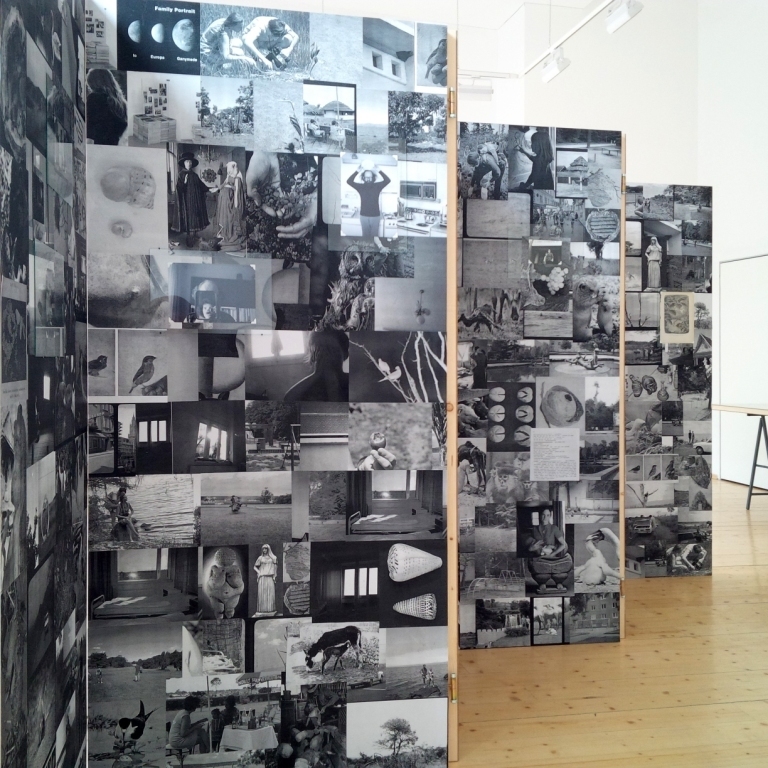 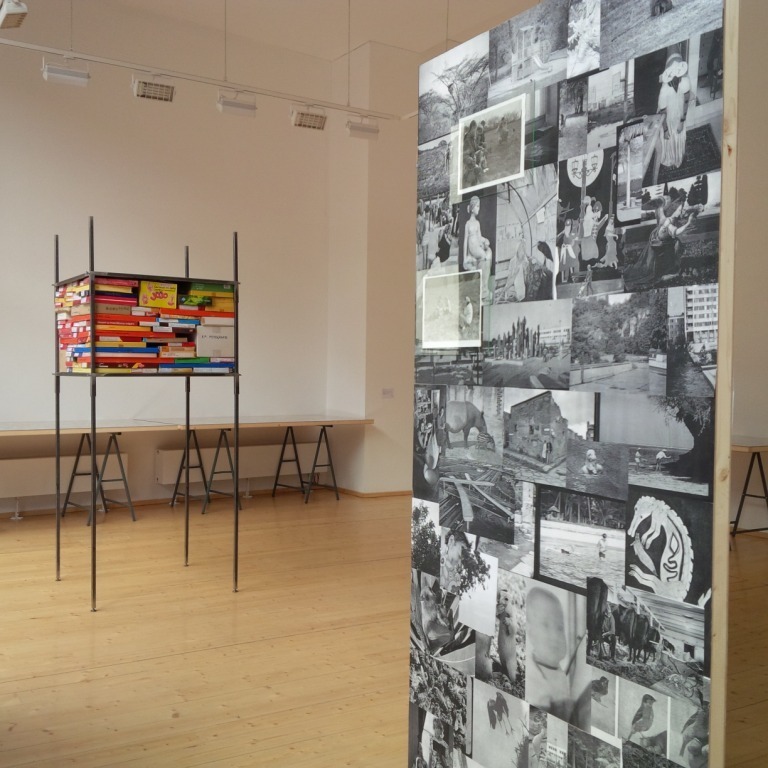 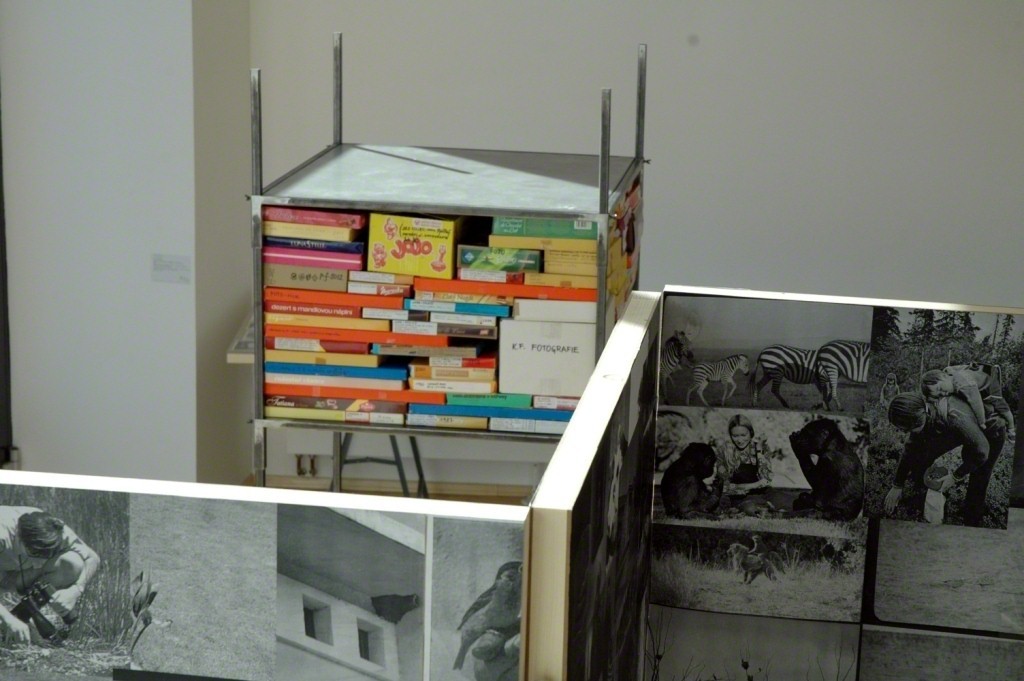 Květoslava Fulierova’s archive inhabits approximately two built-in wardrobes in her apartment. The archive is distributed in vari-ous cases, many of which are empty chocolate boxes. Květa’s archive has thematic categories (in addition to the chronological divi-sion); themes such as work with amateurs, travels, exhibitions, family life etc. Whilst her partner Július Koller collected the ephemera, Květa would come home with heaps of photographs, which would not only end up in the family photo album; they would later undergo Július’ post-production.
For Květoslava and Július documenting the banal, ordinary moments of everyday life became a favored practice. The more ordinary the situation, the more exalted the formal administration became. By collecting information from all sorts of trivial everyday objects (tickets, telegrams, newspaper clippings), and sorting them by theme Koller creates an archive, which he uses as a source, while leaving a message to his “ideal audience”. He also post-produces other quotidian objects, as well as Kvetoslava’s photographs: cap-tured spontaneous moments, such as their grandchildren at play.
One can observe several parallel, if somewhat contradictory endeavors in Koller’s work, which he develops simultaneously. He is even capable of creating artwork, with the intention of being sold in a shop (a commercial gallery called Dielo, the Slovak for “artwork”), which fulfills all the criteria of an artwork as a commodity. The political climate of the time, aiming for art to solely be a means of conveying political ideology or a purely decorative fixture, is in turn witness to art, which is authentic and existential—art, which simply has to be, because it is not created upon a condition or in any way economically entailed. Art is not a way to make a living, it cannot be. One cannot go on without it.
Petra Feriancová was born in 1977 in Bratislava, Slovakia. She graduated in 2003 at L’Accademia Delle Belle Arti in Rome. She rep-resented the Slovak Republic at the 55th Venice Biennial.