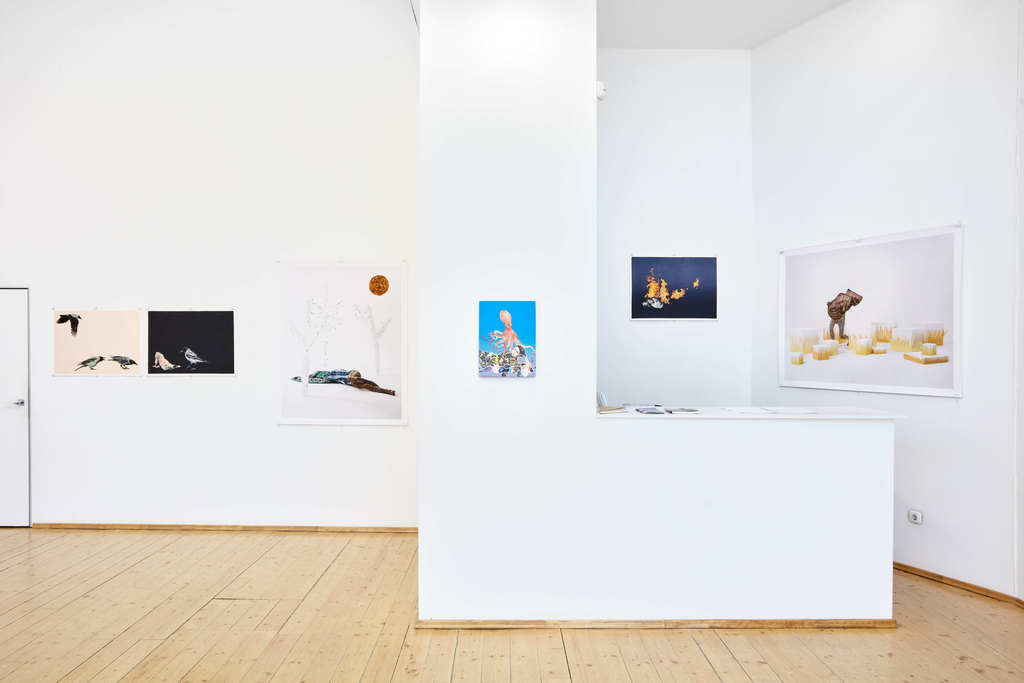 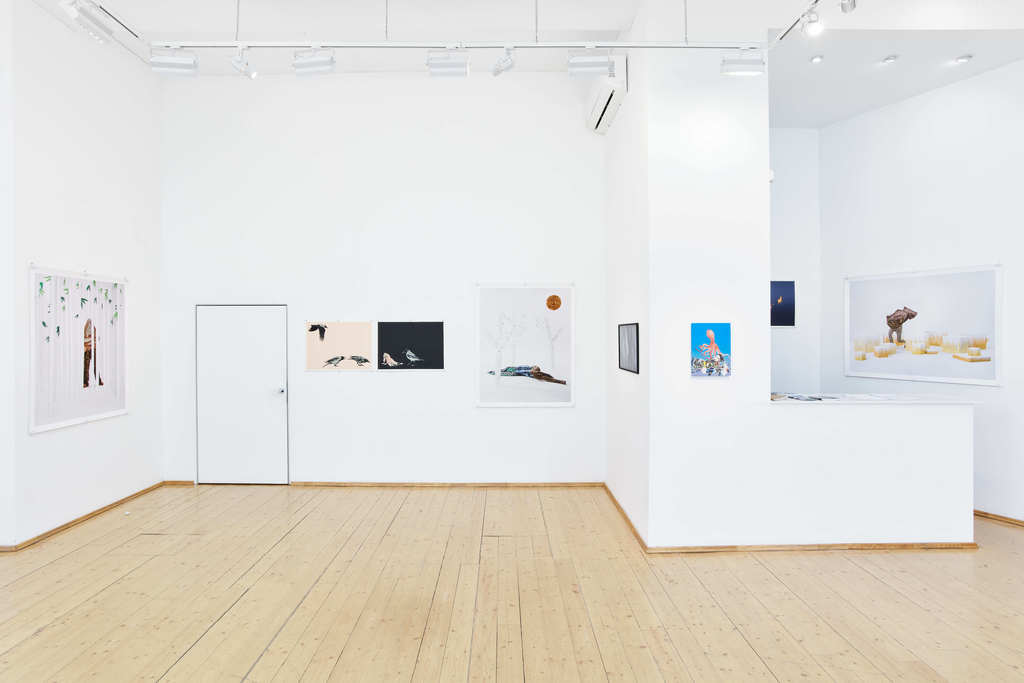 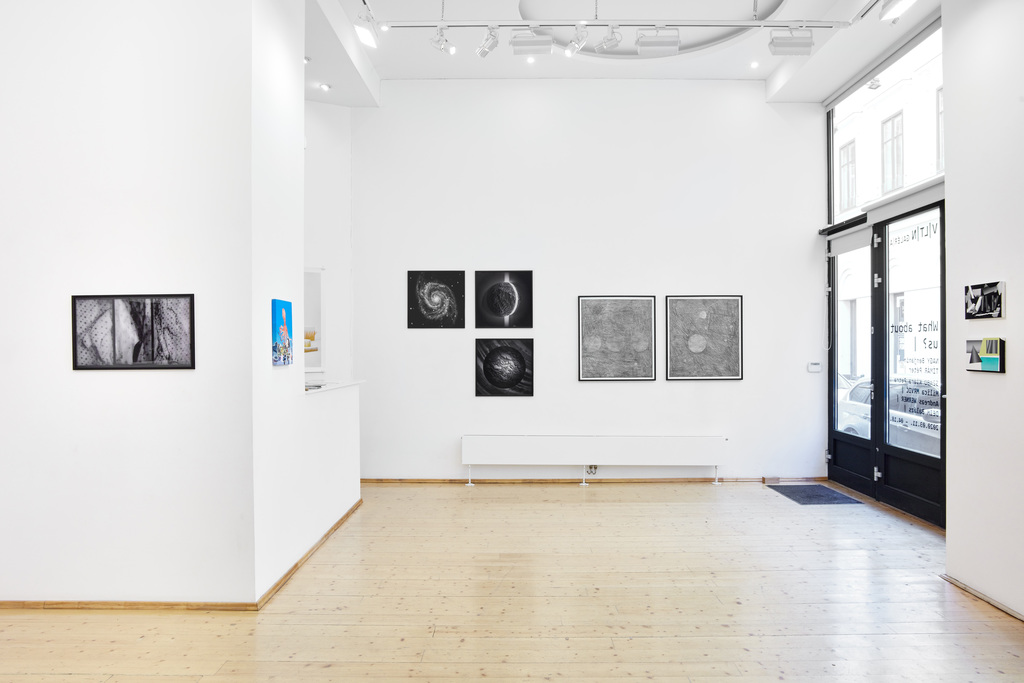 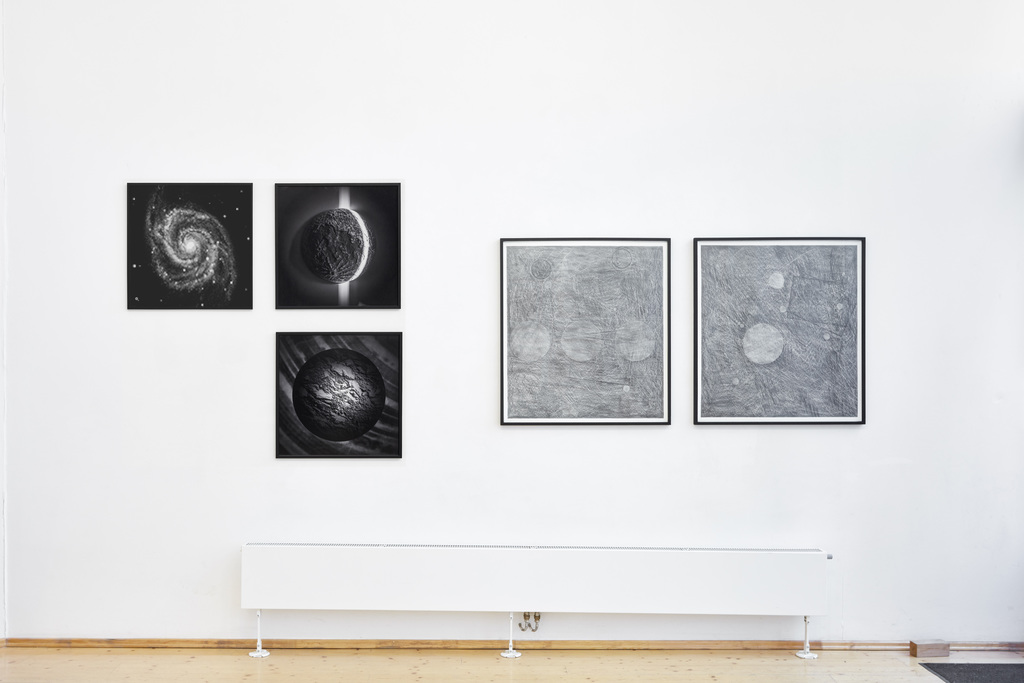 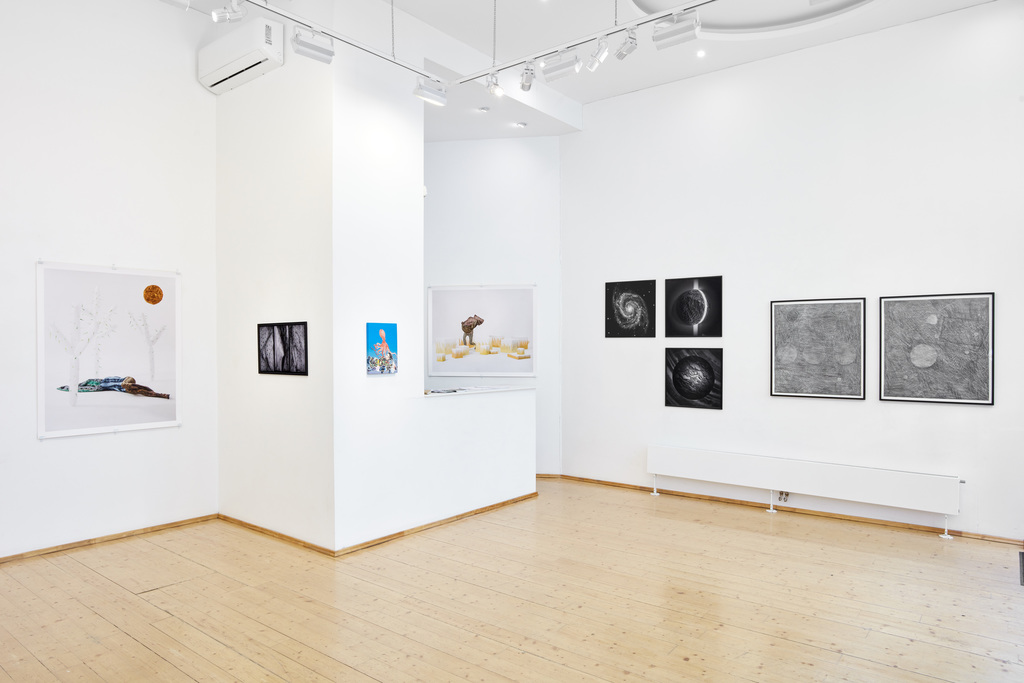 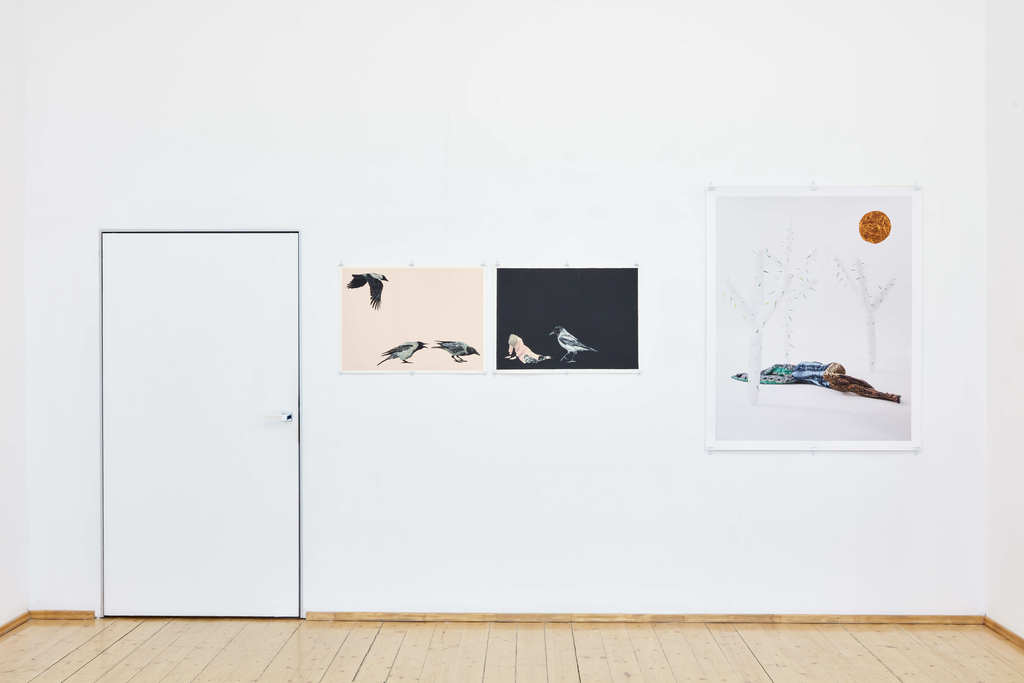 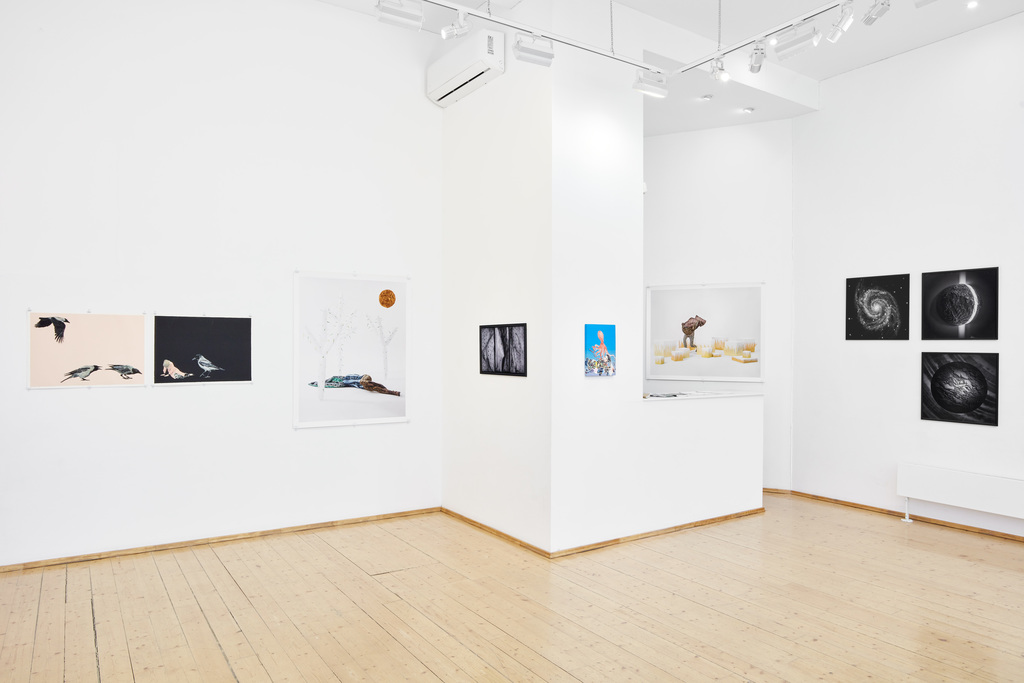 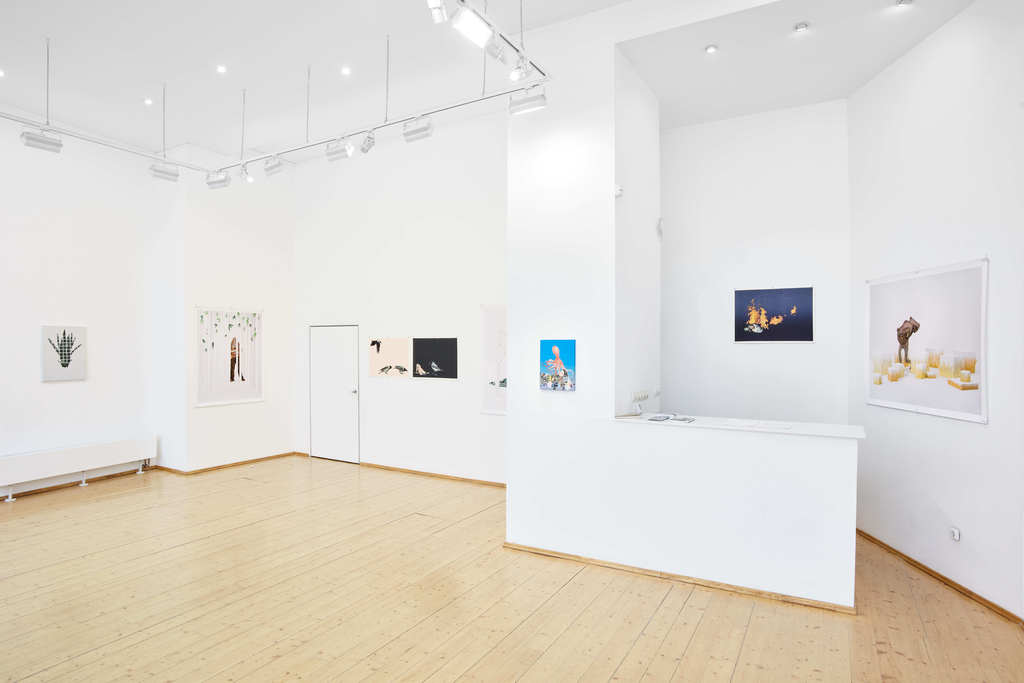 One topic – two artists: a fine artist and a photographer. How do two different artists working in different media approach the same subject? The group exhibition of VILTIN Gallery raises the question on how the choice of materials determines the artistic approach and aesthetics of the same topic.

Klára Petra SZABÓ’s and Milica MRVIC’s works are defined by collage like image-building and personal approaches. SZABÓ’s meticulous aquarelles come from a wider socio-philosophical point of view – as we could also see in the case of Black Box (2017), or the Collector (2017) series – and arrives to a private sphere, which is most amplified in her series The Shades of Loneliness, delivering an intimate tone and a self-revealing attitude. The main subject of her works are the self-portraits created in cruel honesty, they provide a analytical framework to the coping with loss, simultaneously investigating the artist’s spiritual and intellectual balance in the light of a broader sociocultural context. How does one rebuild herself and her identity after loss? How can she be actively involved in the process and an outsider observer in the same time? Collapsed in Style, which pictures the overwhelming power of sorrow, can be understood as a period of that. All at once, it shows a surreal and bizarre spectacle, as a symbol, the flaming house set on fire means the cleansing force freeing the artist from the bad memories.
Milica MRVIC’s Safari-series by borrowing patterns and imitations from animals deals with the psychological background and its effects on the environment. The animals’ patterns and skins became status symbols, the sign of physical strength and experience. Just like with the patterns, the patches, their skin is assimilated with the environment, they are keys to their survival, in the case of humans they are masks/roles taken on to fit in with the social norms.

In the works of Benjámin NAGY and Péter TIMÁR the focus is placed on the collision and visual presence of space and the individual, the natural and human environment. In the works of NAGY both optical illusions and camouflage appear in a painterly manner, meanwhile his arrangements refer to architecture, sculpture and to digital image making. Visually speaking, it can be seen in his composition-transformations. His latest series of paintings with a diverse imitation of two and three dimensional elements, he creates collage-like works on the borderline of abstract and figurative painting. Péter TÍMÁR arrived to the subject of fine art photography in a way that the medium’s documentative element is preserved, he records our whole living and lifeless world, which is distinct to him. TÍMÁR’s Spaces-series deals with the relation between the man-made space and humankind. Can the spaciousness of public buildings be considered co-ordinated or sub-ordinated. How can space be human-centric? In his series, entitled Vegetation, we can see details of plants placed in human environments, which are sub-ordinated to the human will, to the human order.

The central motif of Andreas WERNER and Balázs DEIM lays in the visual expression of longing for the unknown. In the works of WERNER the questions of our existence and our place in the universe are reoccurring themes. On his architectonic drawings built of geometric elements he simultaneously evoke futuristic fantasies and constructivist traditions, which without context indicate his sometimes set-like and sometimes graphic values, recalling utopian constructions or a cosmic travel. Balázs DEIM’s Space-series reconstructs everyday objects in well-known imageries, then he documents this constructed reality. In his narrative object-settings everyday objects playful constellations become fictive space-documents. these atmospheric visual maps disclose the artist’s theoretical discourse on the subject of photographical image-making in relation to fiction and reality. The futuristic or fictive become the reality in the eye of the beholder, in the light of the human longing his works can be considered as contemporary landscapes as well.