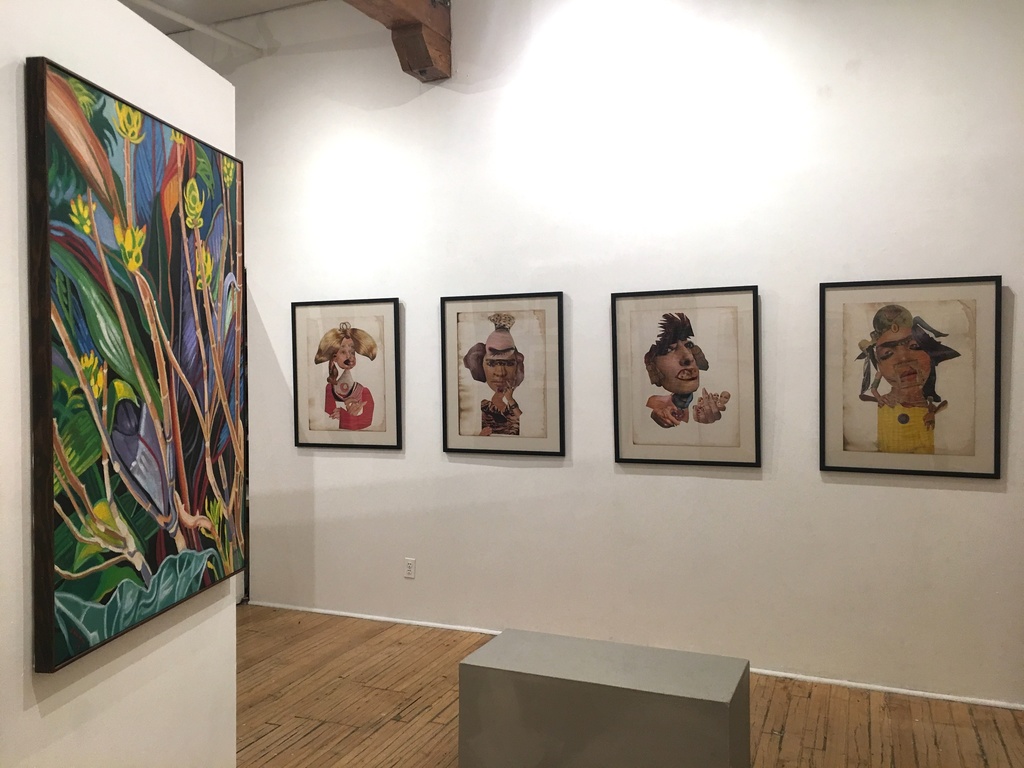 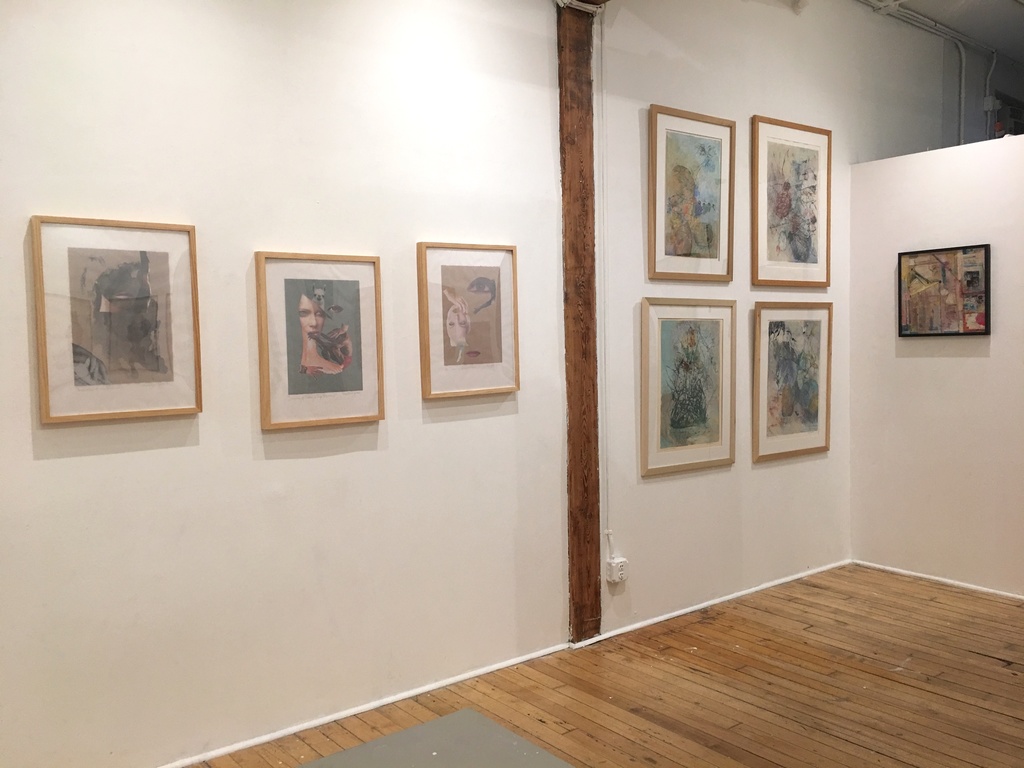 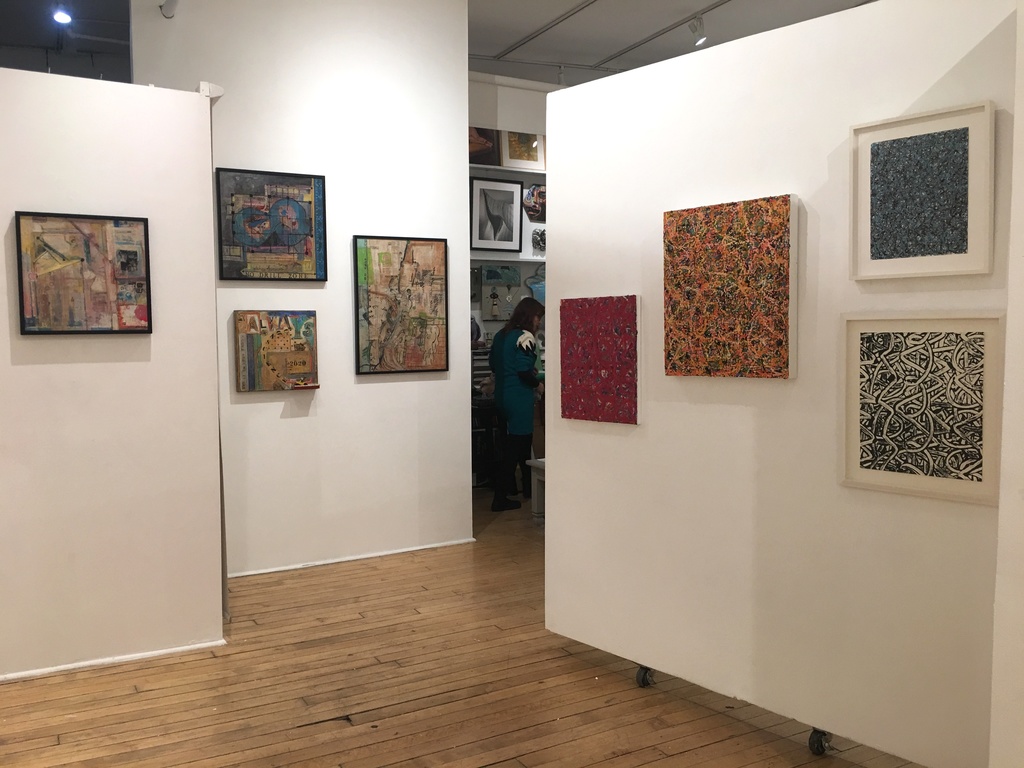 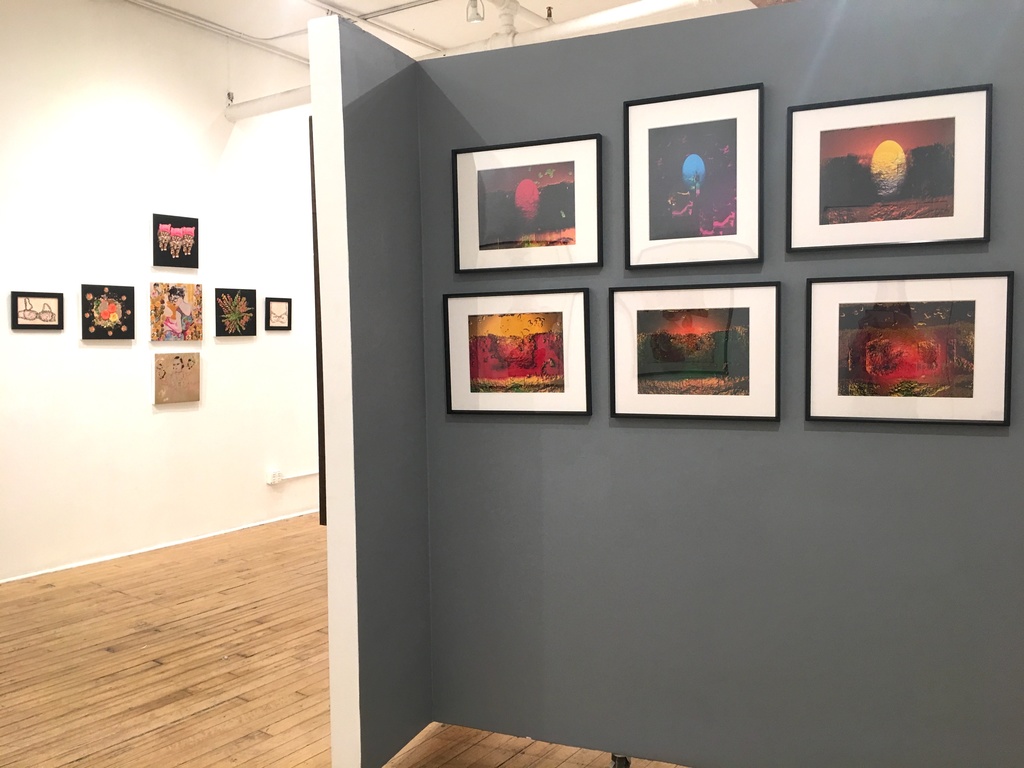 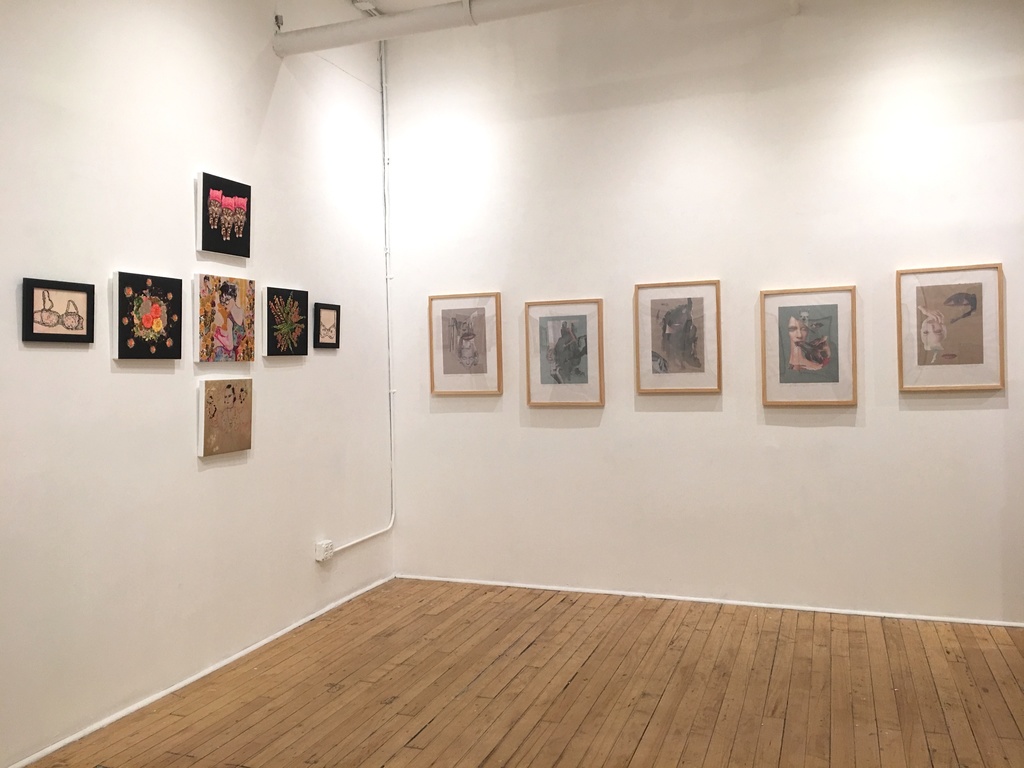 Chelsea NY: Viridian Artists is pleased to present an exhibition of outstanding art by seven artists who are part of Viridian Artists' Affiliate program and one who is a Viridian Alum. The show extends from January 2ND TO 25th with an opening reception on Thursday, January 9, 6-8PM. Some critics say the hot art is currently in the realm of realism, others are saying abstraction is back in full force. The art in this exhibit encompasses fragments of both and covers a wide range of concerns, … & … &…

Juliette Gordon was a trailblazer, an important member of the feminist art movement in New York and a respected artist in the inner-circle of radical anti-war politics in the early 70’s. She suffered a stroke in 2001, but still would undoubtedly have taken her rightful place among more well known feminist contemporaries had her life not been drastically changed in 2003 by a disastrous fire in which she was seriously burned and nearly died. The artist, now 85, has been living in rehabilitation and nursing facilities since, but her spirit is not diminished. For the past 7 years she has been nurtured through bouts of self-doubt to continue creating by the artist Sharon Wybrants who visits her weekly. Dr. Andrew Hottle, an art historian and specialist in feminist art of the 70’s, has created an inventory of Gordon’s oeuvre with the hopes there will be a retrospective one day of her work. Viridian is pleased to be showing collages in this exhibit that are a part of her body of work.

Joshua Greenberg uses photo-based imagery to create contemporary abstract art. In The Trees at the Edge of the Field, he uses a sequence of abstract prints in the same catalogue to represent a visual story. The works are arranged as a narrative and the viewer is asked to create their own story. The artist makes the art, the observer interprets the art, and together they complete the implied social contract art represents.

Michael Reck is an abstract artist who uses NYC and urban living for his inspiration. He states the following about the art he’s created for this exhibit:
“For the past several years I have been working with layering to create depth in my compositions. This technique has been heavily informed by graffiti, which turned out to be an influence I simply absorbed from my surroundings.”

Meredeth Turshen’s work took a sharp turn from abstract to representational this year after a challenge from two artists to produce 100 still lifes; the selection shown here – all in oil on paper – were spun from her imagination while living in a flower-rich paradise in northern Vermont. Turshen majored in studio art at Oberlin College, in workshops at Pratt, the Printmaking Council of NJ, the Rutgers Center for Innovative Printmaking, the CT Center for Graphic Arts, and for the past ten years at Vermont Studio Center. Turshen joined Viridian in 2007. She is a member of the National Association of Women Artists.

Nancy Nicol feels she is a New Yorker at heart, though she now works out of Cape Cod after growing up in the city via daily commutes from Jersey City to attended Friends Seminary, where art was core curriculum. She navigated without adult supervision, filling her pockets with interesting found objects and admired street art and graffiti. These youthful solo expeditions and familiarities continue to impact her work today. In addition to her affiliation with Viridian, she is an exhibiting member of the Provincetown Art Association and Museum and the Organization of Independent Artists, Brooklyn. Current projects include the illustration of a soon-to-be published children’s book, Quiet Places.

Deborah Sudran, a long time Viridian Artist and now a Viridian Alum, has spent a lifetime creating large paintings that contain a strong emotional response to nature. Her interests are concerned primarily with the abstract underpinnings as she moves in close, isolating plant life from its surroundings and focusing on the forms, colors and textures. Working from photographs, she is particularly fascinated with desert and tropical images.

Jenny Belin’s digitally created collages connect her figurative work with elements from her sketchbooks. In the past, much of her art has encompassed portraits of famous women we think of as feminists as well as animal portraits, particularly cats.

Vernita N’Cognita, both a visual & a performance artist is showing a series of recent collages that often explore the absence of objects, leaving only the negative shapes that imply a presence. Active politically since the 70’s, she organized one of the first feminist exhibits of that time. More recently, much of her work has been concerned with junkmail, recycling and aging. In the current issue of Gallery & Studio magazine, Diane Root wrote about her performance work on the theme of aging which she presented in the Art in Odd Places (AIOP) Festival, “Invisible”.

Viridian has created a number of programs to give outstanding and “underknown” artists an opportunity to have their work seen. In a world in which social media is making it possible for more & more individuals to have a tiny taste of fame, artists need avenues to have their work seen “in the flesh” as well. We look forward to seeing you in person in January, at this exhibition of captivating artworks and ideas.