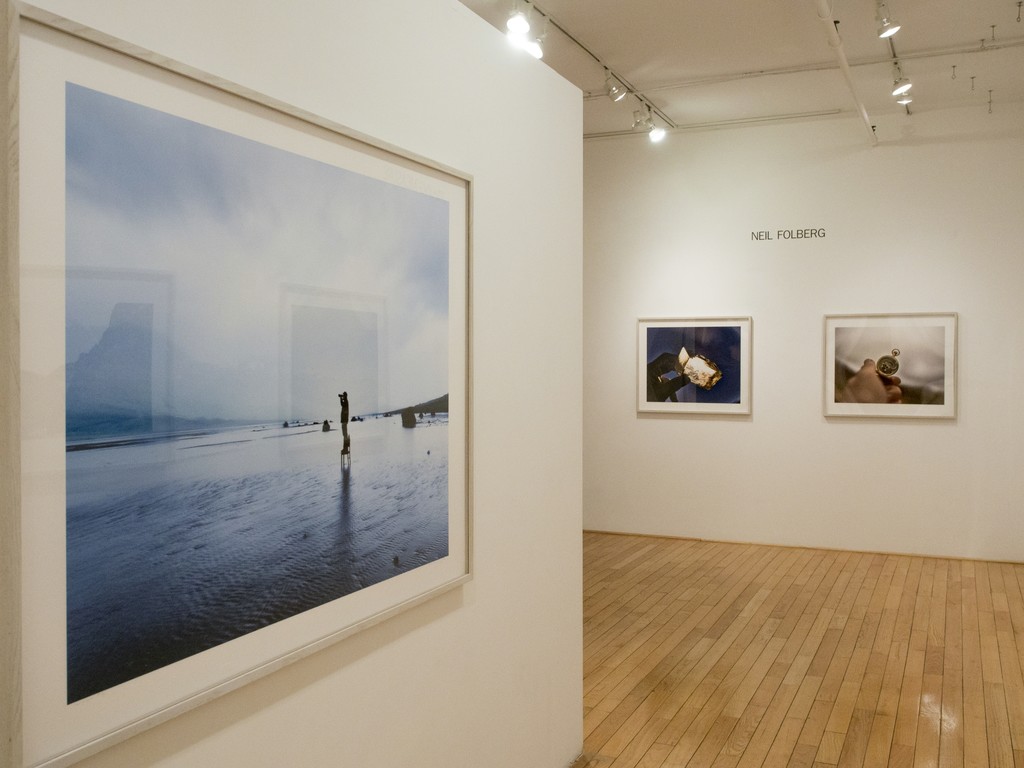 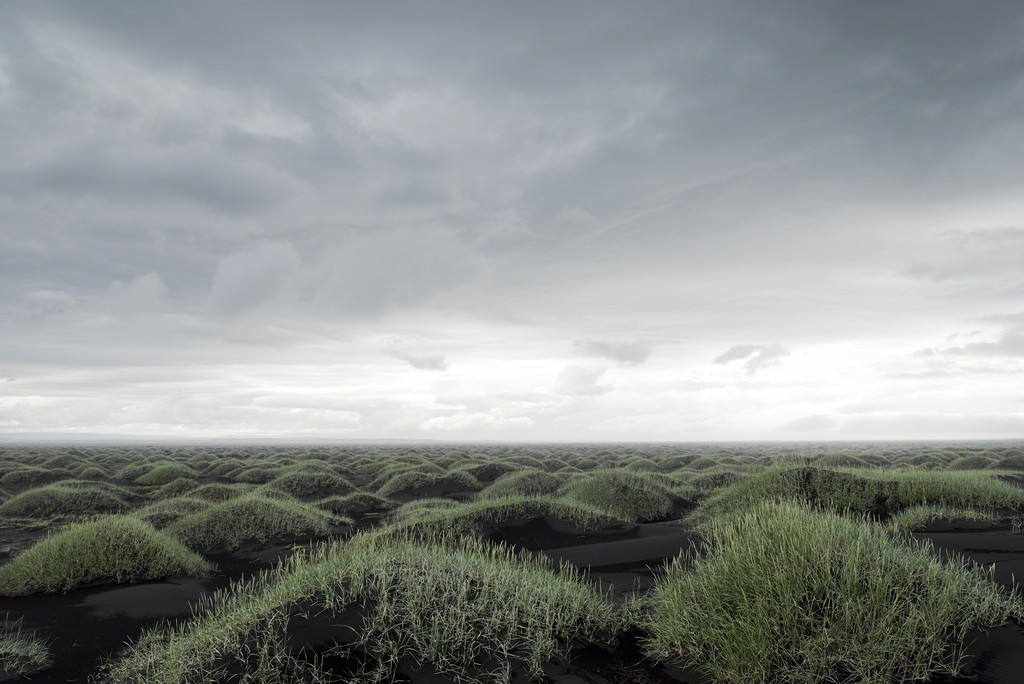 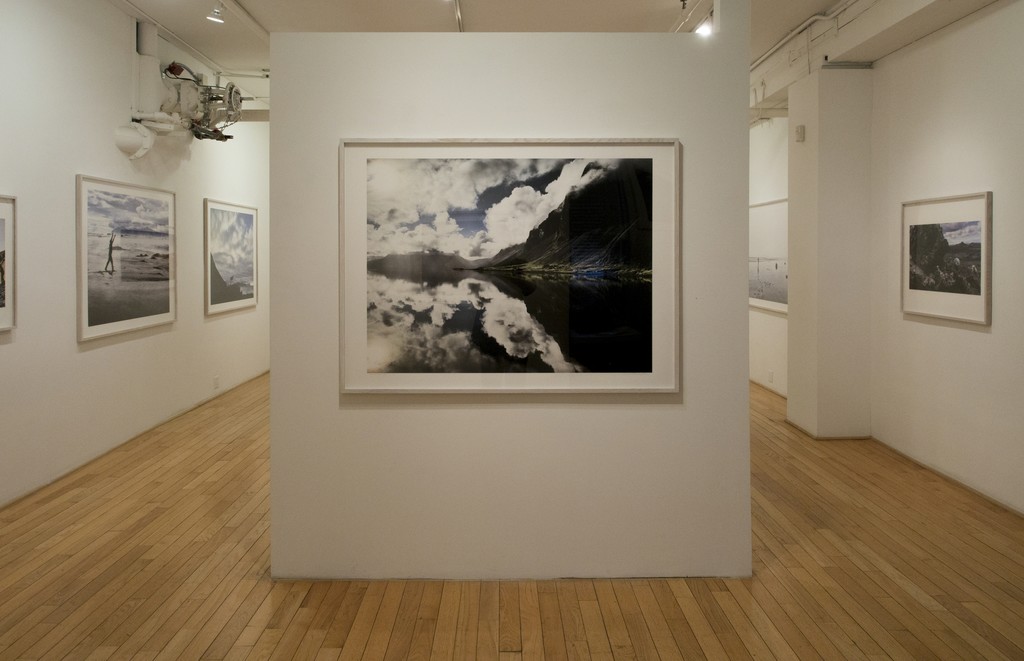 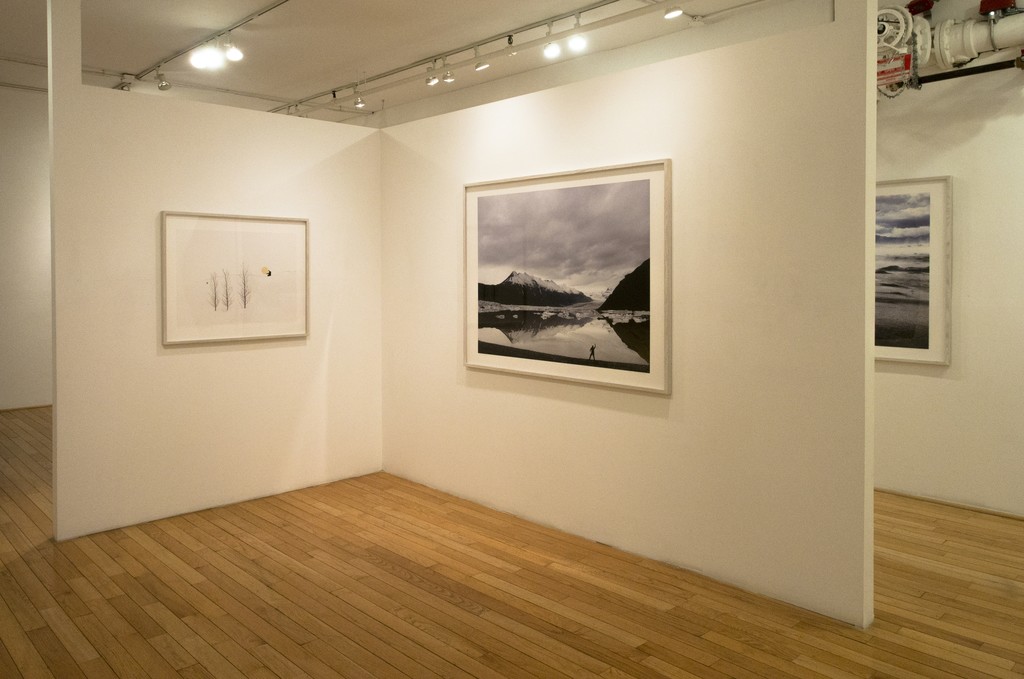 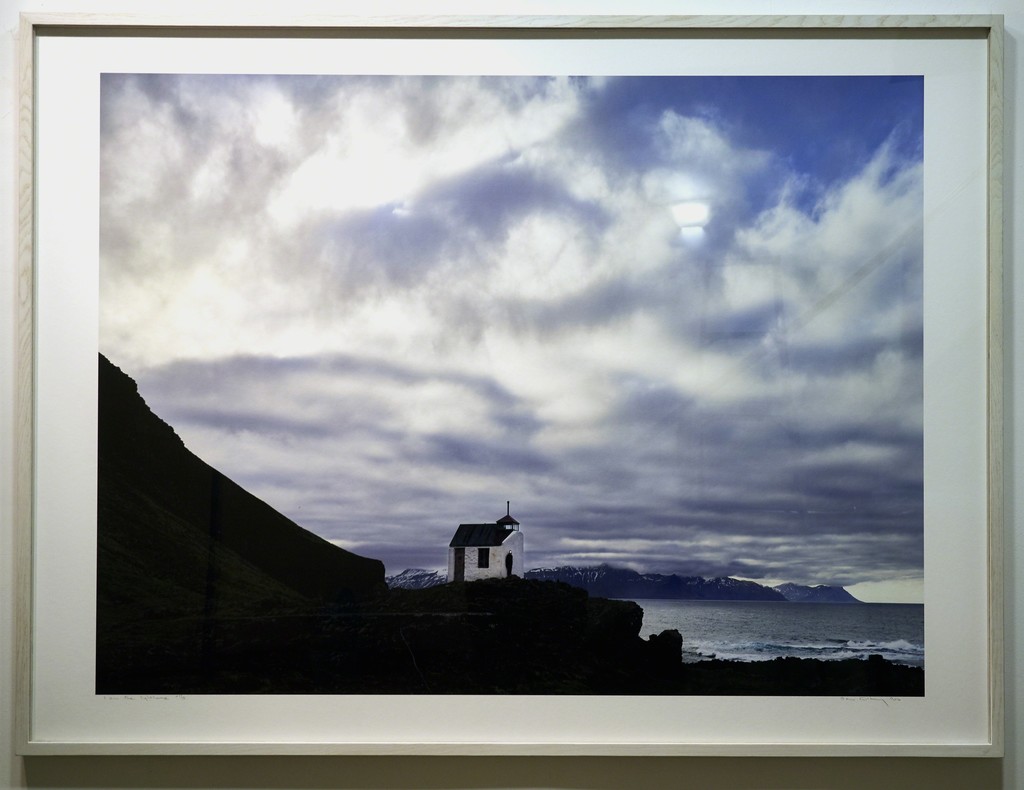 For the first time in his professional career, Folberg includes himself in the photographs. This shift signals a more direct assertion of a theme that in one way or another has continued throughout his work—the space where heaven and earth become one. Whether in the physical form or in a more symbolic one, Folberg’s images explore the limitless possibilities of life, our imaginations, and the universe beyond our reach.

Folberg traveled to the Faroe Islands in 2015 to photograph a solar eclipse. In doing so, he noted that while photographing it he experienced the enormity of such a natural phenomenon but was unable to see the full eclipse due to cloud-ridden skies. Prohibited from witnessing the eclipse due to weather conditions led him to investigate the balance, or imbalance, between man and nature—creation, transcendence, universality, and the impermanence of our existence. Clockwork Universe symbolically begins this journey, guiding Folberg to take measure along the way.

The artist’s presence inserts, both literally and figuratively, an element of control. Whether it’s man’s need to dominate nature, a photographer’s need to construct an image, or an artist’s need to understand the nature of the world in which we live, the desire to feed that knowledge is seen throughout this series. In Solar System a universe of multiple earth-like planets varying distances from a sun rests on volcanic rock formations and hints at the notion of creation. In contrast, Sunstone is a luminous image of a crystal Vikings used to determine the location of the sun with an acute degree of accuracy when it could not be seen. Here, it is the natural world that is the source of knowledge.

With a particular focus on the sun—the primary source of energy—Taking Measure narrows in on humanity’s relationship to the earth and the natural world. In both Raising the Sun on the Winter Solstice and Passing Shadow at Summer Solstice, the artist has presented himself as the controller of the source of light as well as a presence within the light. Folberg’s theme culminates in I Am the Lighthouse, where he is seen next to an unlit lighthouse with the sun hidden behind the clouds, yet another sun, bright and glowing, emanates from his face.