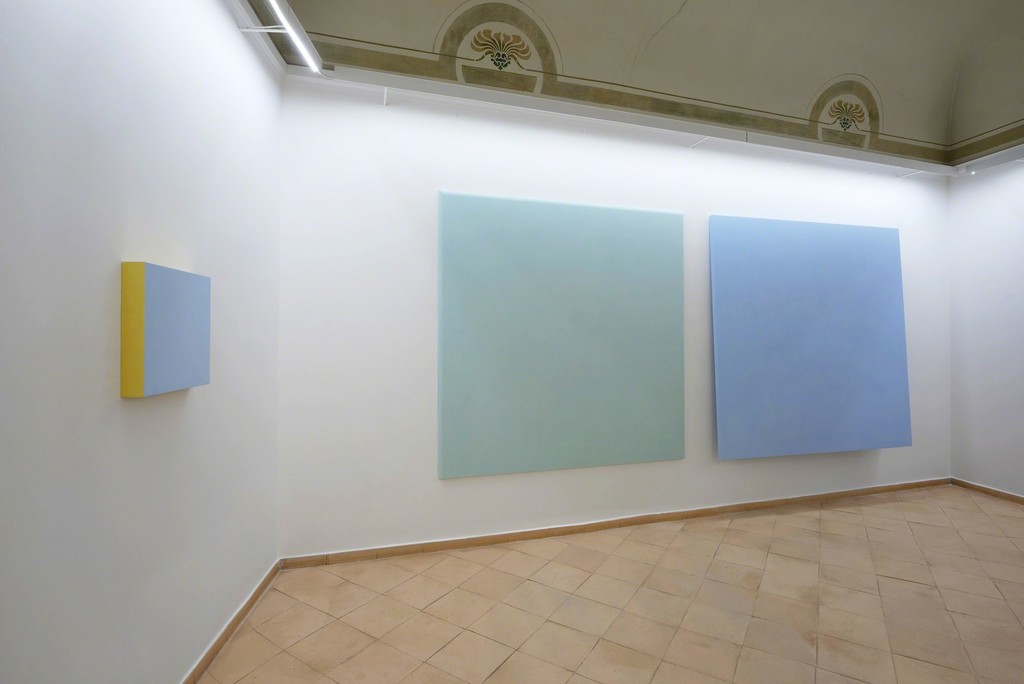 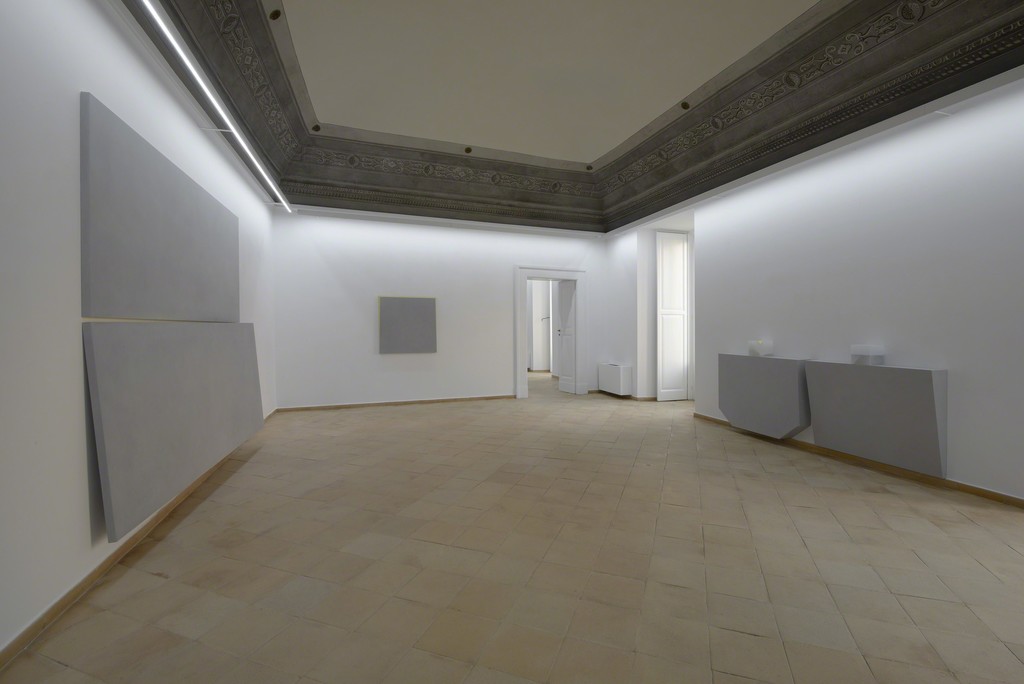 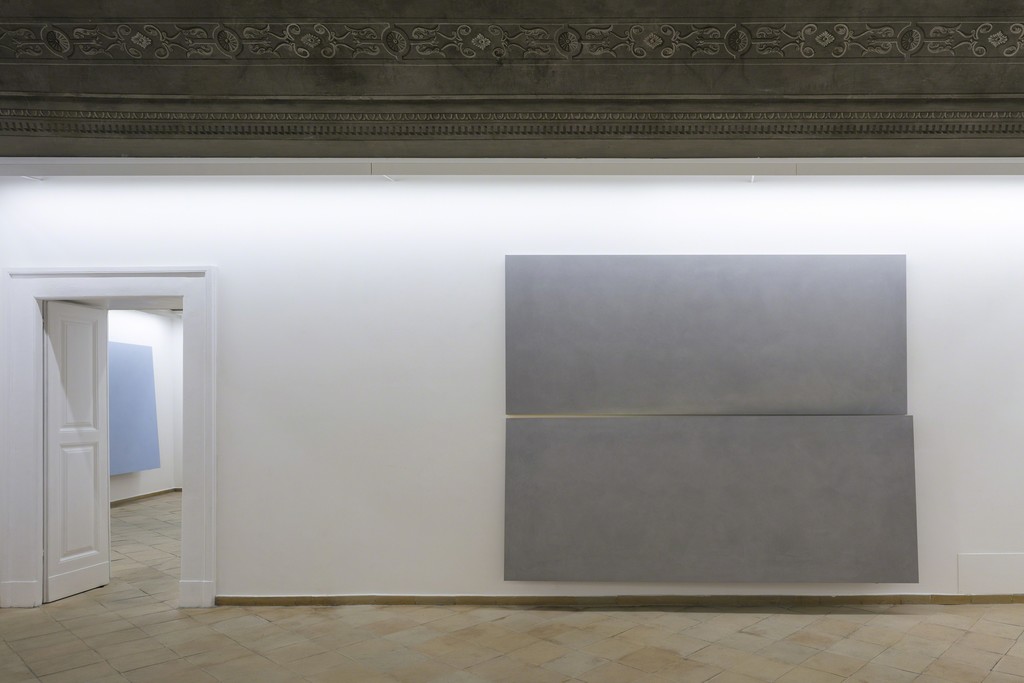 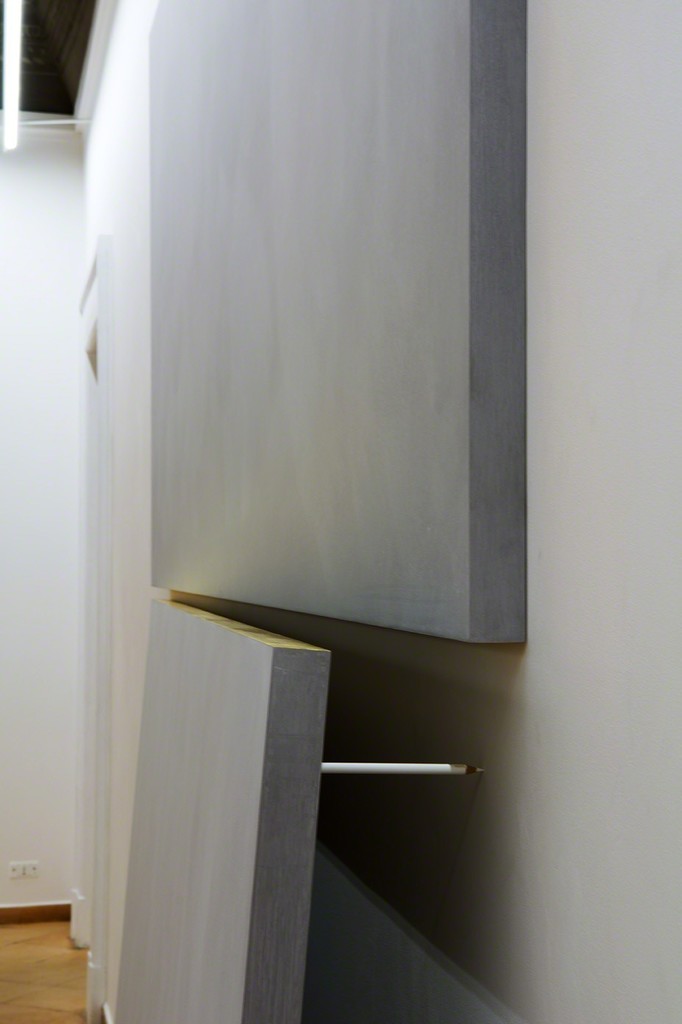 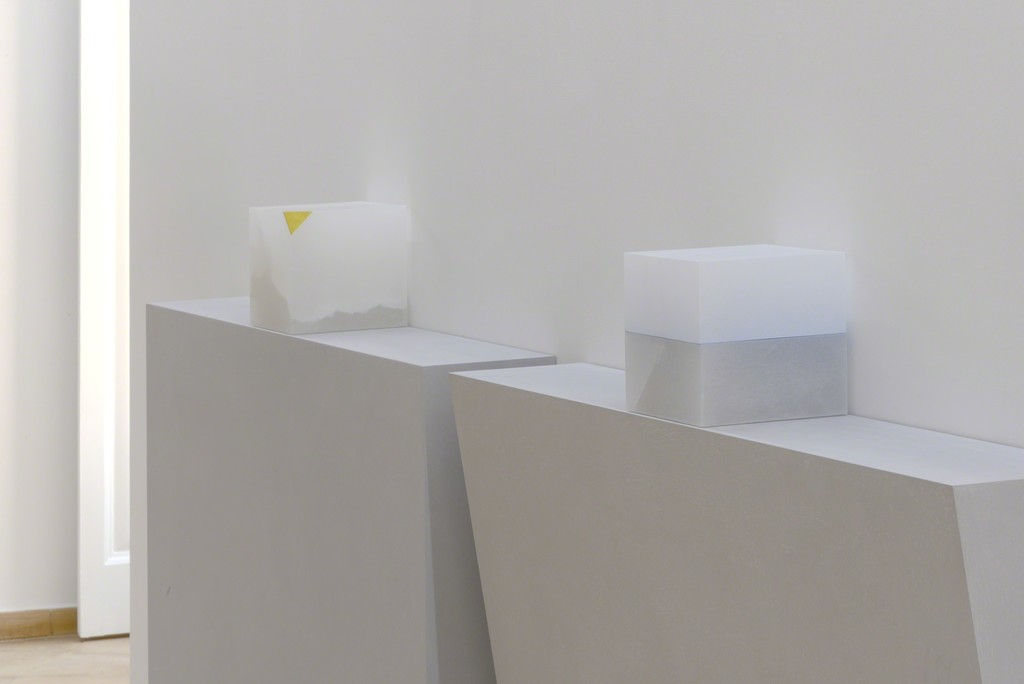 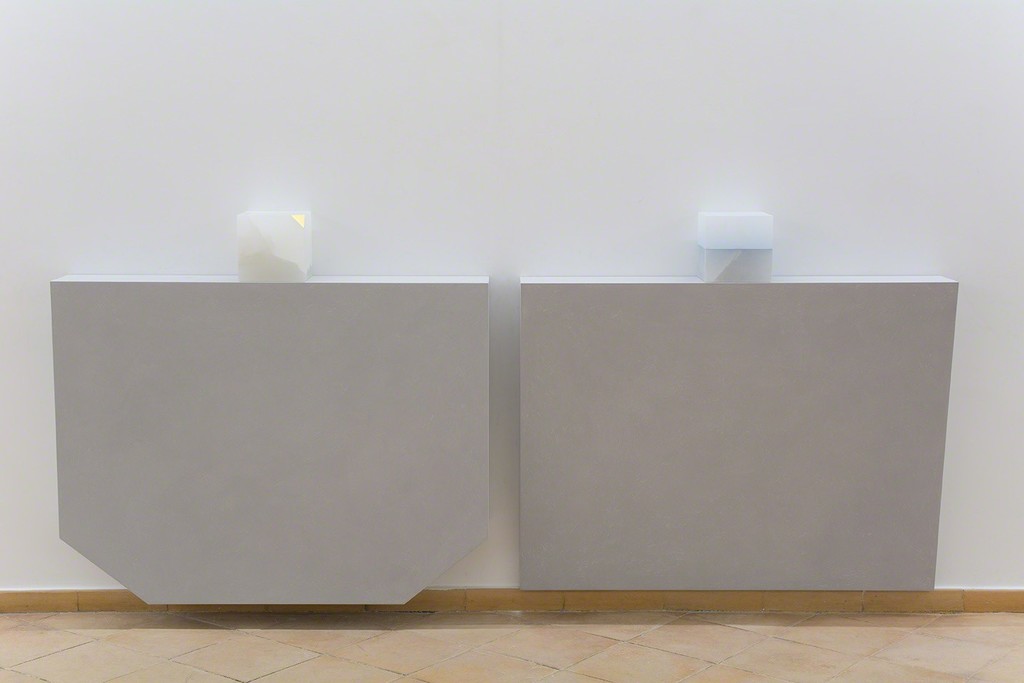 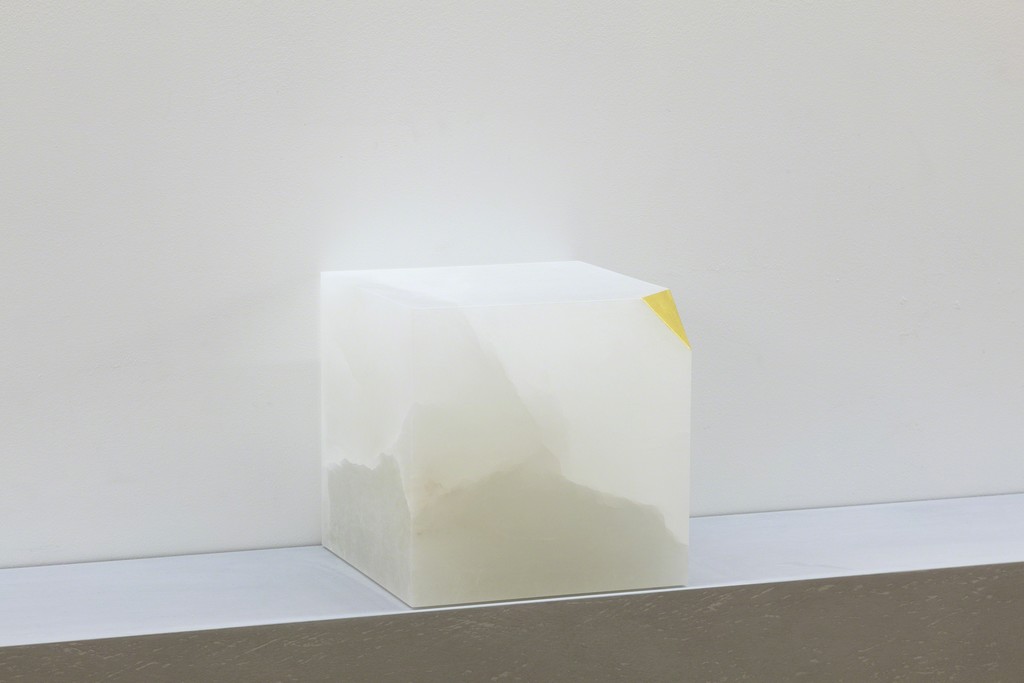 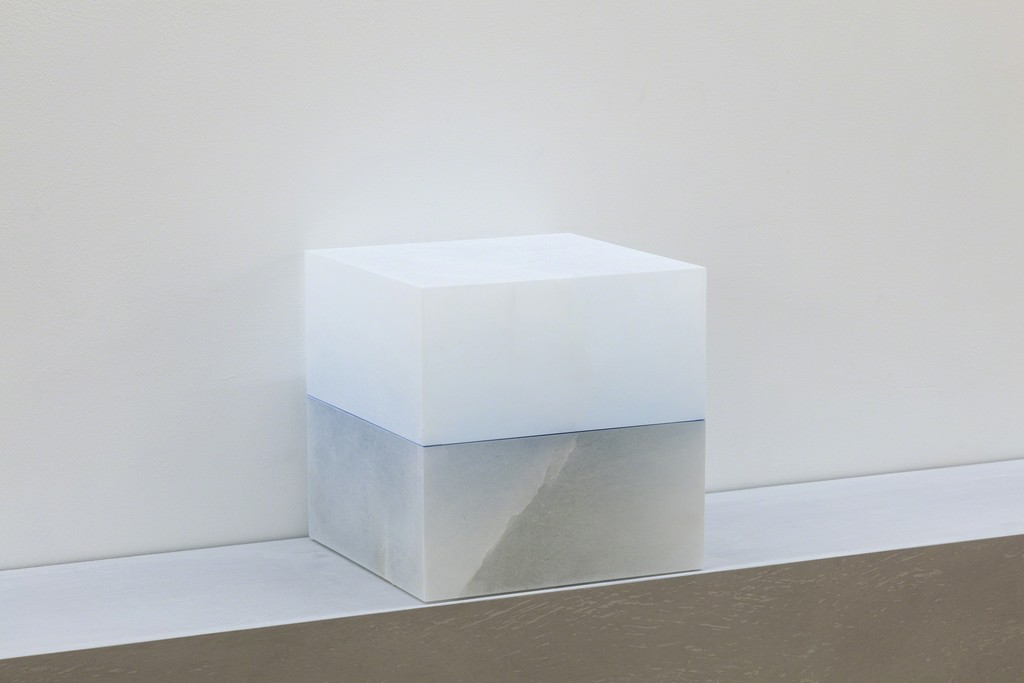 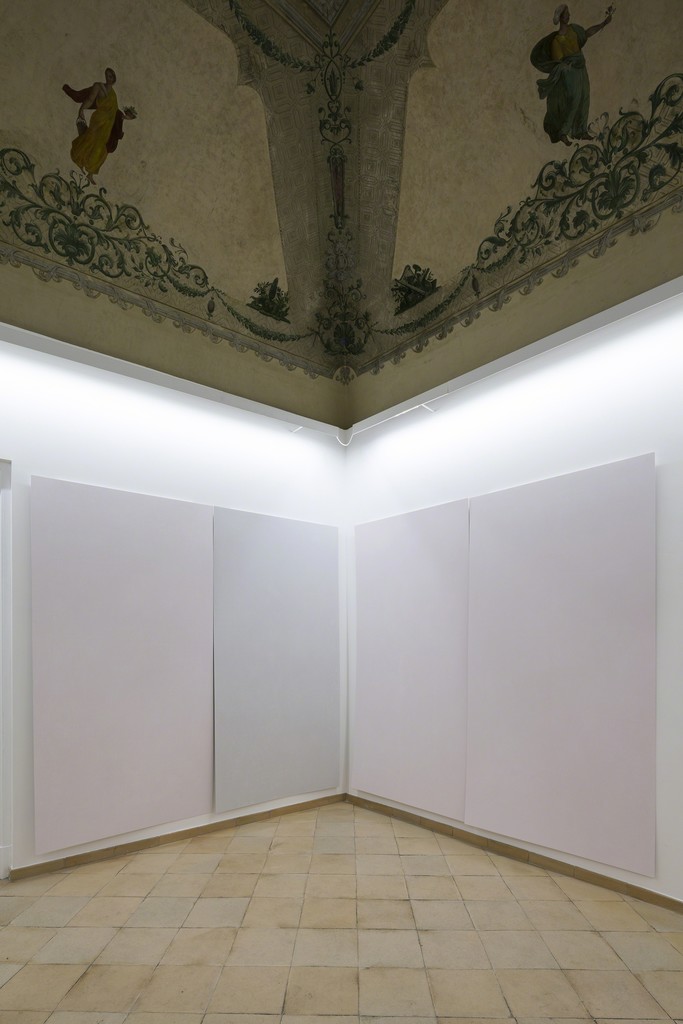 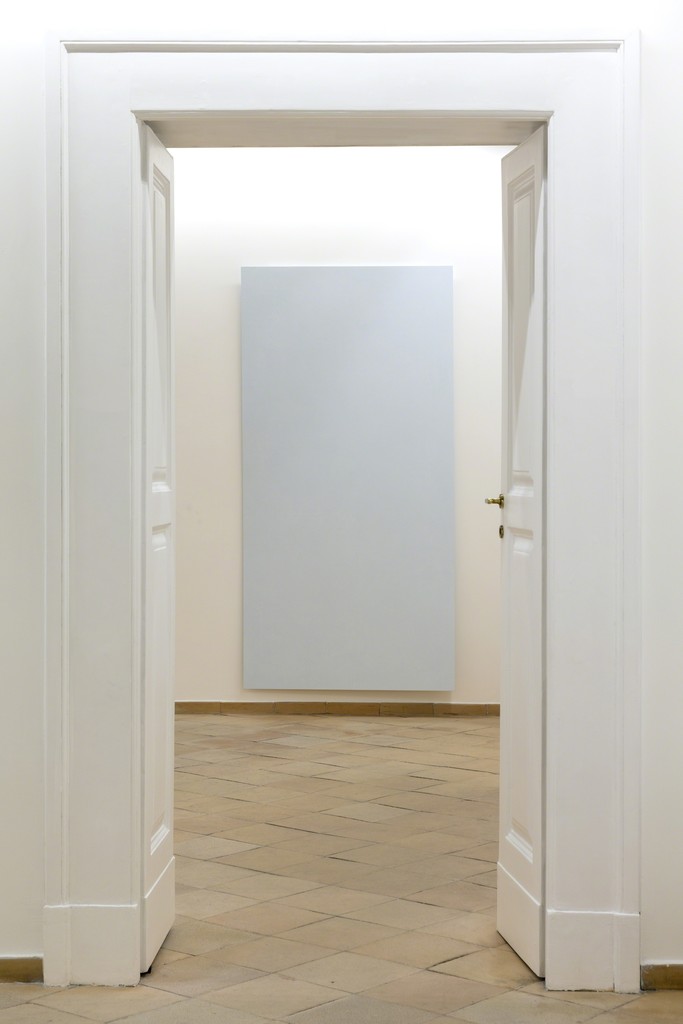 At 6:30pm on Saturday 6th May Vistamare will be inaugurating an exhibition of works by Ettore Spalletti
in the seventeenth-century rooms of the gallery in Largo dei Frentani.
“When you take a walk by the sea,
you see the azure becoming ever deeper
and, towards evening, all becomes silver,
the line of the horizon vanishes
and the sea weds the sky”
Ettore Spalletti
From the mid 1970s onwards Ettore Spalletti has dedicated himself to work that exalts the emotional
impact of colour, explored in both painting and sculpture. Spalletti’s artistic practice involves an entirely
manual elaboration of the surface (in the case of painting, a wooden support, but also marble and alabaster
in his sculptures), with many layers of pigment. From the apparent monochrome of his works there
emerges a colour drenched in texture and in light, blending harmoniously into the surrounding space.
His pictorial surfaces have, in fact, a very physical relationship with the exhibition space, to the extent of
renouncing their own integrity, overflowing the borders of the picture frame or their pictorial supports
protruding outwards to straddle the boundary between painting and sculpture. His sculptural work
presents powerfully succinct geometries that often allude to recognizable images (columns, vases and cups
– the archetypes of sculptural language).
At Vistamare Spalletti will be presenting some of his most recent works – Muro, azzurro (2016), Come
l’acqua (2016), Grigio oro, orizzonte (2016) – together with earlier pieces including Scatola di colore (1991)
and Così com’è (2006). The walls of one of rooms will be ‘disrupted’ by a work entitled Carte, thin panels
of wood in large formats, painted front and back and moving freely – a work that reprises aspects of his
earliest coloured “carte” which were made in 1974.
Ettore Spalletti was born in 1940 in Cappelle sul Tavo (Pescara), where he still lives today. His works
have been presented at Documenta in Kassel (1982, 1992), at the Venice Biennale (1982, 1993, 1995,
1997) and in solo exhibitions in Paris (Musée d'art moderne de la Ville de Paris, 1991), New York
(Guggenheim Museum, 1993), Antwerp (Museum van Hedendaagse Kunst, 1995), Strasbourg (Musée
d'art moderne et contemporain, 1998), Naples (Museo nazionale di Capodimonte, 1999), Madrid
(Fundaciòn La Caixa, 2000), Leeds (Henry Moore Foundation, 2005), Rome (Accademia di Francia,
Villa Medici, 2006) and Kleve (Museum Kurhaus, 2009). In 1996 he created the Salle des dèparts for
l’Hôpital Poincaré in Garches near Paris, a permanent installation of particular emotional intensity. In
2014 his work was the focus of a joint project uniting three museums, the MAXXI in Rome, the GAM
in Turin and the Museo Madre in Naples, all three exhibitions bearing the same title: un giorno così
bianco, così bianco. In 2016, together with the architect Patrizia Leonelli, he designed the chapel at Villa
Serena in Città Sant’Angelo in the province of Pescara, a space in which the visitor seems immersed in
colour, as though standing inside a fresco.