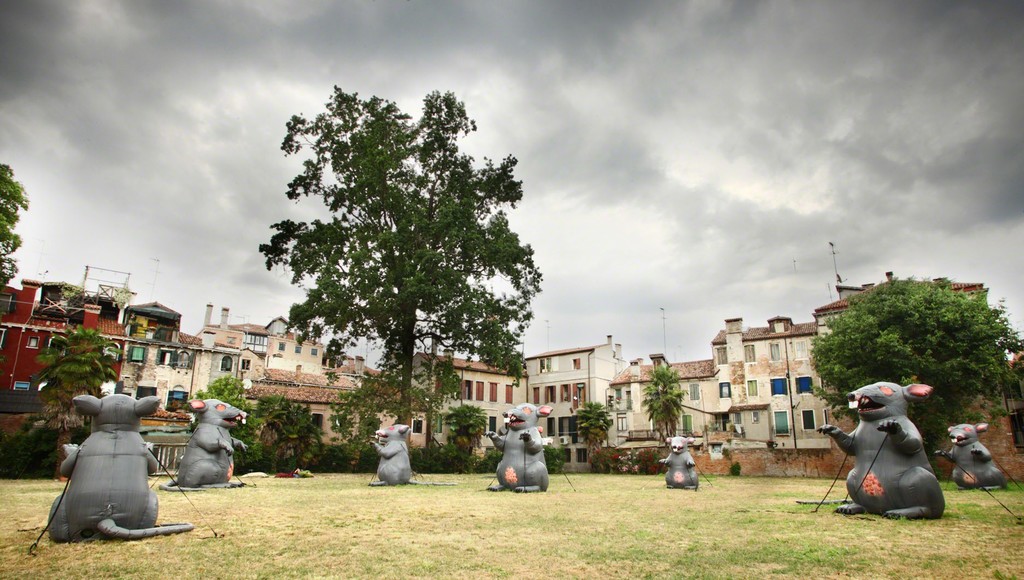 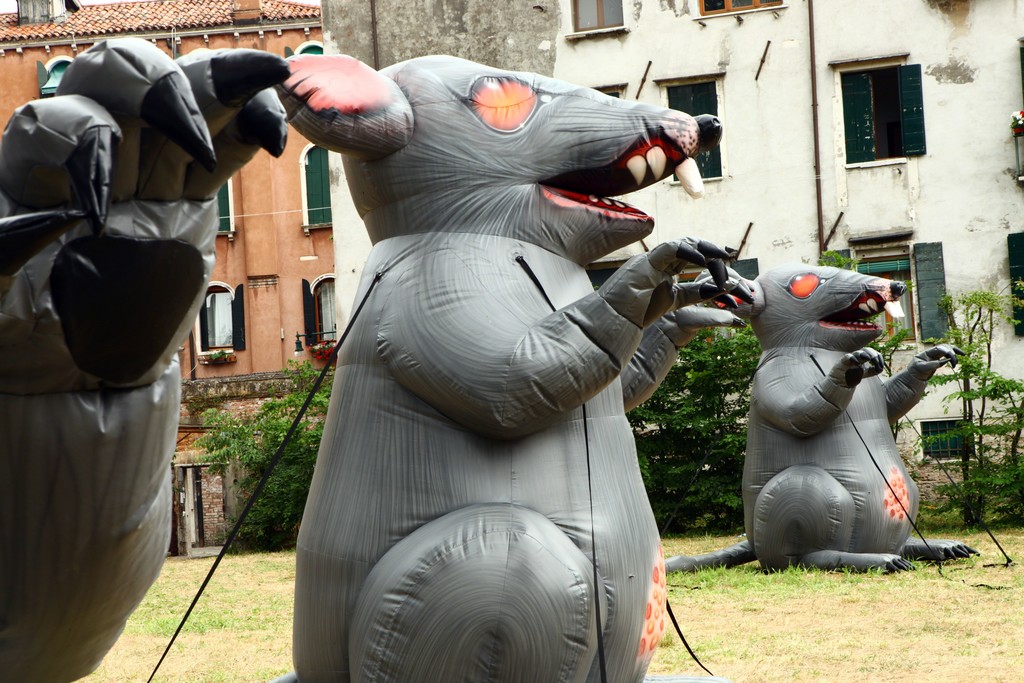 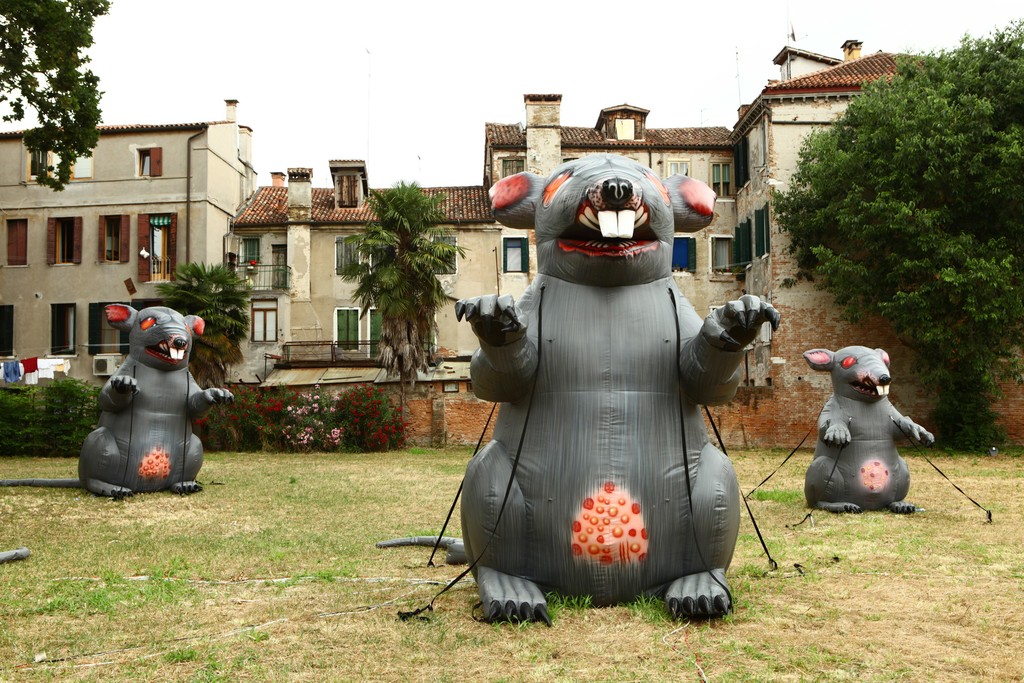 Walking is failing to fall, over and over again. – Bruce High Quality

Works in the show include Las Meninas/Las Meninas, a new series of paintings in silver and black; The Apology, an installation of animatronic inflatable rats; and Art History with…, a series of pedagogical videos created over the past several years.

In the series, Las Meninas/Las Meninas, the Foundation pits Velazquez’s masterpiece against a staged photographic portrait of the Foundation’s first studio. Both works identify the position of the viewer by way of a small mirror toward the background of the space. In BHQF’s image the king and queen from Velazquez’s work have been replaced by the photograph’s camera. These alternating images create a vibration of history, mirroring the dialogical conundrum of the original painting. Using a six-panel grid of silkscreens, the paintings conjure the melancholic irony of Warhol’s Disaster series (1962-64), but with a renewing sense of trans-historical empathy. Further, the flattening fold seams suggested by the grid subjugate the images’ capacities for illusion while, paradoxically, reconciling them within the history of images.

The Bruce High Quality Foundation was founded September 11th, 2001 and is based in New York City.

As a cutting edge news and information company, Bloomberg has long championed innovation and has established an international reputation for supporting artists and arts organizations that push beyond conventional boundaries both artistically and in terms of reaching new audiences. Bloomberg is delighted to partner with The Bruce High Quality Foundation on this unique installation for Venice Biennale 2011.