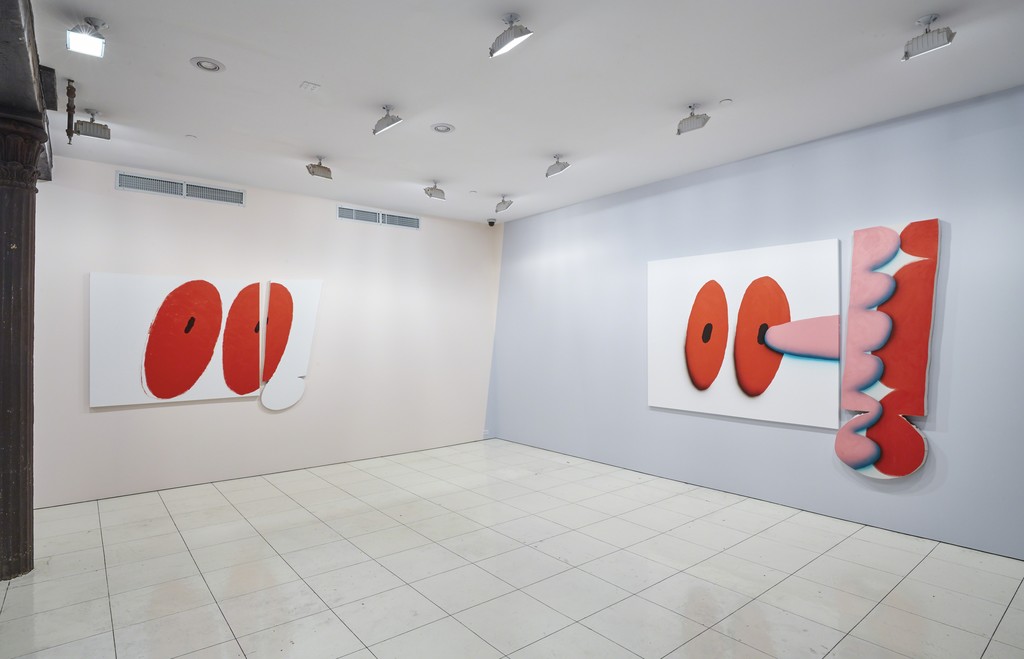 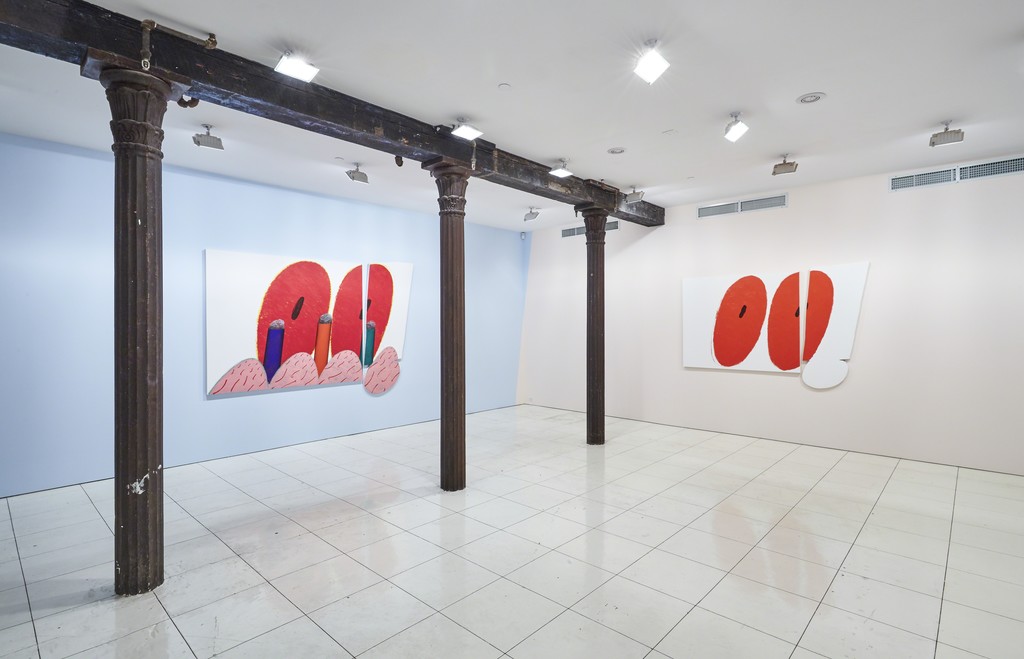 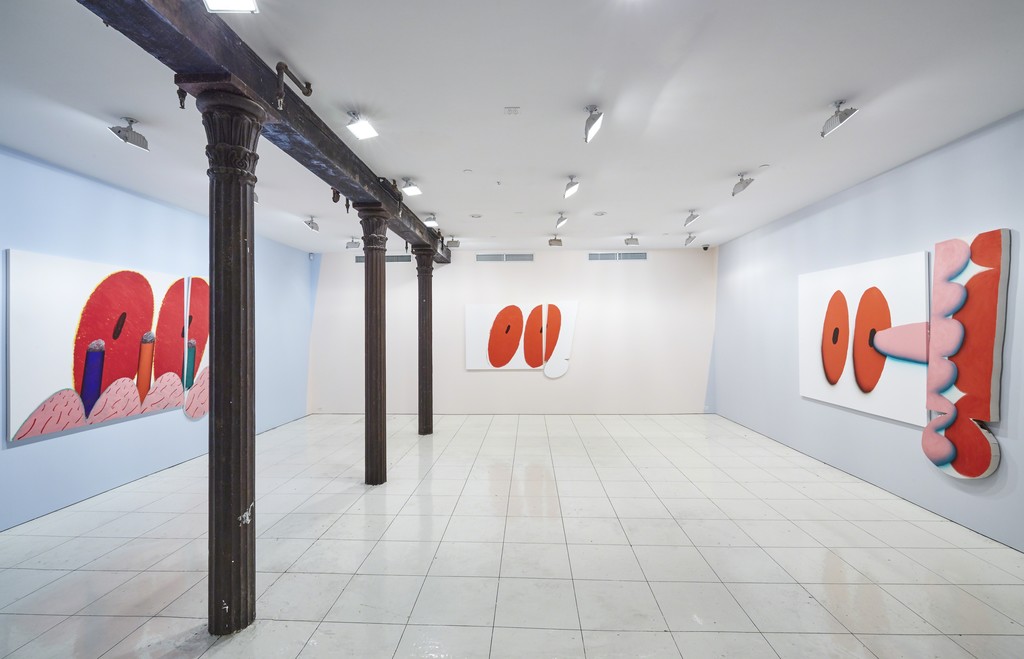 Emphatic times call for emphatic paintings. To look at these pictures, and to meditate on them, will be of benefit to many who, like the character depicted in them, live in a human skin, and like this character, ask more of life than a piece of bread and butter. The character leans and the pictures lean and we lean in the sense of our yearning. And as leaning is a form of yearning, pointing is a form of seeing. The eyes are the intersection of the body and consciousness, the place where yearning becomes material. Then again, it’s possible the character leans not emphatically but out of fatigue. A small man can be just as exhausted as a great man. Remember Willy Loman: “You can’t eat the orange and throw the peel away - a man is not a piece of fruit.” And eight hours are not a day! And while we’re at it, we don’t want other people poking into our artist pies! And yet who among us doesn’t yearn the death of a salesman? America is a place where people survive by selling each other hot dogs. That is the pleasure and the pain of our slapstick, where yearning and fatigue are constantly poking each other in eye.