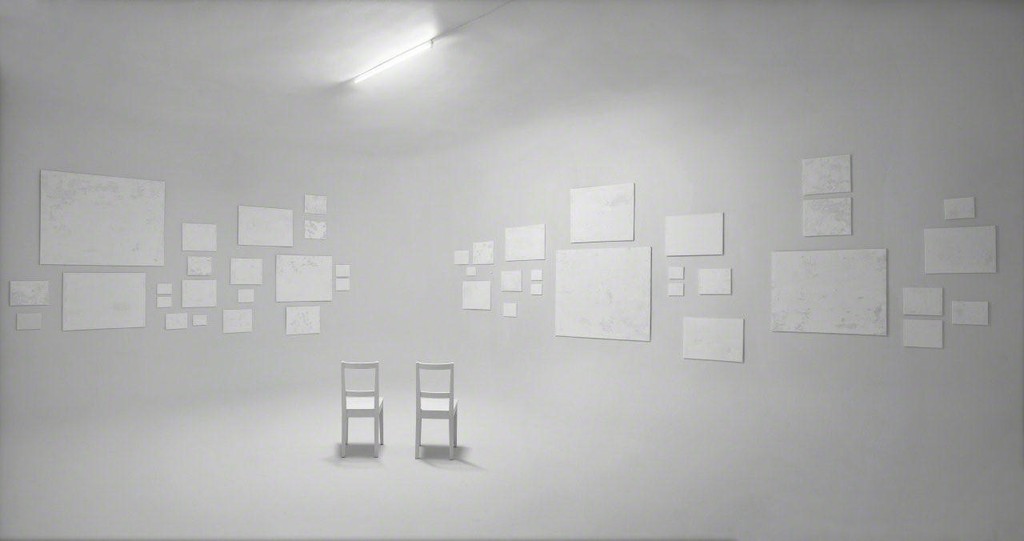 October 28, 2008 – New York, NY - Vito Schnabel is pleased to present new works by artist Terence Koh with a private opening on November 12, 2008 at photographer Richard Avedon’s former studio at 407 East 75th Street in New York City. The exhibition is comprised of approximately thirty paintings that mark the artist’s debut in this medium, and will be viewable to the public from November 13, 2008 – February 15, 2009. The space was selected for its permanently installed cyclorama, in which the corners of the room have been rounded to intentionally distort a viewer’s perspective; this show commemorates the first time that these studio doors will open to host another artist’s work.

Koh is a Chinese-Canadian artist who has exhibited throughout the United States and abroad. His work has been the subject of several major solo exhibitions, including: Love for Eternity, a mid-career retrospective at Museo de Arte Contemporáneo de Castilla in Leon, Spain (2008); Captain Buddha at Schirn Kunsthalle in Frankfurt, Germany (2008); Dirty Blind God at Phillips de Pury & Luxembourg in Zurich, Switzerland (2008); Blame Canada (with Bruce LaBruce) at Peres Projects in Berlin, Germany (2007); and Terence Koh at the Whitney Museum of American Art in New York (2007).

Koh is celebrated for his dramatic, monochromatic sculptural installations and performance art, and founded his career with handmade books, ‘zines and prints. Art writer Mark Speigler explains in New York magazine that “what intrigues curators and collectors is that with each installation, [Koh] is constructing an idiosyncratic and visually stunning universe.”