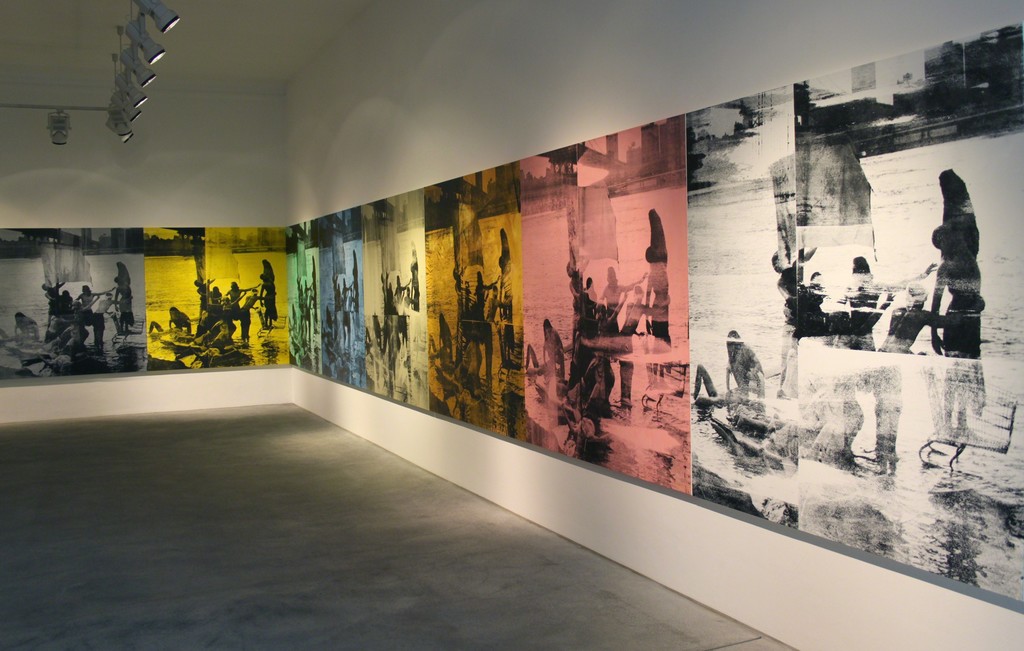 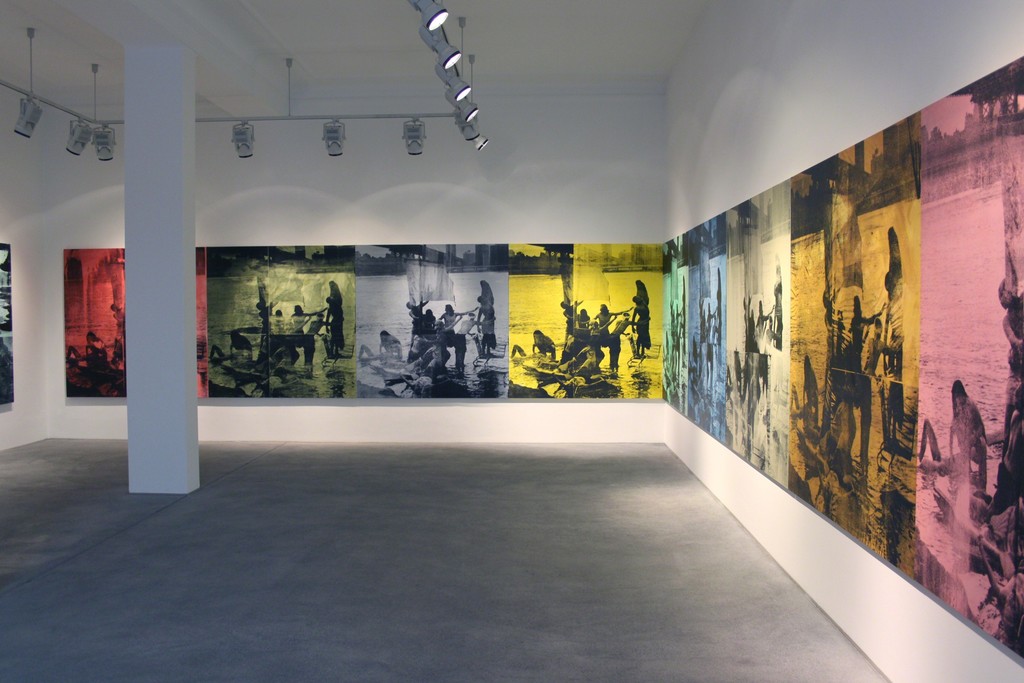 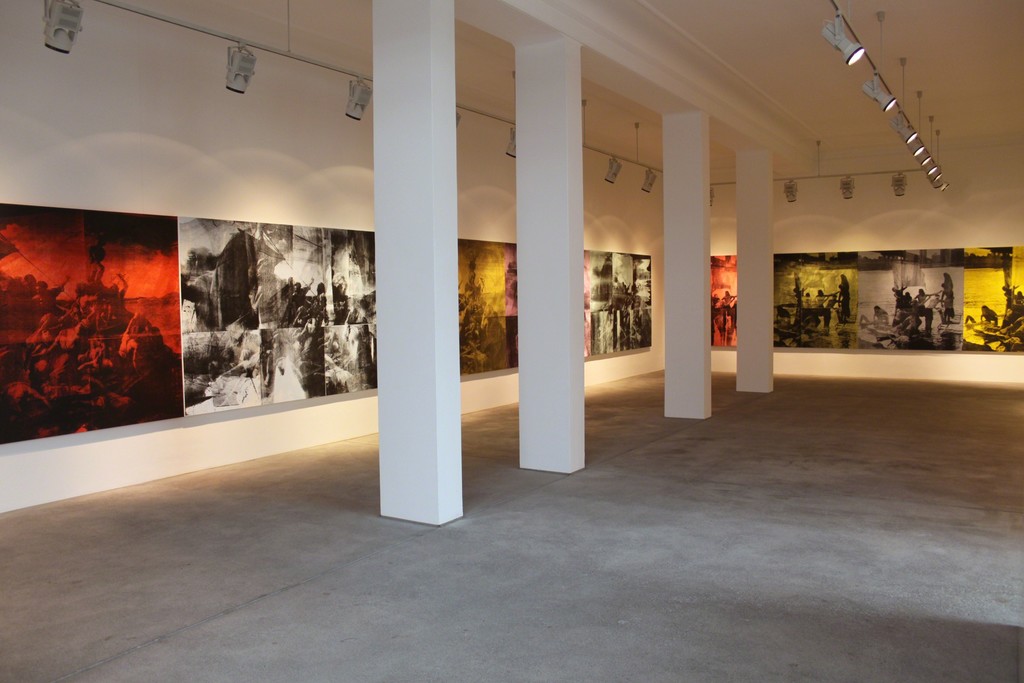 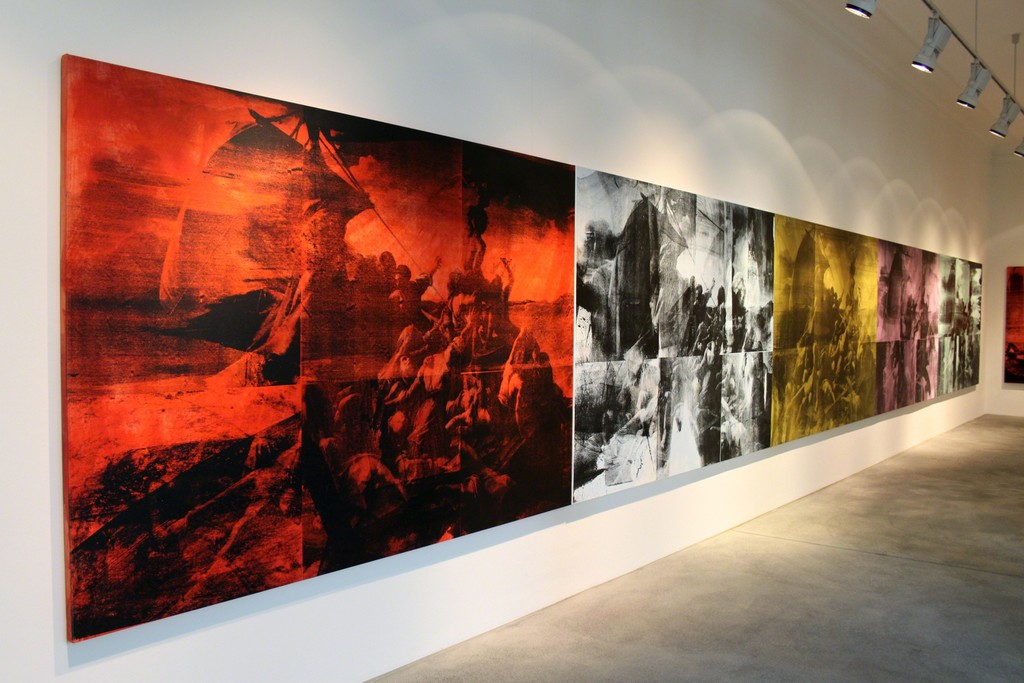 Vito Schnabel and Galerie Bruno Bischofberger are pleased to announce an exhibition of new works by The Bruce High Quality Foundation, “The Raft of the Medusa / Le Radeau de la Méduse.”

"The Raft of the Medusa / Le Radeau de la Méduse" is a new series within the larger body of the Foundation’s work, “History Paintings.” These works recast early photographs made by the Foundation – images created through a highly unstructured, playful, collaborative model – through a Warholian factory model of gridded silkscreen on hand painted color fields.

"Raft of the Medusa" is a 2004 photograph by the Foundation depicting a group of young anonymous artists on a makeshift raft in the East River. Either setting sail to Manhattan or landing in Brooklyn, the image, according to critic Maxwell Heller, “revel(s) in that moment on the limns,” when the Foundation was first gaining recognition.

"Le Radeau de la Méduse" is an 1818 - 1819 painting by Théodore Géricault depicting the abandoned survivors of the wreck of the naval frigate Méduse. At the top right of the painting is the distant brig Argus, which would eventually save fifteen passengers. But on the left hand side of the canvas a wave threatens to end it all. Géricault’s timely political theme and bold depiction of death earned him wide recognition.

In this new series, these two images have been converted into silkscreens and sequenced in an alternating pattern. The Foundation thus collapses several models of collaborative practice: the survivalist anarchism of the original raft, the playful anarchism of their own practice, and the ironic factory of Warhol.

Also on view is "Hell Freezes Over", a work made of a refrigerator, dolly, and television with video loop. The loop sequences found footage to deconstruct the notion of preservation as both a human instinct and museological mandate. Conceived as part of The Bruce High Quality Foundation’s ongoing body of “Portable Museums,” "Hell Freezes Over" functions as a retaliatory metaphor of museographic responsibility.