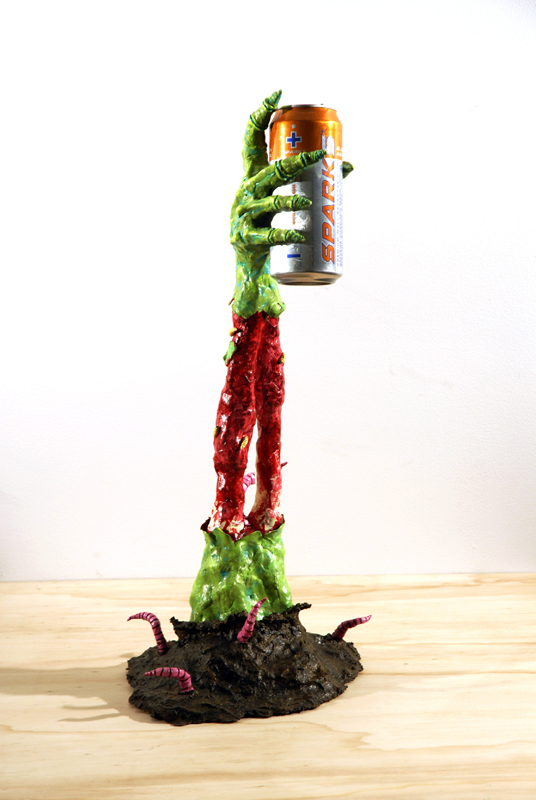 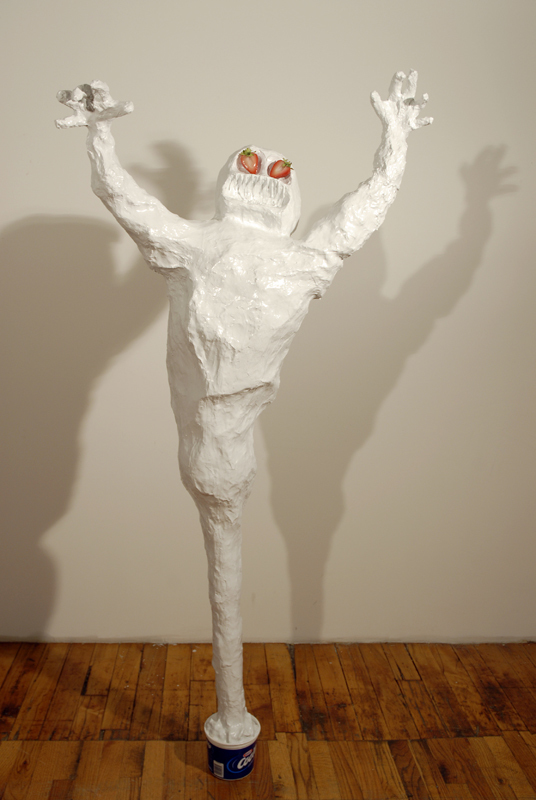 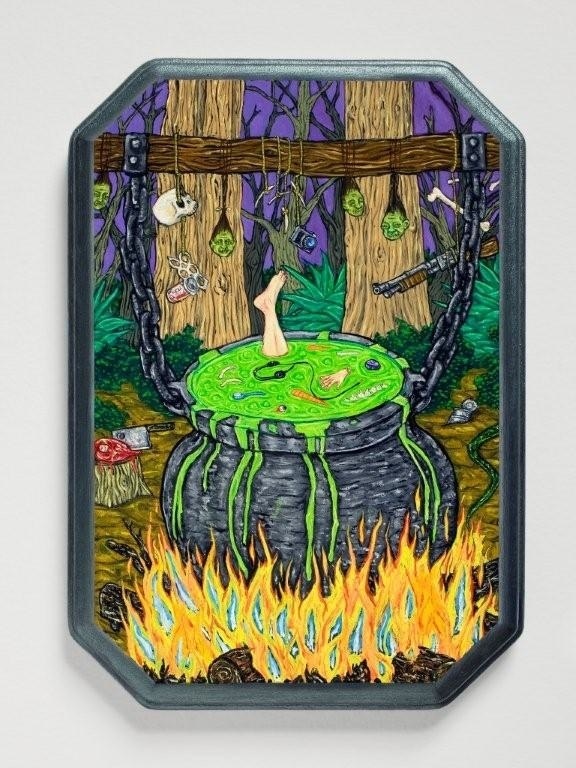 June 5, 2009 – New York, NY and London, UK - Vito Schnabel and 20 Hoxton Square Projects are pleased to present "I Didn’t Know There Was Chicken in This Soup", an exhibition of works by artist Theo A. Rosenblum at 20 Hoxton Square in London, with an opening reception on June 24, 2009. The exhibition consists of paintings, sculptures and a group of drawings that comprise the artist’s first solo show. It will be viewable to the public from June 24 – August 1, 2009.

Rosenblum’s work is about the natural order of the world, and artificial replications and interruptions of that order by mankind, particularly with regard to his own skepticism and fear of science trying to improve upon nature. He is influenced by comic books, horror films, medieval art, and allegorical painting. Rosenblum’s work parodies the world around us and offers a visceral thrill, which provokes an immediate reaction and serves as a draw that allows us deeper entry into the work. Rosenblum first envisions an expected interaction between two related objects, which he then disrupts, in the way that culture or science would disrupt a natural interaction, or nature would disrupt a manmade interaction.