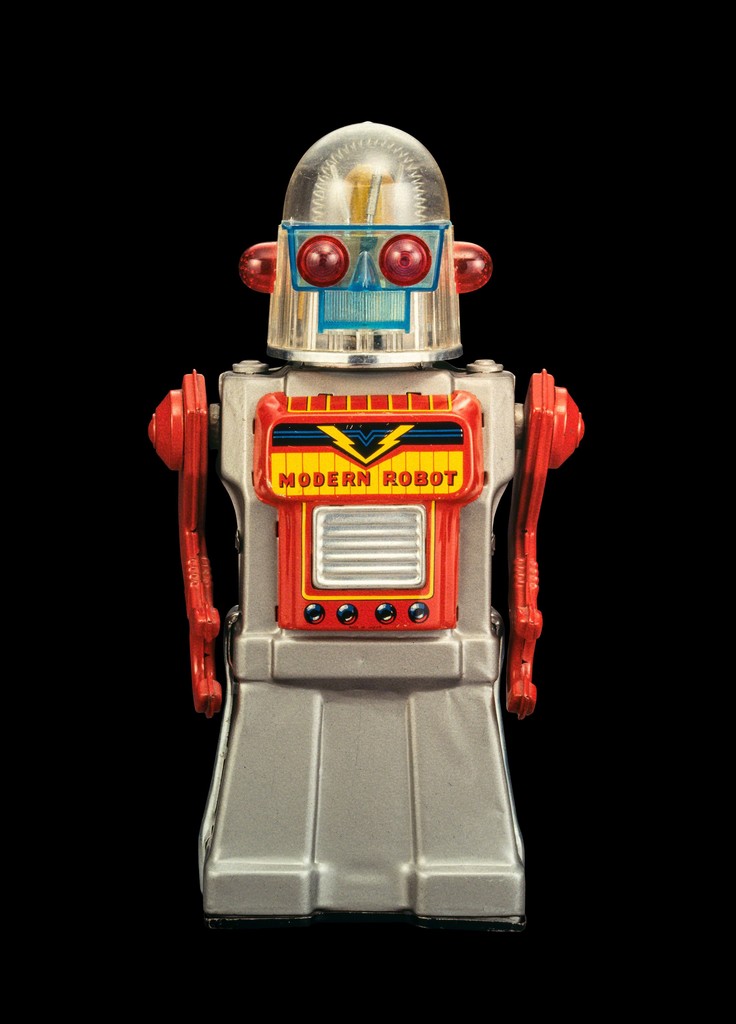 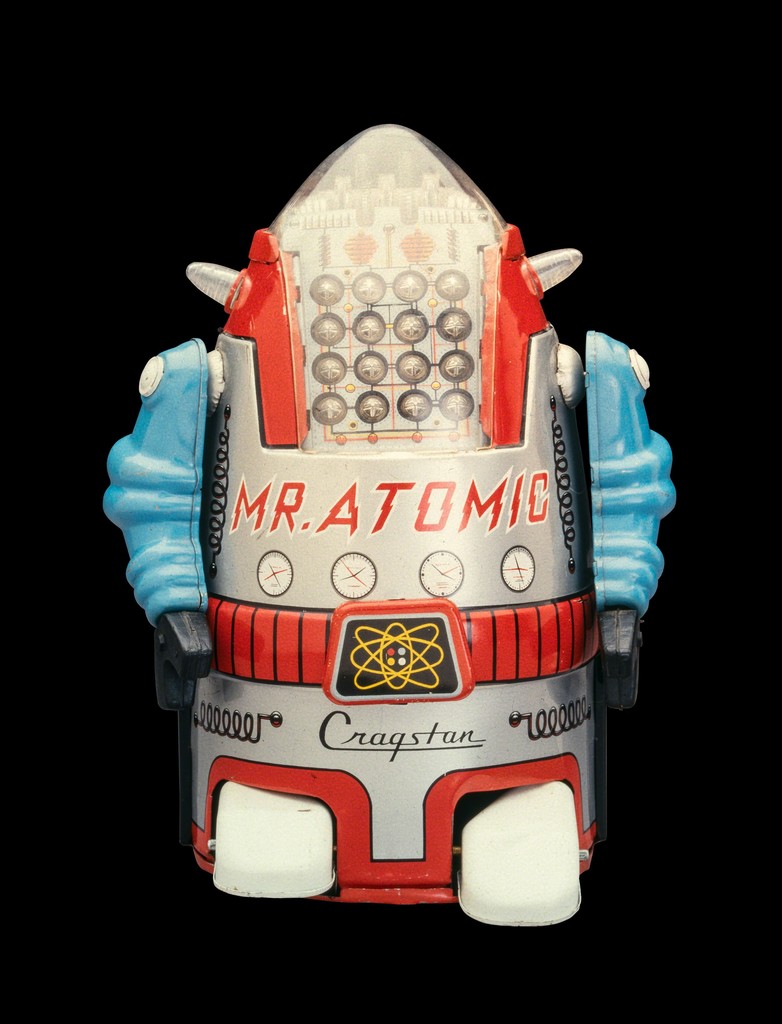 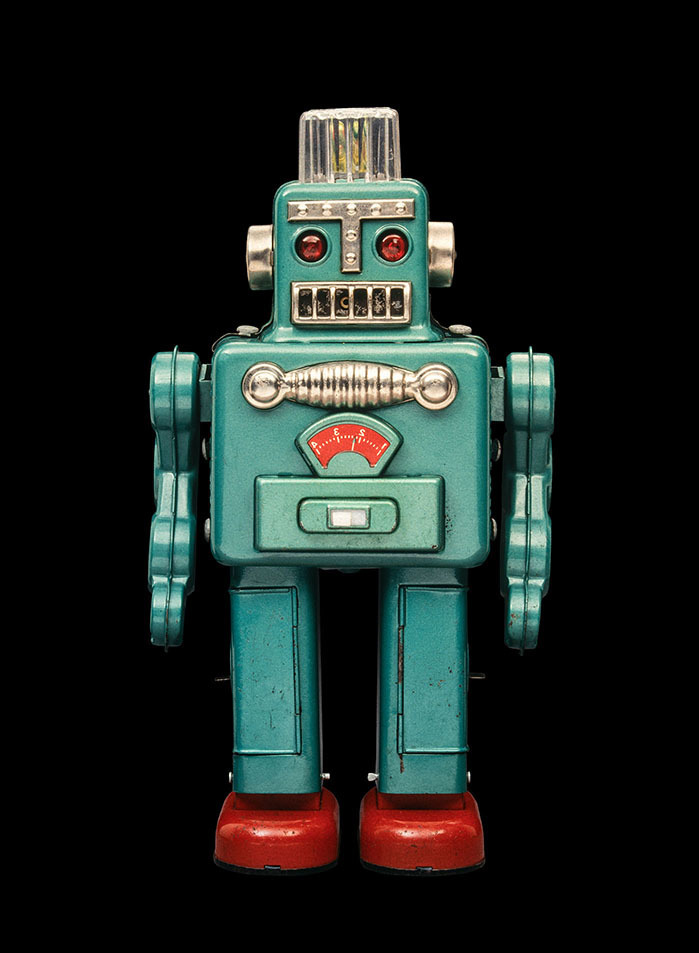 The Vitra Campus has a new exhibition space: in one of the houses at the southern entrance, a Black Box has been installed which holds the collection of international toy robots belonging to Vitra Chairman Emeritus Rolf Fehlbaum. The presentation encompasses robots and figures of astronauts from the years 1937 to 1968. Many of them bear witness to the technological optimism of an age, when robotics and space travel were still largely fiction. Some of the selected objects are shown with the original packaging, which is often no less spectacular than the artefacts themselves. A number of the robots are seen in motion on video screens, while others are exhibited on turntable displays. The staging of the objects draws the viewer into a dark, minimalist dream world. The exhibition was conceived in collaboration with Fifo Stricker, Rolf Fehlbaum’s friend and fellow collector. Dieter Thiel designed the architecture of the Black Box, and the scenography was developed together with French designer Ronan Bouroullec.

Visitors can experience the Black Box exclusively as part of a public guided tour. Registration: [email protected]. Guided tours in German take place at 2 pm on every third Sunday of the month.