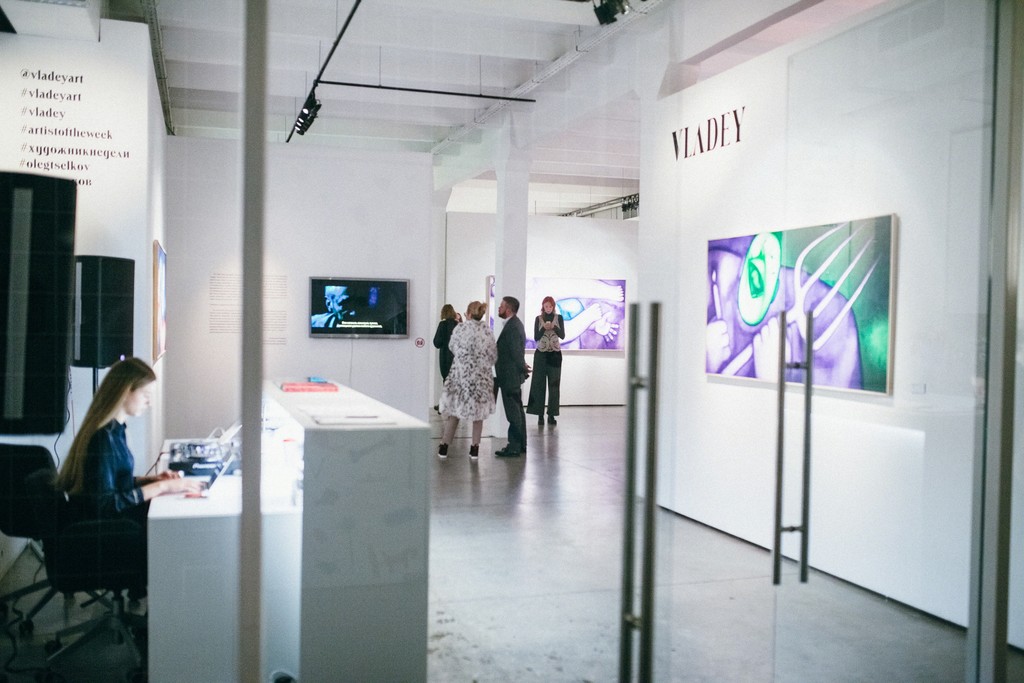 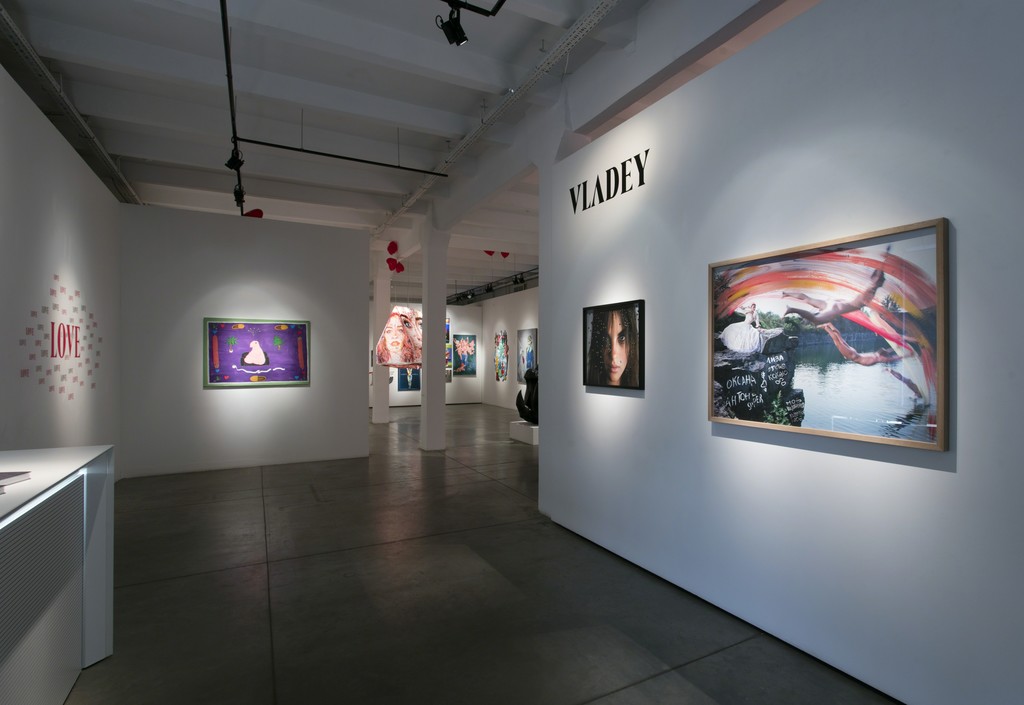 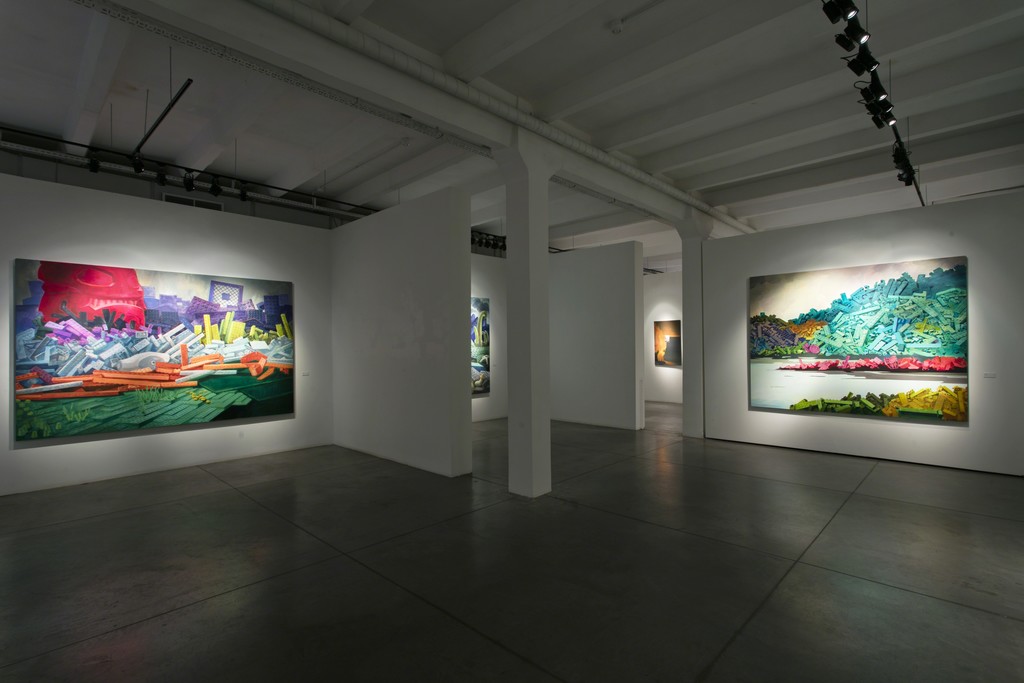 VLADEY presents the collection of the best works by Russian artists for amateur and professional collectors at COSMOSCOW 2017. The exposition covers the whole spectrum of contemporary Russian art – here classics of contemporary painting coexist with young, but already well-known authors.
One of the central places in the exposition is dedicated to the unique canvas of the legendary nonconformist Oleg Tselkov. The work «Flush toilet and Agave» was created in 1956, several years before the painter found his main character – generalized image of all mankind in the form of expressive and energetic «mugs».
A rare abstraction «Popuri» by Semyon Faibisovich, painted in 2015 – is an unquestionable VLADEY stand exclusivity. The triptych with flickering, flowing into each other colors, with a special space and color, discord with the recognizable photorealistic paintings of the artist, working, as a rule, with specific images.
The latest work by Pavel Pepperstein «Europe» (2016) from the series «The Resurrection of Pablo Picasso in the Year 3111» arrived directly from the artist’s multi-genre exhibition at VLADEY Space. In the beginning of the year 2017, it was exhibited at Pavel’s personal exhibition in the Swiss museum Kunsthaus Zug.
A major section of the VLADEY exposition is dedicated to eminent artists who announced themselves in the late 20th early 21st century, among them: Alexander Vinogradov, Oleg Golosiy, Dmitry Gutov, Konstantin Zvezdochotov, Alexey Kallima, Vladimir Kozhukhar, Sergey Zarva, Yuri Leiderman, Vladislav Mamyshev-Monroe, Sergey Pakhomov, Natalia Struchkova and Ivan Chuikov.

Several sculptures will be presented at the VLADEY stand as well: a sculpture made out of steel by Vladimir Logutov «Industrials the end» (2016-2017); a sculpture from fiberglass by the art-duo CrocodilePOWER «Are you sure you are awake?» (2017); three gypsum busts of V. I. Lenin, created by Mayana Nasybullova, the participant of the Triennale of the Russian Contemporary Art 2017.