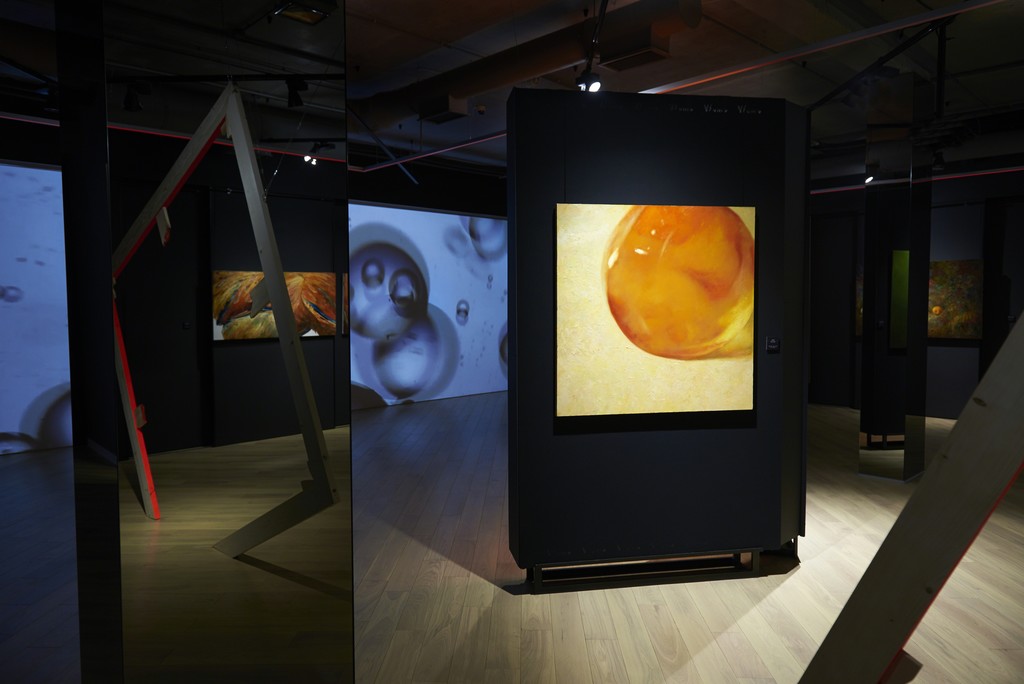 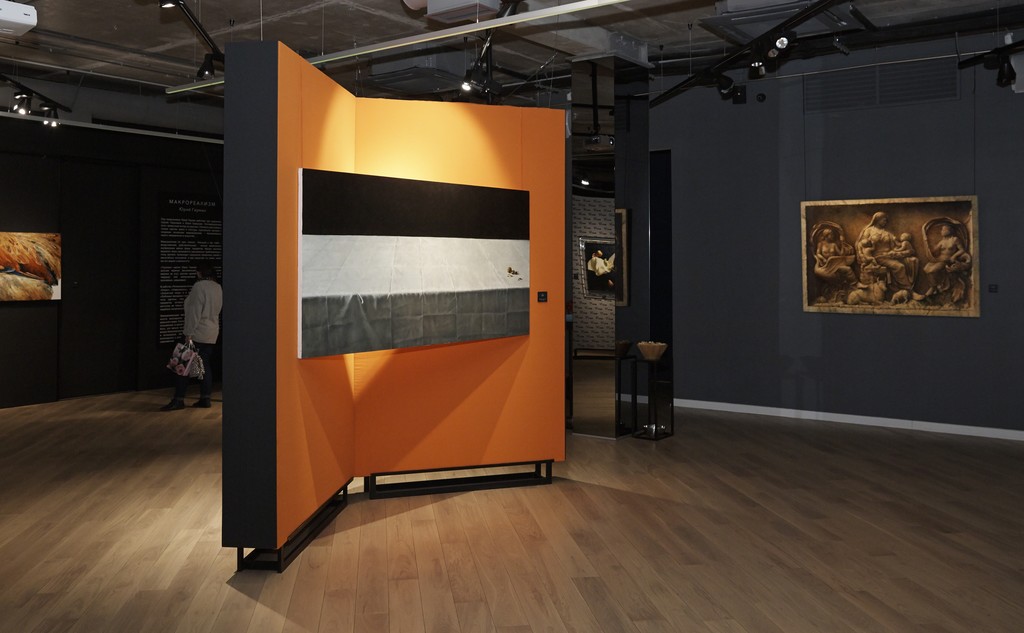 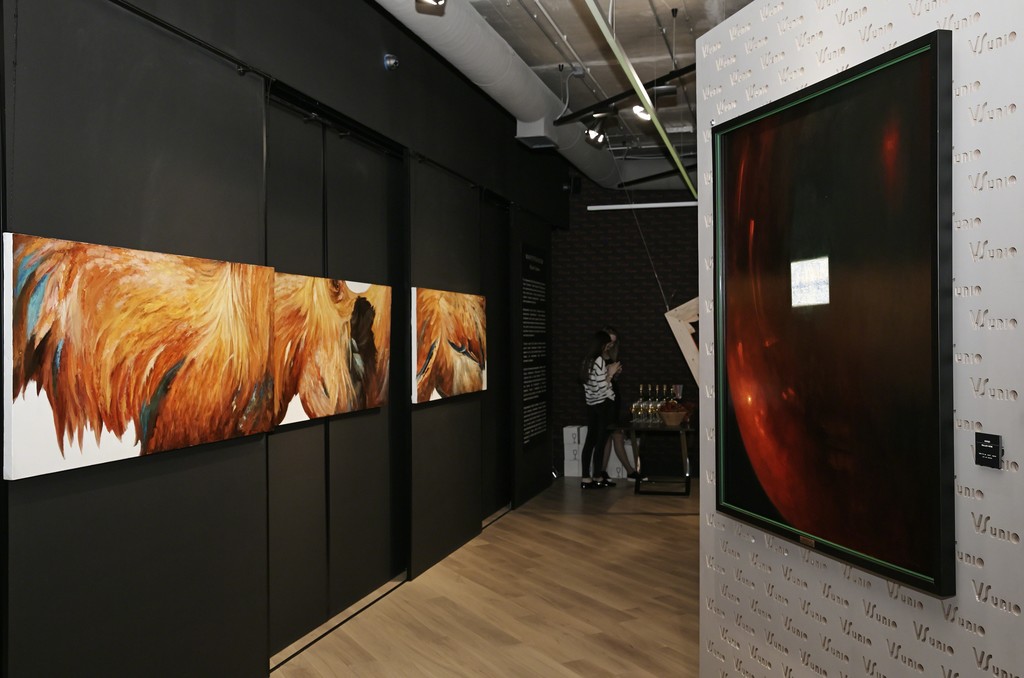 Art gallery VSunio opens a new solo project “Macrorealism” of Yuri German on May 24, 2017.
Under the alias of Yuri German are working two artists: Sergey Gerasimov and Yuri Bakhrushev. The restoration experience, the familiar sight at the pictures from close range and the fine sense of color and texture pushed the authors to create the concept of macrorealism – a fundamentally new direction in art. Macrorealism (from the greek. macros - the big and lat. realis – real, actual) optically increased image of small forms, objects. Each small piece of the visible world, with the maximum scale to the eye of the viewer, is a violation of the usual connections and extensive relations, and the world is not as we see it in reality. The "heroes" of Yuri German's painting are becoming the little red caviar (causing a specific feeling of the caviar in the mouth), pieces of walnut shell (dense and hard) or orange peel (dazzling orange, rough). Referring to the classic painting tradition of the still life, Yuri Herman relates his works not only with the real world, but with the vision of the reality of masters of different painting schools: Italian Caravaggio, Dutch painters of the 17th century Willem Calf and Peter Klas and Russian impressionist Igor Grabar. Interaction with a classical painting tradition is not possible for the contemporary artist without a game and the way to organize the associative array. Today it's impossible and unnecessary to write as Dutch artist of the 17th century, but the ways of interpretation and dialogue with the classical tradition are infinitely varied. The art - works of Yuri German involve us into a fascinating game, give to the viewers the opportunity to create their own associative array for each painting. In the paintings "Rhythmic disappearance", "C’est La Vie", "The Fact", "Mulled Wine", " The Weightlessness", " The Ara Pacis", " Self-portrait", "The Forbidden Fruit" and two triptychs "THREE.PTYCH" and "Favorite women" viewer can feel the relationship between things in the field of the picture, the viewer's eyes are traveling over the objects' surface, which is available in the Yuri German's still life not only to sight but also to the sense of touch, the vision itself is endowed with tactile ability. Tactile augmented the sound (the sound of a glass thin "ring"), gustatory associations (sour pomegranate or orange). Thus, the artist plays another theme associated with a classic still life – an allegory of the 5 senses (sight, taste, touch, hearing, smell). The fascinating effect occurs when the artist multiplies a small fragment of the real world on the canvas. Looking at the picture, the viewer, not even the most sophisticated, at some point realizes that it can't be, it can not touch. But painting as an art has always balanced between two extremes: conditional and illusory. It is the clear awareness of this illusory and contingent makes the paintings of Yuri German modern.