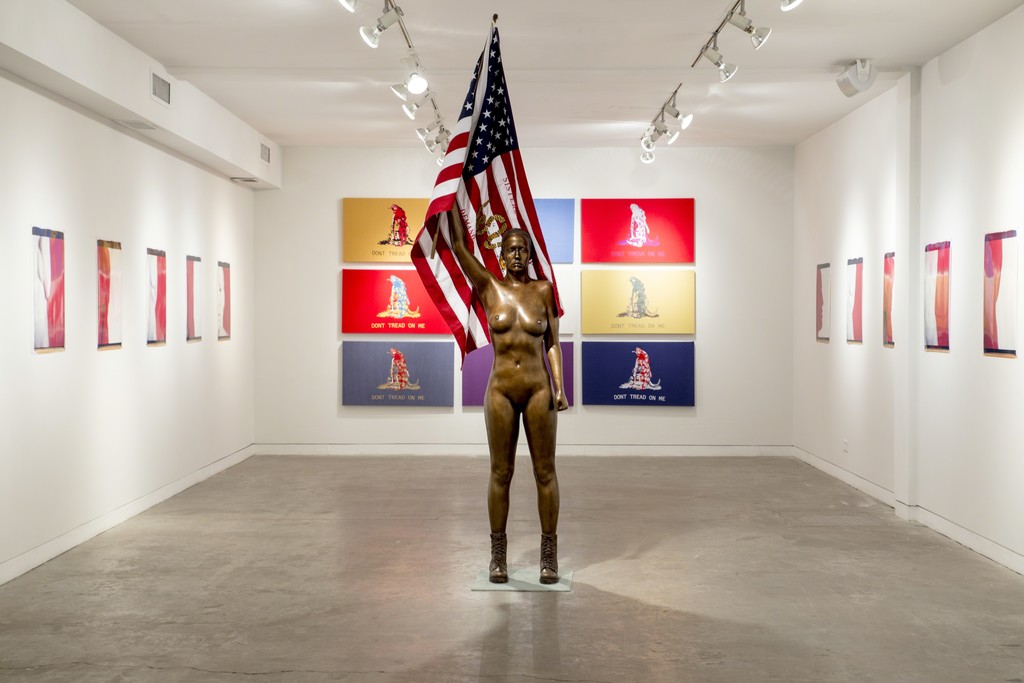 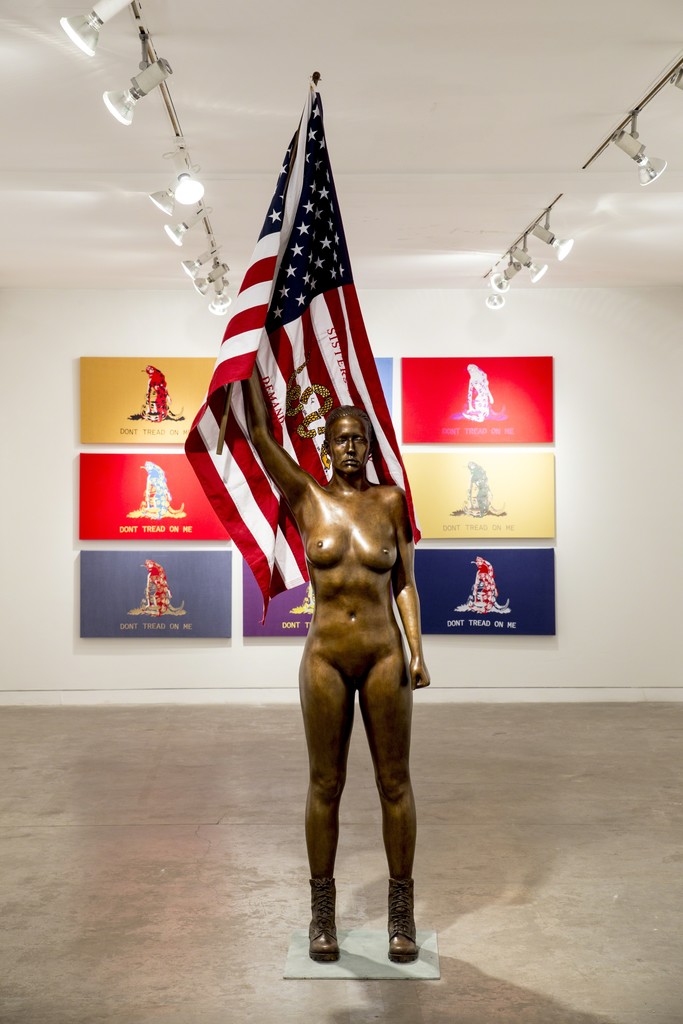 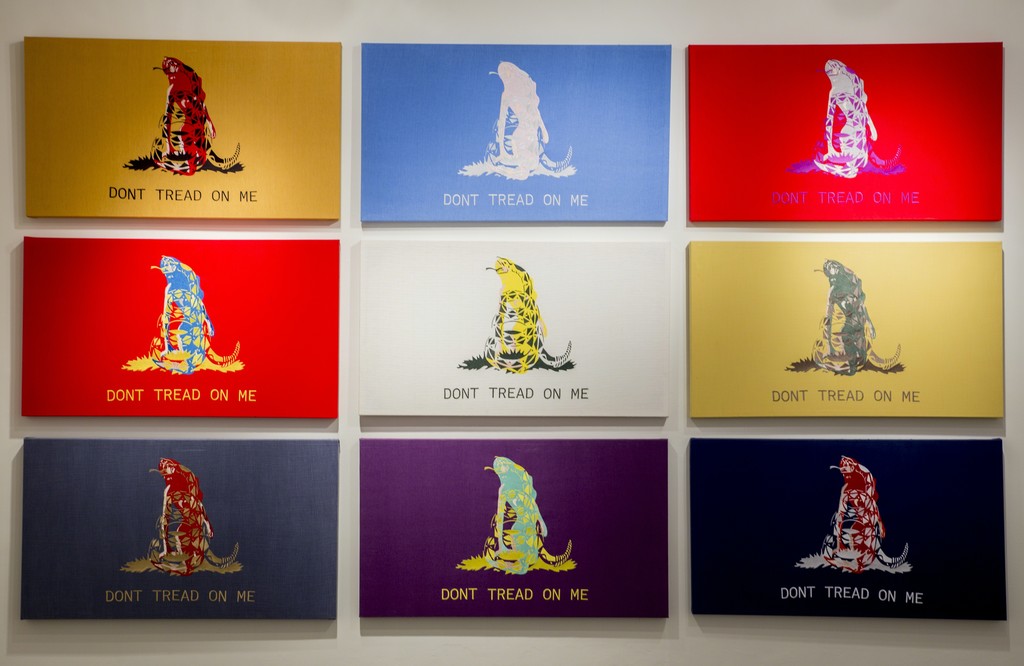 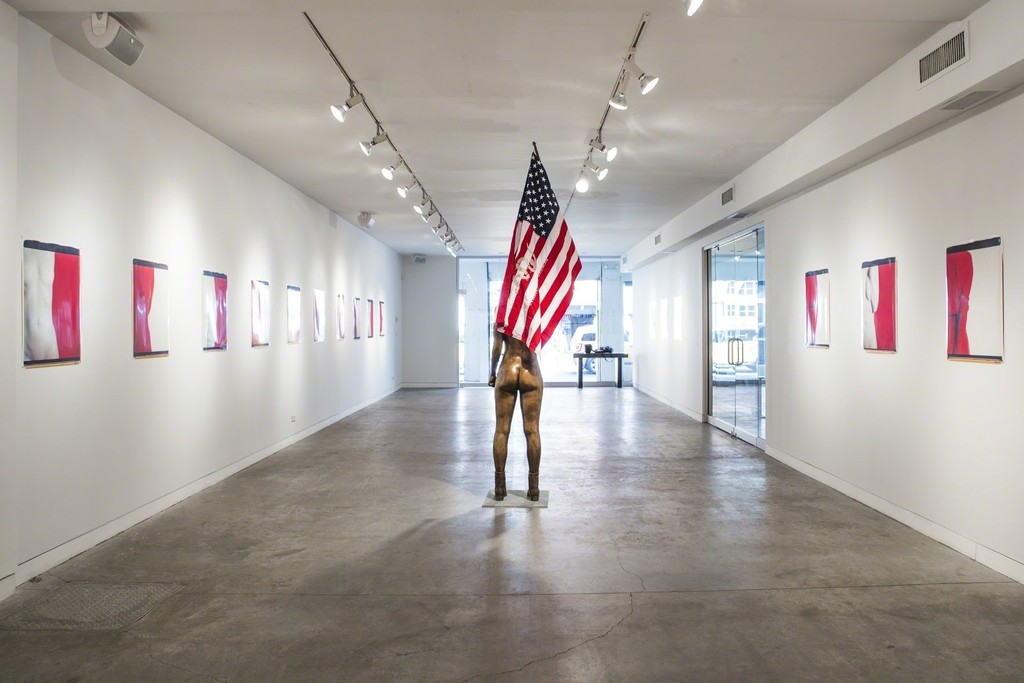 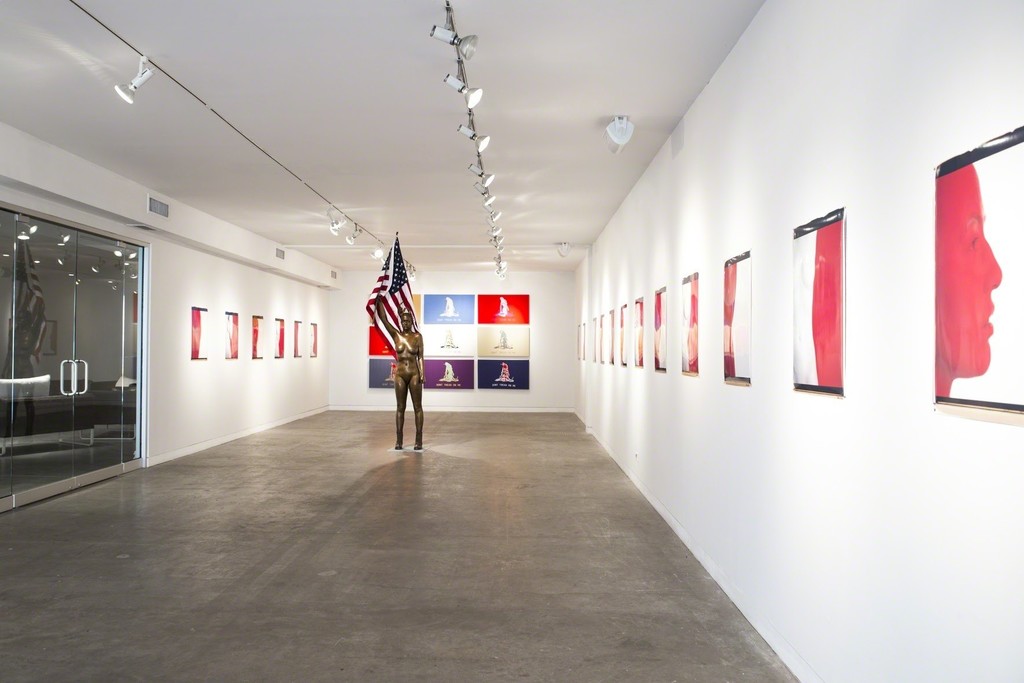 Gallery 151 and Wallplay are proud to present “Natalie White: EXPOSED,”an exhibition curated by Elyse Harary of work by feminist artist Natalie White, consisting of a series of large scale polaroid self-portraits alongside a set of embroidered canvases inspired by the Gadsden flag that read "Don't Tread on Me."

Marking the completion of artist Natalie White’s march this past summer from New York City to Washington DC advocating for the Equal Rights Amendment (E.R.A.), the work in this exhibition celebrates her ongoing dedication to social change through the platform of visual art and her commitment to educating individuals about the need for equal rights in America. Using herself as a subject and exposing her body as a means to propel her agenda, White's work illustrates that when depicted by women, the female body has the potential to become a powerful weapon against the social constructs of gender.

This exhibition exists as the third in a series of Natalie White solo shows in collaboration with Wallplay. “Instant Gratification,” curated by Laura O’Reilly and shown in Wallplay’s storefront space at The Hole in September 2015, featured a daily performance piece by White, topless and enclosed in a plexiglass box in the front window with a sign stating that the E.R.A had never been passed, a fact which most women walking by were not aware of. In June 2016, “Natalie White for Equal Rights” was exhibited at Whitebox Gallery as a launching platform for the two week protest march that White would undertake later that summer.

“Natalie White: EXPOSED” presents a unique moment in White’s ongoing efforts in raising awareness, and fighting for gender equality through her art. Opening not only in the wake of the sixteen-day, 250-mile protest march that White completed in July, but also in between her resulting arrest in Washington for writing "ERA NOW" on the capital, and its impending trial—this exhibition carries an especially critical tone.

White continues to test the power of female self-representation in her work. Through her exhibition series, she claims physical and artistic ownership of her body as an ex-muse, secures her image as a figure of female empowerment, and uses her own image within American symbols and icons as a literal stand-in for their lack of female representation.

This exhibition challenges the audience's preconceived misconceptions of gender equality in this country and in the art world. How would the meaning of her work be changed had it been produced by a man? The works chosen in this exhibition in particular expose the major gaps behind our national symbols of freedom and equality. By revising and recreating them with her own figure—embodying the stars and stripes of the United States flag, superimposing her body over the snake in Gadsden's "Don't Tread on Me" flag, or even casting herself as a bronze memorial statue—White produces work that at once reveals the lack of female representation in this country, and imagines an alternative world in which women govern and are properly acknowledged.