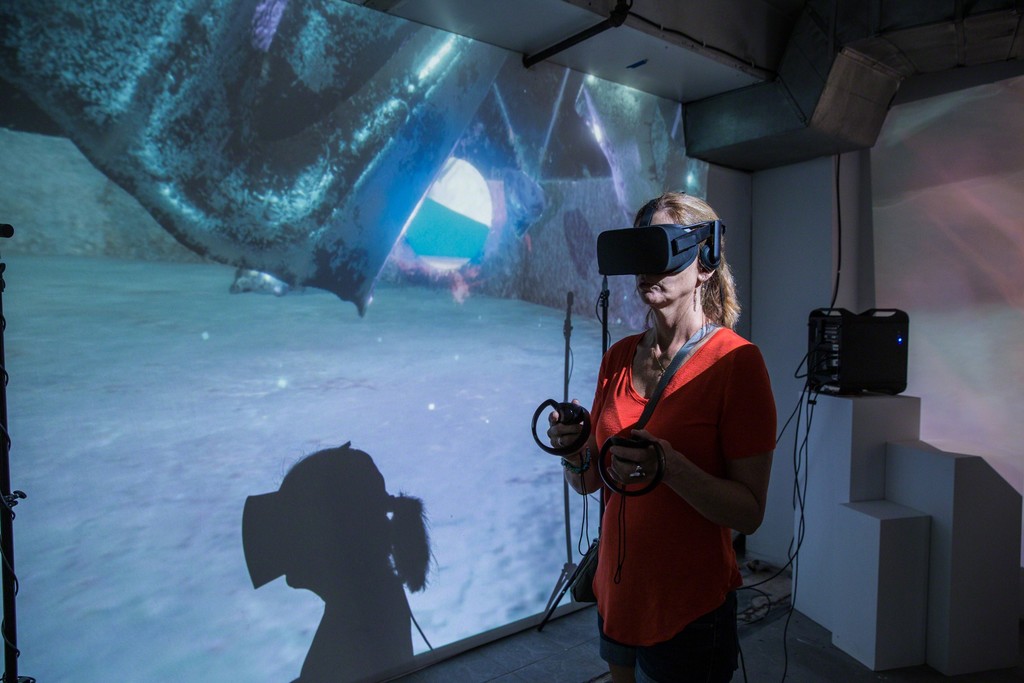 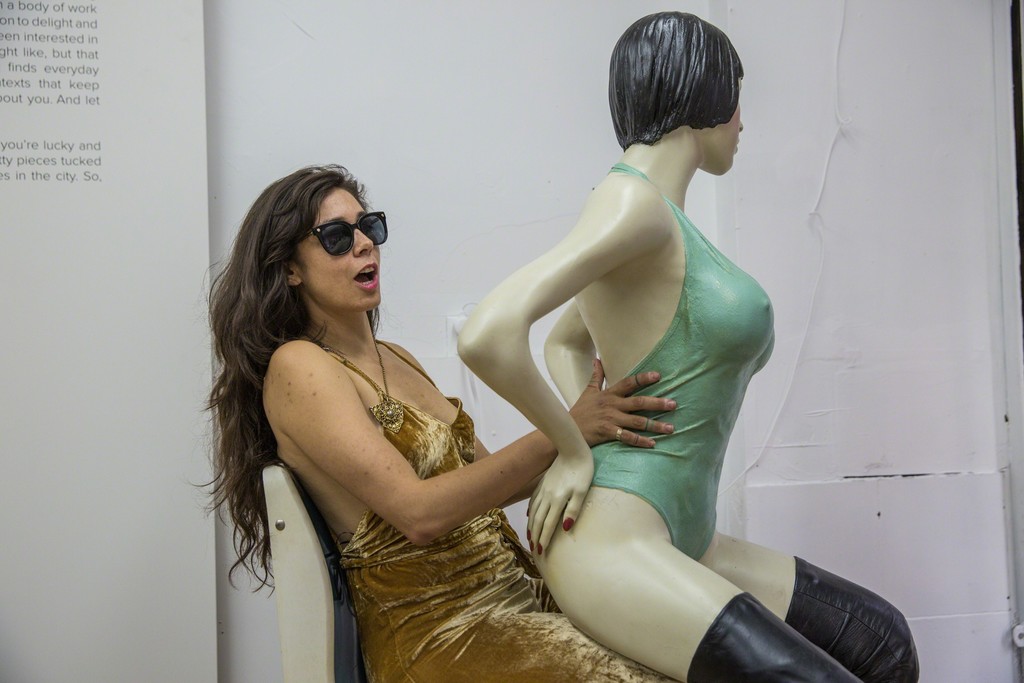 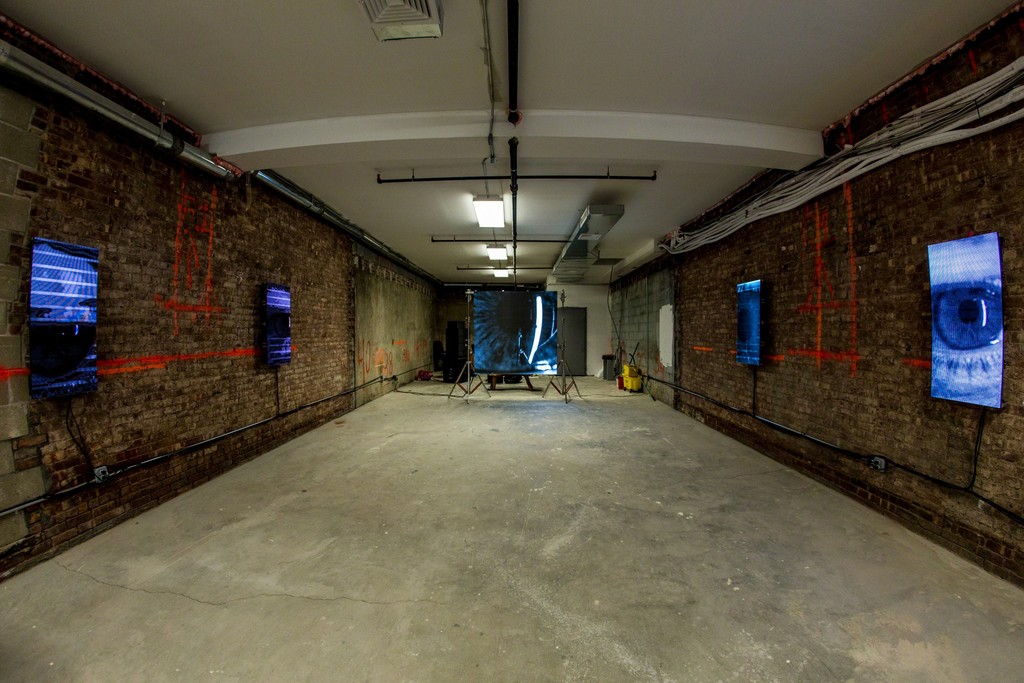 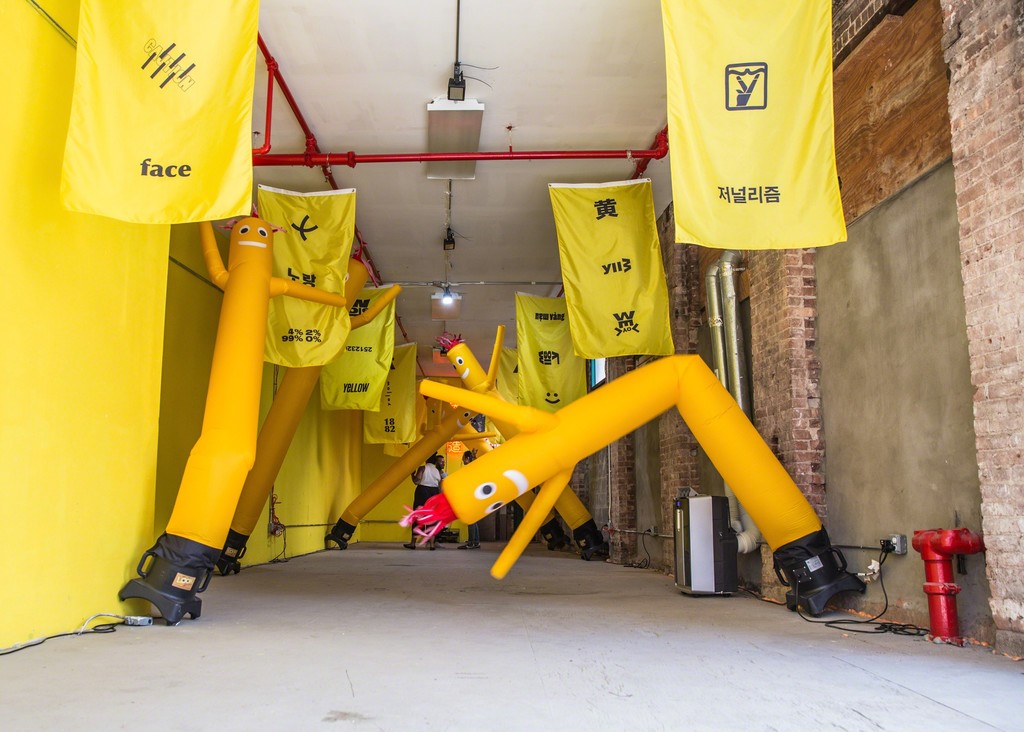 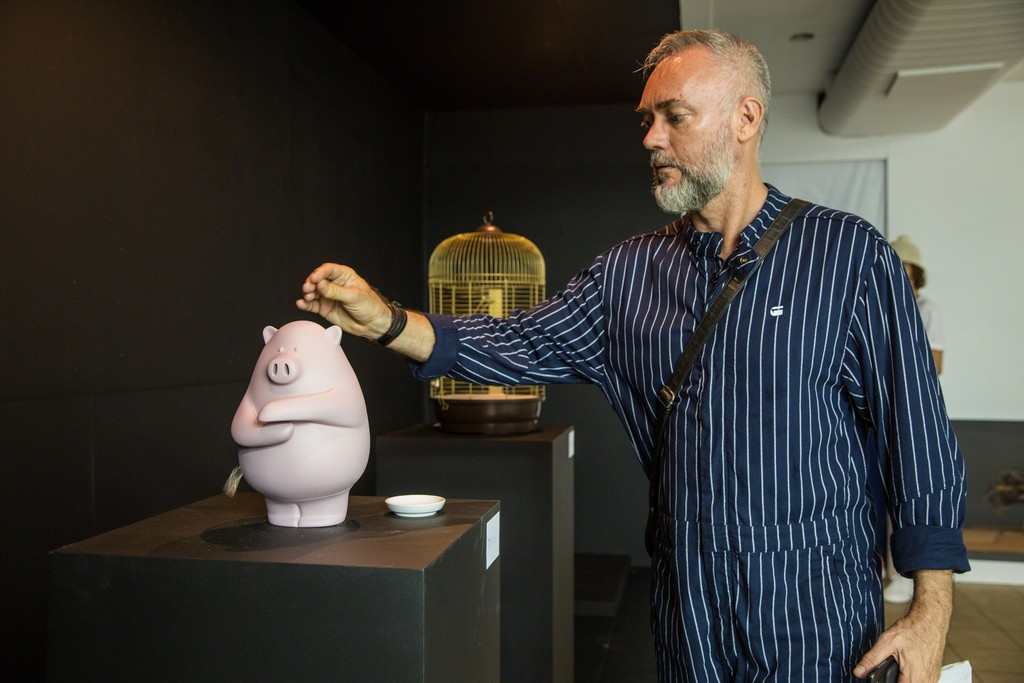 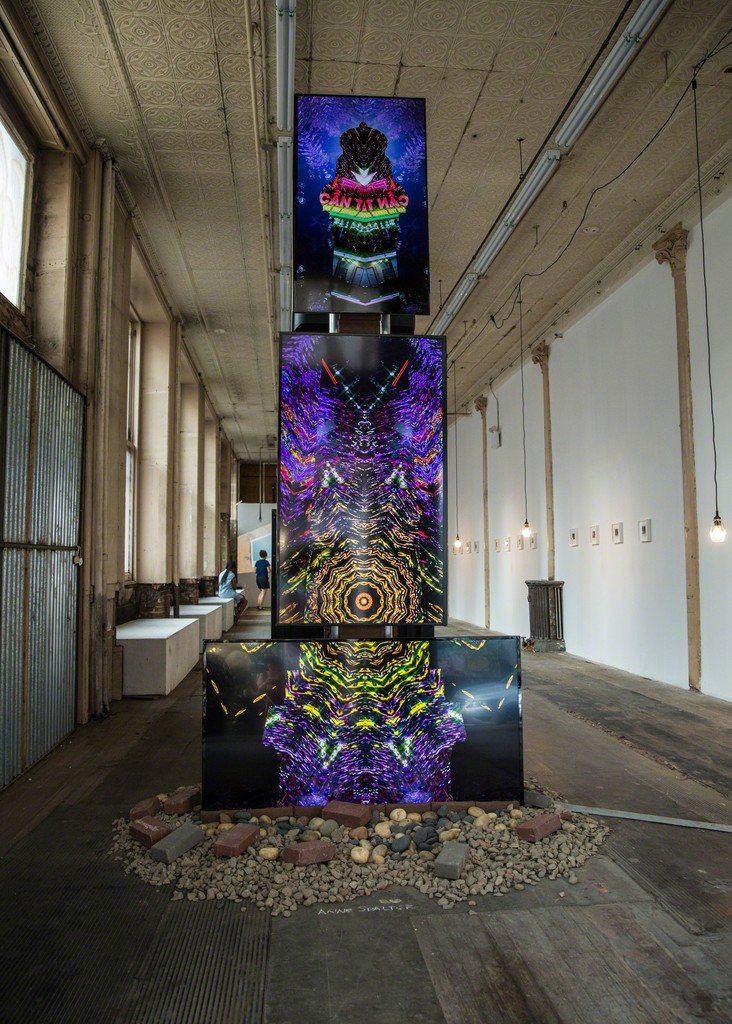 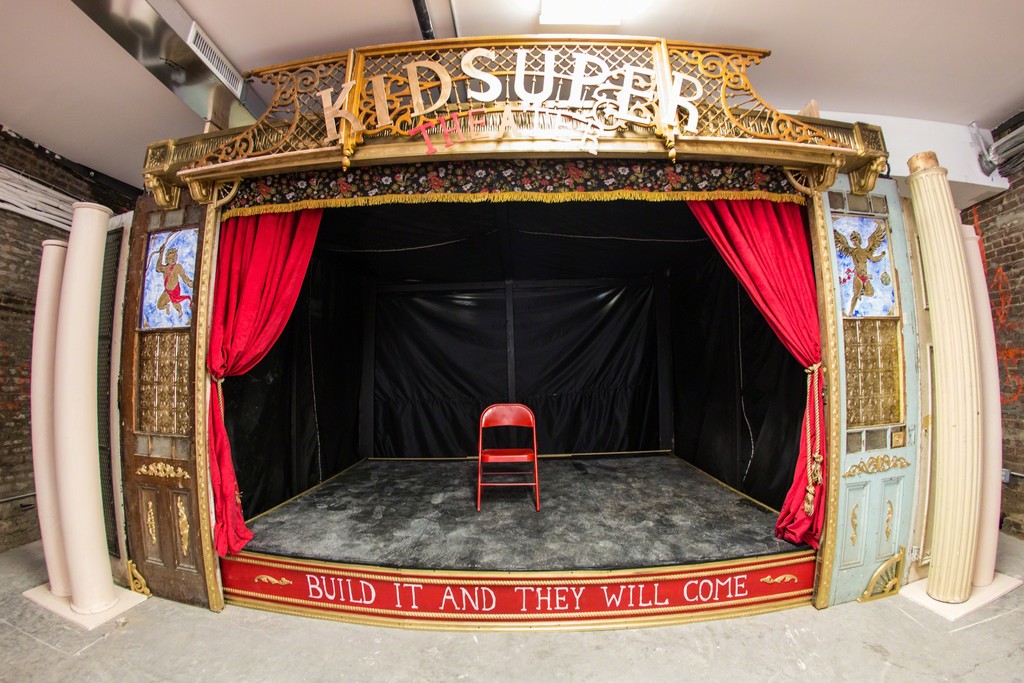 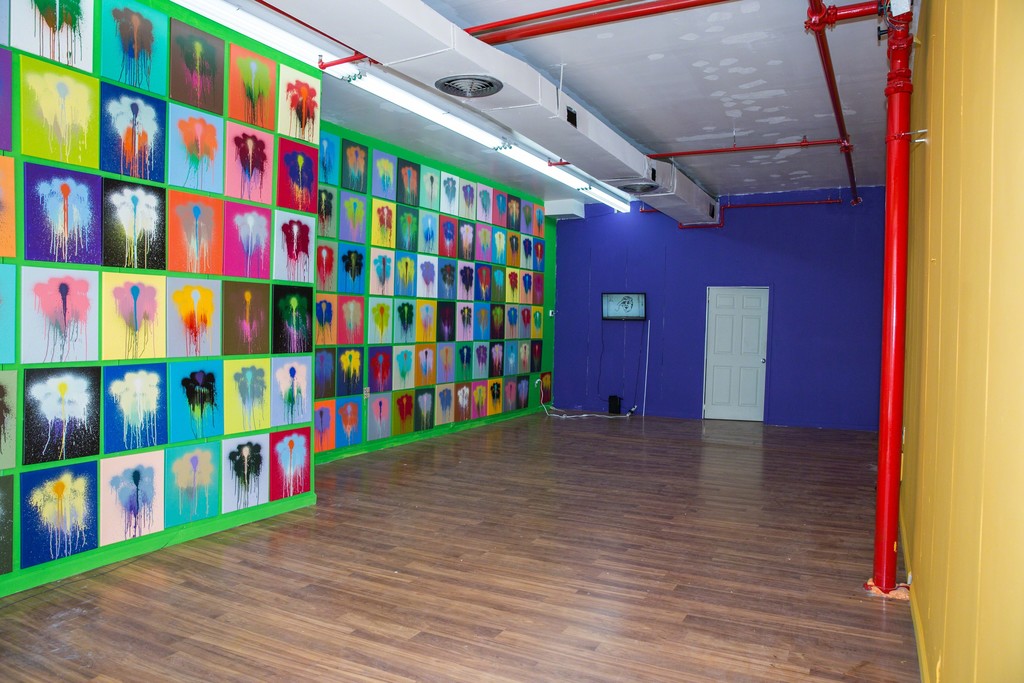 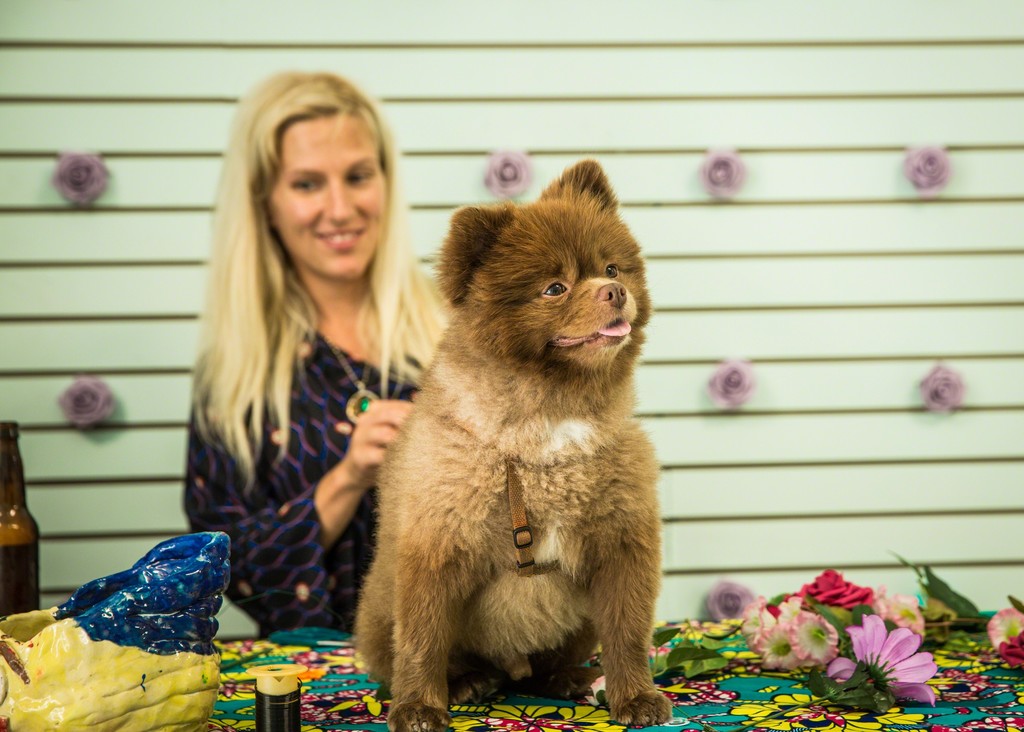 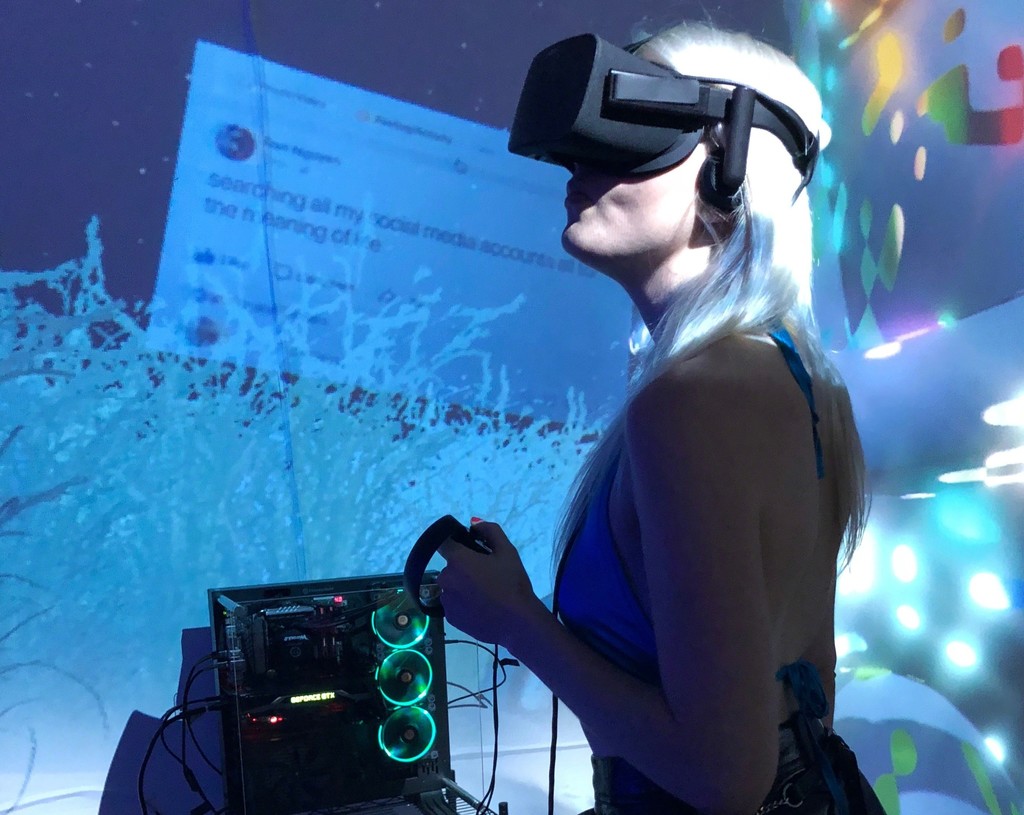 ON CANAL is a destination for experiential arts & innovation programming spanning across 20 storefronts from Broadway to West Broadway, on Canal Street in New York City. The “District for New Ideas” was created by Laura O'Reilly, CEO of Wallplay, a network that operates & programs empty retail spaces, and Sonny Gindi, owner of Vibes Studios. The district was founded in partnership with an alliance of forward thinking property owners, led by father and son duo, Albert & Jack A Laboz of United American Land, LLC. The revival of this stretch of urban landscape, consisting of over 20 previously vacant retail spaces now operated by Wallplay, focuses on highlighting the neighborhood's history in commerce while bringing creative innovation to the high-traffic area at the intersection of SoHo and TribeCa.

Wallplay, the district’s operator, is in the process of becoming a certified B-Corp and is committed to its social impact mission of repurposing empty storefronts for public good. Wallplay has developed a 50-50 business model, which it has been practicing since 2013. Over the course of the year at least 50% usage of the spaces that Wallplay operates are dedicated to creative programming focused on social impact innovation & art that engages with the public in a direct and tangible way. The other 50%, comprised of commercial pop-ups, event rentals and sponsorships, help subsidize the cost for arts & innovation programming. ON CANAL brands can become patrons of culture by partnering with thought leaders to test out new ideas and engage with the public in a high traffic location.

ON CANAL opens with a full line-up of art programming taking over 18 of the 20 storefronts that will be on view through August, rotating in September. The largest scale project is Be A Good Neighbor, a participatory community project created by Vibes & Wallplay for a group action with Inside Out Project. The globally recognized participatory project Inside Out, initiated by JR, empowers local communities to share their unique stories through large-format portraiture. ON CANAL implements the guerilla-style wheatpasting installation on Canal Street, showcasing locals from the neighborhood in response to “What does it mean to be a good neighbor?”. The second largest scale project is a public art installation curated by Vibes with Dylan Kraus, which utilizes construction scaffolding to showcase a large-scale print of Kraus’ Neophyte, three stories high and two storefronts wide.

Programming highlights also include the kinetic installation titled YELLOW by Adrian Yu of Offline Projects at 357 Canal, which interrogates Eastern versus Western associations with the word “yellow,” and a life-size recreation of the claymation theatre from Russ’ Cherry Hill music video created by Colm Dillane of KidSuper for his Open Mic series at 323 Canal.

Technology-driven works featured ON CANAL range from spray painted drone graffiti by KATSU presented by The Hole at 329 Canal, DiMoDA 3.0, a collection of curated VR works devoted to the preservation of digital art at 327 Canal, Nitemind’s newest series of LED “video paintings” presented by Wallplay at 321 Canal, and Frankey’s premier exhibition in the United States featuring mobile and interactive sculptures from Amsterdam at 325 Canal. ON CANAL’s launch also includes an immersive flower shop with sculptures & paintings by Caroline Larsen, presented by Kathy Grayson of The Hole at 327 Canal, and an exhibit featuring photographs by Lebanese artist Lara Atallah and digital media artist Anne Spalter, curated by Kurt McVey at 329 Canal.

Over the next year, the activations and thematic programming curated by Wallplay & Vibes will range in topics from the future of fashion, cryptocurrencies and alternative uses of blockchain, to social impact, music & dance. Wellness practices include social meditation programming hosted by Vibes & Walden, with a goal of creating moments of connection throughout the Canal Street spaces. Sustainability practices will be emphasized through ON CANAL’s partnership with Luke Namer’s grassroots organization Osmunda, which seeks to “re-wild” New York and provide access to educational resources, encouraging the public to be sustainable and environmentally conscious. ON CANAL aims to engage the public and build community through a curated program of immersive art installations that integrate technology and invoke a spirit of play.

Wallplay’s CEO & Founder Laura O’Reilly says, “Having grown up in Manhattan, it’s a dream come true to be able to transform one of the city’s most unique & high trafficked areas. I used to come buy circuits on Canal Street and attempt to build computers when I was a kid; it was a land of wonder. Our program aims to pay homage to the raw material of creativity that Canal Street has always supplied to a community of makers. We are rethinking the future of collaboration, social impact, technology and creativity on Canal Street one storefront at a time.”

Sonny Gindi, founder of Vibes Studios says, “The goal is to create a world filled with positive ideas, self expression, support and beauty. Canal Street is going to be an example of that world.”

Talented artists working across all mediums, social-impact startups, brands, and everything in between can now call ON CANAL their new home to explore, test and incubate new ideas.

Wallplay is an experiential arts & innovation network that operates & programs empty retail spaces. Founded in 2013 on the Lower East Side at 118 Orchard, with art billboards and a two-floor popup space, Wallplay pioneered a unique 50-50 business model. The company is able to provide subsidized space for at least 50% of its annual use to creative projects, social impact startups, and curators by hosting commercial projects & pop-ups that allow Wallplay to dedicate resources to original programming. In the process of becoming a certified B-Corp, Wallplay’s mission is to repurpose vacant spaces around the world and utilize them for public good. Wallplay operates these vacant spaces until landlords secure permanent tenants. Their platform, which showcases creative projects, enables property owners & brands to become patrons of culture. Wallplay provides access to leading creative entrepreneurs, startups, arts organizations, storytellers and thought leaders for experiential projects that push culture forward. For the past five years, the company has been turning storefronts into playgrounds for new ideas.

Wallplay is a member of NEW INC, the world’s first museum-led incubator. NEW INC was founded by The New Museum in 2014 and is dedicated to supporting innovation, collaboration, and entrepreneurship across art, design, and technology.
Wallplay.com | @wallplaynetwork

About the Co-Curator: Sonny Gindi of Vibes Studios
Sonny Gindi is the Creative Director and founder of Vibes Studios. The studio is engaged by brands, retailers and landlords to elevate brick and mortar experiences. Gindi and his team specialize in working with brands on creative strategy and production, focusing on designing “shareable moments” that bring instagram IRL. Vibes Studios transforms physical space by cultivating opportunities for consumers to express themselves and connect with brands experientially. Gindi also runs the Instagram @vibes where he curates beautiful images for his large following. vibesstudios.com | @vibes 230K followers

About United American Land, LLC
United American Land LLC (UAL) is a family-owned real estate development, investment and management company based in New York City. Its principals, the brothers Albert, Jason and Jody Laboz, and next generation members, Jack A Laboz and Jack J Laboz, own and manage almost fifty properties in Manhattan, Brooklyn and Queens. Restoring, improving and reinventing historic buildings in Tribeca, Soho, the Flatiron district and most recently downtown Brooklyn, UAL seeks to adds value via conversion from commercial use to luxury residences, or through smart acquisition of overlooked commercial property for upgraded retail use. Their restorations are brought to life using high quality design that is sensitive to neighborhood context.