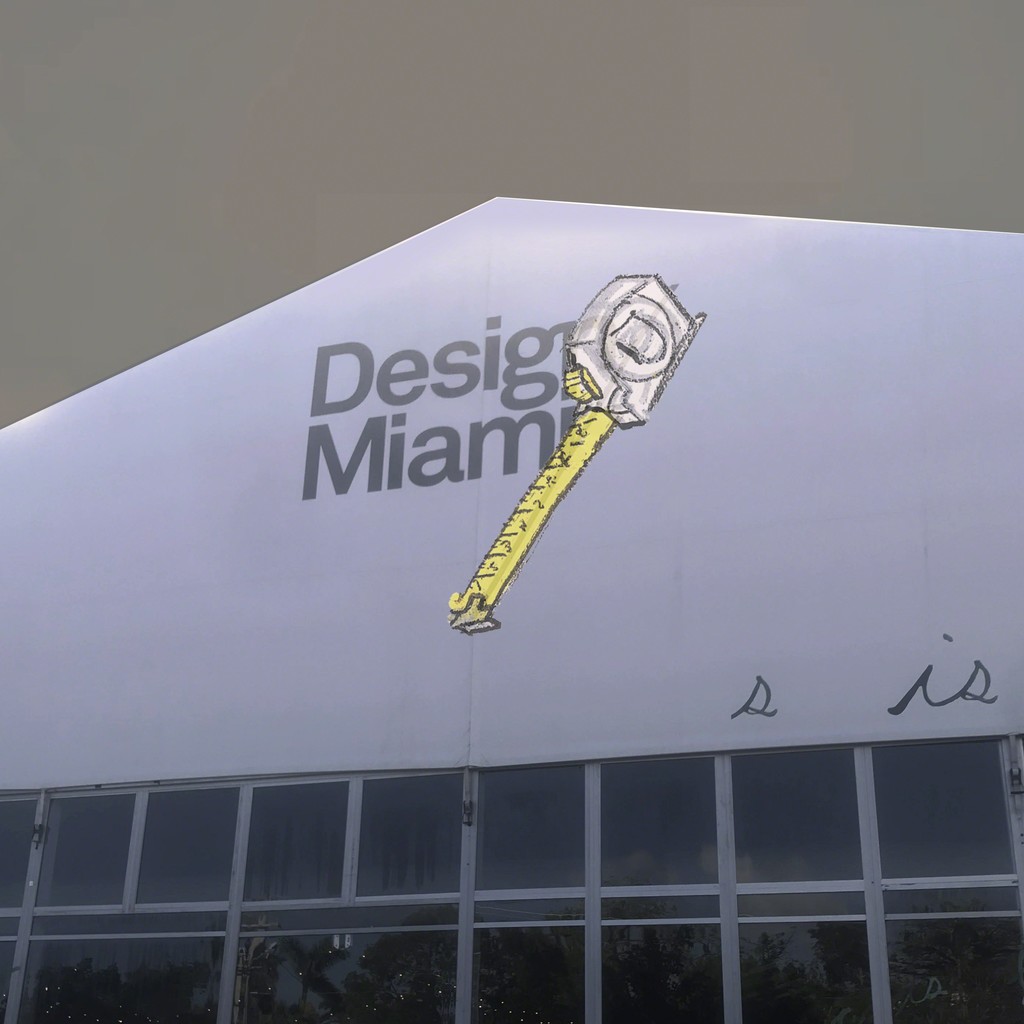 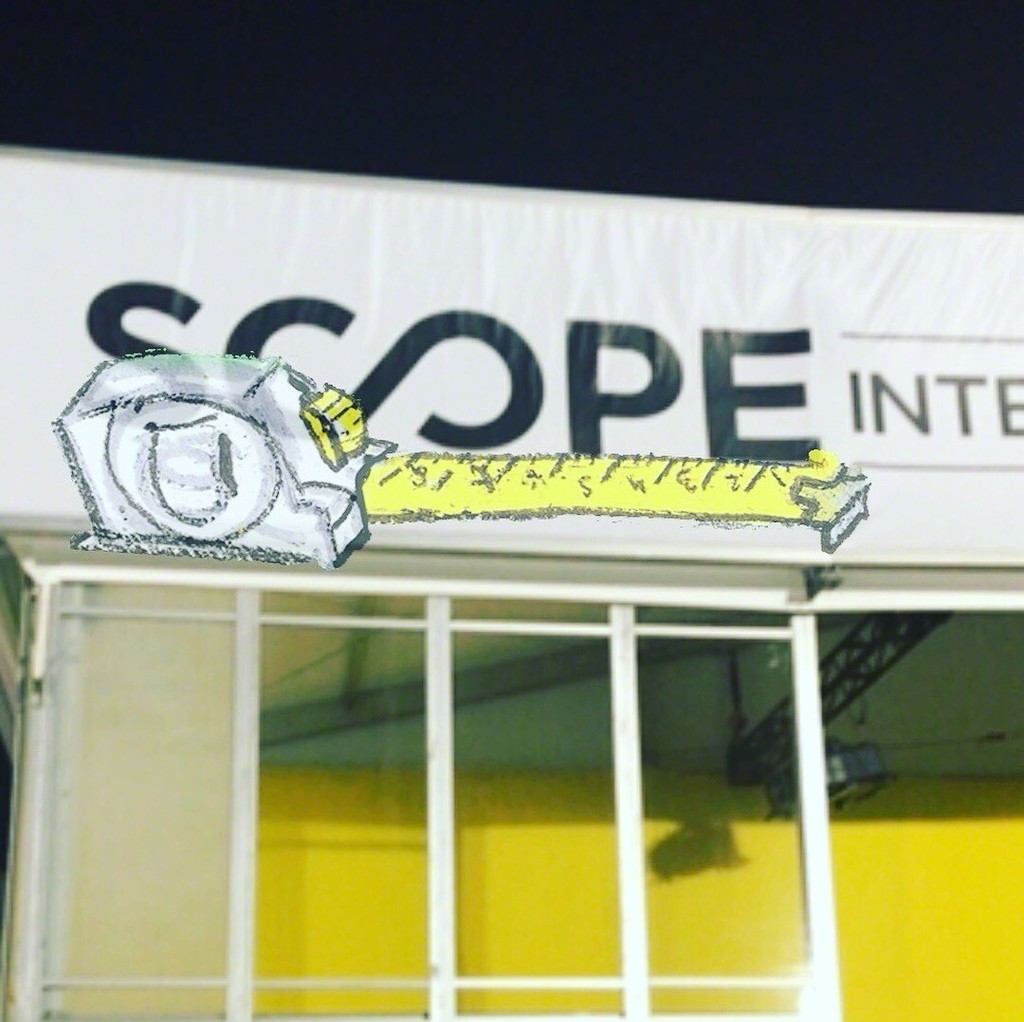 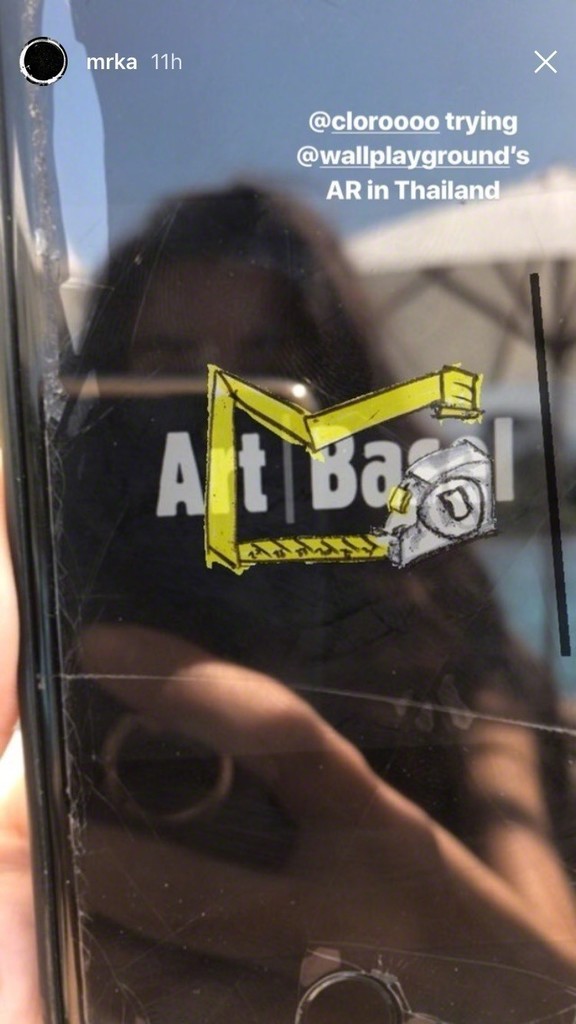 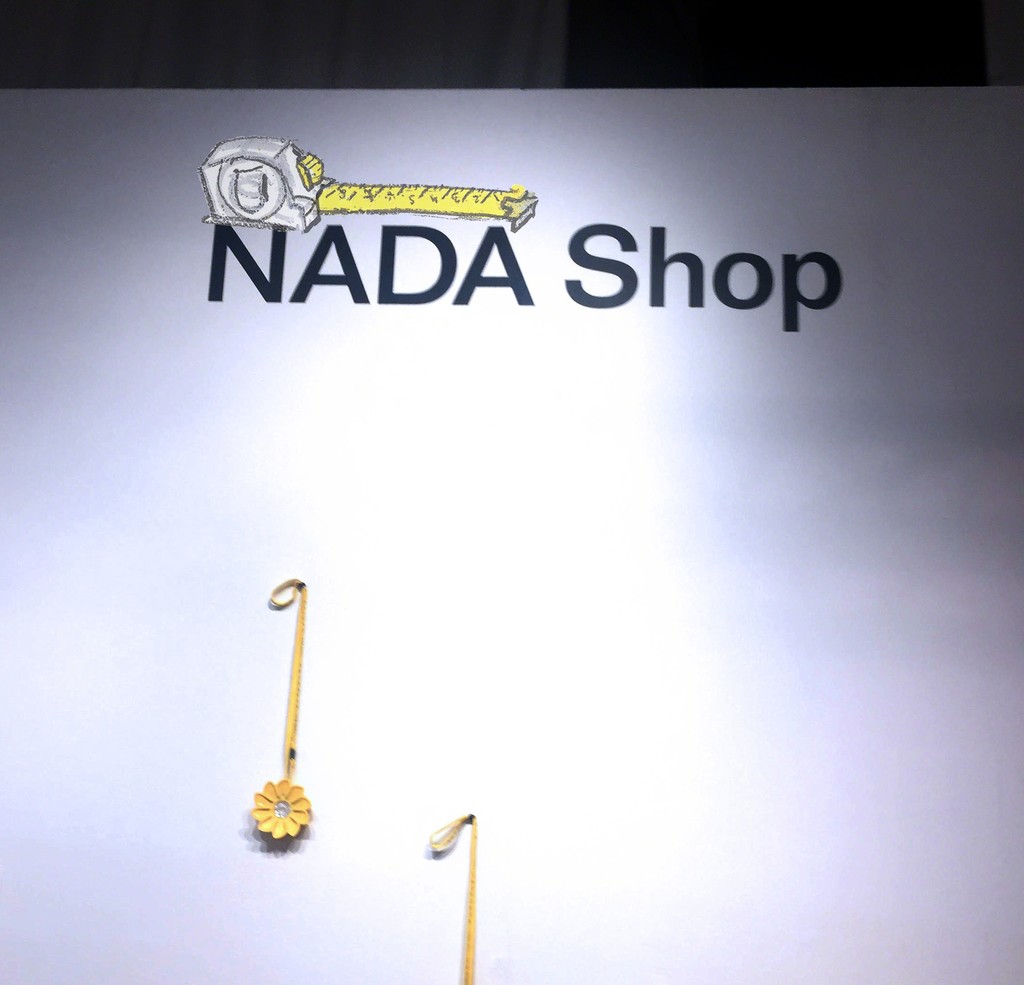 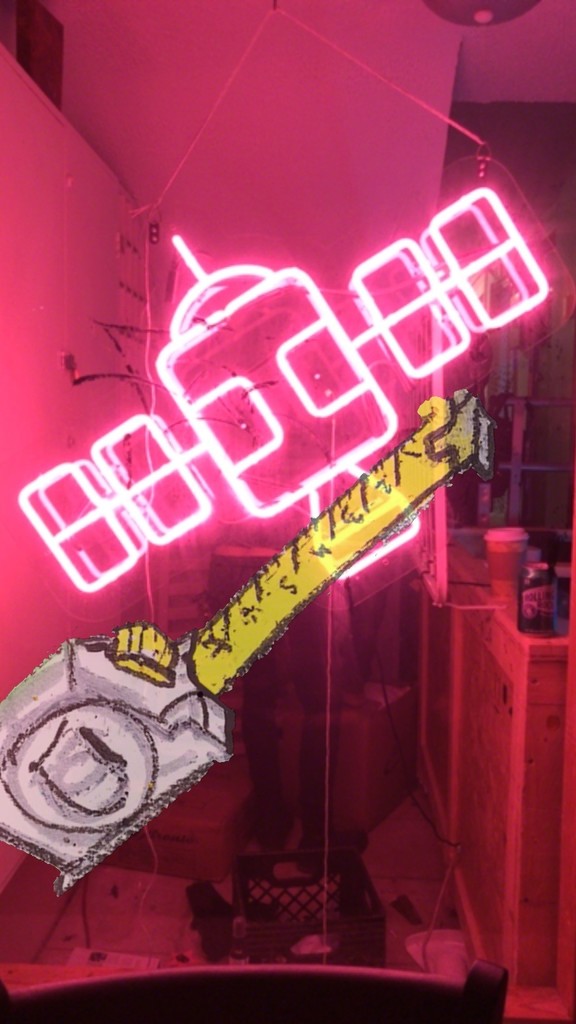 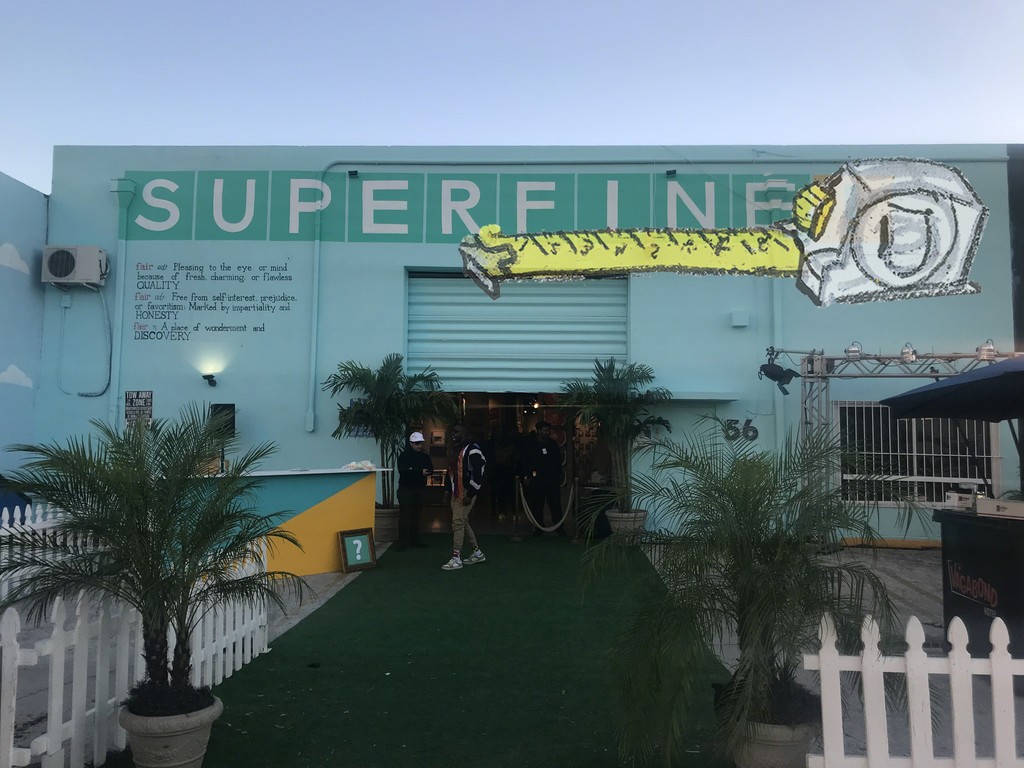 Wallplay has made MRKA the most exhibited artist at Art Basel Miami Beach, 2017, with works that can be viewed in augmented reality at every art fair. MRKA’s La Dance du Metro series, featuring a tape measure unraveling over time, serves as the perfect metaphor for just the type of measuring contest art fairs and their satellite shows, like Art Basel Miami, have come to be known for.

This spontaneous, guerilla AR hacking of Art Basel & the 21 satellite fairs surrounding it it was conceived by Wallplay’s founder Laura O’Reilly the evening of Wednesday December 6th, 2017. The project was produced in real-time during the fair by Wallplay’s co-founder Alessandra DeBenedetti and went live within 72 hours. The AR takeover will continue to live on indefinitely.

Using AR software by Blippar, Wallplay’s augmented reality technology partner, Wallplay placed one of MRKA’s measuring tape artworks from La Dance du Metro series and overlaid it onto the logo of every single art fair in Miami this past weekend. MRKA is possibly the most accessible artist showcased in the history of Art Basel Miami Beach.

This experience is not limited to those who were present in Miami; you can download the Blippar App for iphone: https://itunes.apple.com/us/app/blippar/id410604563?mt=8) or android: https://play.google.com/store/apps/details?id=com.blippar.ar.android&hl=en ) and play with the AR installation by googling any of the art fair logos or visit: http://www.wallplay.com/artist/mrka/project-1.html After opening the app, place your phone in front of the various art fair logos. When you hold your phone up to a logo, pause for a few seconds to allow for the image to load. Strong signal/wifi connection enhances the speed at which the augmented reality artwork appears.

Wallplay’s Measured AR takeover shares the spirit of the Manifest.AR DIY crashing of the Museum of Modern Art in 2010, or WeARinMoMA. It’s no secret that the art world has the habit of taking itself too seriously at times and Wallplay aims to bring humor and technology center stage.

The Measuring Contest That Is Art Basel Miami

In 2002, after the success of Art Basel, Switzerland, Sam Keller opened a second version of the preeminent art fair in Miami Beach. From the beginning, Art Basel Miami had a distinct spirit in relation to the original location. To generate optimal press for his new fair, Keller threw high-class parties and held numerous blue chip art panels. Art dealer, Jeffrey Deitch was already echoing the future of Basel Miami from the beginning, throwing art parties that went above and beyond to involve the spectacle of music performance, drawing attention away from purely treating a gallery booth as white cube for art and instead catering to a different type of audience. And, even in its first year, Art Basel Miami already attracted satellite art exhibitions, with artists manning shipping containers filled with works along the beach.

By 2004, the fair already began resembling what it does today. Art Basel Miami was one of the first fine art venues to attract overt commercial advertising from outside the usual market, such as tech company logos gracing the facade of booths. The commercial value of the art scene suddenly seemed less insular, attracting both those who love art and those who don’t and simply want to be at the best party early December had to offer in the United States.

Throughout the fifteen year span of Art Basel Miami, satellite fairs continue to grow with not very much to say in terms of art and innovation. And although Art Basel Switzerland’s former director, Lorenzo Rudolf added a Video Art Forum to the main events in 1995, there has not been a great deal of new media growth at these events since. Wallplay’s network will continue to explore the vast and lively possibilities of art and technology available in the 21st century and integrate them into Miami Beach Art Basel & beyond.

Lucas Benarroch, also known as MRKA, was born and raised in Madrid, Spain. He moved to New York and attended Parsons, The New School for Design. The transition to the United States has pumped his work ethic into overdrive. His work has been featured at galleries and museums in Madrid, New York, Buenos Aires, Bogota and Miami including Gallery 151, Wallplay, Museo Mar, The Cooper Union and Gregg Shienbaum Fine Art. His commercial work includes clients such as HBO, NASA, and The Wutang Brand.
https://www.artsy.net/wallplay/artist/mrka
@mrka