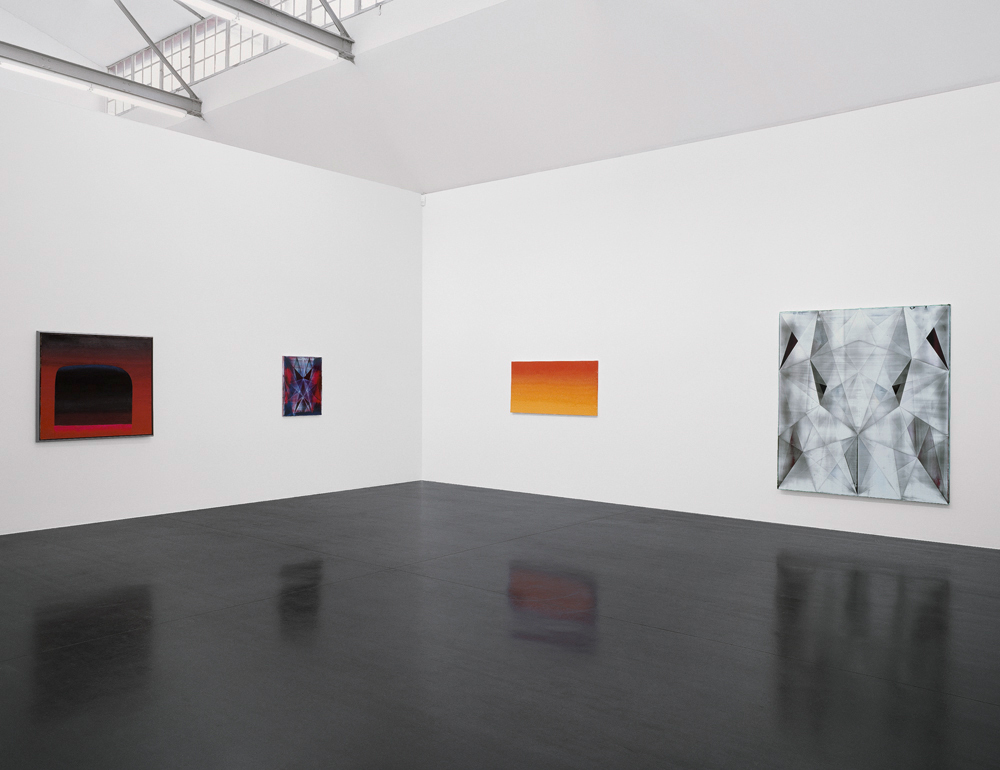 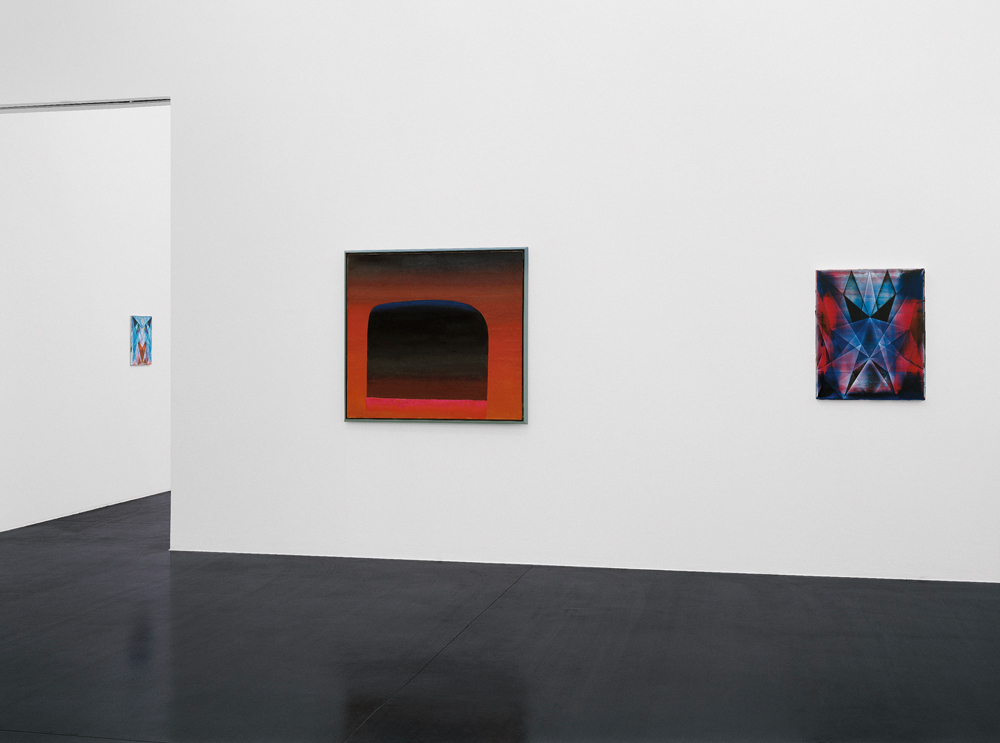 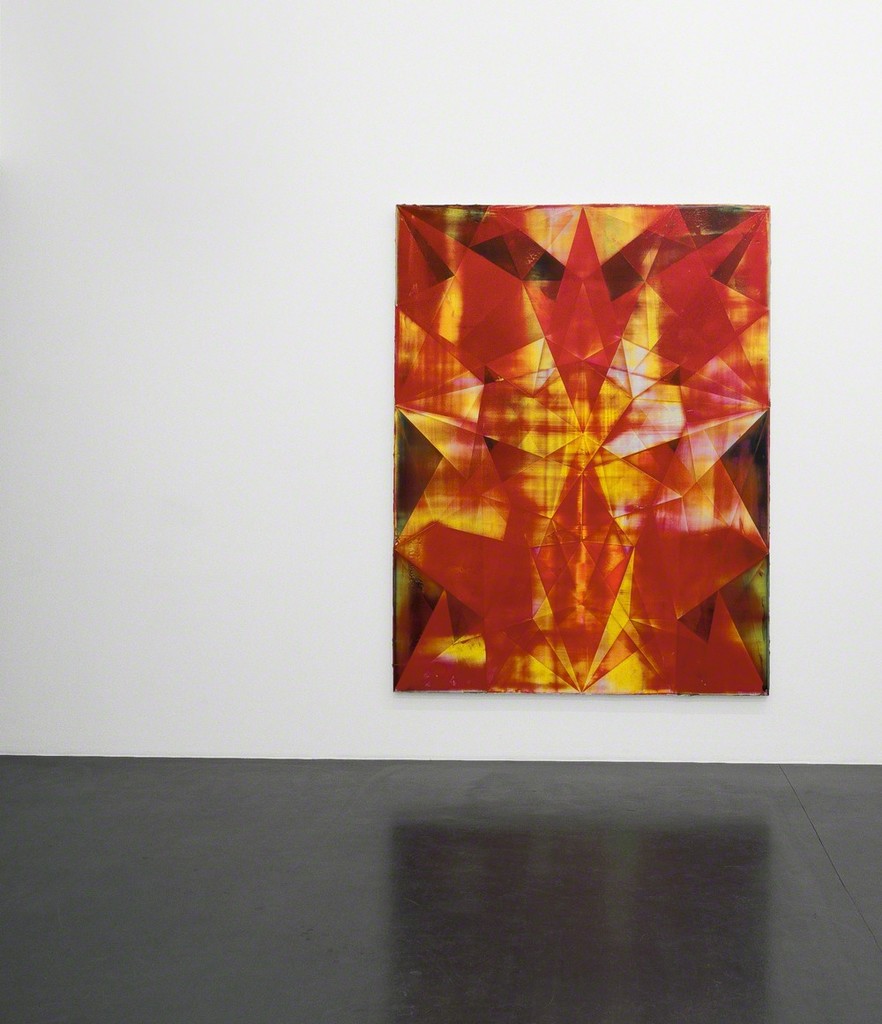 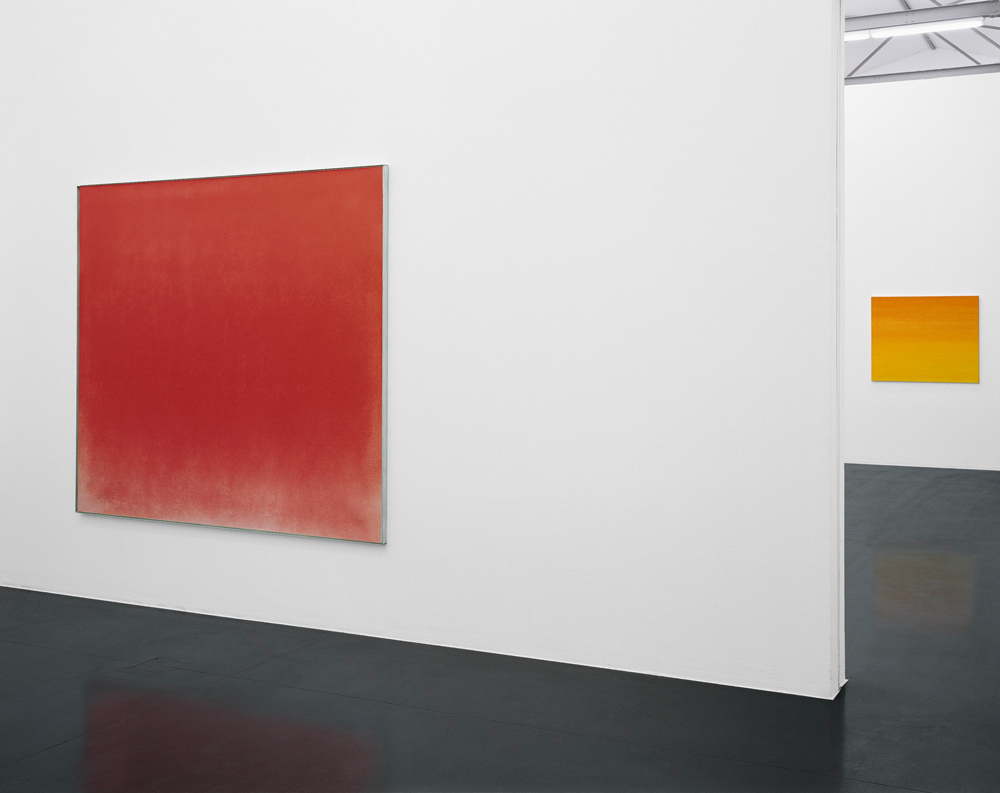 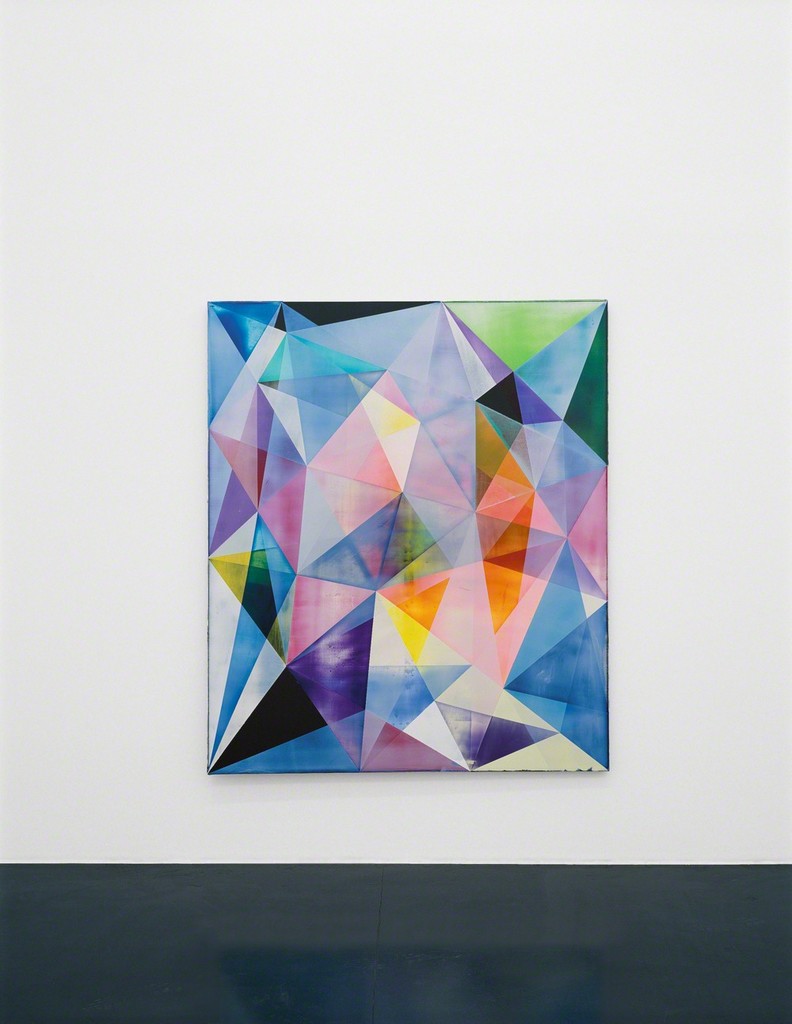 LIGHT is our first show to feature the works of Shannon Finley (*1974), a Berlin-based Canadian artist, in
conjunction with the works of Rupprecht Geiger (1908-2009).
Both painters work non-representational and concentrate on color itself and its relation to optical
phenomena, particularly light. While Geiger used the fluorescent quality of daylight luminous paint to
achieve an almost immaterial effect, Finley layers countless transparent membranes of acrylic paint in
mere geometric forms on the canvas in an intensive process. In the prism-like surface, which chronicles its
build up, reality disintegrates into colorful light, as if inside a kaleidoscope, also recalling the technoid
world of Metropolis or the raw pixel of early computer games.
Some of the Final works by the grandmaster of German Post-War Painting, Rupprecht Geiger, that have
never been shown before will be supplemented by a top-class collection of works from the 1950s. All of
Shannon Finley’s works on display were recently done just for this exhibition.
Shannon Finley b. 1974, Ontario, Canada, lives and works in Berlin, Germany. He received his BFA from
Nova Scotia College of Art and Design, Halifax in 1999.
Selected solo shows: 2012 BISCHOFF/WEISS, London, 2011 Galerie Christian Ehrentraut, Berlin, 2010
Silverman Gallery, San Francisco, 2007 Kunst Klub Berlin.
Selected Group shows: 2012 Künstlerhaus Bethanien, Berlin, Biksady Galéria, Budapest, Neue Galerie
Gladbeck, Kunsthalle Erfurt, 2011 Kunst- und Kulturzentrum Montabaur, Kunstverein Ulm, Nettie Horn
Gallery, London, 2008 Neuer Aachener Kunstverein
In 1949 Rupprecht Geiger (1908-2009) was a founding member of the group ZEN 49. He participated in the
documenta in Kassel four times. In 1965 he had his first solo show at the Von der Heydt-Museum
Wuppertal, followed by one at the Kestner-Gesellschaft Hannover in 1967. From then on he had many
important solo presentations, e.g., in1978 and 2008 at the Städtische Galerie im Lenbachhaus, Munich, in
1985 at the Academy of Fine Arts Berlin, the Städtische Kunsthalle Düsseldorf, in1988 at the Haus der
Kunst Munich, in 1994 at the Russian Museum St. Petersburg, in 2008 at the Neue Nationalgalerie, Berlin
and at the Haus der Kunst, Munich. In 2002 he represented Germany at the XXV. Bienal de São Paulo.