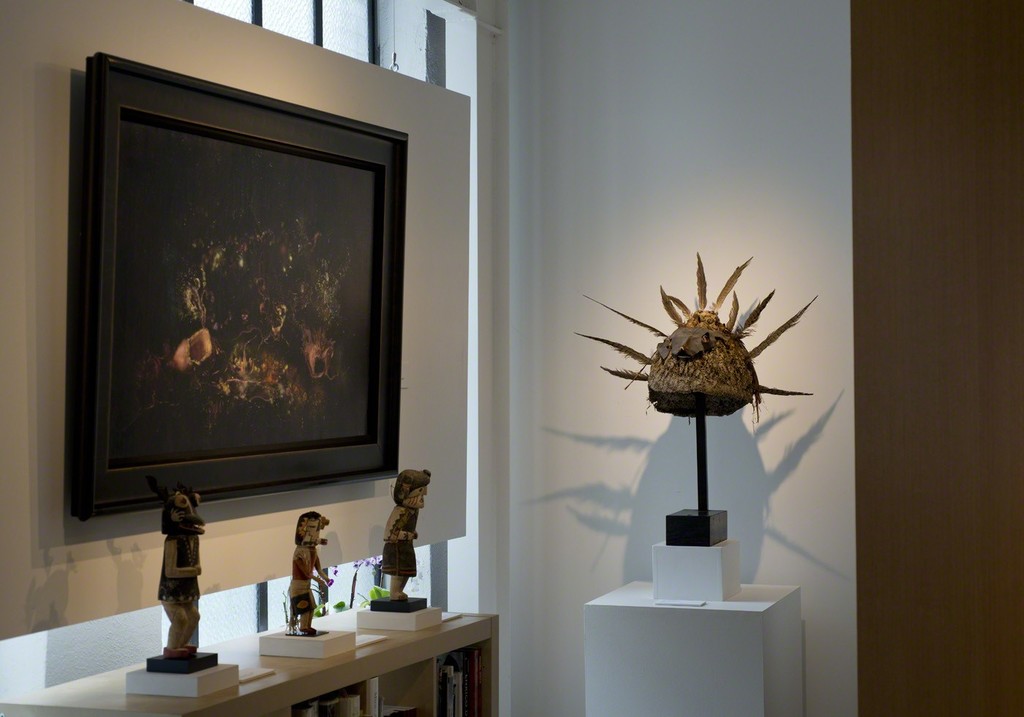 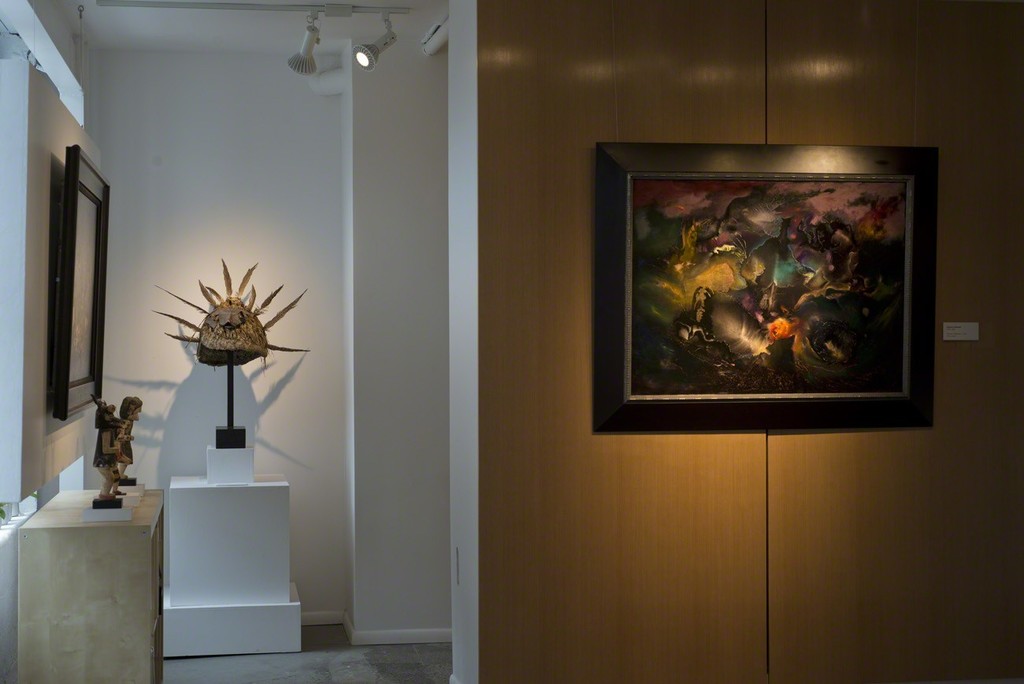 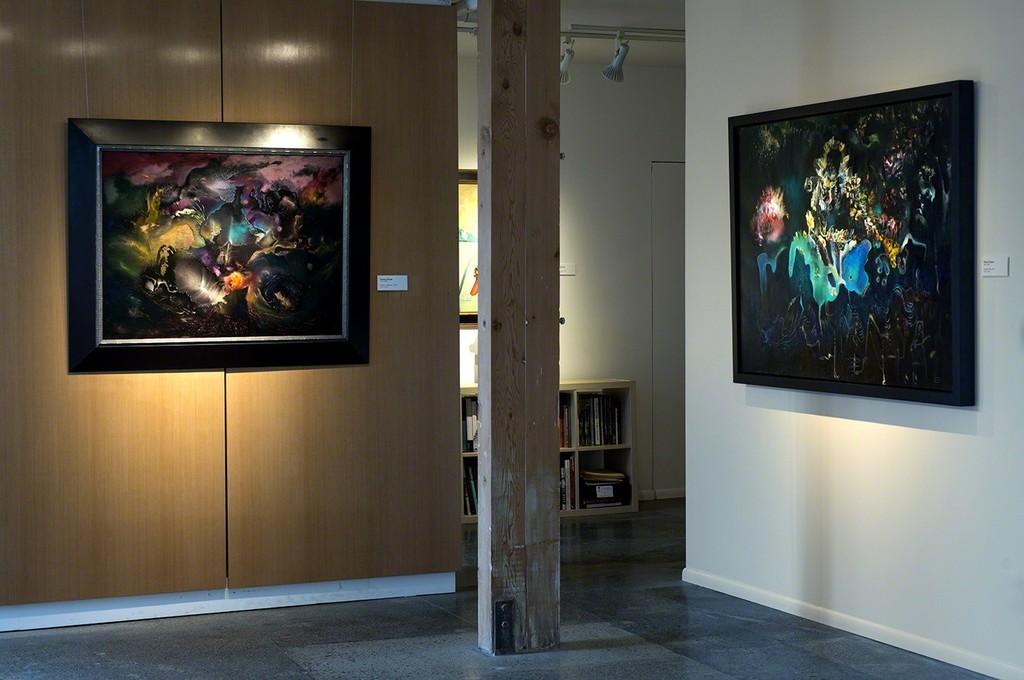 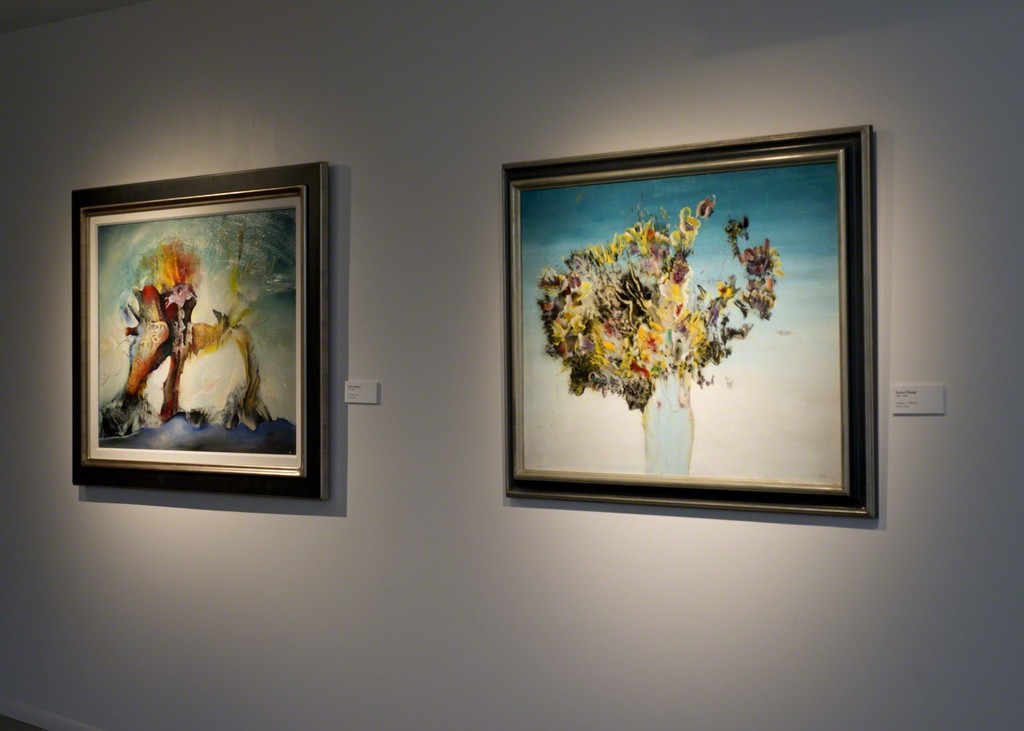 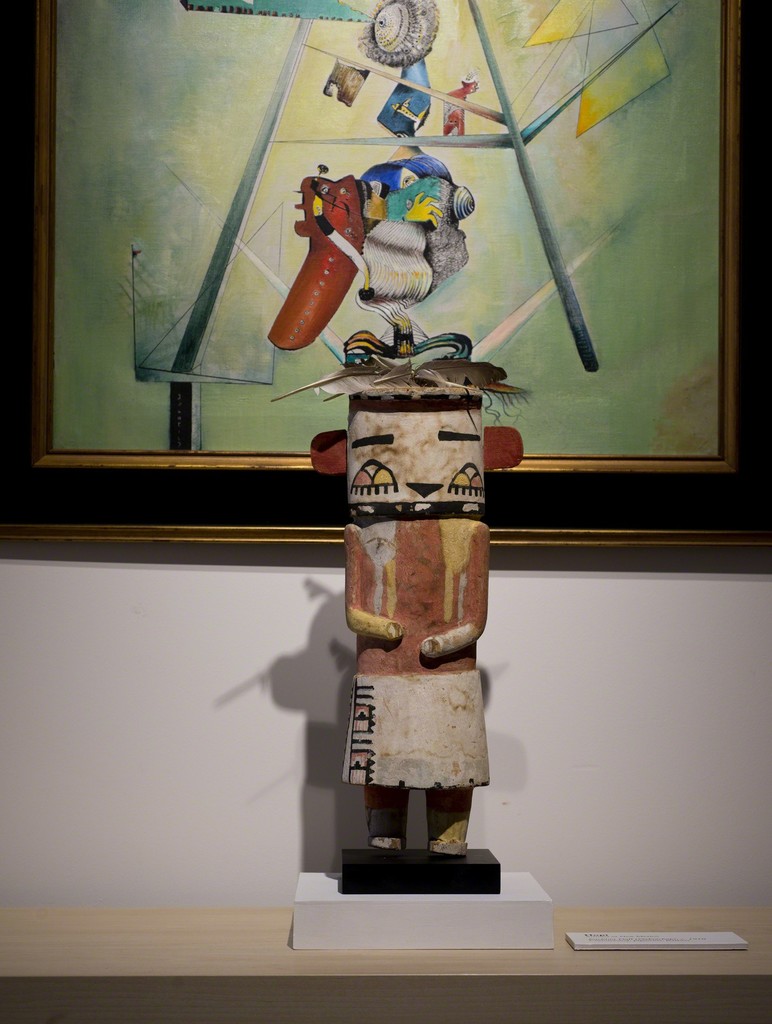 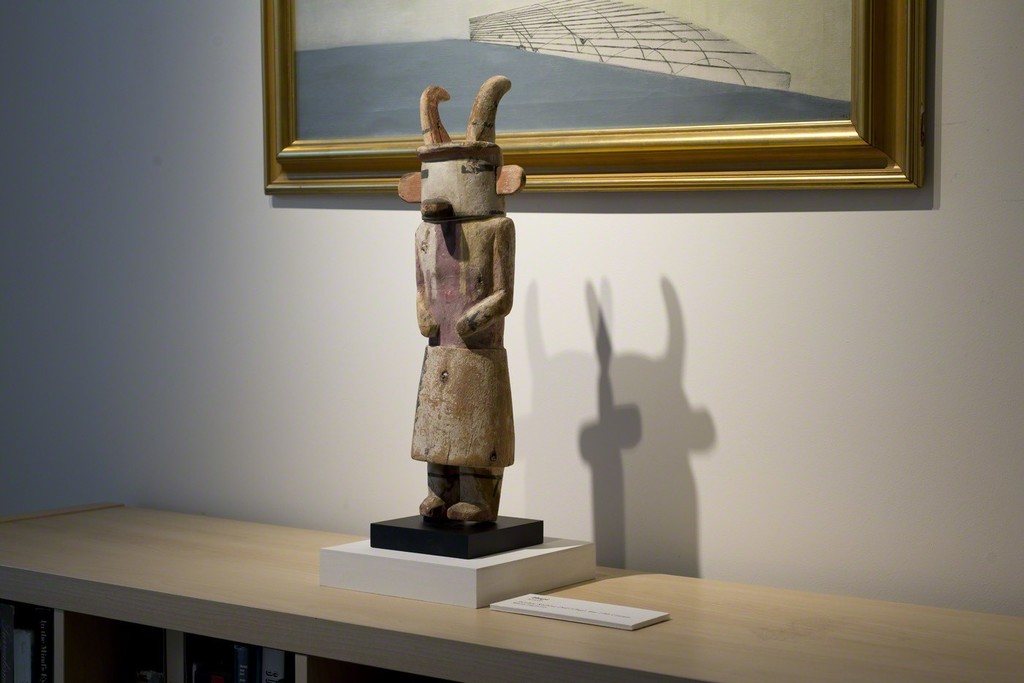 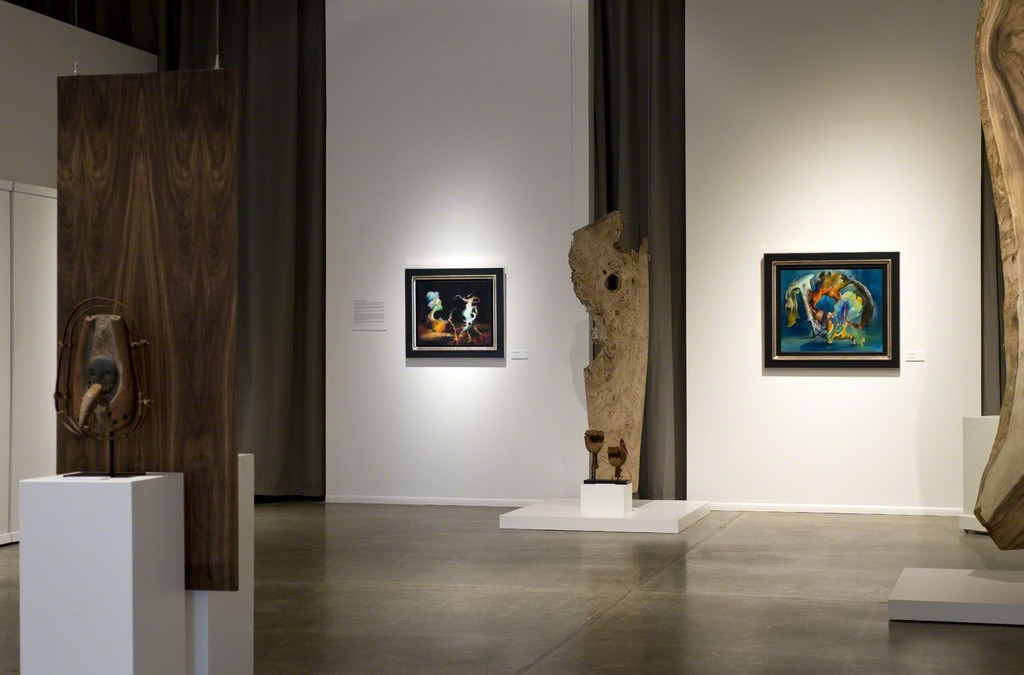 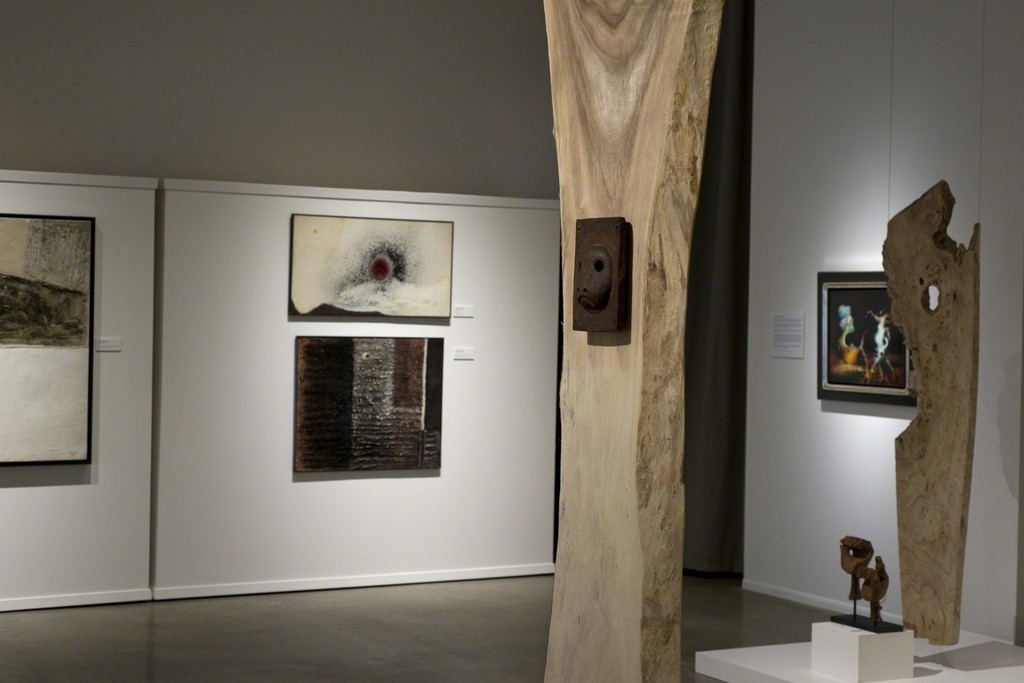 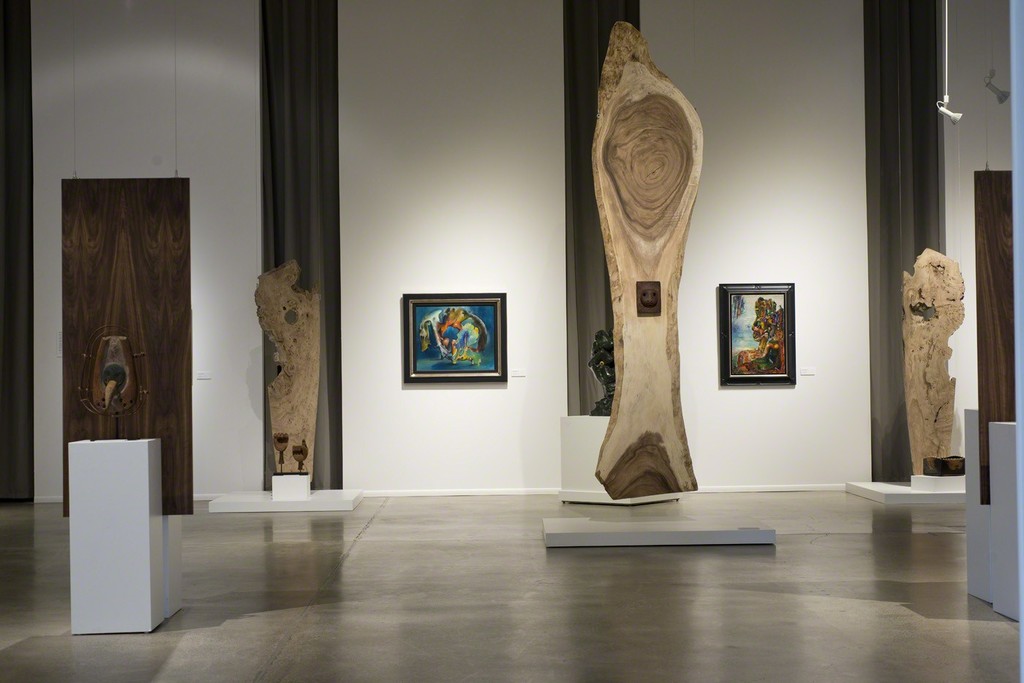 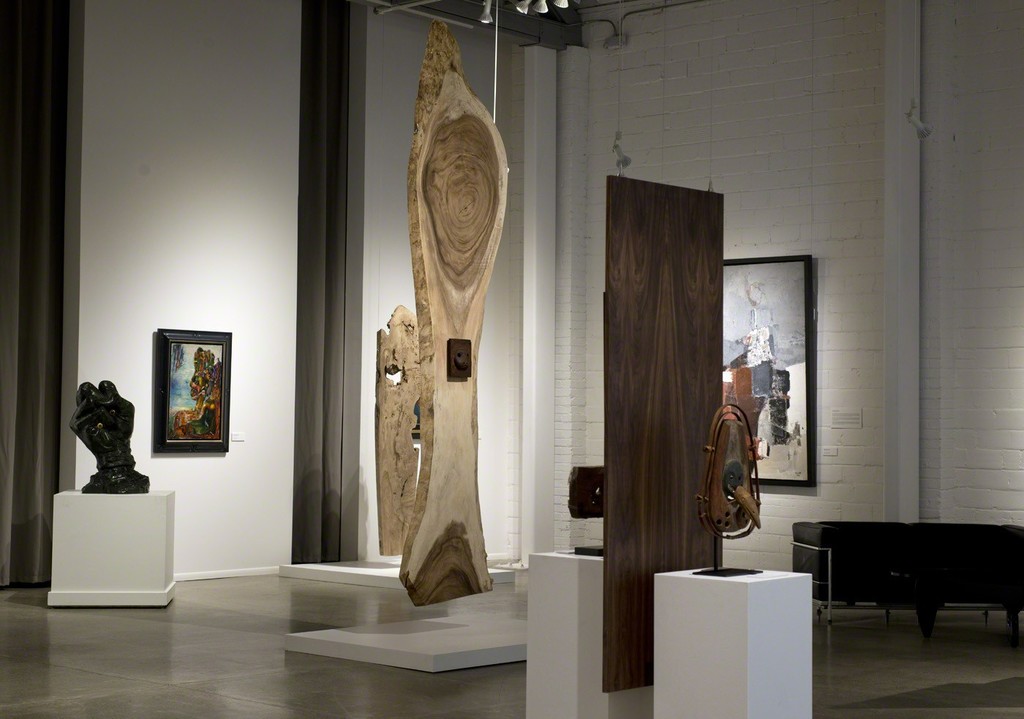 Weinstein Gallery is pleased to announce ENRICO DONATI – PRIMA MATERIA, opening February 20th and running through April 9, 2016. The exhibition includes 50 paintings and sculptures created between 1940 and 1965 and follows the artist’s transformation from the newest recruit of Surrealism to an innovator of textural abstraction at the birth of the New York School. On February 20, in conjunction with the exhibition’s opening, Weinstein Gallery will host a panel discussion featuring noted art historian Dawn Ades, author of the recently released monograph, Enrico Donati.

From as early as the 1940’s, Enrico Donati was intensely interested in the art of alchemy and its potential influence on the creative imagination. For the alchemist, the art of transforming ordinary raw materials into something precious begins with the prima materia, or “first matter,” which is the primal enigma from which all life emerges and eventually returns to. This exhibition examines Donati’s reoccurring theme of death, birth and rebirth and explores the diverse sources of prima materia in the artist’s paintings from history, archeology, and ethnography to science, alchemy and mysticism.

Said Rowland Weinstein, “It was my greatest honor to personally know Enrico Donati and call him my friend. Enrico’s artistic career is one of the very few real life examples of the shift in the art world from Surrealism in Paris to Abstract Expressionism in mid-century New York. My hope is that this exhibition will provide the viewer an opportunity to see these early paintings and consider them not just for their importance as works of art but their importance in the context of the historical period in which they were created.”

On February 20 at 4:00 P.M., a panel discussion with Dawn Ades and contributors to the newly- published book, Enrico Donati, will take place at Weinstein Gallery. Colin Browne, the renowned curator, poet and filmmaker, will moderate. Additional panelists will be announced at a later date. An opening reception for the exhibition will take place at 6:00 P.M., directly following the panel discussion. To reserve complimentary seats at both events, please email [email protected].

Enrico Donati (1909-2008) has work included in over 40 international museum collections including the Museum of Modern Art, New York; Philadelphia Museum of Art; the Arturo Schwartz Surrealist Foundation, Milan; and Fine Arts Museums of San Francisco, deYoung Museum; Known primarily as a Surrealist, Donati also enjoyed associations with the Spatialists of Milan and the New York School of Abstract Expressionists. He studied economics in Pavia, Italy before turning his attention to avant-garde music and ultimately painting in Paris, in the early 1930s at the École de la rue de Berri. While visiting the Musée de l’Homme, he discovered the sacred artifacts of the Native Americans. Determined to learn more about them and their ways, he traveled to the American Southwest and Canadian Northwest, living and trading with the people and learning their myths before returning to Paris. In 1939, he moved his young family to New York to escape the growing threat of war in Europe. He held his first exhibition at the New School of Social Research, where André Breton, leader of the Surrealist movement, saw the work and immediately embraced it, writing, “I love the paintings of Enrico Donati like I love a night in May.” Recognized as a new voice for Surrealism, the young artist found himself welcomed into the mélange of expatriate and American artists at the center of the New York art scene. He exhibited at the Exposition Internationale du Surréalisme in 1947 at the Galerie Maeght in Paris and collaborated with his friend Marcel Duchamp on the catalogue for the exhibition, painting 99 foam breasts which were attached to the catalogue with the statement, “Please touch” emblazoned on the back cover. Due to an accident in his studio involving a vacuum cleaner exploding, Donati began experimenting with fiber and created a series of paintings called the “Moonscapes”, as named by Duchamp. These works evolved into the "Fossil" series. Both of these series were shown at the famous Betty Parsons Gallery throughout the 1950s and 1960s to critical acclaim at the height of the Abstract Expressionist movement. While his visual language continued to evolve throughout the rest of his career, he always thought of himself as a Surrealist. A solo exhibition was held at the San Francisco de Young Museum of Art in 2007. The artist passed away in 2008 at his home in Manhattan at the age of 99.

Colin Browne is a poet, filmmaker and writer whose books of poetry include Abraham, Ground Water (a finalist for the Governor General’s Award and Dorothy Livesay Poetry Prize), The Shovel (nominated for the ReLit Award), The Properties (a Dorothy Livesay nominee), and, most recently, The Hatch, published in the spring of 2015 by Talonbooks. He was an editor of Writing magazine and a co-founder of the Kootenay School of Writing, the Praxis Centre for Screenwriters and the Art of Documentary workshops. He currently serves on the board and is a frequent contributor to The Capilano Review. His documentary films include Linton Garner: I Never Said Goodbye, Father and Son and White Lake, nominated for a Canadian Film Award as Best Feature Length Documentary. He participated in the restoration of Edward Curtis’ 1914 film In the Land of the Head Hunters and his current project explores the history and legacy of the Surrealist fascination with Pacific Northwest coast art in a forthcoming book, Scavengers of Paradise. Until recently, Colin taught filmmaking, film history and critical writing in the SFU School for the Contemporary Arts.