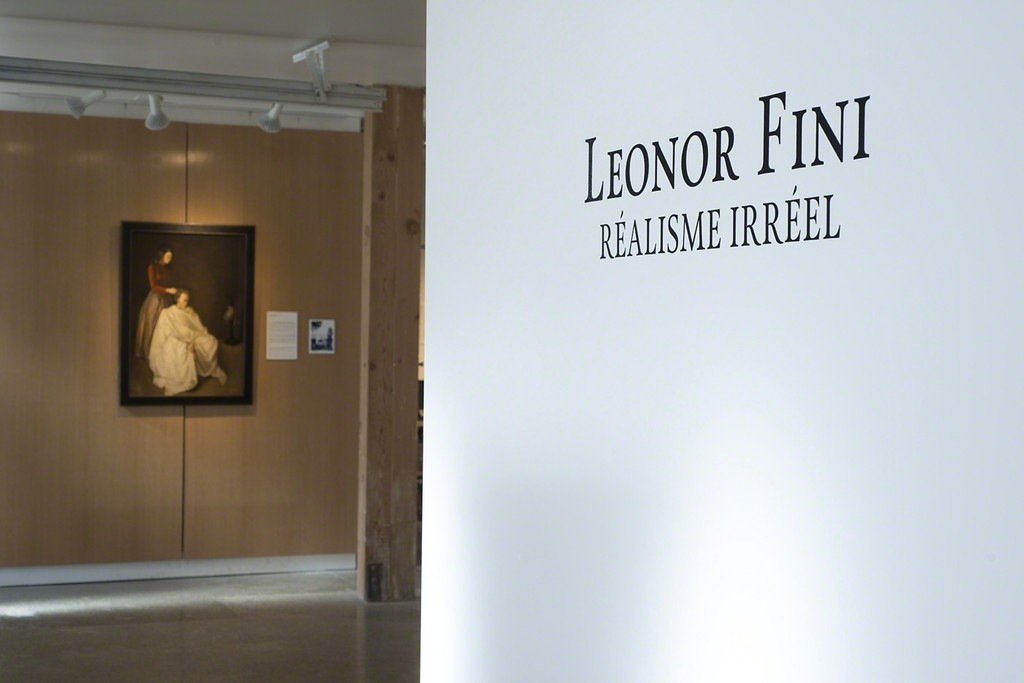 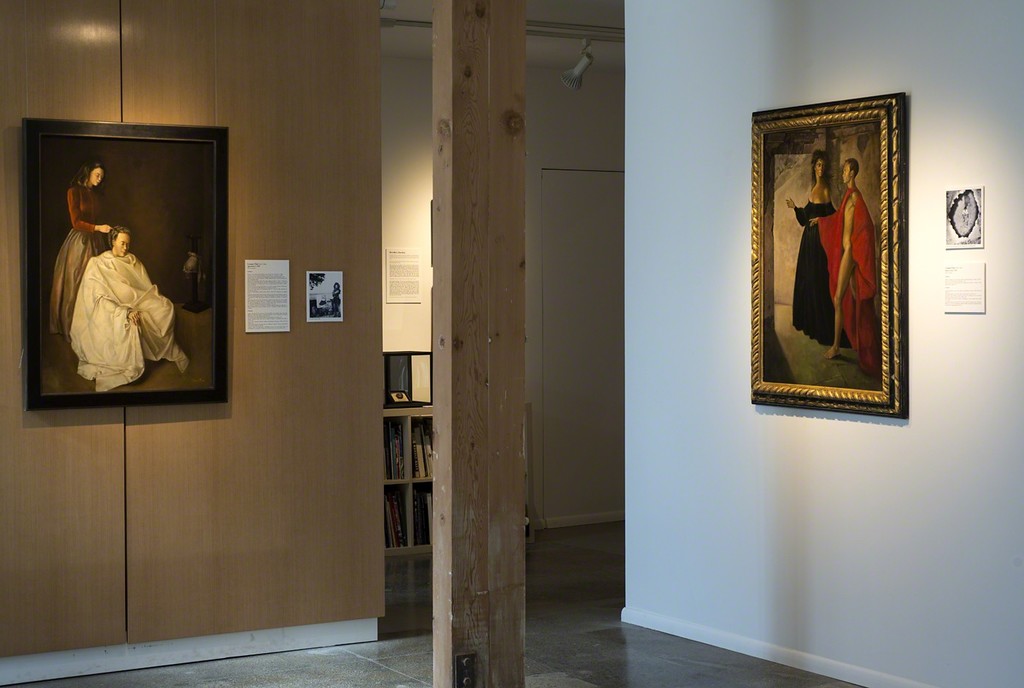 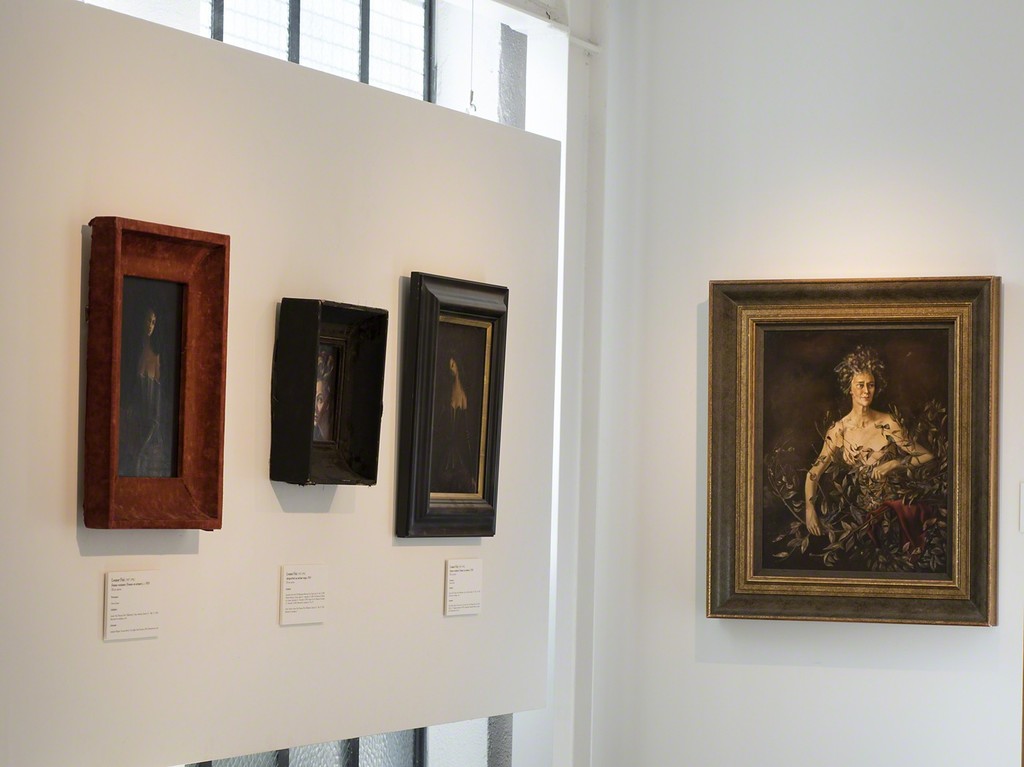 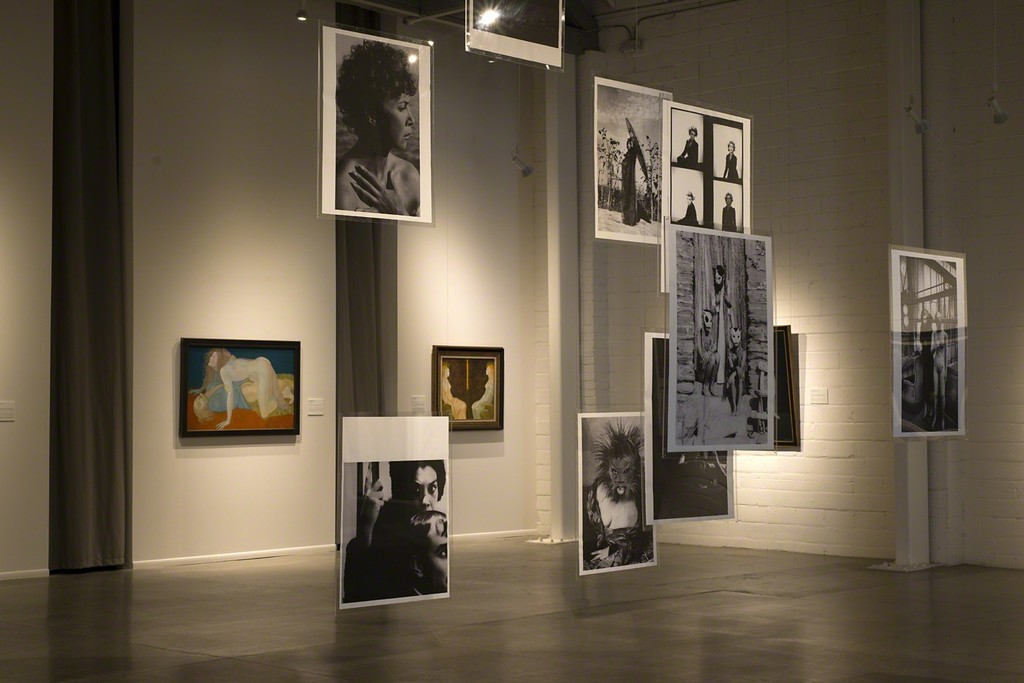 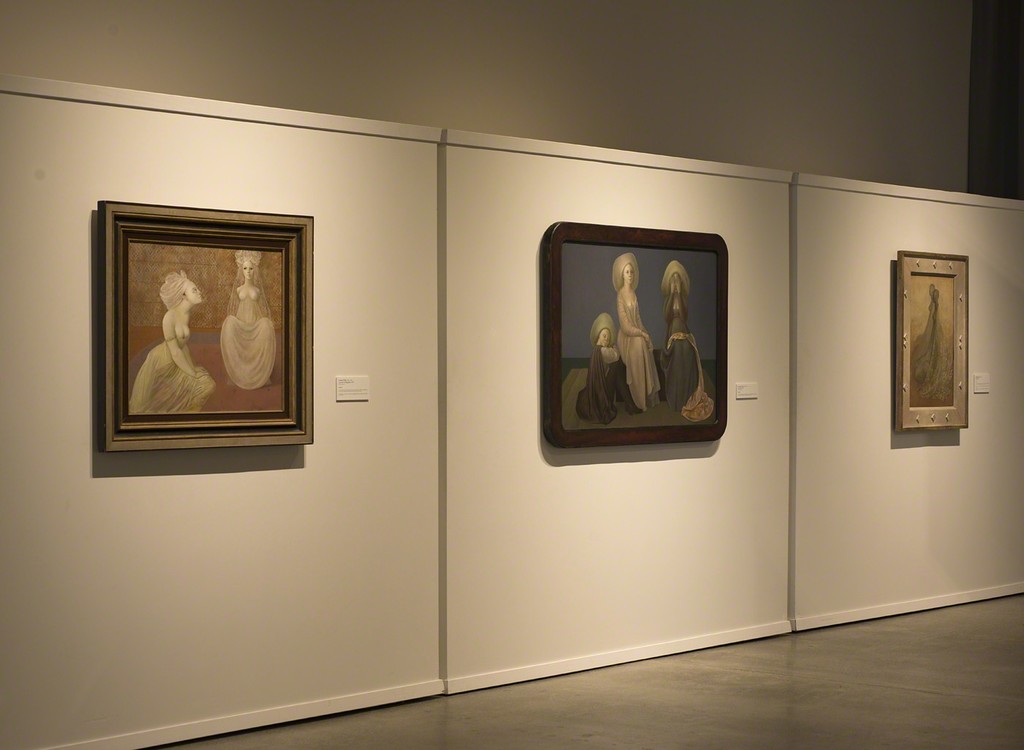 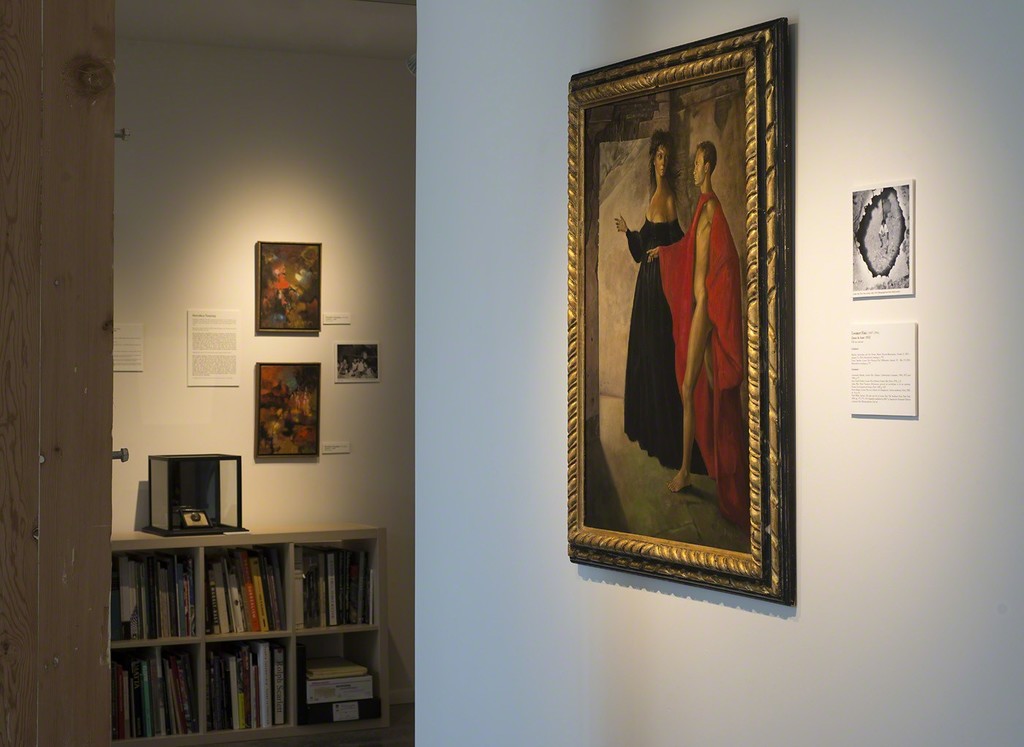 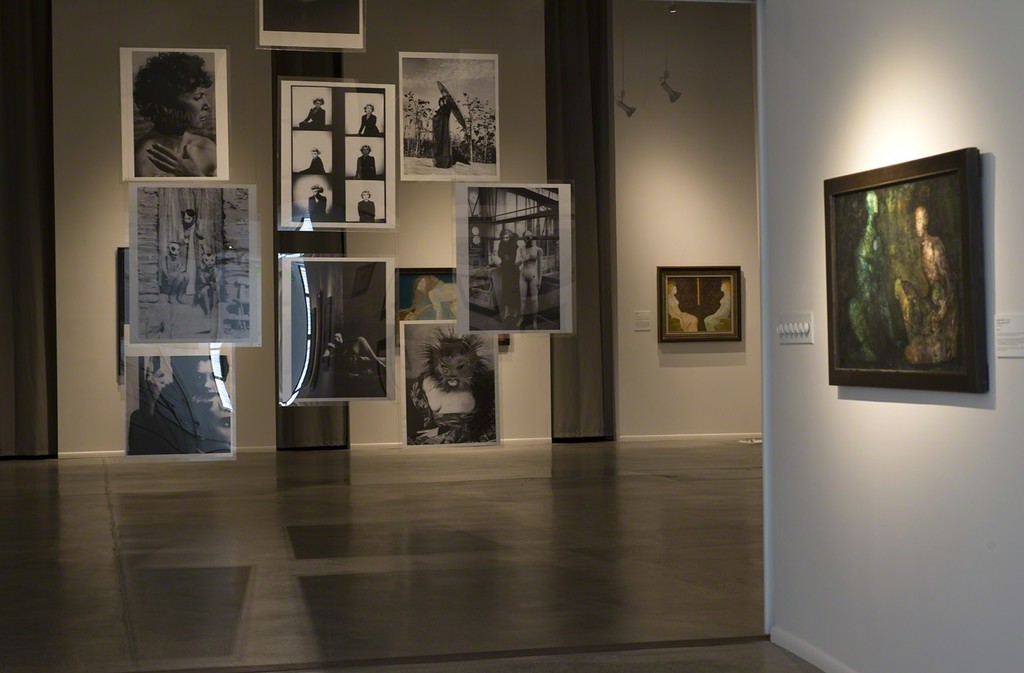 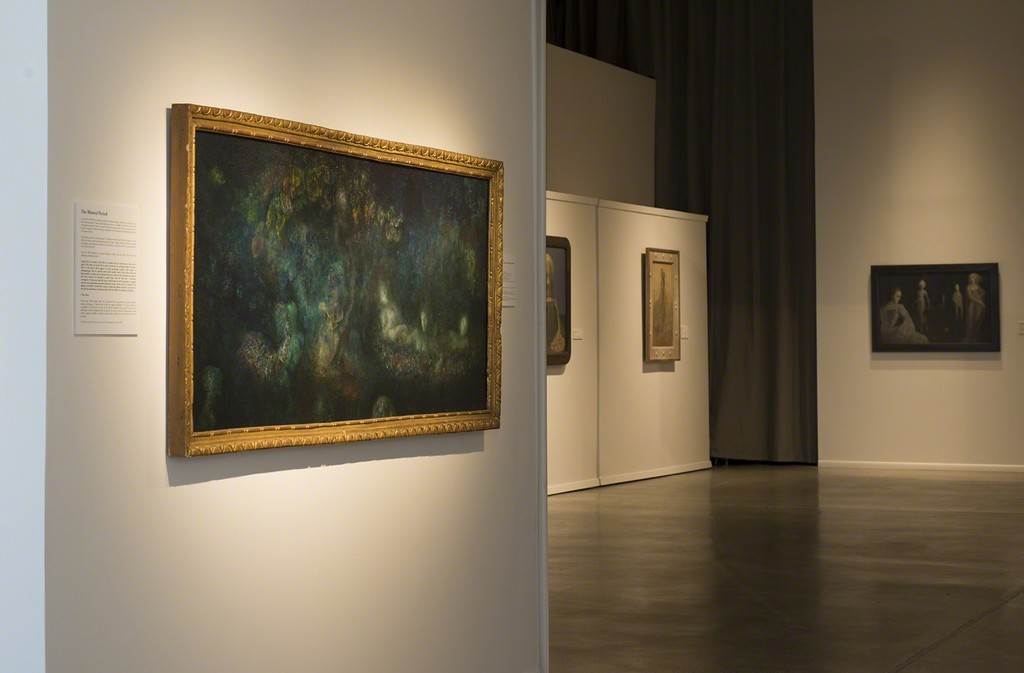 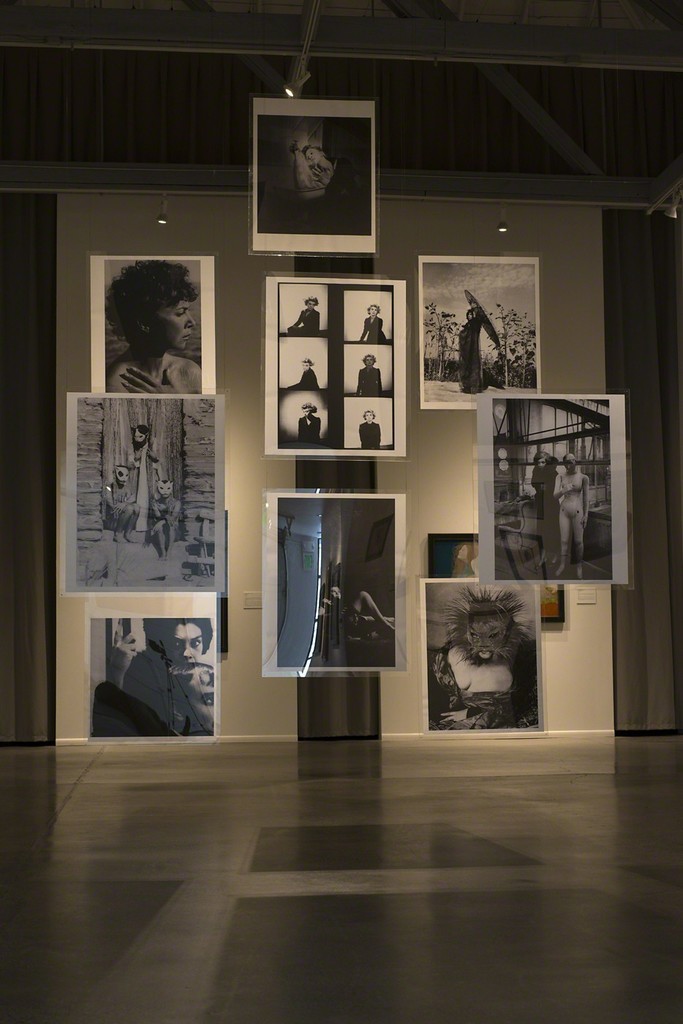 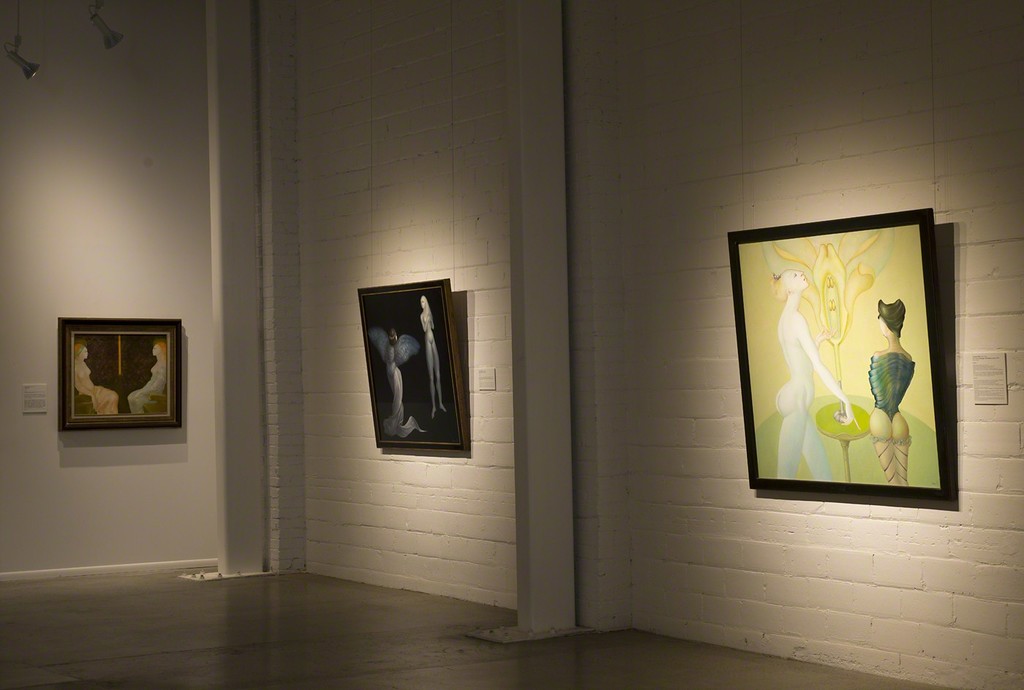 Weinstein Gallery presents Leonor Fini – Réalisme irréel, a new exhibition of works by one of the most important, idiosyncratic, and misunderstood artists of the 20th century, now through December 5, 2015. Fini’s vital and striking work is rich with sexual tension, mythic and cosmic imagery, and a boldness of vision that affirms her status as one of modernism’s great feminist vanguards. The exhibition features paintings and works on paper from throughout Fini’s six-decade career, as well as never-before-seen photographs and writings from the Leonor Fini Archive, Paris.

Leonor Fini was one of modernism’s great nonconformists, and a pioneer in both art and lifestyle. Fini utterly rejected those who called her a Surrealist, or even a “woman artist,” preferring to stake her own claim on modernism with a vision that owes more to the farthest shores of her imagination than to any affiliation with art trends, schools or movements. Over the course of her life, Fini knew and collaborated with some of the most remarkable thinkers and artists of the century, including Max Ernst, Man Ray, Leonora Carrington, Salvador Dali, Federico Fellini, and Jean Cocteau, who praised Fini’s paintings as possessing a quality of “réalisme irréel,” in which the natural becomes supernatural, and the supernatural, natural. Max Ernst described her paintings thusly: “Her paintings are made up of vertigo… inhabited by the most astonishing collection of legendary beings… Miraculous plays of darkness and light are given ultimate expression in the pulsating pearly colors of this chimerical flesh, that resembles the bifid love-making of sphinxes."
Weinstein Gallery is pleased to announce that on Sunday, November 1 at 1:30PM, the art historian Whitney Chadwick, one of the world’s foremost experts on Surrealism, will lead a special discussion and gallery tour. The event is free and open to the public.

Said Rowland Weinstein, "During her lifetime, Leonor Fini’s art and fiercely independent character granted her an almost mythic stature throughout the international art community. In all aspects of her life and work, from her sexually liberated relationships, to her abhorrence of the pre-fabricated notions of what a ‘woman artist’ should represent, she was vastly ahead of her time. Like the Sphinx, with which she felt such a strong identification, Fini continues to intrigue, beguile, and fascinate in equal measure. There is truly no other artist like her.”

A catalogue raisonné of Fini’s work is scheduled to be published in early 2017.

Leonor Fini (1907-1996) is considered one of the most important women artists of the twentieth century – though she rejected the label of “woman artist” – and also one of the most misunderstood. Frequently labeled a Surrealist, she was never a member of that group or movement. The originality of her art as well as her intelligence, famous wit and charisma accorded her celebrity status in the Paris art world and beyond beginning in the late 1930s. Often eclipsing and even compromising her standing as a major artist was the originality and impact of her personal style. Her panache and glamour, once they found a place in the collective imagination of the time, turned her into a much publicized fashion and feminist icon. Always controversial, with as many detractors as admirers, she lived and painted consummately on her own terms.

The predominant themes in Leonor Fini’s art are sexual tensions, mysteries and games. One of her favored subjects is the interplay between the dominant female and the passive male and in many of her most powerful works the female takes the form of the sphinx. She was also a renowned portraitist and among her subjects were such friends as writers André Pieyre de Mandargues, Jean Genet, such actresses as Anna Magnani and Suzanne Flon, ballerina Margot Fonteyn, film director Luchino Visconti and artists Meret Oppenheim and Leonora Carrington.

Whitney Chadwick was educated Middlebury College and The Pennsylvania State University. She specializes in twentieth-century European and American art, feminism and gender studies. Her books include Myth in Surrealist Painting; Women Artists and the Surrealist Movement; Significant Others: Creativity and Intimate Partnership (edited with Isabelle de Courtivron); Leonora Carrington: la realidad de la imaginacion; Mirror Images: Women Surrealism, and Self-Representation; The Modern Woman Revisited: Paris between the Wars (edited with Tirza True Latimer); and Amazons in the Drawing Room: The Art of Romaine Brooks. She has also published the novel, Framed. She has contributed to exhibition catalogs on the work of Sheila Hicks, Nalini Malani, Mona Hatoum, Maria Elena Gonzalez, among other artists. She is a frequent contributor to conferences and periodicals and has lectured widely on surrealism, gender, and contemporary art.

Weinstein Gallery was established in 1992 and specializes in non-objective and surrealist art from prewar Europe through the New York school and abstract expressionism. The gallery represents the estates of Enrico Donati, Gerome Kamrowski, and David Hare, as well as Rudolf Bauer and Hassel Smith. Additionally, the gallery is recognized for its collection and commitment to the women of the surrealist movement with an extensive collection of Leonor Fini and signature works by Leonora Carrington, Kay Sage, Stella Snead, Juanita Guccione, & Dorothea Tanning. The surrealism collection includes major works by Yves Tanguy, Max Ernst, Roberto Matta, Oscar Domínguez, Gordon Onslow Ford, Wolfgang Paalen, and Kurt Seligmann.