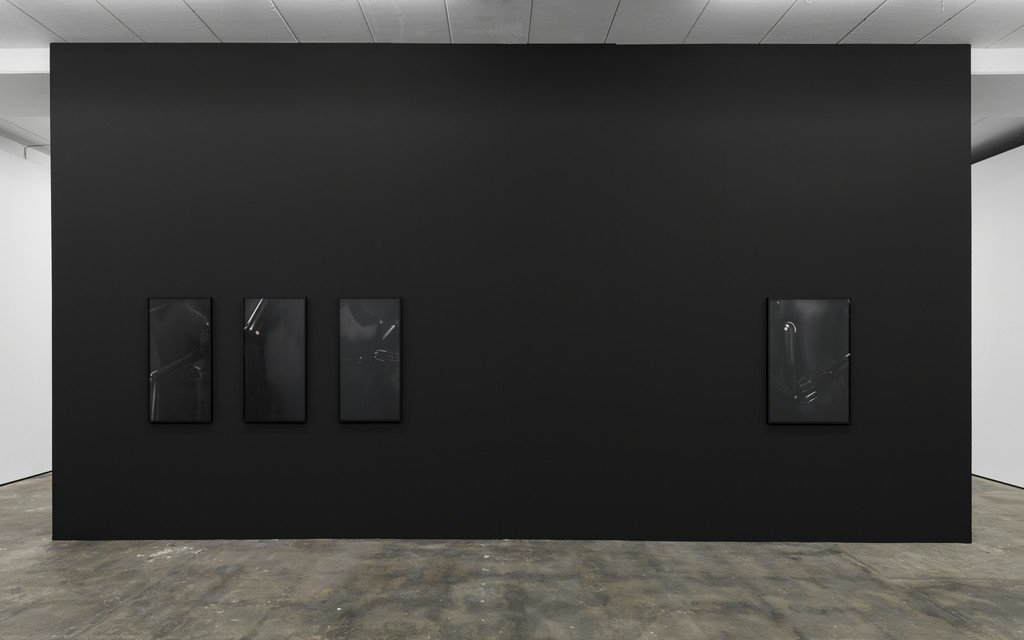 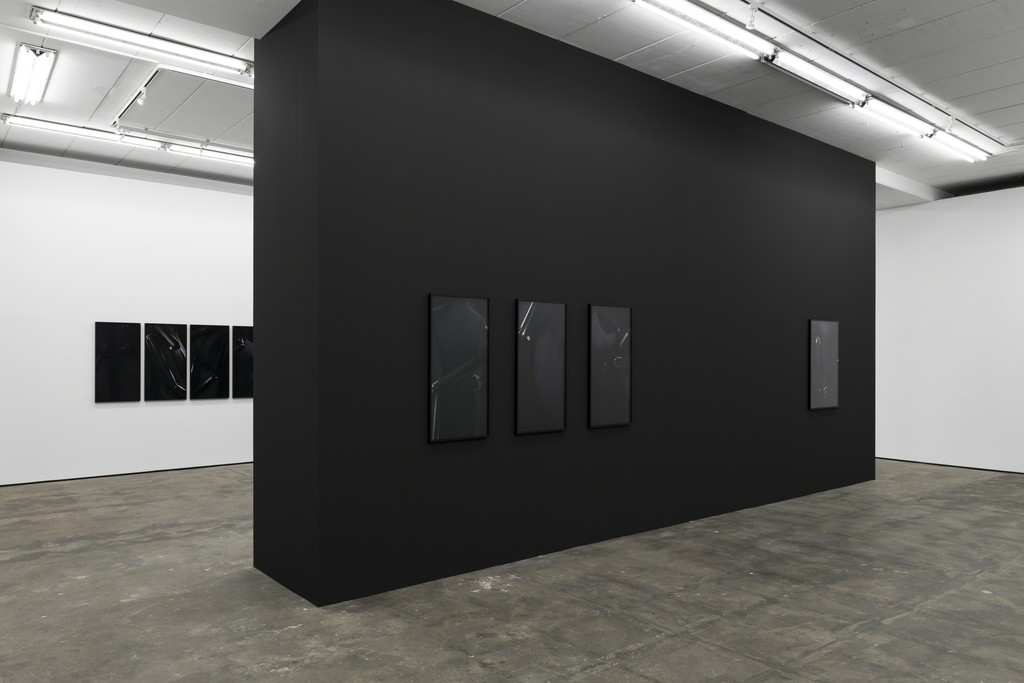 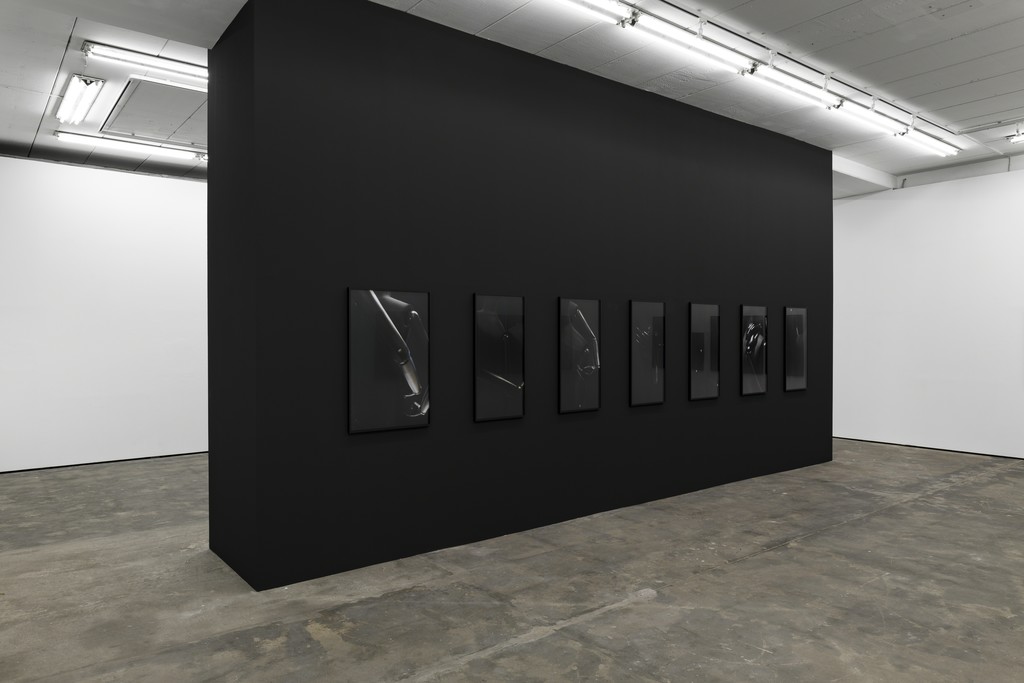 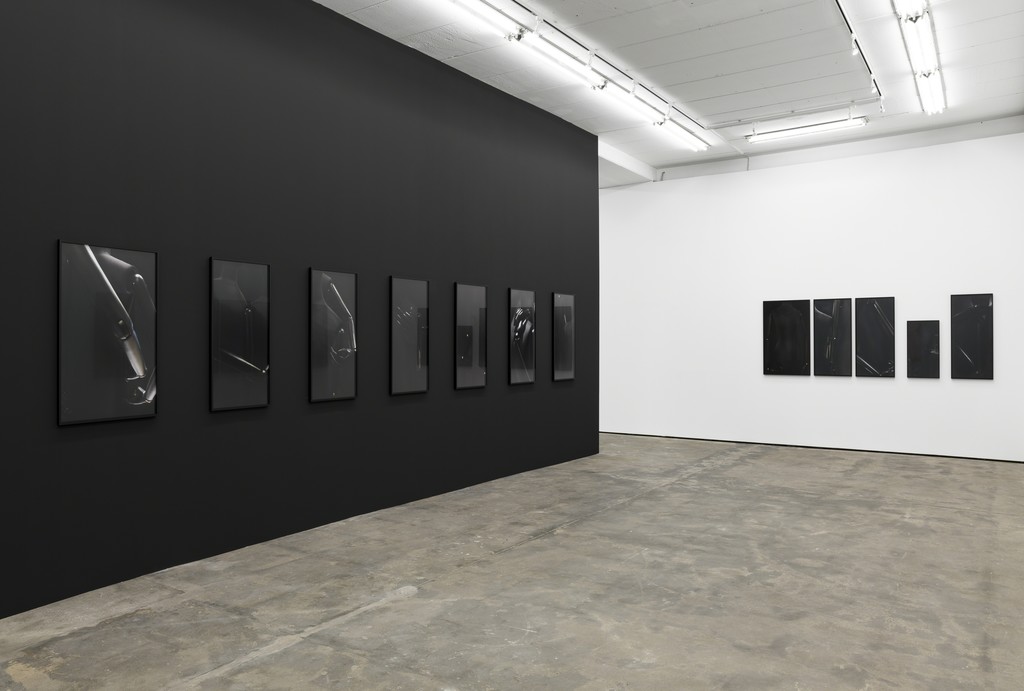 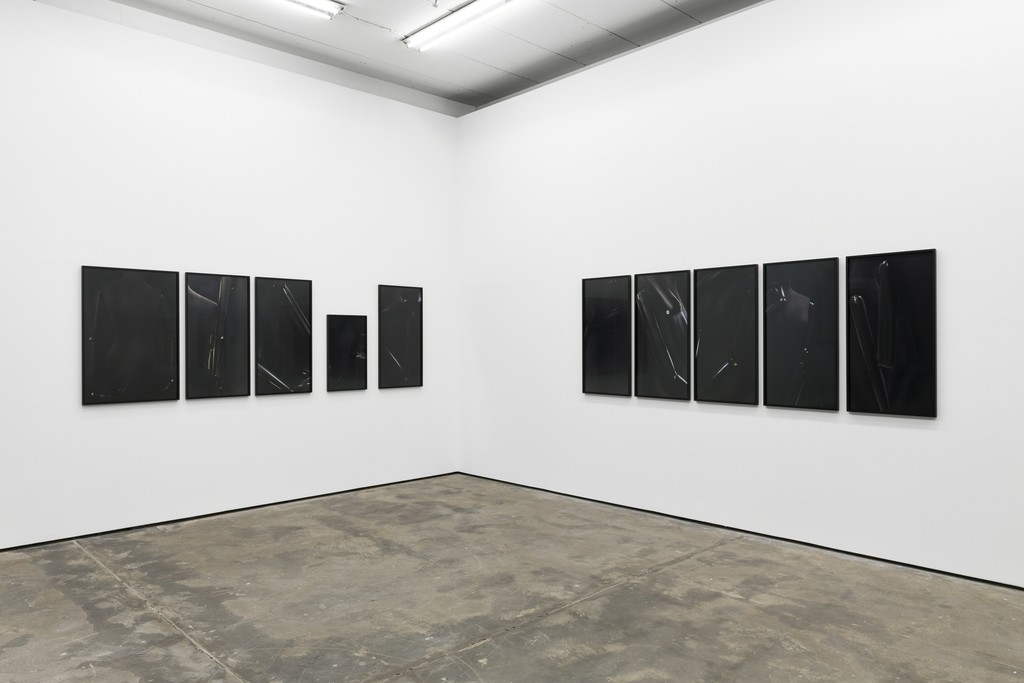 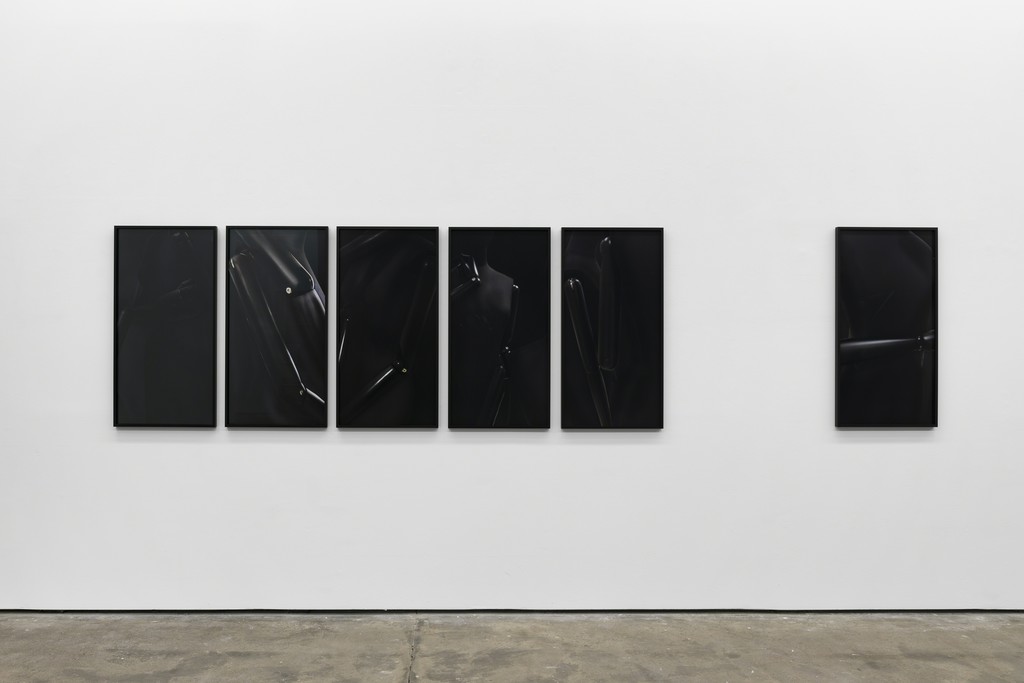 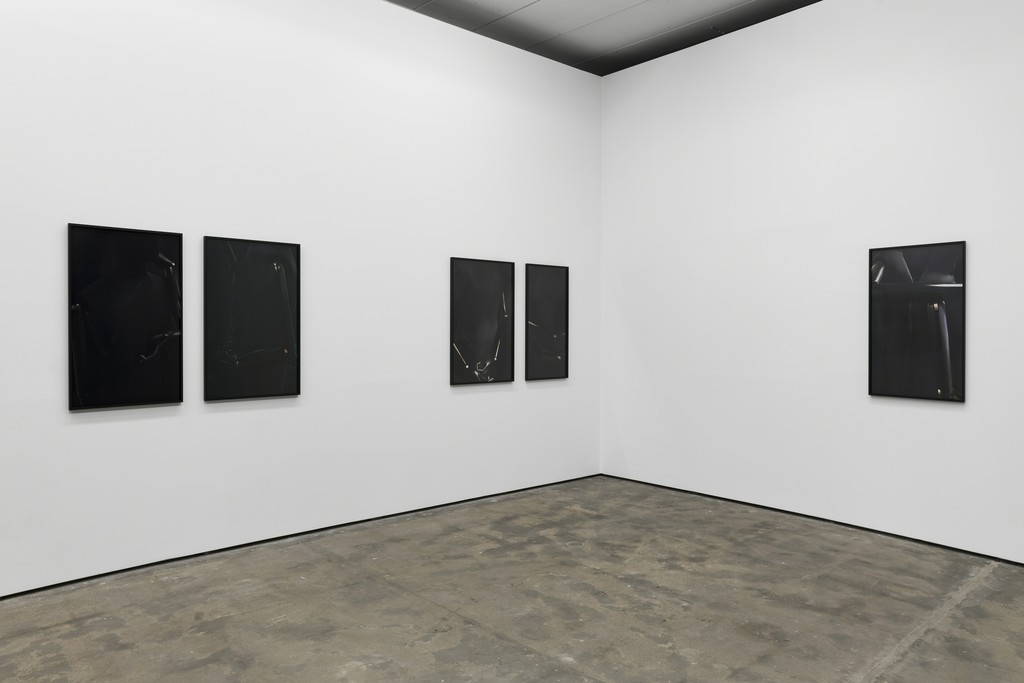 In her first solo show at WENTRUP, Louisa Clement is showing the new series "Gliedermenschen".
In 27 large-format photographs, we see sections of black manikins before a dark background, their screws and joints in shining gold. Some manikins have their arms folded, others assume anatomically impossible poses, and over time, a tenderness amongst the figures becomes evident, when their fingers touch, or one manikin embraces another.
The manikin as an object of cultural history appears in various shapes; as an aid for drawing and anatomical studies it is well known to art history. But it also became an autonomous work of art, for example in cabinets of curiosities. Especially the history of mechanical manikins at the courts of the 18th century – the automatons – are an important point of reference for Clement’s photographs, because these machine manikins of automaton art were much more than objects of study – they became animated creatures that seemed to have a soul.
Over recent years, Louisa Clement has been exploring in her photographic series questions about real and simulated bodies. In her recently realized series of Avatars, Clement showed new variants of brightly colored discarded shop window mannequins made of acrylic resin. The frame of reference here ranges from Edgar Atget’s shop window photographs from the early 20th century to more recent developments such as the genesis of the digital avatar at the turn of the century. In both cases, at issue was an animation in the literal sense, that is to say, giving the objects behind the windows or screens a soul.
Clement assembles her new series of "Gliedermenschen" at WENTRUP under the title "Des Tänzers Weg der Seele" and thus paraphrases Heinrich von Kleist’s "Über das Marionettentheater" (1810) [On the Marionette Theater]. This essayistic short story that proposes that a perfect naturalness in movement is only possible in the following moments: namely through a divine and thus infinite consciousness. After the fall of man, that seems unachievable. Or could a perfect, natural movement manifest itself in the complete absence of consciousness?

The latter state comes about, Kleist writes, in the manikin as marionette. Because the “machinist” controlling the marionettes, Kleist writes, shifts the marionette’s center of gravity along a line that is nothing less than the “path the soul of the dancer takes.”
Louisa Clement’s convent of "Gliedermenschen" at WENTRUP is therefore precisely not an assembly of pictures of manikins, but shows close-ups and sections of intimacy, closeness, vanity, and fragility of the automatons transformed into humans: a group of Gliedermenschen.