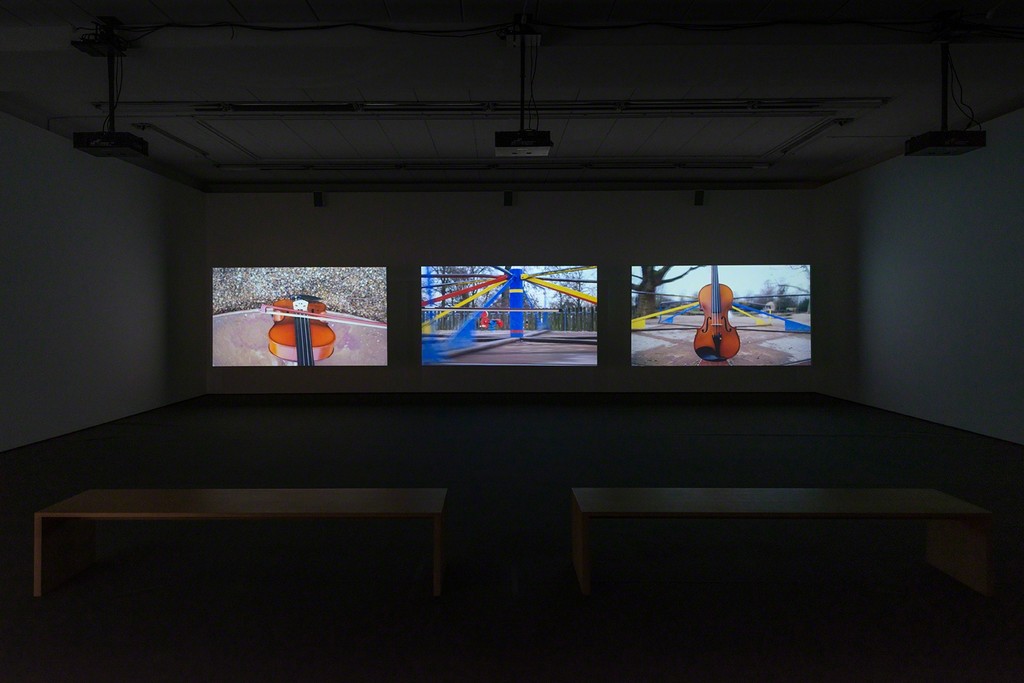 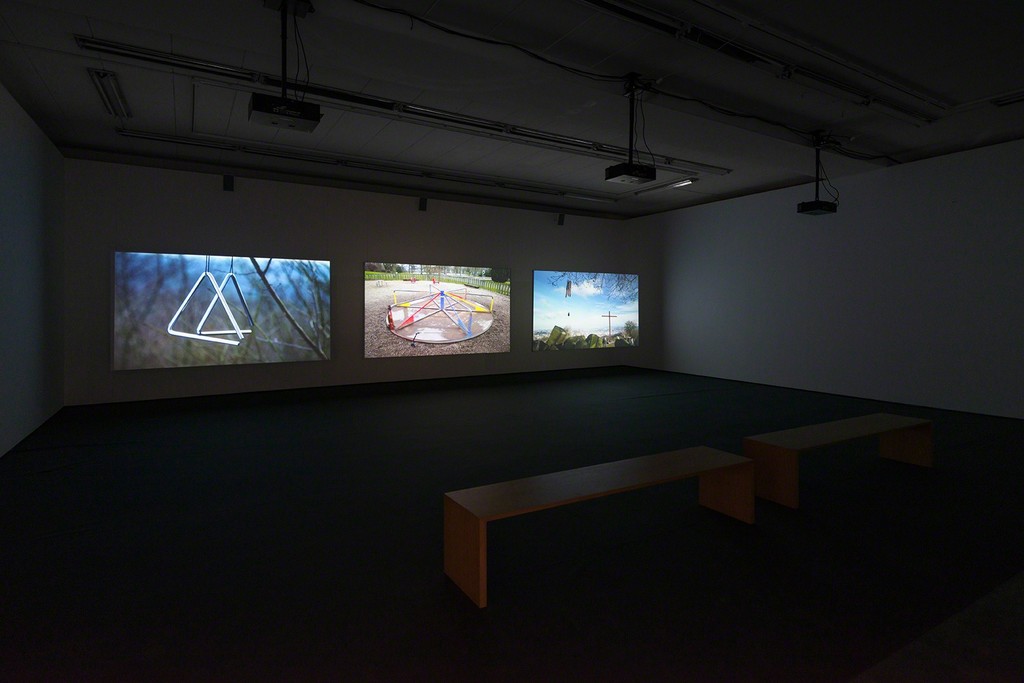 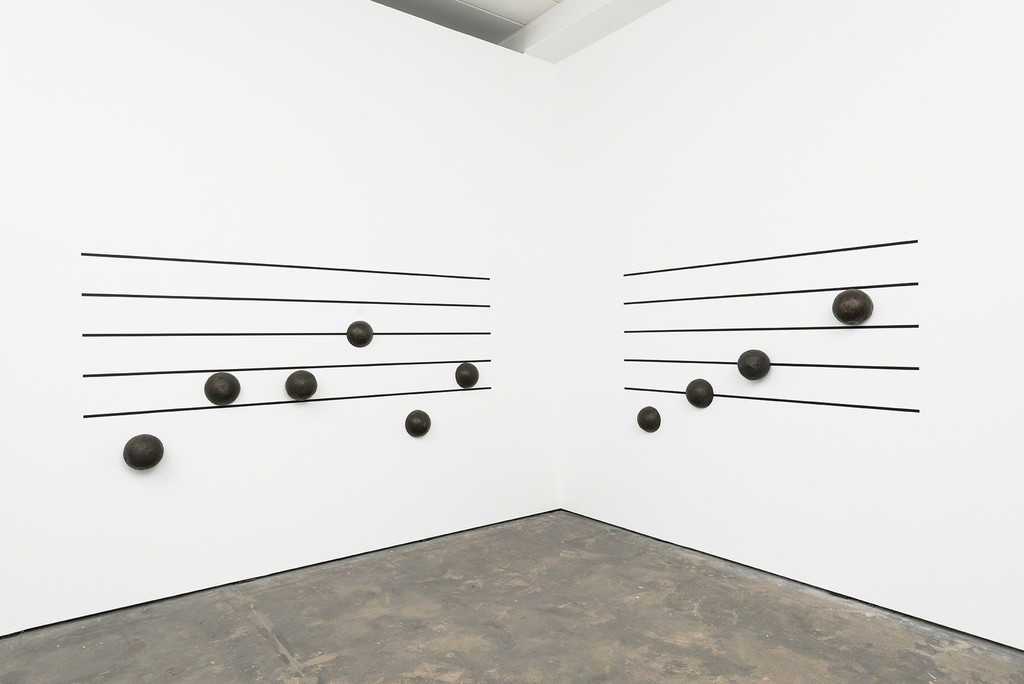 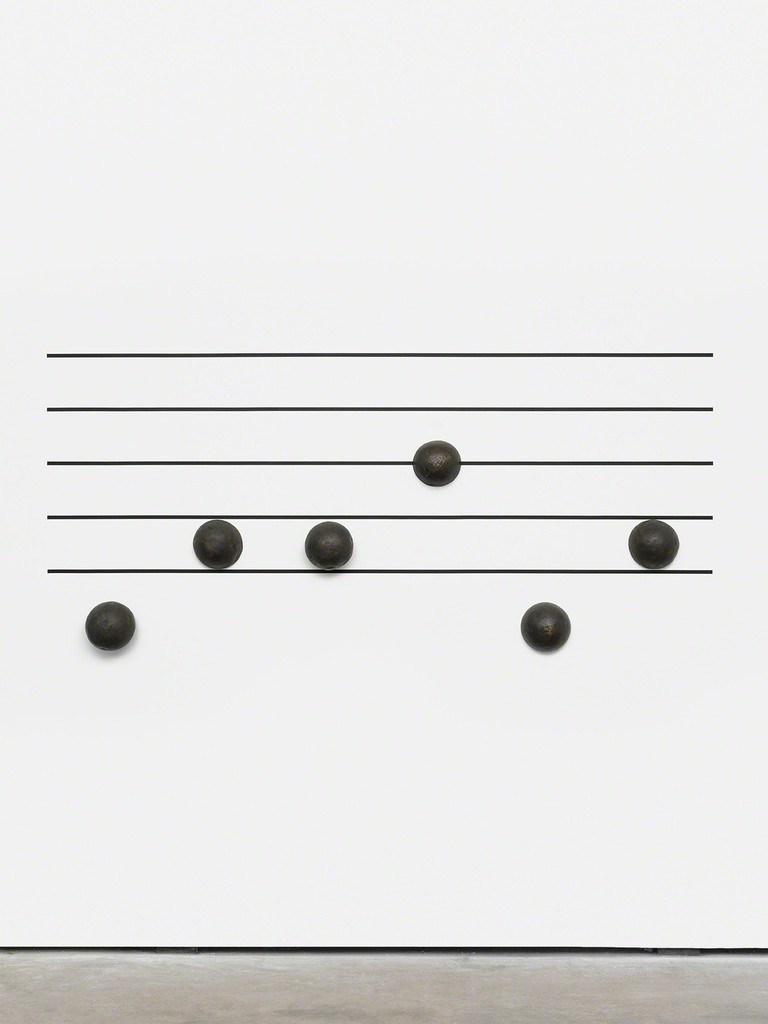 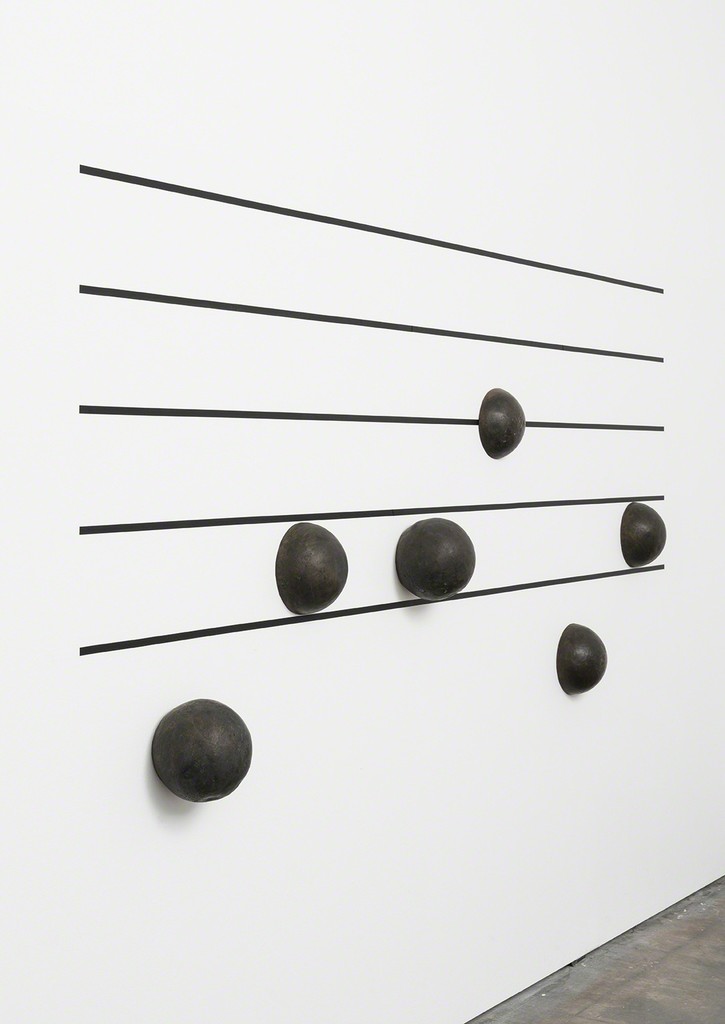 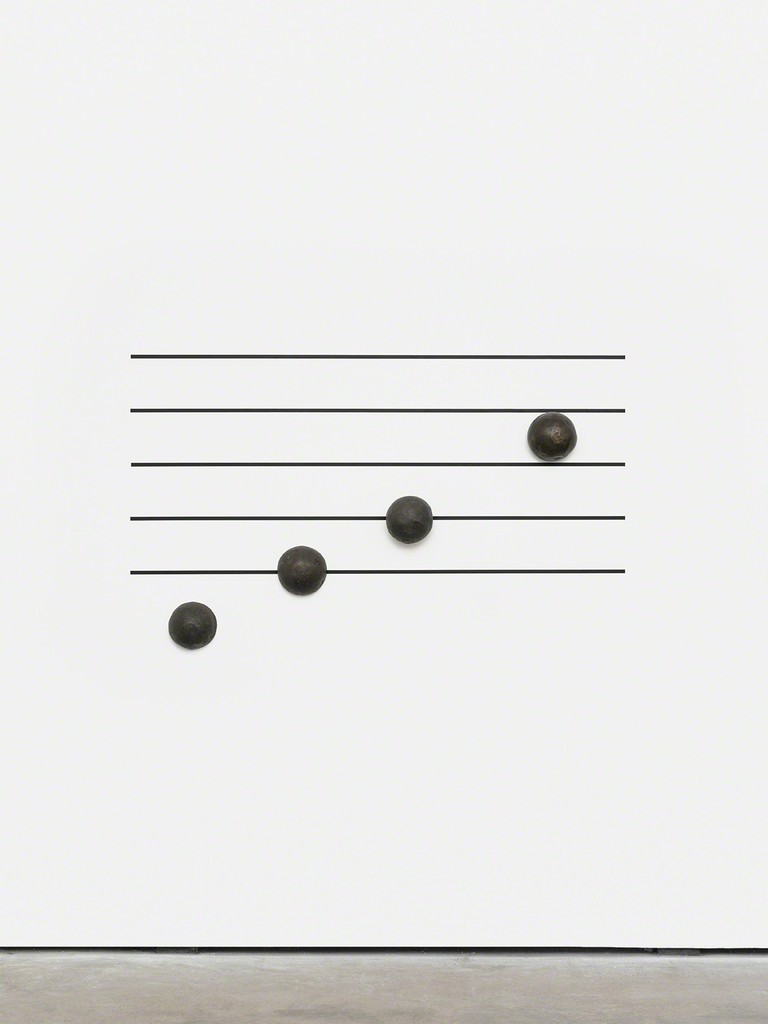 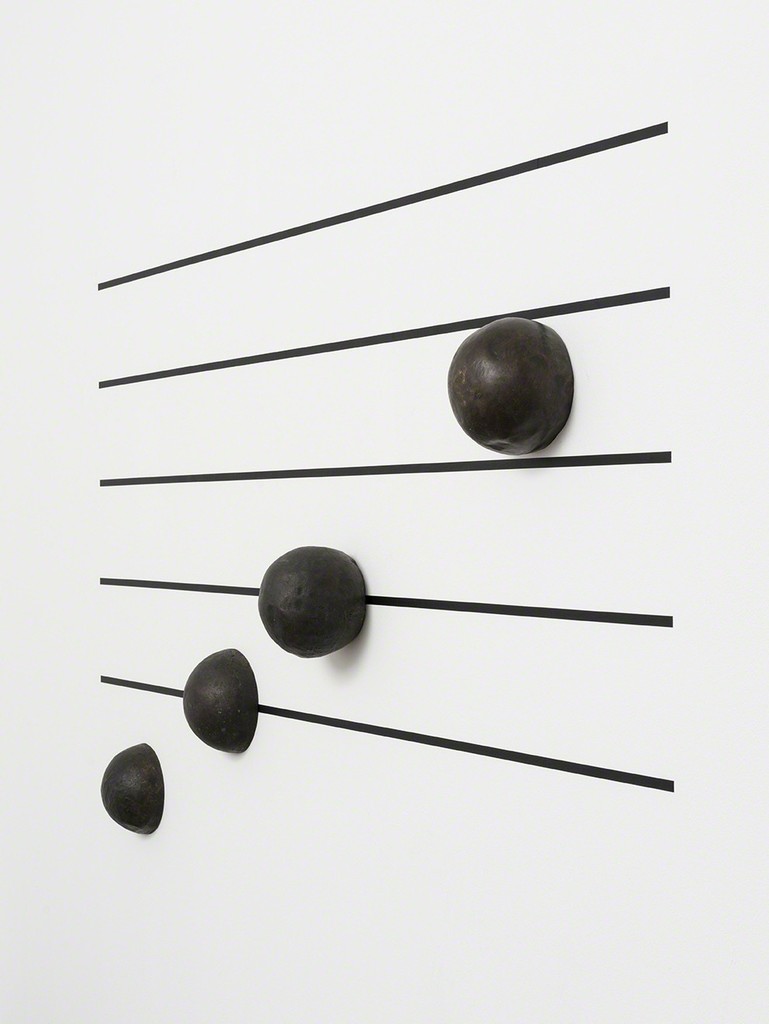 "Traces", Nevin Aladag’s latest solo show at WENTRUP, is named for her new 3-channel video work, which is also on view concurrently at the Kunstmuseum Stuttgart. On three separate projection surfaces, Aladag creates a large-scale sound-and-image portrait of the city of Stuttgart, the place she spent her childhood and adolescence. Here we encounter, for instance, an accordion that plays as it unfolds along the length of a lamppost, or a frame drum that rolls loudly through a park landscape. A flute trills as it sails off into the sky with a balloon; the chestnuts in a chestnut tree play a gong and a violin turns on a merry-go-round.
"Traces" is fascinating especially in moments of the orchestrated interaction of only partially controllable sounds. Are sound and image coming together here to tell a tale? As surprisingly as a symphonic interplay seems to arise, it disintegrates just as quickly back into cacophony. The artist has neither designed a soundscape of pure noise, nor has she composed an interpretive piece about the city. Rather, Aladag has invented a remarkable hybrid. The most disparate urban situations become the players in an orchestra. Rocking horses in the pedestrian zone and the slopes of vineyards, downhills on the main street and a carousel in a playground constitute the ensemble that, under Aladag’s direction, performs an audio rendition of their city on the accordion, drum, flute and violin – and elicits wholly unexpected possibilities from each classical instrument.

In the second room of the gallery, Aladag shows the work "Tusch", a sequel to her work "Marsch" from 2014, which was shown at several venues, including an outdoor installation at Kunsthalle Basel. Castings of 17th century cannonballs are the basic elements in "Marsch" and "Tusch". A Tusch is a fanfare, usually played in performative contexts to introduce, conclude or emphasize speeches or performances by honored soloists or conductors. Aladag notates one such Tusch on the wall – the heads of the notes are the cannonballs, which undergo a musical reinterpretation of their original ballistic milieu. Nevertheless, Aladag leads us back to the projectile context, for it is a fanfare that introduces the shooting of the cannon in the circus. The cannonballs’ notation depicts the fanfare that acoustically announces their entrance into the ring.