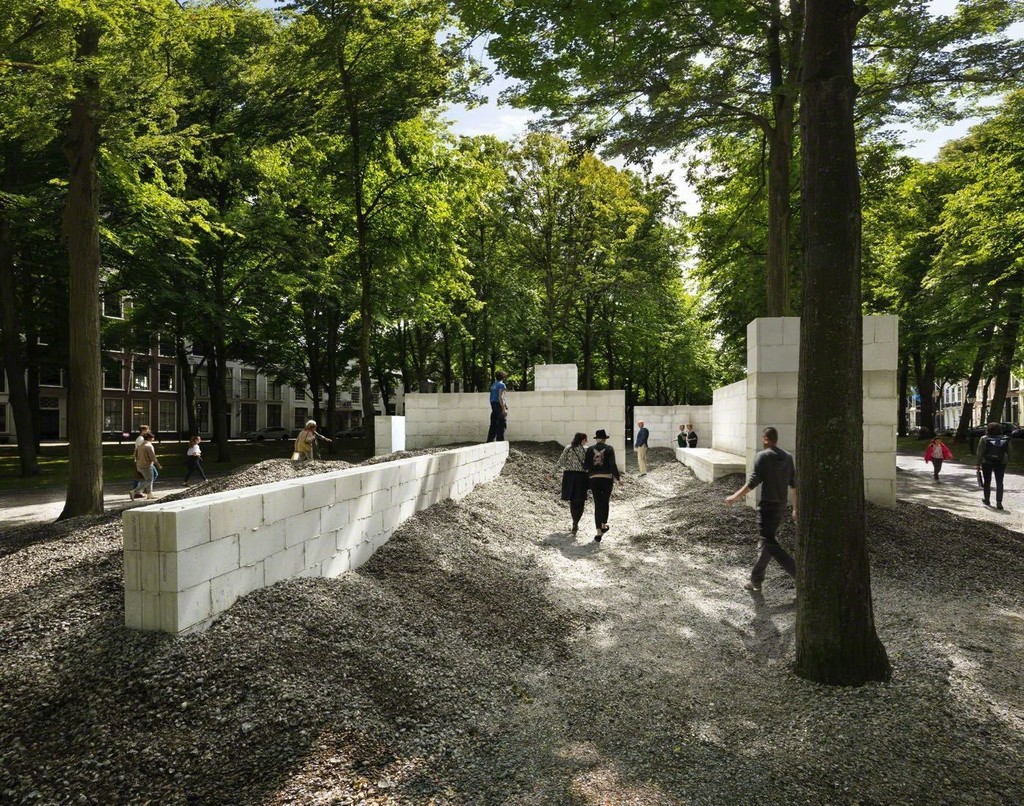 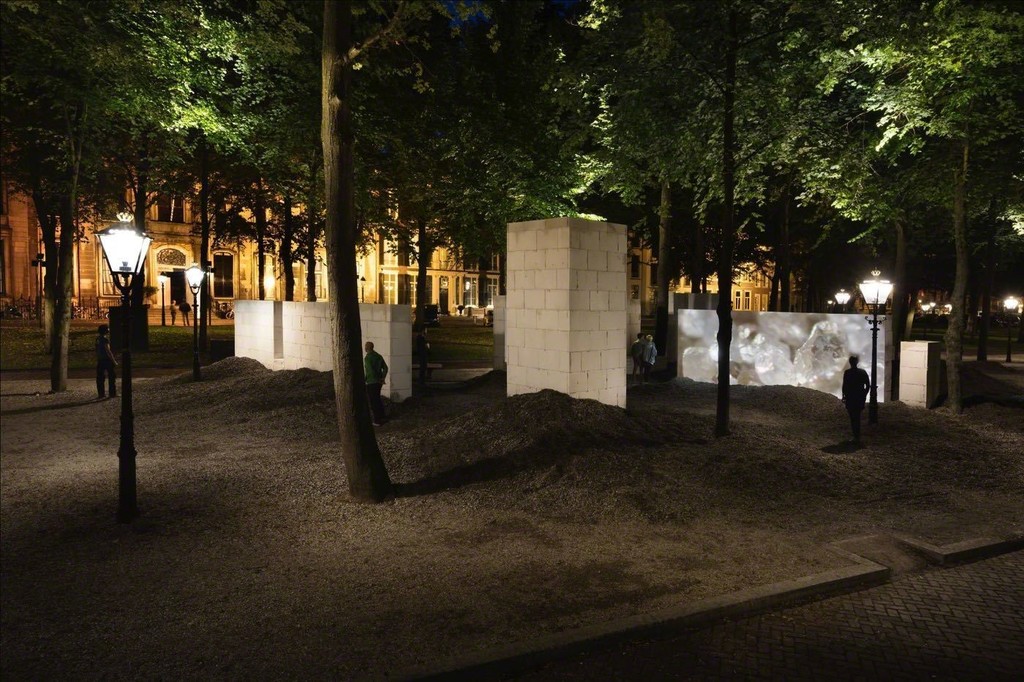 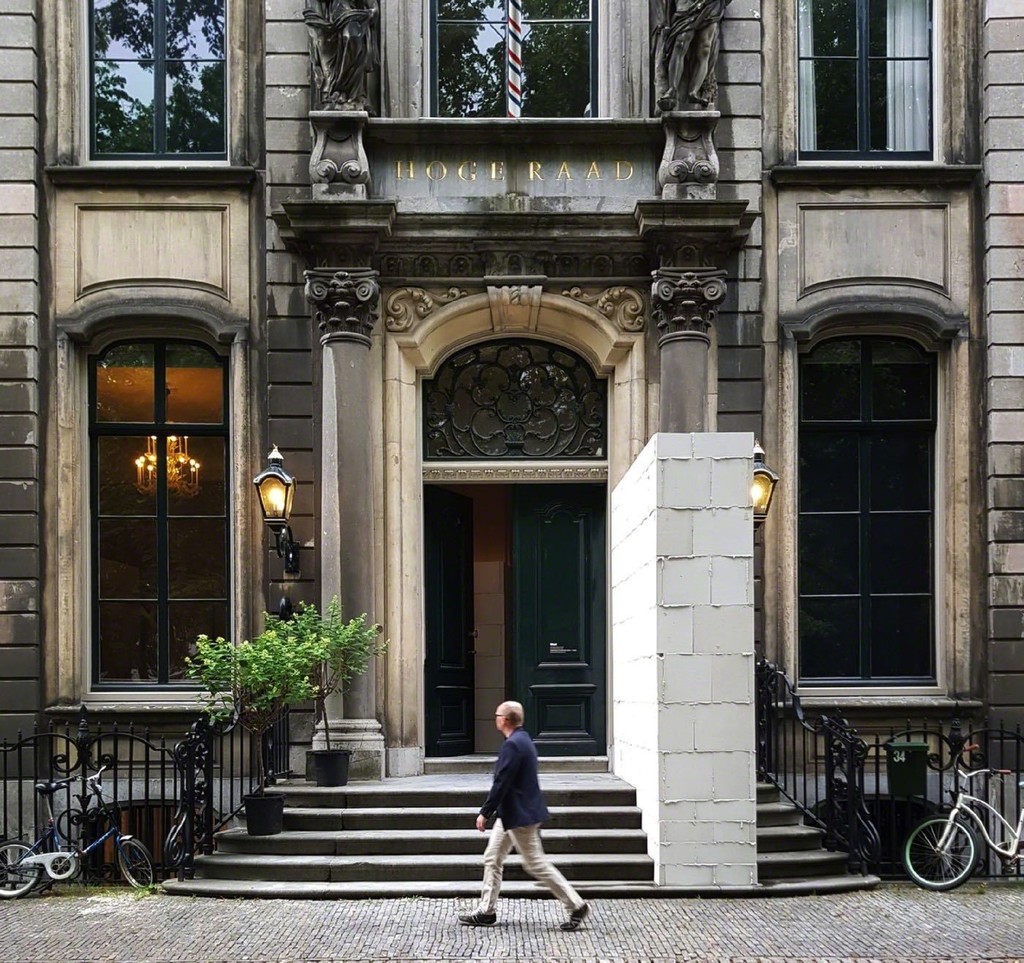 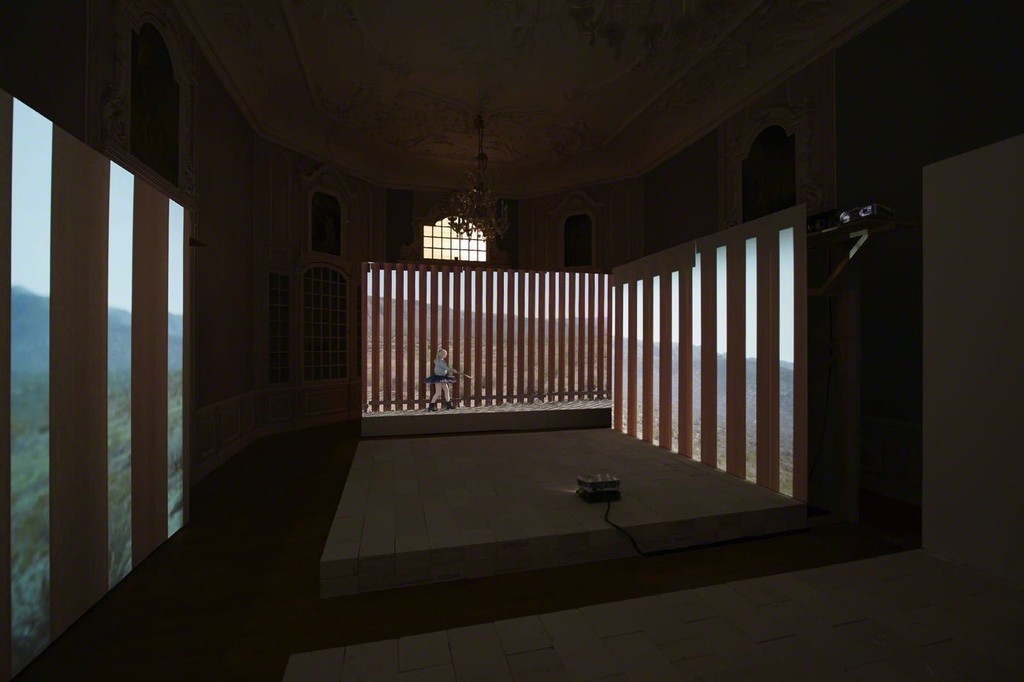 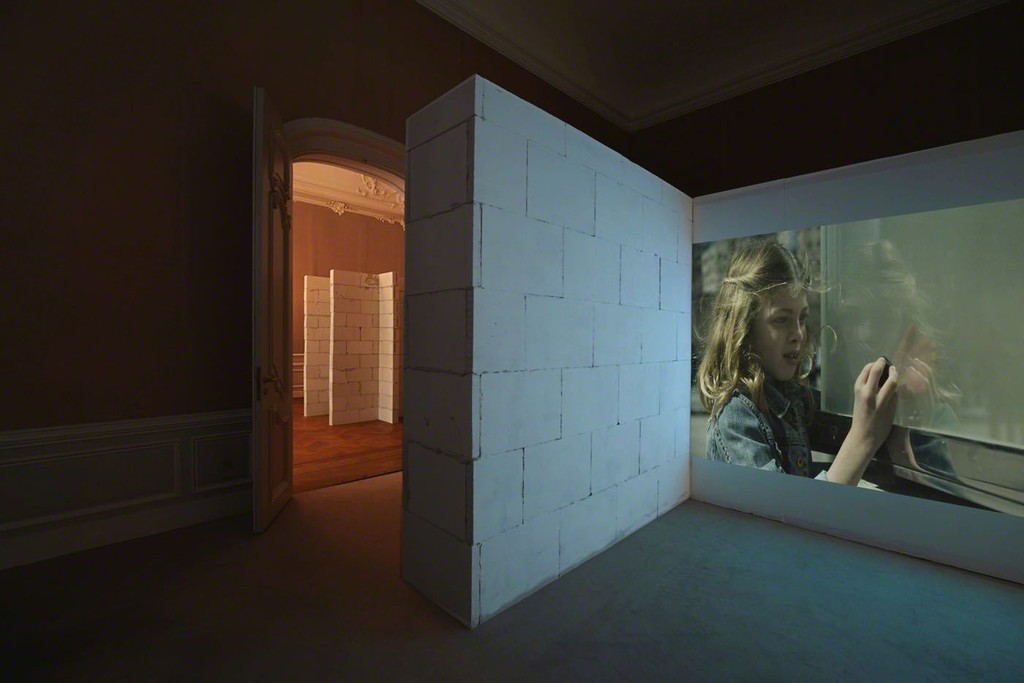 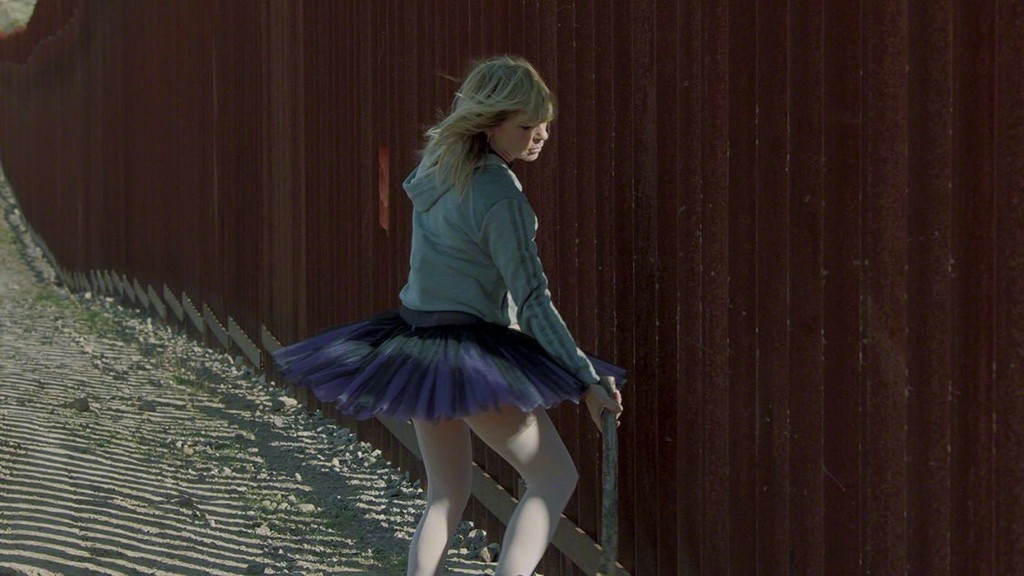 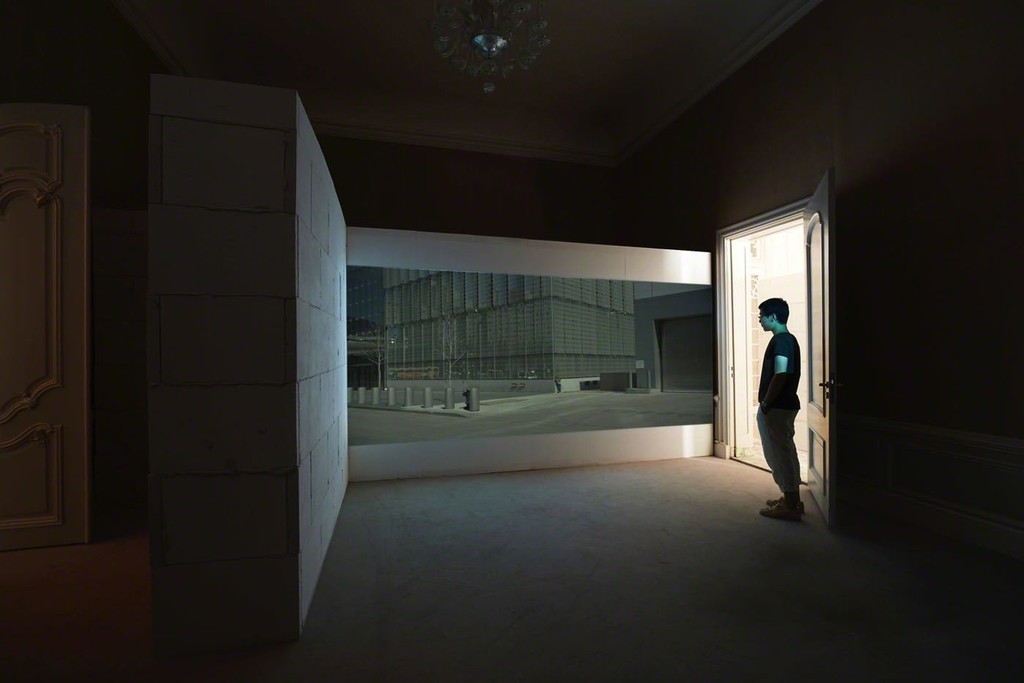 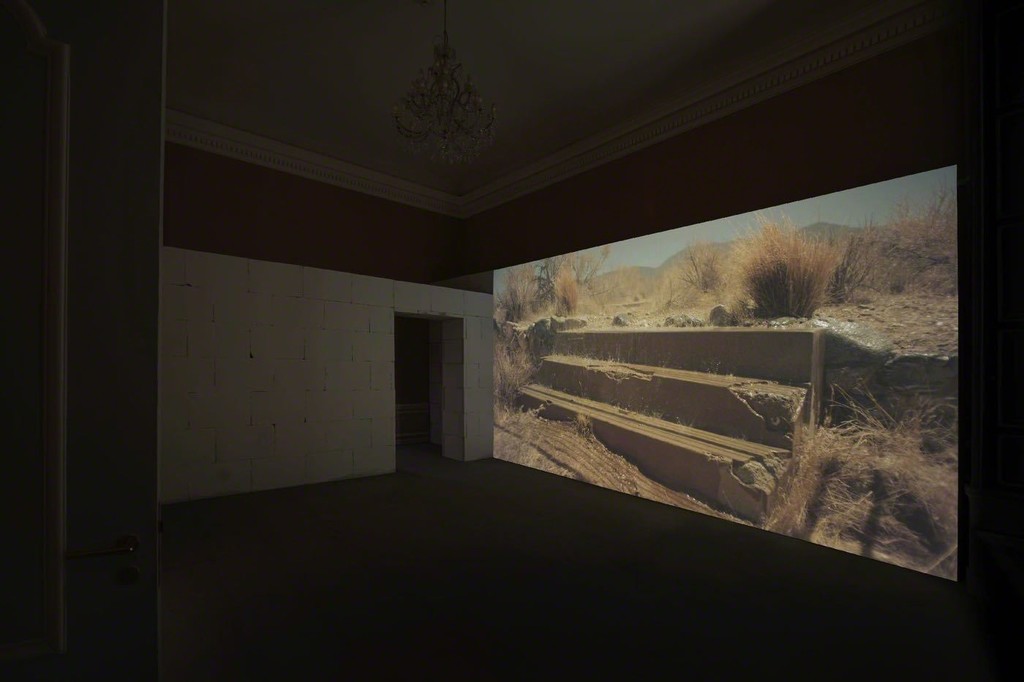 'The location is always a starting point in my work and always a major protagonist.' - Jesper Just

With this statement in mind Jesper Just gives the city palace ‘Huis Huguetan’ on the Lange Voorhout a leading role in the presentation of his work. Building on his fascination for the way in which architecture influences our behaviour, the artist has created a site-specific architectural installation in public space: a constellation of exposed walls and semi-open and semi-closed structures, spread over the path of shells under the linden trees. The grid of concrete structures refers to, and derives its title from, the ‘Continuous Monument’ design of the legendary Italian architectural collective Superstudio that played an important role in the overthrow of existing concepts of architecture and design in the 60’s and 70’s. The concrete walls direct visitors to Huis Huguetan, where a selection of Just’s films of the last ten years is presented. The selection of these films has been realized in a radical way, as they are based on the soundtracks of the films. Sound has always played an important role in Just's work. For this exhibition, the sound will function for the first time as some sort of ‘dogma’, which determines the choice and combination of the film clips. By amalgamating architectural interventions, moving images and sounds, Just creates an audio-visual overall experience, in which visitors are almost physically absorbed. This allows a different perception of the works, one that establishes a stronger relationship between the ‘poetic wanderings’ in the films and those of the viewers.

A new publication will be issued on behalf of this exhibition with an essay by Nina Folkersma.