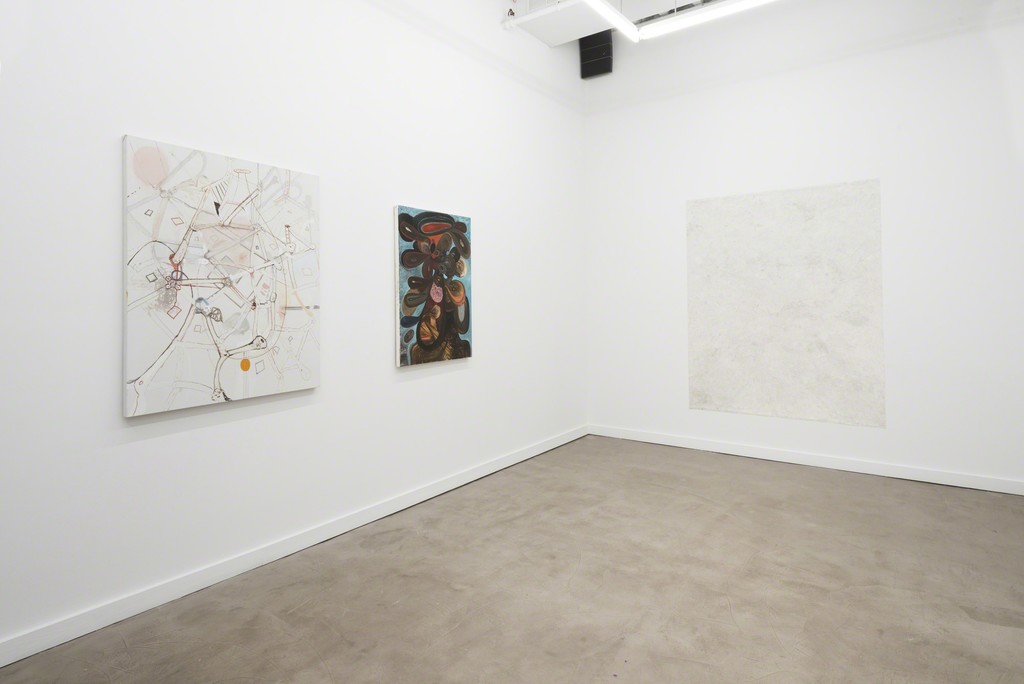 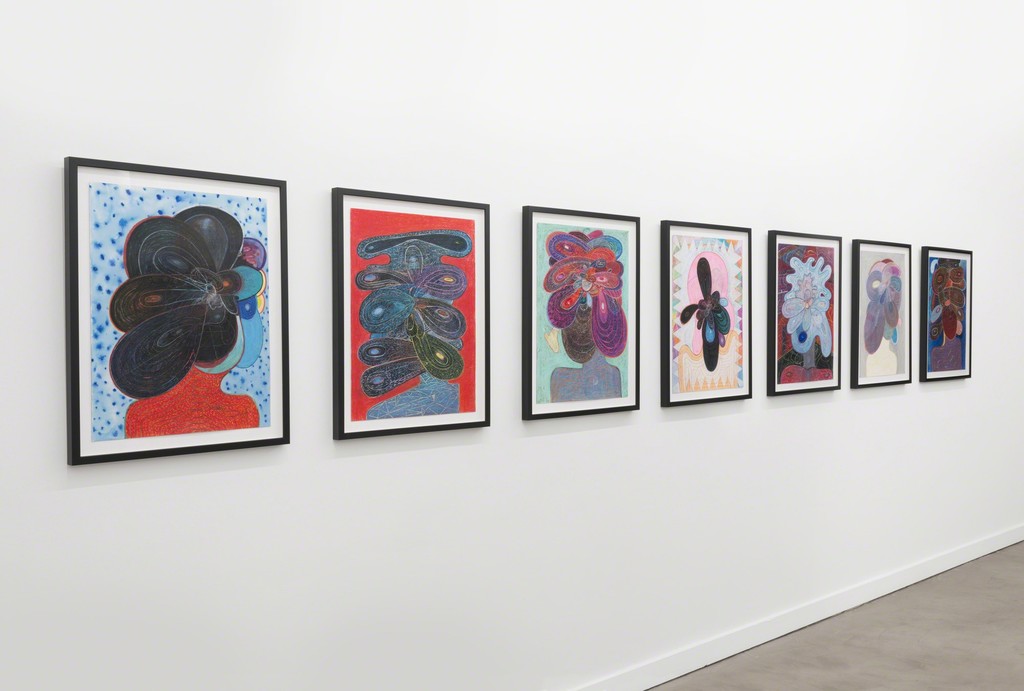 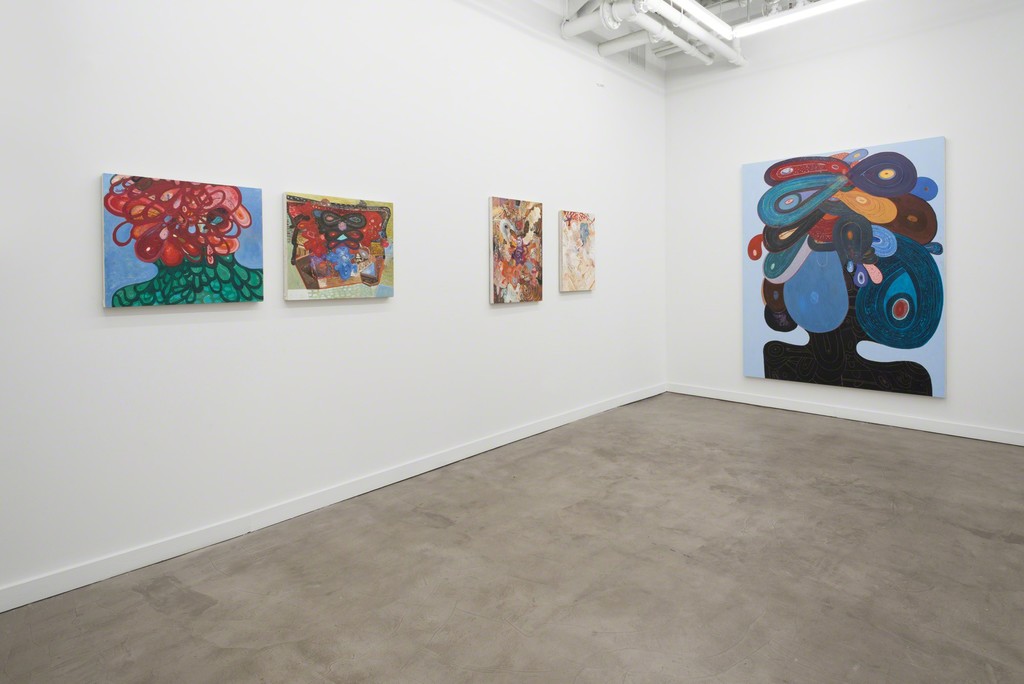 Western Exhibitions is thrilled to present our third solo show with RICHARD HULL. The Chicago-based artist will exhibit a series of crayon-on-paper abstract portraits in Gallery 1 and in Gallery 2, a new oil-on-wax-on-canvas painting, two never-seen-before paintings started over ten years ago, and a huge unframed drawing. The show opens with a free public reception on Friday, May 8 from 5 to 8pm and will run through June 13. Gallery hours are Tuesday-Saturday, 11am to 6pm.

Richard Hull joined the Phyllis Kind Gallery before his graduation from the School of the Art Institute Chicago, where many of Chicago’s legendary Imagist painters showed in the late-1970’s, including Roger Brown, Jim Nutt, Ed Paschke, Christina Ramberg and Karl Wirsum. He was known then for painting “abstracted architectural interiors where towers, gabled roofs, and arched doorways combine with geometric solids and intersecting planes to form a framework in which various figurative elements are situated.” (1). Hull calls his recent paintings and drawings (2011-2015) “stolen portraits.” His crayon drawings, in particular, are portraits in the form of hairdos, each one expressing a distinct visual personality rather than a representation of a particular individual. This quasi-figurative direction started with, of all things, drawing a horse’s tail for an exquisite corpse in a performative collaboration with MacArthur award-winning saxophonist and composer Ken Vandermark and the illustrator and printmaker Dan Grzeca. Hull has also been influenced by the concept of a Klein bottle, a non-orientable surface with no identifiable "inner" and "outer" side. In subsequent works, he has doubled and mirrored the tail/kidney shape, while exploring spatial relationships, both metaphorically and formally, between the geometric dualities of full and empty spaces. In Hull’s stolen portraits, horse tails now resemble looping flower petal forms - building blocks for portrait-like structures. The bulbous loops are accentuated by minute, repetitive, often concentric actions within the large masses.

The common crayons Hull uses for this body of work give each drawing a visceral, physical presence that is also transparent and ephemeral, and the heavy build up of wax allows for sgraffito, a scratch-like mark-making technique, to be applied to the various layers of color. Given that he thinks of the drawings as hairdos, it is not surprising to learn that he sometimes uses a comb to make the marks. The crayon drawings have been the primary focus of his studio work the past two years but they are not studies for paintings; Hull stated in a recent interview on Inside/Within: “I did the paintings before I did the drawings. The paintings lead me to the drawings.” The rigorous crayon drawings are distillations of the ideas achieved through Hull's investigation of the more fluid, sensual materials associated with oil painting.

A new massive “stolen portrait” painting hanging in Gallery 2 shares space with two paintings that were each started around 10 years ago and have recently been reworked. These earthy works revisit and readdress the issue of landscape and the figure in it. They differ from his recent portrait paintings in that the delineation between the figure and ground becomes blurred; the image is overtaken by the paint. Joining these paintings is a large pencil drawing “Passage” that Hull started with the idea of making a million discreet marks, vaguely thinking of a body of water or an undulating terrain, while really describing nothing except perhaps the passage of time.