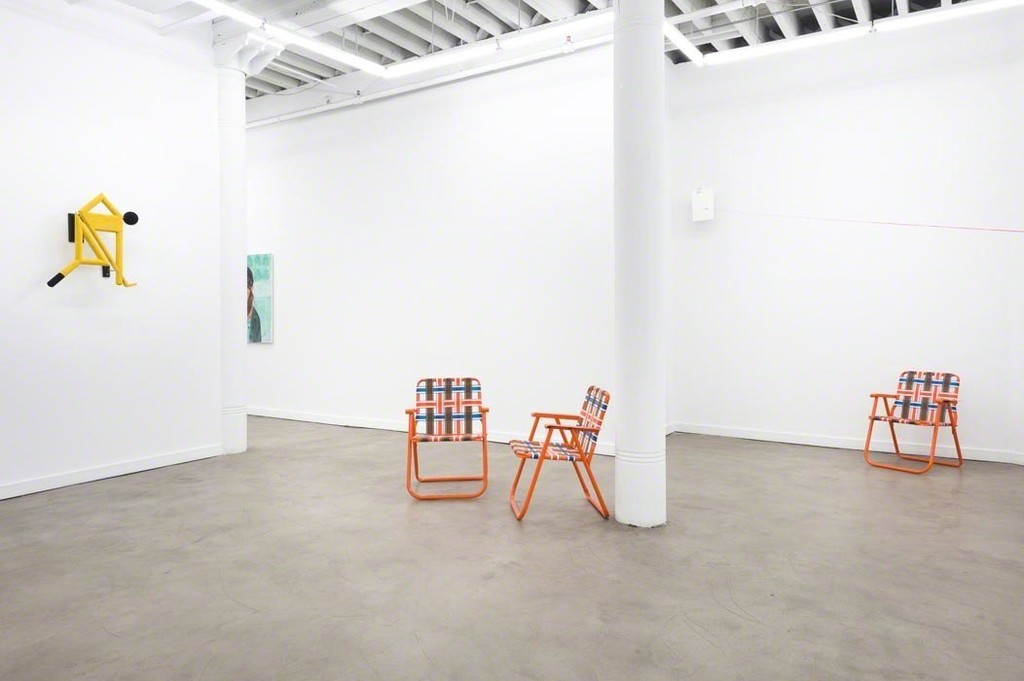 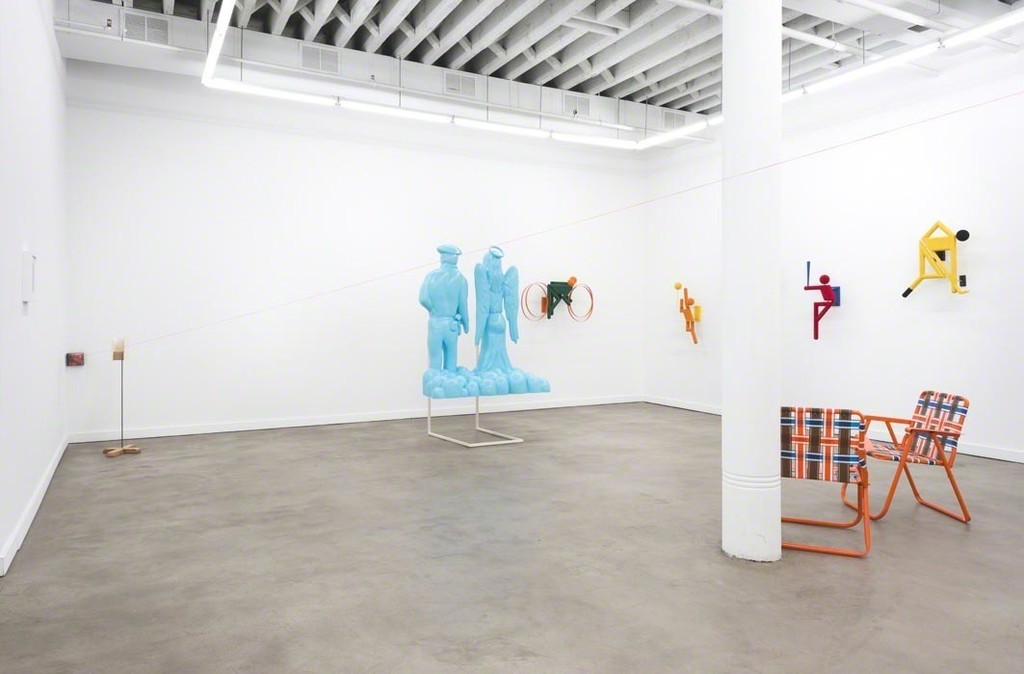 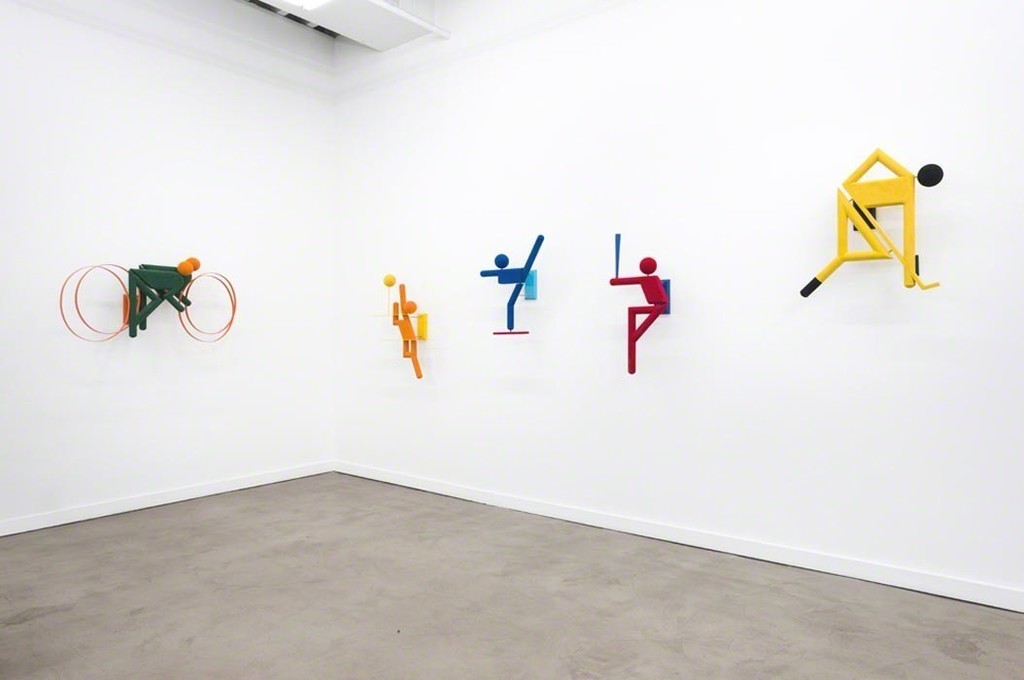 Ben Stone’s sculptures elevate ubiquitous icons and ever-present visual ephemera through a compulsive attention to detail and fastidious production quality. He has built his career off of a sensitive study of this omnipresent imagery found in advertising and signage, public speech, and encounters in his daily life. By enlarging the scale of his source material and remaking it into a three-dimensional form, he transforms a derivative of a derivative into a de-coded, un-conditioned original. In his show at Western Exhibitions, his fourth with the Chicago-based gallery, Stone continues his exploration of the contemporary psyche as he reckons with violence and corruption in his midst and in society at large; his frustration with politics, both local and national; bad or just plain weird public iconography; and his continued exploration of his own self-worth as an artist. Stone’s sincere pursuit of profundity within sloppy, over simplified imagery and lazy ideas transcends irony, groping towards the tragicomic. In a culture supersaturated with abject visuals and hollow messaging, Stone’s sculptures are unflinchingly honest, and take nothing for granted.

A larger-than-life-sized figurative sculpture, carved and painted polystyrene, of a cartoonish angel leading an armed policeman into heaven, will anchor the show. The piece, All Popos Go to Heaven, was inspired by an etched granite First Responders Memorial seen by Stone in Berwyn, Illinois, where the artist currently resides. Stone’s initial fascination with this image was in the ham-fisted manner the original artist chose to depict as well as the city planners who thought such a poorly rendered image would suffice for this memorial. Amidst tense current scrutiny of systemic police brutality, this complicated sculpture offers uncomfortable associations with current events in the public sphere, existing somewhere between good and evil. Both an indictment of the poor quality of the monument’s rendering, as well as a questioning of the dubious sentiment behind it, it offers no specific answers because, In Stone’s mind, there are none. It is an earnest attempt to come to grips with the trying issues of our time as it grapples with how public speech and imagery becomes politically coded.

Another elaborate sculpture captures evidence of a random shooting near Stone’s studio: a casting of the windowpane, hole in the wall and the bullet from the incident. On the morning of December 4, 2014 studio mate and fellow gallery artist Geoffrey Todd Smith arrived to find some broken CDs on the floor and a hole in his studio wall. Confused, considering that maintenance was ongoing in the space, Smith called to see if Stone knew what happened to the wall, to no avail. Smith cleaned up the space, moved a CD rack and heard a piece of rattling metal: there, buried in Belle and Sebastian's, "If You're Feeling Sinister" CD was a very large bullet. Tracing the trajectory, it entered through a window, passed through Stone’s studio and the spot where he normally works, ripped through a free-hanging poster, exited Stone’s wall and blew out through Smith’s wall just beneath a painting. The Chicago Police Department was alerted but chose not to investigate.

Stone also coaches his daughter’s athletic teams and a series of whimsical wooden sculptures reflect time spent in gymnasiums. He’s been captivated by felt wall-hangings seen in a school gymnasium, pictographs of figures at play, not unlike the graphic imagery used to signify individual Olympic sports. States Stone: “ They were probably hung there in the ‘80’s, intending to inspire champions via soft felt, in a realm where so many failed, were picked last and felt bad about unimportant athletic prowess. The clumsiness of the visuals are both funny and sad, just visual metaphors for inevitable failure.”