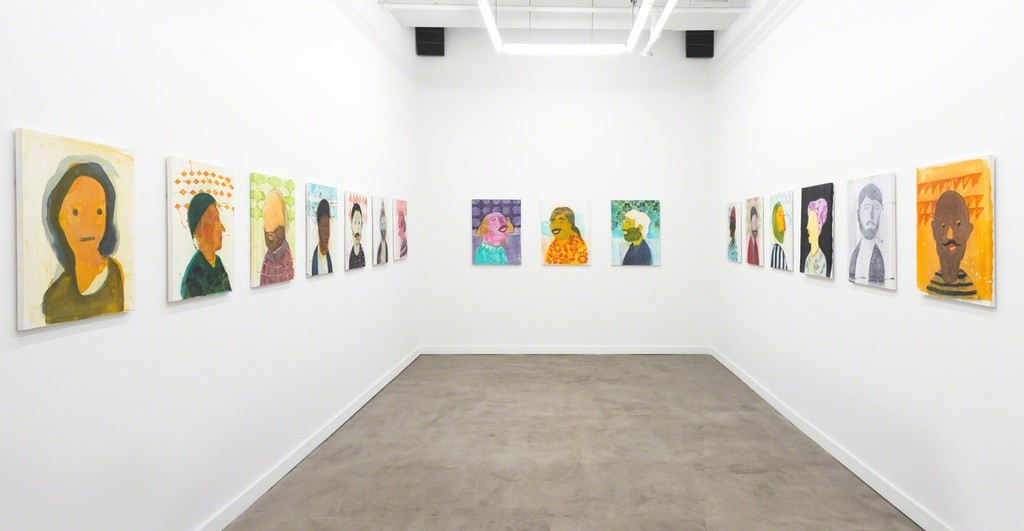 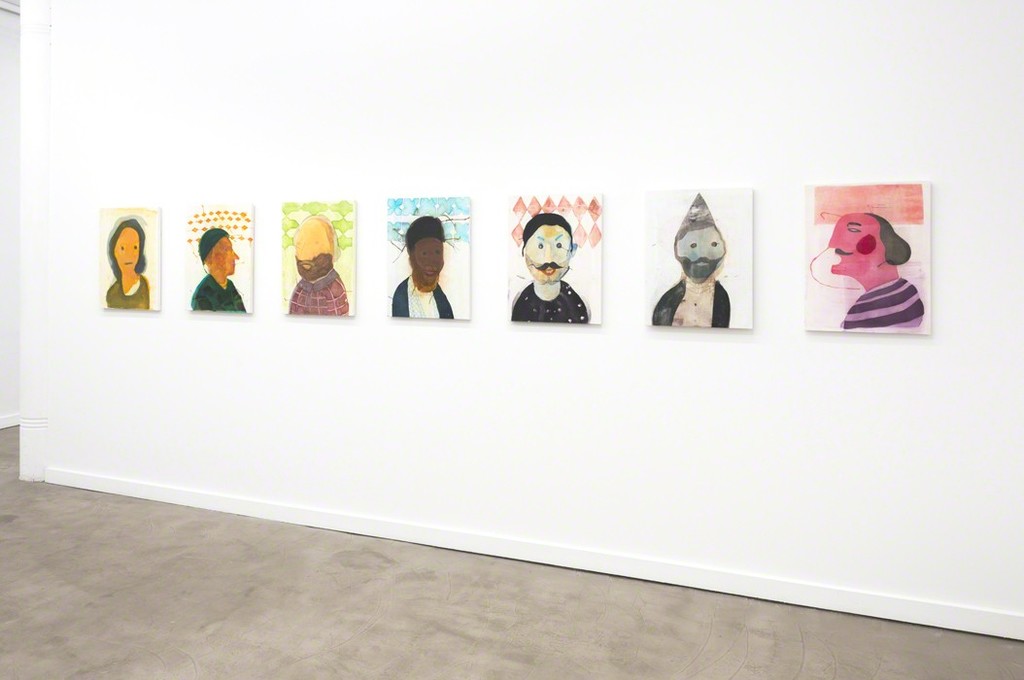 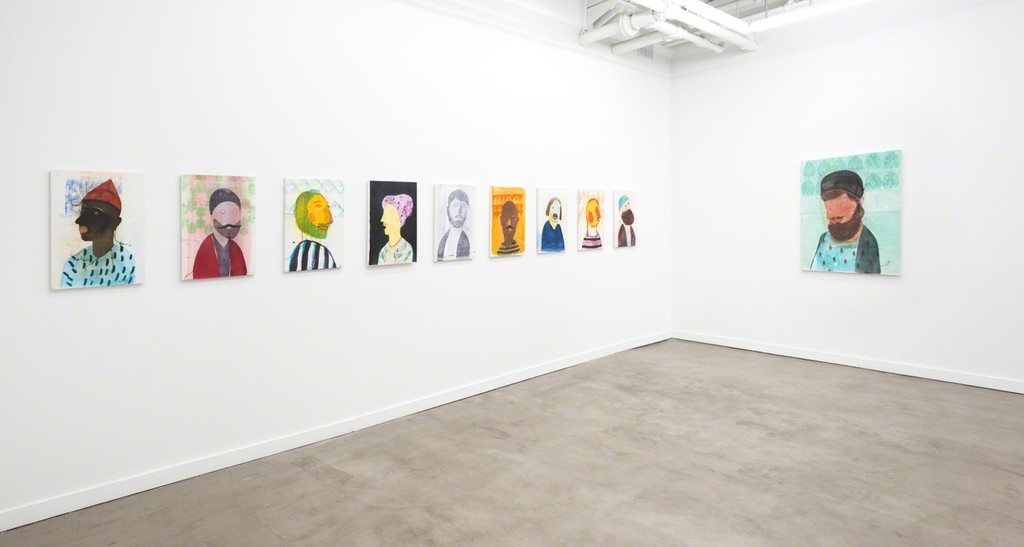 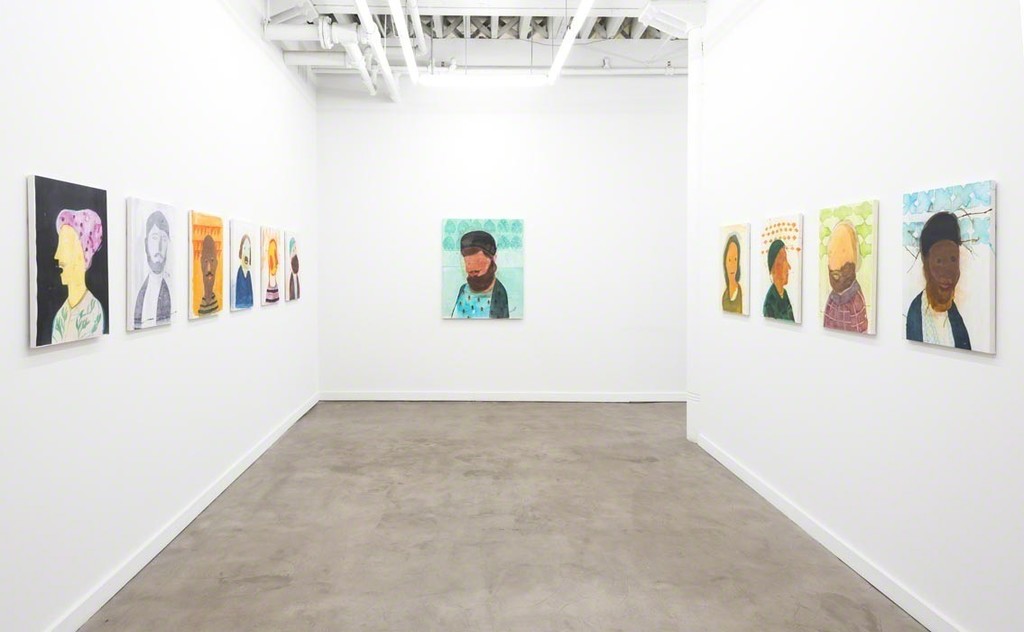 Orkideh Torabi (born 1979, Tehran, Iran) will present paintings that lampoon Iran’s patriarchal society, depicting Iranian men as absurd figures, hoping to draw attention to the personal, political and social issues that Iranian women face. She aims to mock the complex and fragile masculinity of the Iranian society in which women seem completely absent, stripping the male oppressors of their power by undermining the culture of machismo that pervades Iranian society. Says Torabi: “In demasculinizing them, and through repetition and displacement, I allow myself, as a female, to possess their power.” She uses cartoonish whimsy to undercut the bravado of the men she mocks, as being made into a clown is the greatest insult that could be levied, at least to these men. Her caricatures of male Iranian archetypes are made by painting on a silkscreen with fabric dye, then dragging the image through to the canvas using a squeegee — essentially a monoprint — a technique that relies on chance and imperfections, generating lurid, vividly saturated surfaces.

Writing recently in the Chicago Reader, artist and critic Dmitry Samarov observed “…the pieces that affected me the most were Orkideh Torabi's portraits. Silk-screened onto cotton in an odd, batik-like stained technique, the faces are eerily anonymous, yet somehow particular and subjective. Some seem like playing-card silhouettes, while others are reminiscent of circus posters or mugshots. Slippery, unfinished patterns lend an unsettled, mysterious demeanor. Their grouping forms a sort of rogues' gallery, though each offender's crime is to be supplied by the viewer's imagination.”

Orkideh Torabi received her MFA from the School of the Art Institute of Chicago in 2016, and she received her MA and BA from The University of Art in Tehran. Her work has been shown in Chicago, Austria, and Tehran. This is her first time showing at Western Exhibitions and her first solo show in the United States.