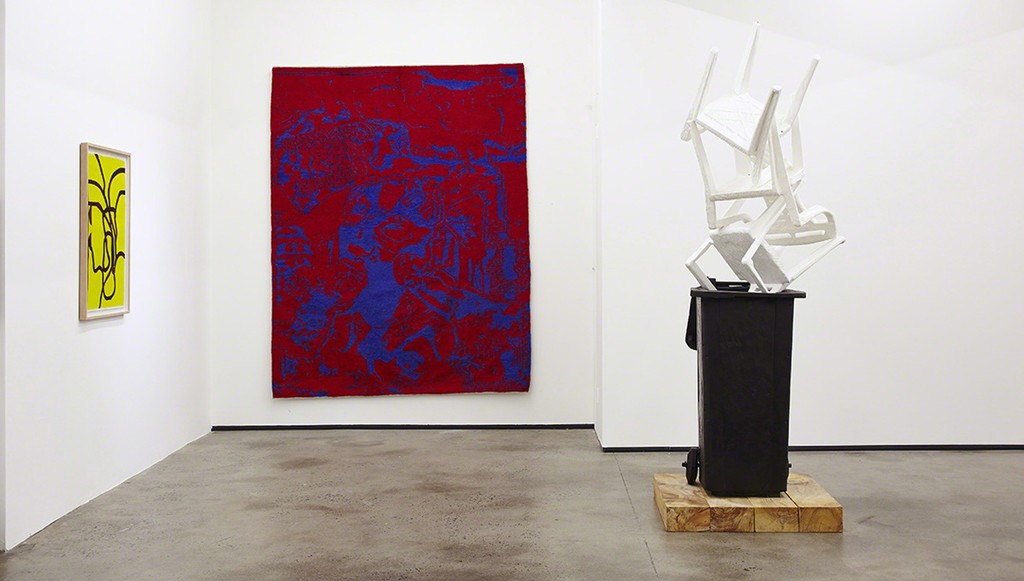 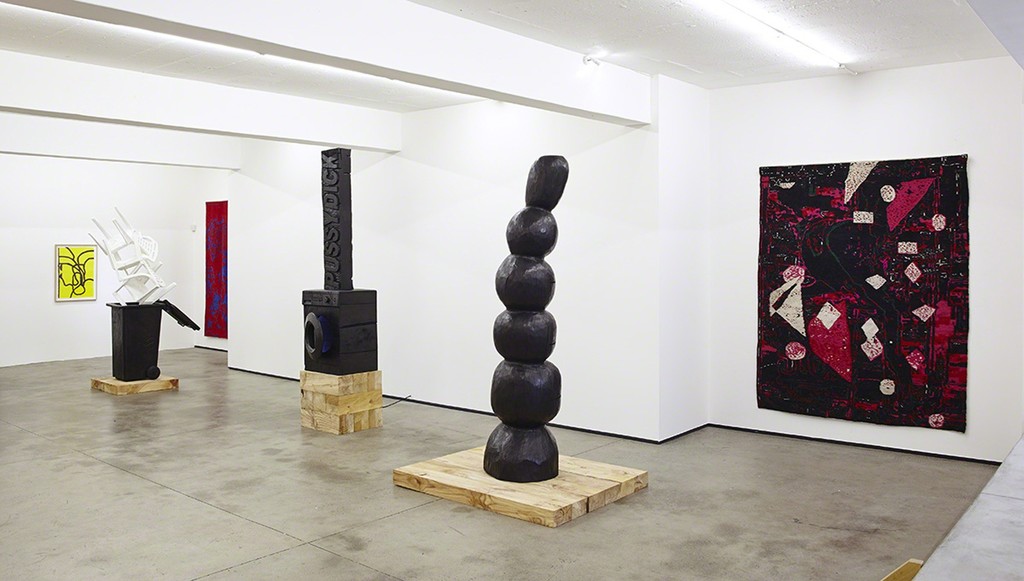 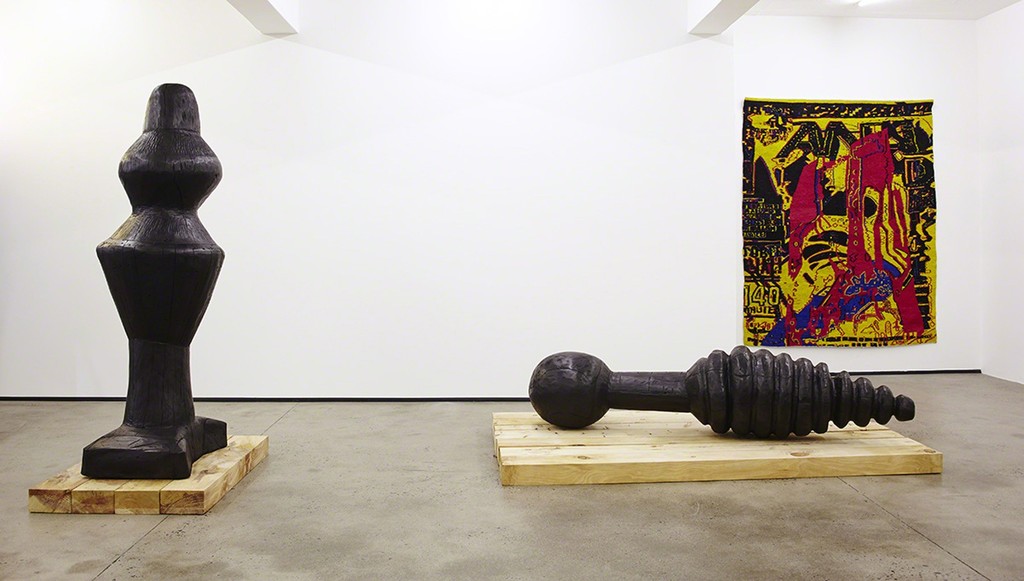 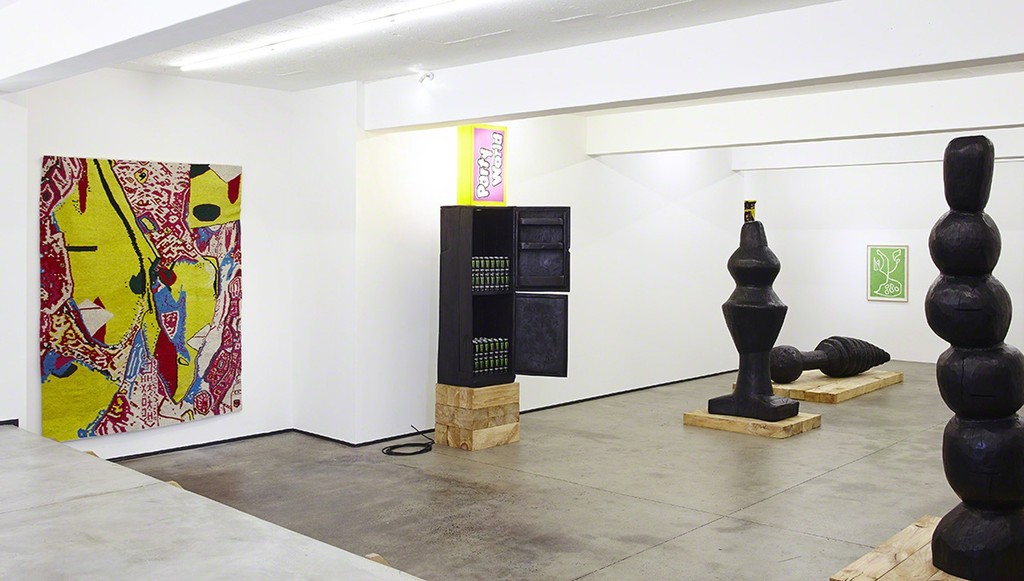 In this body of work, Platter has looked towards an internal landscape, while cannibalizing personal, political, and social sources to recharge the contemporary experience. These new series, hybrid monuments to transience and impermanence, highlight Platter’s continued subversion of both medium and content.

In his recent totem-like sculptures, Platter has carved giant wooden forms in an aim to fabricate artifacts, albeit artificial ones, in a state of constant decay. Platter uses the charged history of the original objects on which the forms are based in an attempt to produce an ‘authentic’ sculpture. In another sculptural series, collectively titled Aspirational Dimensional Combines, Platter uses collage, as a way to collapse mediums and meaning. One work shape-shifts into the form of a refrigerator and Pleasure Centre, another from a washing machine into a portal to the 4th dimension. These works are contemporary relics from a dystopian future.

Monster, which forms part of a series of four large hand-woven tapestries, reconfigures the artist’s two-dimensional oeuvre, acting as a bridge between his drawings, paintings and digital works. These tapestries are a result of intense collaboration between the artist and weavers at the Rorke’s Drift Arts & Craft Centre. Although abstract in form, their designs are based on highly degraded pornographic DVD covers. These process driven works are concerned with therapy and the collage of archive, landscape and history. They exist in a grey zone between craft and painting; waste, beauty, and disgrace.

The drawings presented in I Saw This act as formal and conceptual links between the different works on exhibition, as well as between past and future output. The focal point of these drawing works is This Is How It Happened, a new large-scale wall-drawing and Stations, a large-scale triptych reflecting the artist’s ongoing investigation into the residue of excessive consumption and decay. Gold, a series of charcoal drawings, have their genus in a set of drawings made in strip clubs. These nocturnal public performances mutated into a private studio practice, where Platter recreated scenes captured in those locations. This has resulted in a radical restitution of experimental drawing as a central part of Platter’s practice.

Platter’s ceramics are based on marginal vessels, discarded fast-food containers, buckets, cooking pots, beer pots and mugs. The works are of dichotomous process, in that although driven by a therapeutic hands-on approach they finally undergo the uncertainty, degradation, and loss of control in the firing process. As with all his output, these works occupy a site between creative progression and regression.