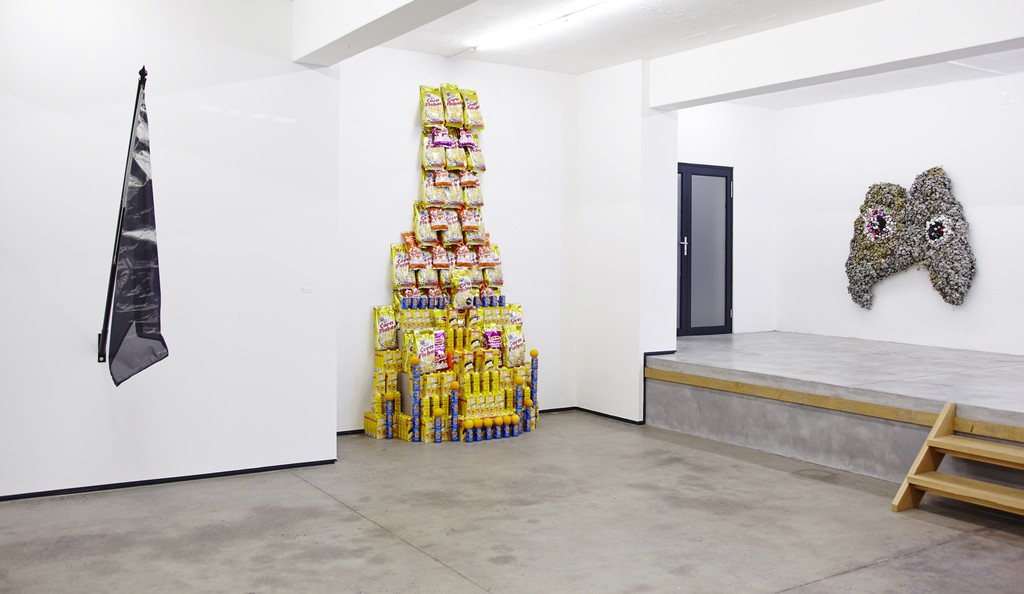 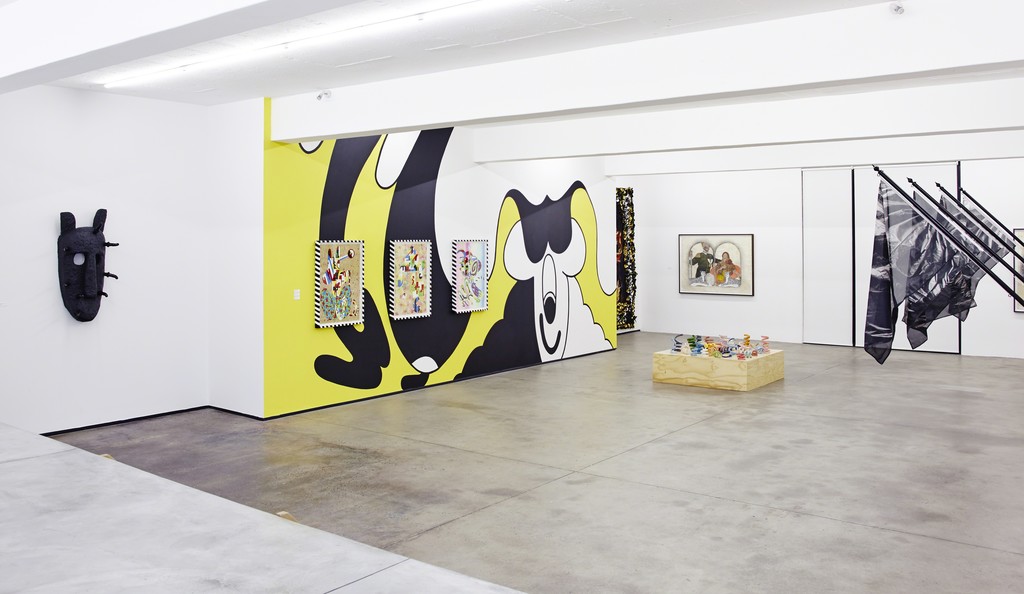 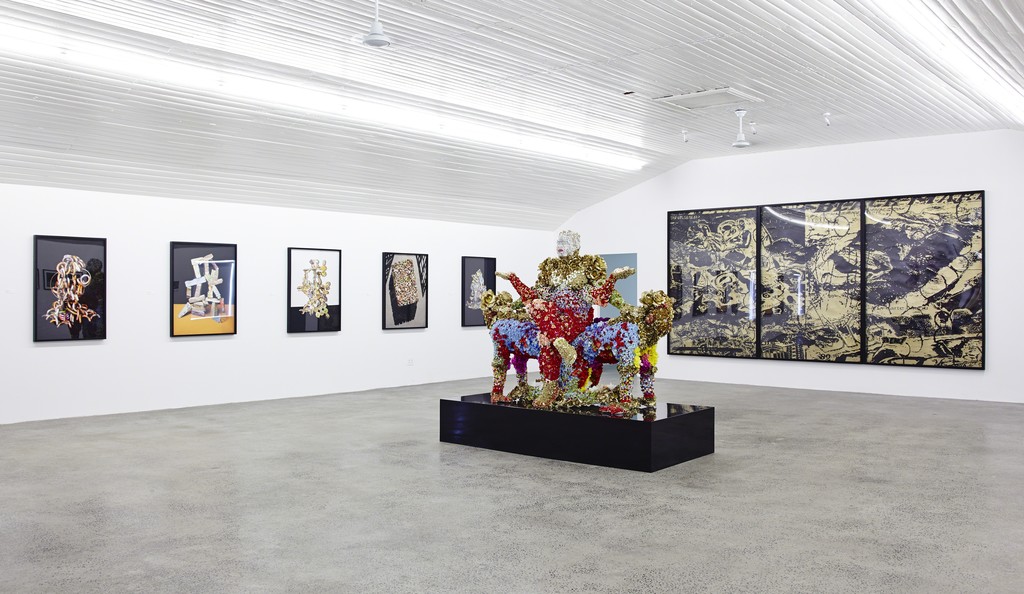 In all cases the work is a reaction to dominant hegemonic structures. Whether it be through the direct questioning of western depictions of history, colonialism –and its attendant capitalist enterprises, as in the work of artist Frowhawk Two Feathers, or as in Nico Krijno’s work: which destabilizes the primacy of certain modes of production and the objects through which they manifest. For Krijno a curtain ring or sponge becomes something fantastic and visually tantalizing. Whilst in the work of Chloë Hugo-Hamman a “family sized” chip packet becomes a monumental almost religious object. Removed from the clutter of the supermarket shelf it becomes a signifier for both class and consumption. Rodan Kane Hart continues this reinvention of the banal – the humble and unsophisticated braai grid becomes an aesthetic homage to hard edge modernism.

Symbolic representations of state, citizenship and revolution are a strong undercurrent to much of the exhibition, particularly in the works of artists Athi-Patra Ruga and Rowan Smith. Whilst radically different in medium and approach both challenge the widely accepted platitudes of nation building and primacy of the state. Smith’s work seeks to empty symbols of their significance – to strip them of the patina of truth. Ruga’s work performs in exactly the opposite way, proliferating ideologies and embellishing extravagant symbols to support them. Both function as a reaction to South Africa’s status as a post revolutionary state, a foil to empty political rhetoric and growing class disparity.

Within the context of the post-colonial state, ideas expressed by artists like Smith and Ruga spill into discourse around migration and the experience of exile and alienation of people living in the diaspora.

Through the restructuring of images culled from disparate print material the elegant collage work of Nigerian born artist Marcia Kure suggests the loss of certainties, postcolonial destabilization and the fragmentation of identities. The issues of territory, borders and belonging, as explored by Zimbabwean artist Dan Halter, key into Kure’s mediations on the post-colonial existential condition. Halter symbolically re-maps these “non places ” that exist solely in the memory of the displaced, through the physical deconstruction and re-fabrication of images taken from Google maps.

Underpinning much of this exhibition are questions of authenticity, and the consumption of images and ideas with increasingly blurred boundaries between the signifier and the signified. This is scathingly critiqued in Cameron Platter’s work Endless Pleasure Love Vibes Lover G. Existing as a pastiche of the tribal curio object, the work speaks of the commodification of culture and the erosion of the authentic object until it ceases to exist and becomes a one dimensional consumable representation of itself.

Also presented in the exhibition are photographers Oliver Kruger and Lakin Ogunbanwo. Both of these artists find their subjects in the urban metropolises of Johannesburg and Lagos and use portraiture to expand on the aesthetics and tradition of African studio photography. Through his ongoing series Golden Youth, Kruger documents new currents in Johannesburg’s youth culture. In contrast to Kruger’s portraits of stark individuality, Ogunbanwo’s figures almost shy away from the camera. Never fully revealed, they draw the viewer into a more emotionally charged and ambiguous relationship with the image.