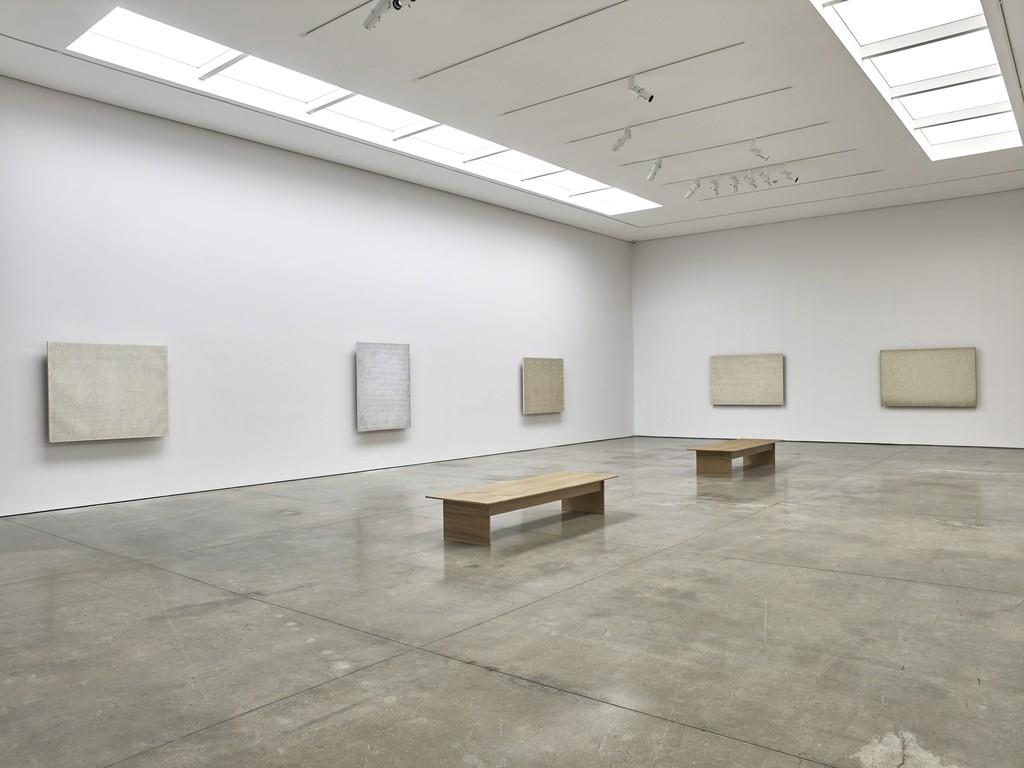 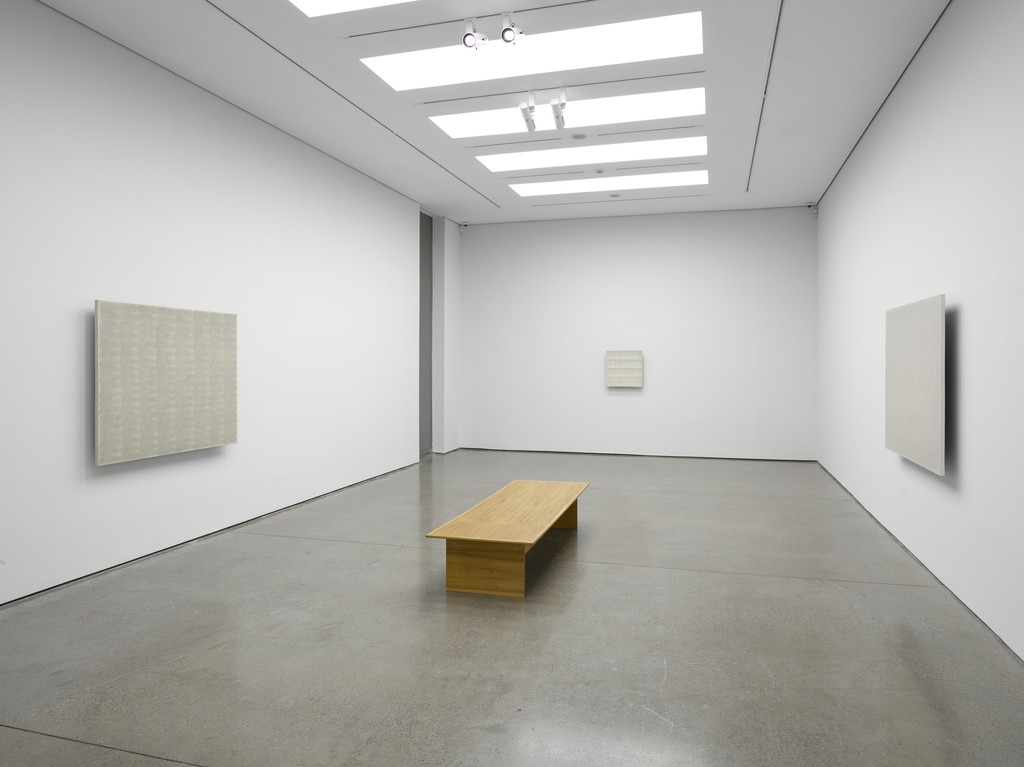 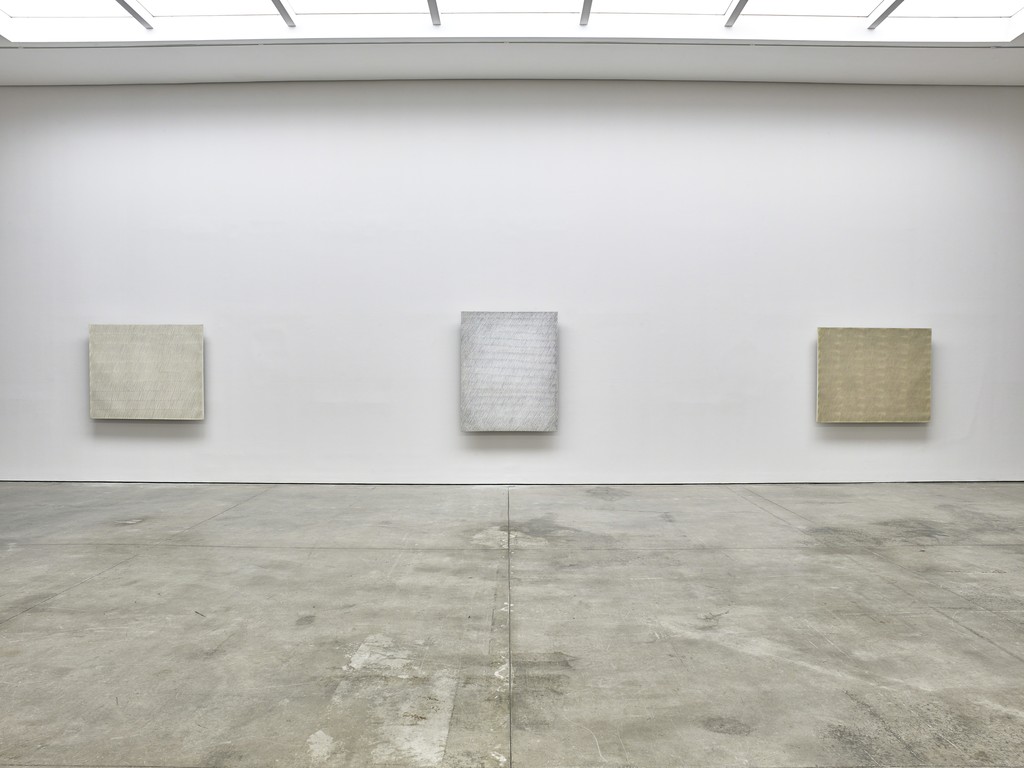 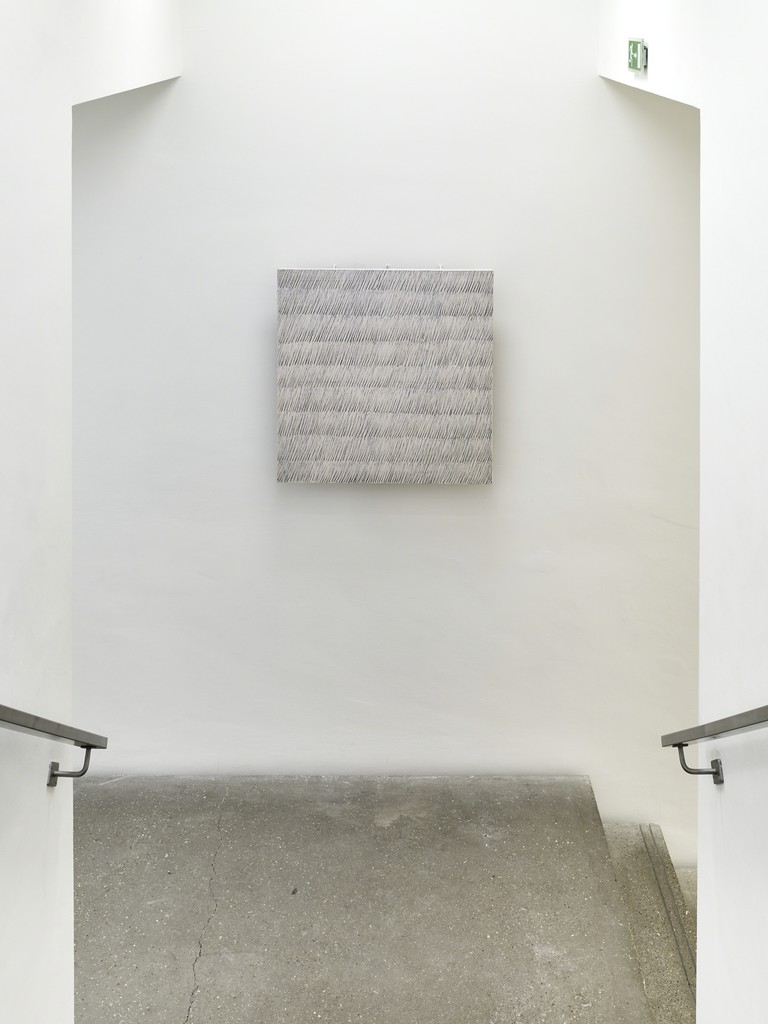 ‘My work is […] related to the oriental tradition of space, the spiritual concept of space. I am more interested in space from the point of view of nature. Even though my paintings may represent an idea about culture, the main focus is based on nature […] I want to reduce the idea and emotion in my work to express only that. I want to reduce and reduce – to create pure emptiness.’ Park Seo-Bo ( 2006)

White Cube Mason’s Yard is pleased to present an exhibition of paintings by Korean artist Park Seo-Bo, the first solo exhibition of his work in the UK. Alongside Lee Ufan, Park Seo-Bo is widely considered one of the leading figures in contemporary Korean art. Credited as being the father of the ‘Dansaekhwa’ movement, he is best known for his ‘Ecriture’ series of paintings which he began in the late-1960s. This exhibition traces the origins of these works and includes 16 paintings made between 1967–81.

Born in 1931 in Yecheon, Gyeongbuk, Park Seo-Bo was part of a generation that was deeply affected by the Korean War (1950–53) which divided the country into North and South. After experimenting with Western abstraction, particularly the style of ‘Art Informel’ with which he became familiar during his time in Paris in 1961, Park began to explore a more introspective methodology that had its origins in Taoist and Buddhist philosophy and also in the Korean tradition of calligraphy. This focus was shared by his contemporaries including Chung Sang-Hwa, Ha Chong-Hyun, Chung Chang-Sup, KIM Whanki and together they loosely formed what has been termed the ‘Korean Monochrome Movement’ (Dansaekhwa).

Also known as ‘Myǒbop’ in Korean, which translates as ‘law of drawing’ or the ‘way of drawing’, in Park’s ‘Ecriture’ paintings, he eliminates any form of gesture, focusing instead on a sense of dynamic continuity through repeated pencil lines incised into the painting’s monochrome surface. Executed in a single sitting, before the paint has time to dry, the works reflect a sense of immediacy and totality; time, space and material underpin all of his work.

The paintings demonstrate the persistence of the monochrome since, despite these regular incisions into the white paint, from a distance they appear to be only one colour, or perhaps, an empty painting. Park’s use of white is fundamental, since it acts as a signifier of immateriality in Korea, often representative of sun and light. Conceived in a fleeting moment, Park’s calligraphic marks reflect his interest in reaching a sense of ‘pure emptiness’, an attempt that is made afresh with each new painting.

Park Seo-Bo graduated from the painting department of Hong-Ik University in Seoul in 1954 and received an Honorary Doctorate from Hong-Ik in 2000. He has been widely lauded throughout his career for championing Korean art, and was awarded the Silver Crown Cultural Medal in Korea in 2011. His work has been exhibited internationally, including the Venice Biennale (2015, 1988), Samsung Museum of Art, Seoul (2014), Busan Museum of Art (2010), Portland Museum of Art, Oregon (2010), Singapore Art Museum (2008), Kunsthalle Wien, Vienna (2007), The Miyagi Museum of Art, Sendai (1993), Tate Liverpool (1992), Brooklyn Museum, New York (1981), and Expo ’67, Montreal (1967). His work is included in the collections of the Hirschorn Museum and Sculpture Garden, Washington, Solomon R. Guggenheim Museum, New York, M+, Hong Kong, Guggenheim Abu Dhabi, UAE, The National Museum of Contemporary Art, Seoul, and the Museum of Contemporary Art, Tokyo, amongst others.

A fully illustrated catalogue will be published to mark the exhibition.